Become a Member
Ad
Caste and language are losing significance in urban India, at least as far as marriage is concerned, according to a survey of more than 400 single adults in Delhi, Mumbai and Bangalore. But other social traditions are not being forgotten: adults between the ages of 20 and 35 say the most important thing is that their partner respects elders and treats their spouse’s family just as they do their own.

More than half of the participants in the survey conducted by Floh, a forum for singles to meet and interact online and offline, said they would take the decision of whom to marry jointly with their parents. Only 22% believed that they could marry someone their parents did not entirely approve of. The respondents all came from similar socio-economic background, with at least an undergraduate degree and earning more than Rs 40,000 per month.

Floh founder Siddharth Mangharam believes that the survey shows that India treads its own path when it comes to social interactions. “We are not following some Western ideology, just 20 or 30 years behind,” he said.

Young urban Indians – and parents, who were also interviewed – seem to have unshakable faith in the idea that humans fall in love at first sight. When asked, 71% of single adults and 62% of parents said they were convinced the phenomenon existed. Most respondents’ main reason for being single was that they had not found the “right one”. 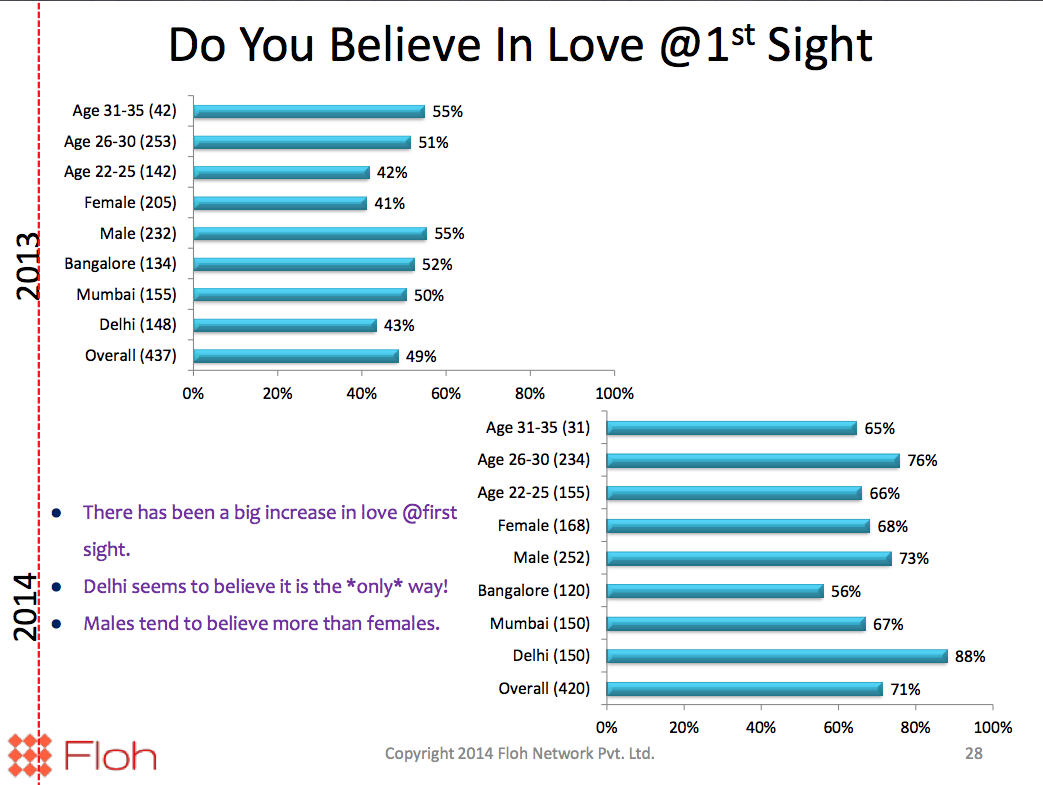 Mangharam says that people have become more traditional in their thinking compared to late 2012, when the first Floh survey was conducted. In Mumbai, he says, people have become less open to having live-in relationships. Across India, people are more wary of going on a blind date or speaking to a stranger. Mangharam attributes the change to two factors. “One is that the country is moving towards a more conservative collective conscience,” he said. “The other is that after the whole Nirbhaya episode people are becoming more concerned about their safety and more fearful.”

Concerned by the rise in divorce amongst their peers, respondents in the Floh survey also stressed that compatibility was a major criterion for marriage. The most desired qualities in a future partner were being down to earth, the ability to compromise and an affinity for home-cooked food. They also chose an intelligent partner over a rich one. The survey found that the least desired habits in a prospective partner are drinking and smoking. Turn-offs included poor communication skills, being overweight and not wanting children. 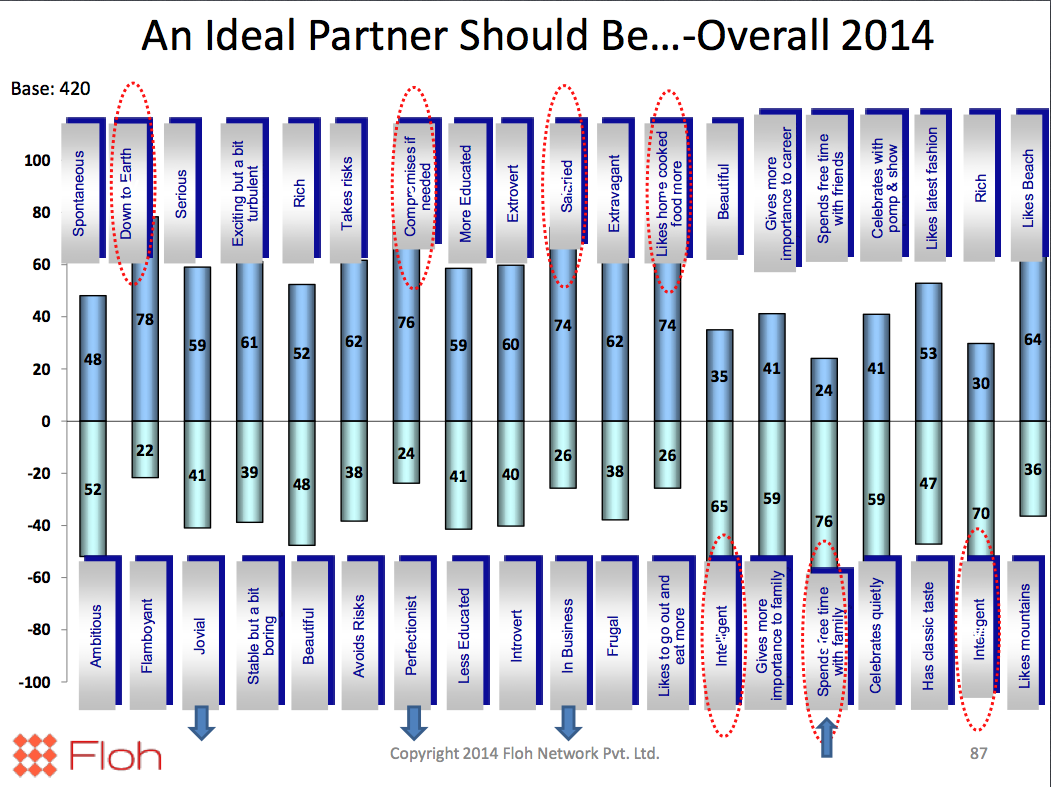 More city-dwellers are now looking for spouses from friends and family. They’re even seeking romance in clubs and gyms. Men and women are taking more time to get to know their partners before deciding on marriage. They are showing more resistance to being set up by their parents. Parents themselves are getting involved later in the process. Floh founder Mangharam claims that even matrimonial sites are losing their allure, as men and women become more determined to enjoy the process of finding a partner.

HatkeShaadi founder Chaitanya Ramalingegowda has also observed this trend, but only in the five big metros – Delhi, Mumbai, Bangalore, Hyderabad and Kolkata. “I believe that that is a tiny portion of India,” he said. “Whenever we have changed our advertising patterns to try and reach out to Indians who are not urban, very well educated or earning a lot of money, we hit that roadblock of caste.”

Not just casual sex: Tinder is being used for everything from political campaigns to businesses