Contribute Now
Ad
Indians are among the most prolific consumers of internet pornography in the world, and increasing numbers of men – and women – are streaming it on their mobile phones.

Compared to the national average of 8.22 minutes per session (34 seconds less than the global average), users in the northeastern states view more pages on Pornhub.com for longer, than any other region. Delhi is no shrinking violet either. 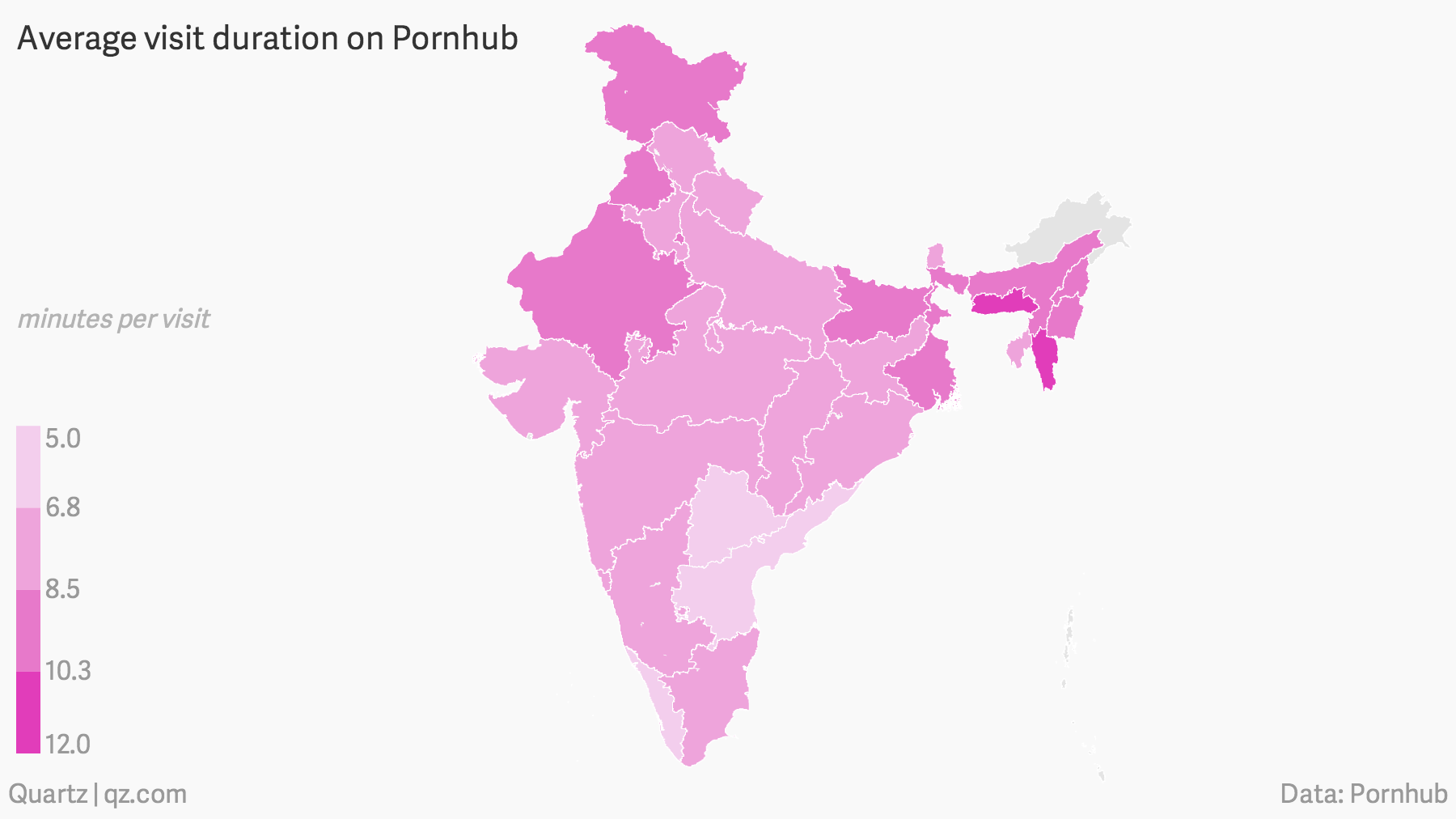 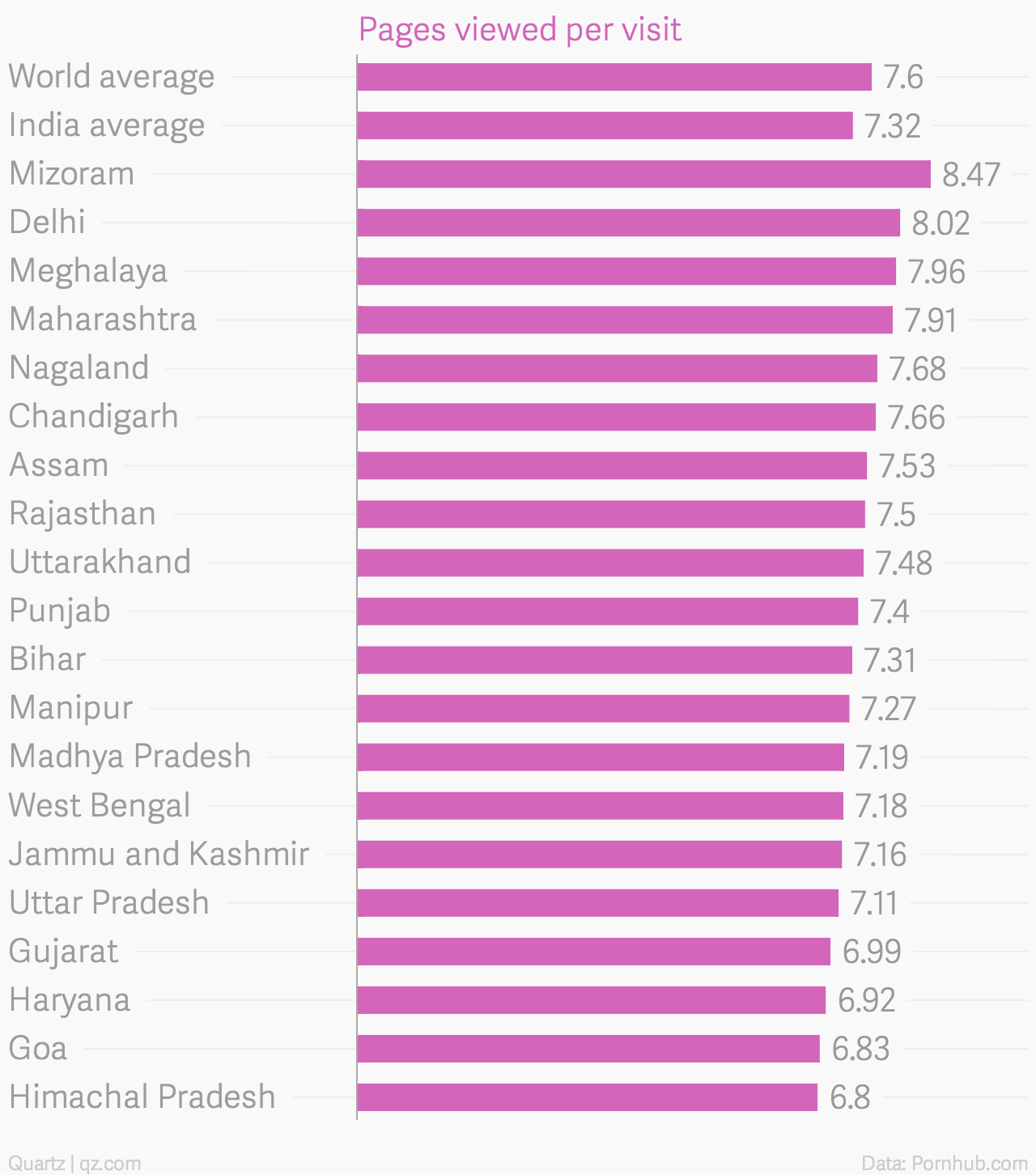 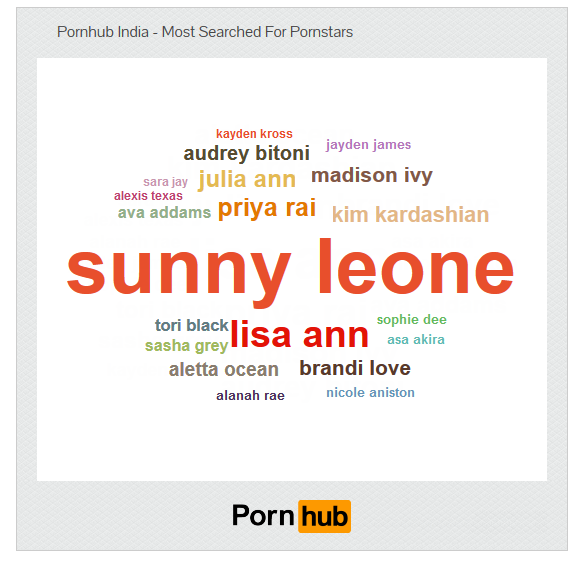 Half of Pornhub’s users from India access the website from their smartphones —not surprising considering that’s how the majority of Indians (PDF) surf the Internet. Pornhub’s Android traffic from India is the third highest after the US and the UK.

In India, a quarter of Pornhub’s users are female, which is 2% higher than the worldwide average of 23%.

A dip during Diwali

Indians are most active on the adult site on Saturday. Elsewhere in the world, including the United Kingdom, the United States, Germany and Brazil, Monday is the most popular day.

Sunday is the least active day for Indians.

And this is how they fare during big national holidays. 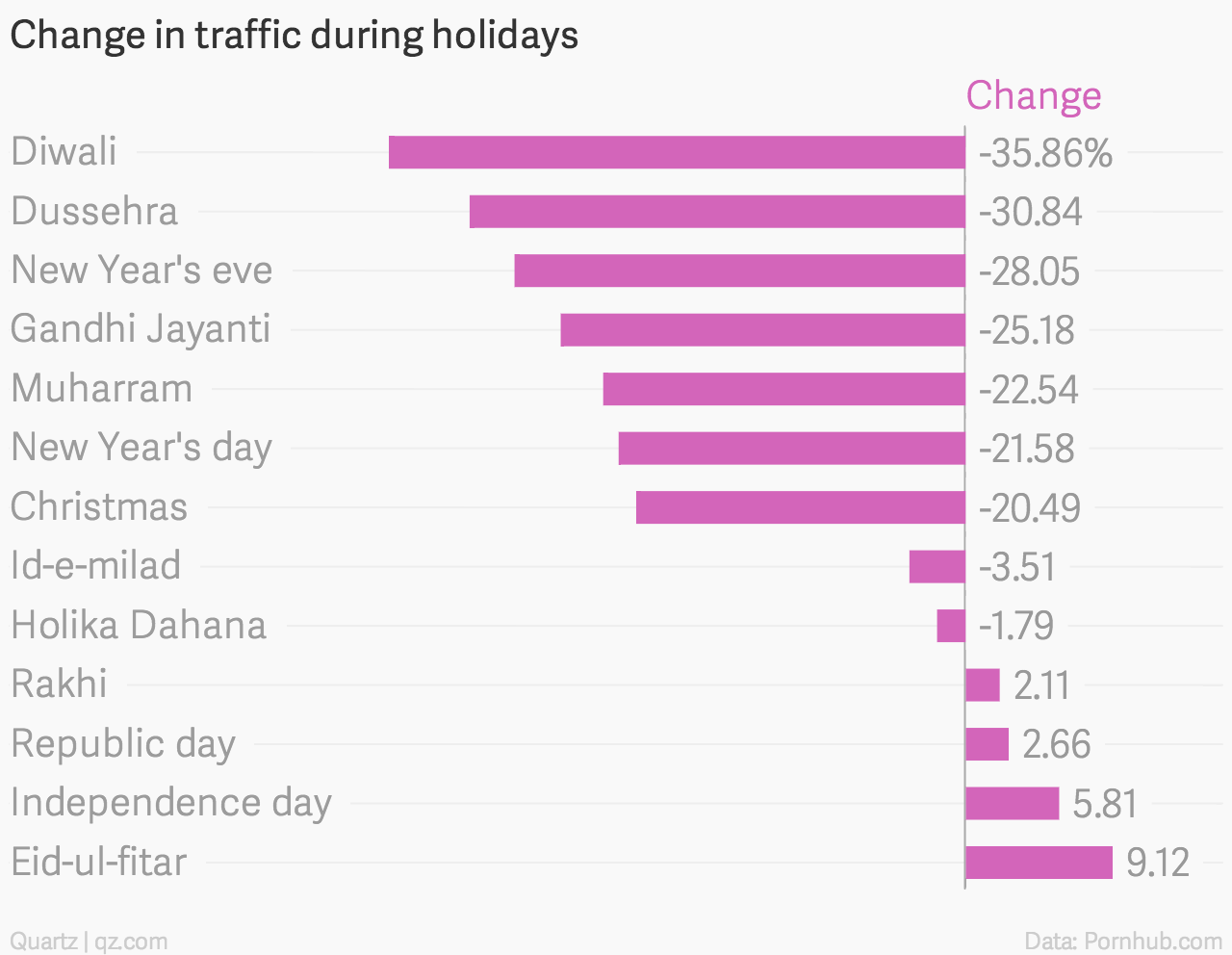 The biggest dip is around Diwali, the festival of light, with a drop in traffic of 35%. However, during some festivals the traffic does rise slightly.

Increase in traffic also occurs on Independence Day on Aug. 15 and Republic Day on Jan. 26.