Become a Member
Ad
The Goats of Bangladesh, which made its début on Facebook in October 2014, is not quite as ambitious as Humans of New York, which originally set out to be an exhaustive catalogue of New York City’s inhabitants. In fact, as we found out, GOB takes its inspiration from a parody of the page they set out to mimic "in a mocking way", namely  Pigeons of New York. 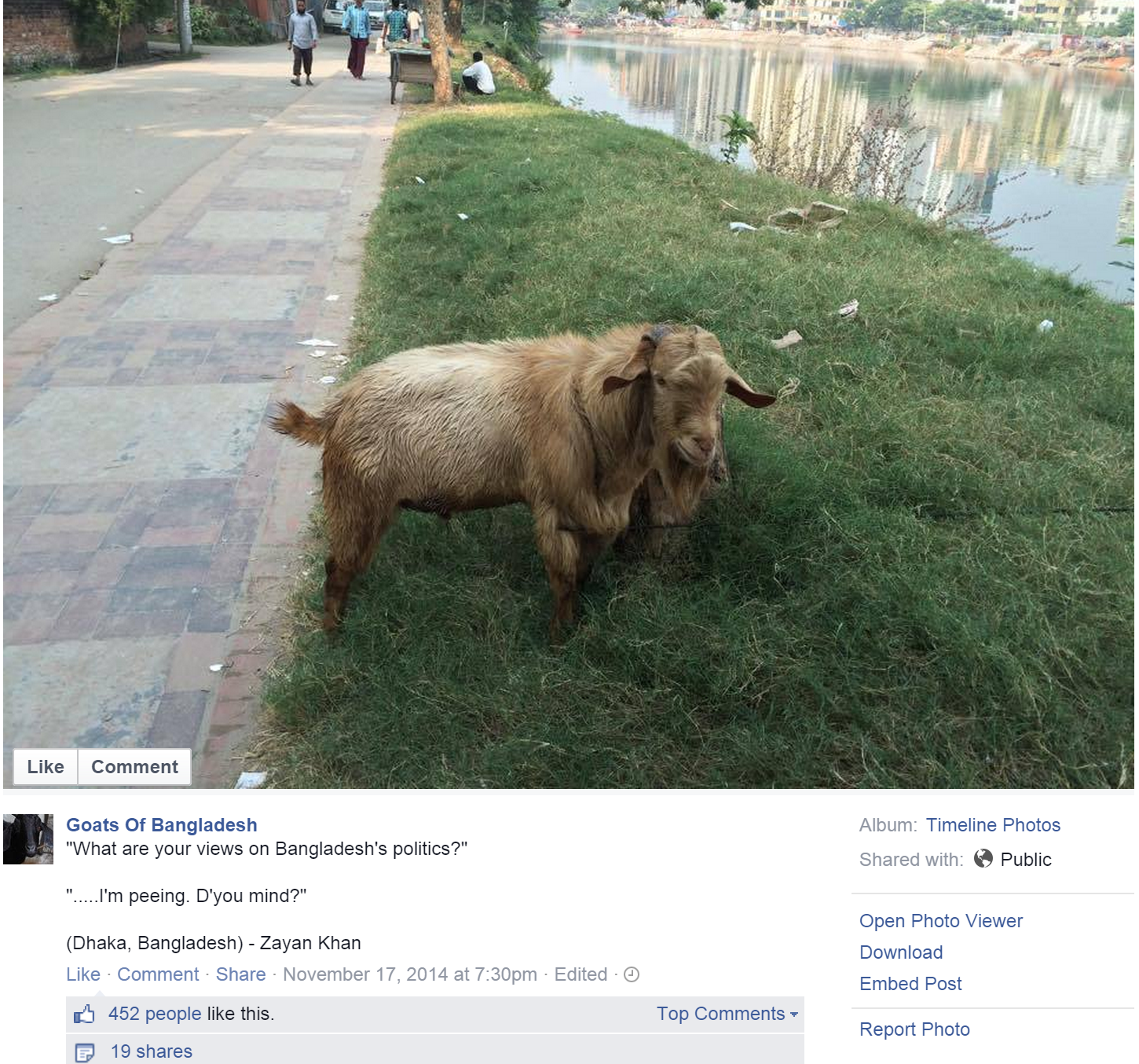 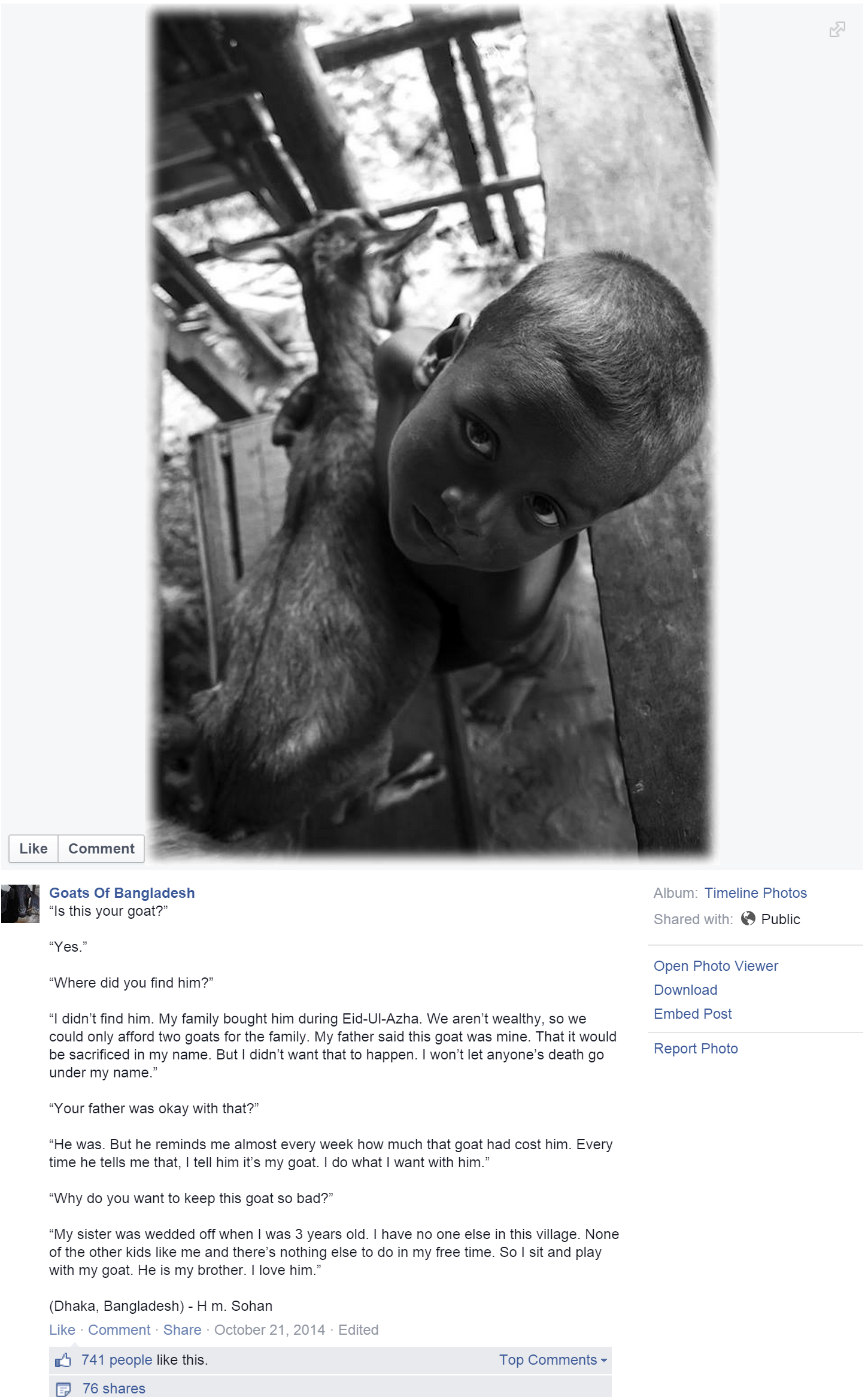 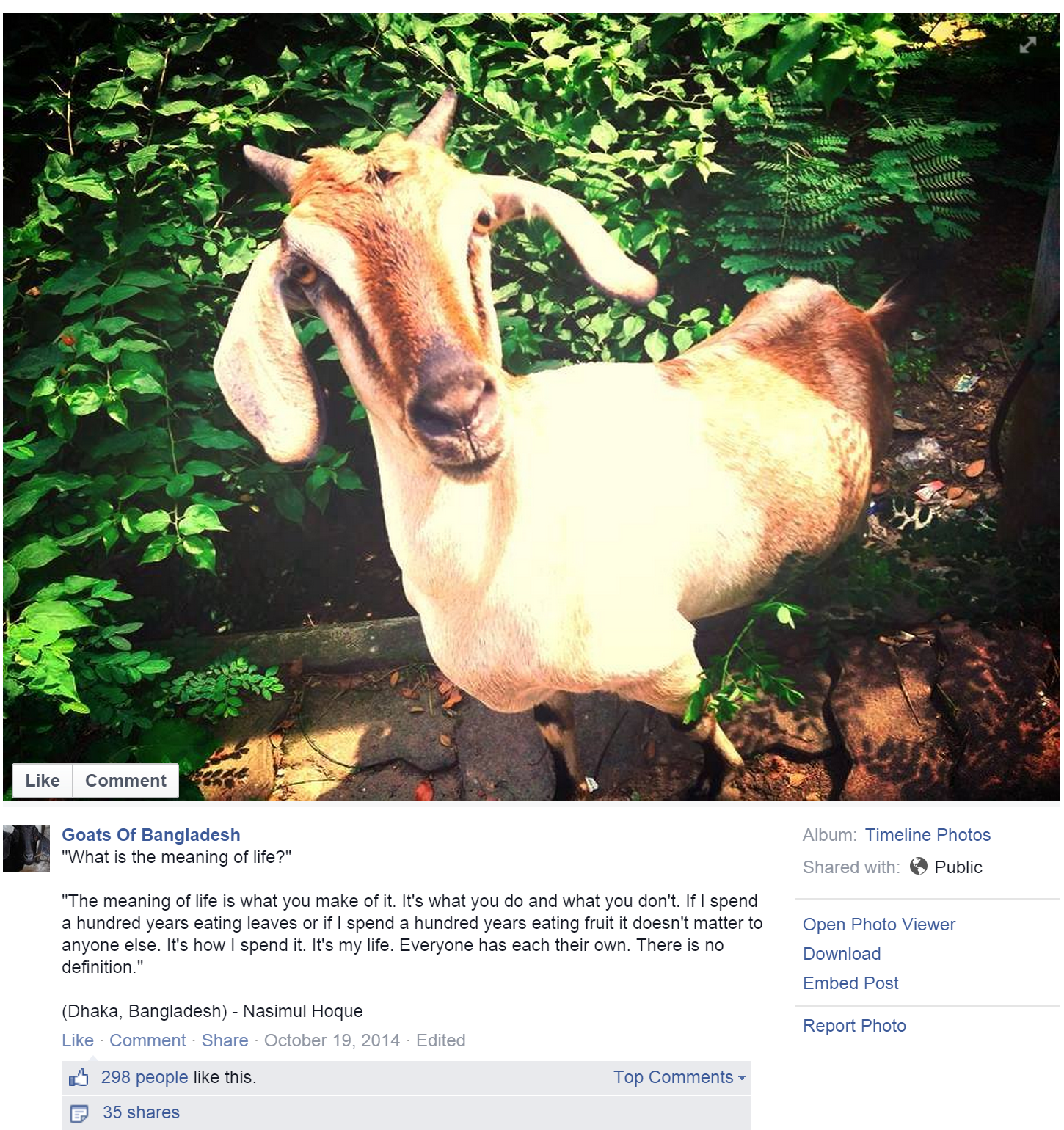 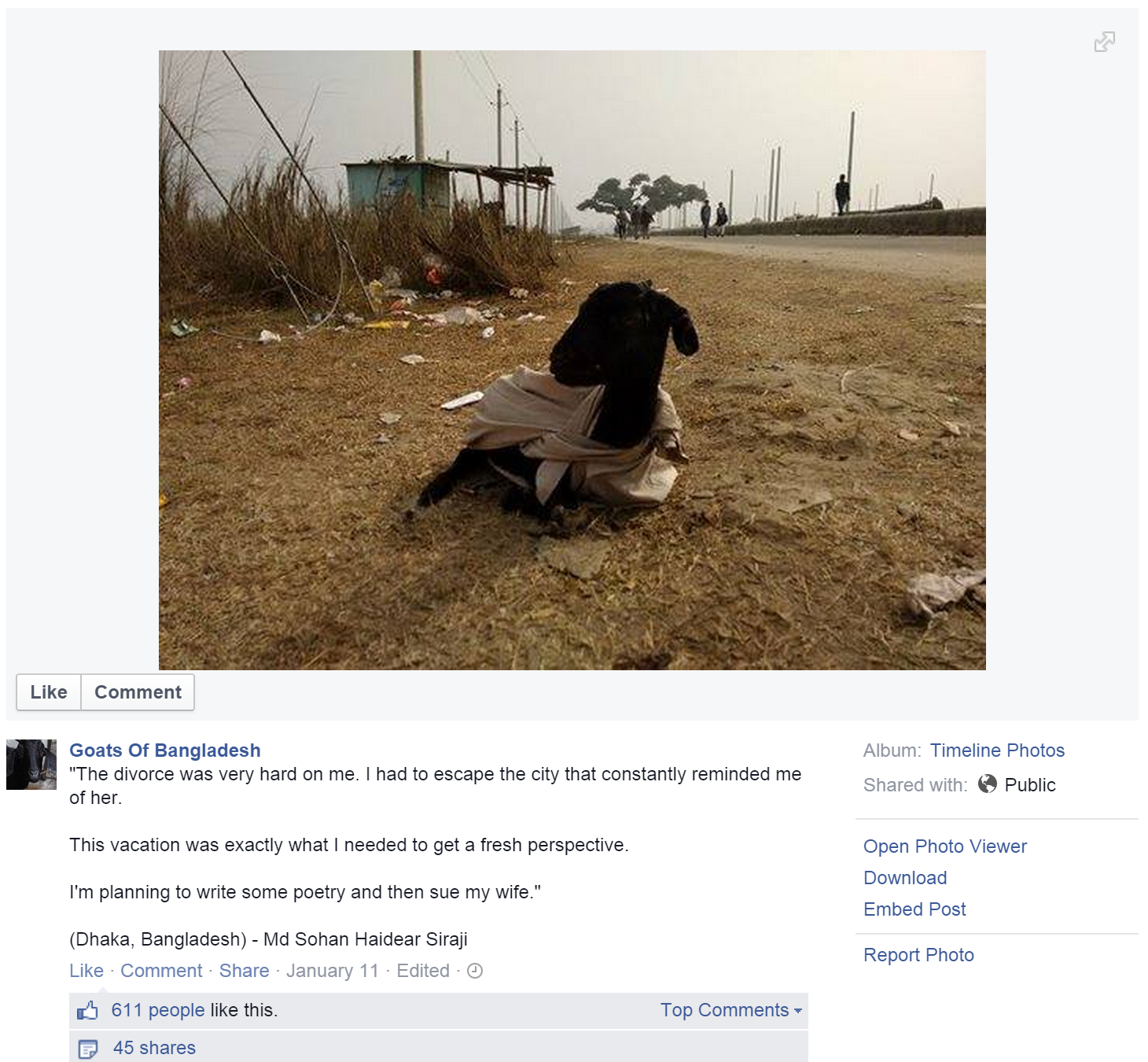 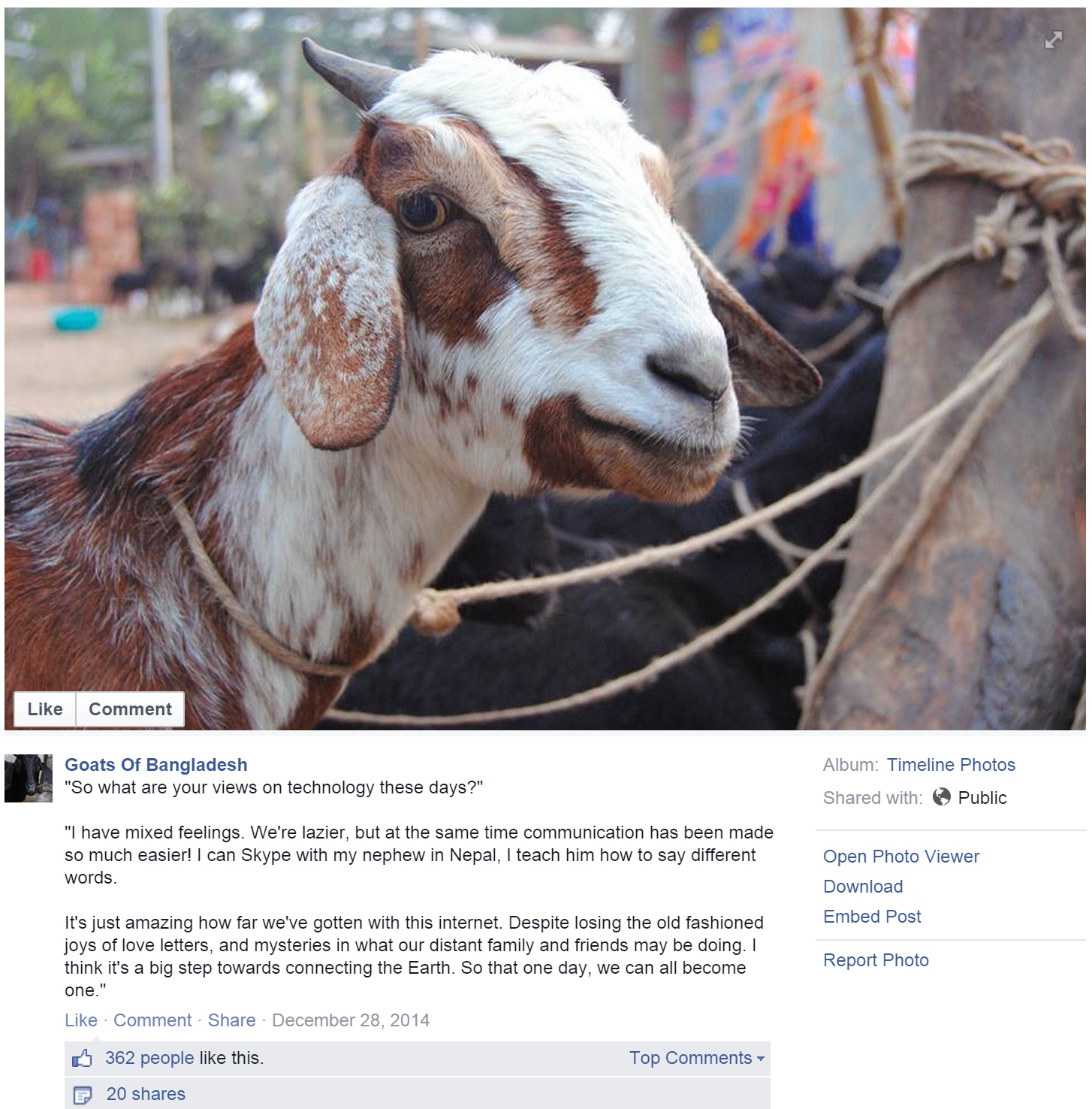