‘Those cars had machine guns?’

‘And when you took them you meant to use the machine guns against the crowd, did you?’

‘If necessary. If the necessity arose, and I was attacked, or anything else like that, I presume I would have used them.’

‘When you arrived there you were not able to take the armoured cars in because the passage was too narrow?’

‘Supposing the passage was sufficient to allow the armoured cars to go in, would you have opened fire with the machine guns?’

‘In that case the casualties would have been very much higher?’

‘And you did not open fire with the machine guns simply by the accident of the armoured cars not being able to get in?’

‘I have answered you. I have said that if they had been there the probability is that I would have opened fire with them.’

‘With the machine guns straight?’

‘With the machine guns.’

‘I take it that your idea in taking that action was to strike terror?’

‘Call it what you like. I was going to punish them. My idea from the military point of view was to make a wide impression.’

‘To strike terror not only in the city of Amritsar, but throughout the Punjab?’

‘Yes, throughout the Punjab. I wanted to reduce their morale; the morale of the rebels.’

‘Did it occur to you that by adopting this method of “frightfulness”—excuse the term—you were really doing a great disservice to the British Raj by driving discontent deep?’

‘I did not like the idea of doing it, but I also realized that it was the only means of saving life and that any reasonable man with justice in his mind would realize that I had done the right thing; it was a merciful though horrible act and they ought to be thankful to me for doing it. I thought I would be doing a jolly lot of good and they would realize that they were not to be wicked.’ 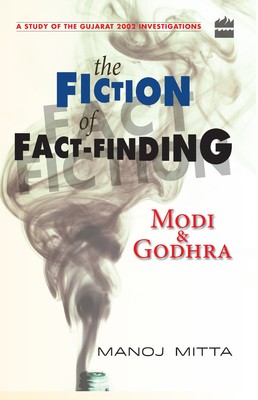 This sharp exchange on Jallianwala Bagh, which took place in Lahore on 19 November 1919, was part of a detailed and rigorous cross examination of Dyer. It was before an eight member committee headed by Lord William Hunter, former solicitor general in Scotland. Though set up by the colonial regime with a notoriously tyrannical record, the inquiry was rigorous. So much so that it exposed Dyer, the bearer of the most embarrassing secret of the Raj, to the risk of being questioned in public, that too by Indians.

Three out of the eight members of the Hunter Committee were Indian. In the procedure adopted by the committee, all the questioning was done in turns by its eight members. Apart from the lieutenant governor of Punjab and three others, all the government functionaries, including Dyer, were grilled in public.

Displaying a remarkable degree of courage and independence, the Indian members were more unsparing than their British counterparts in questioning colonial officers. The above extracted exchange with Dyer was, in fact, a representative sample of how Indian members had risen to the challenge of fact-finding. The interrogator in this instance was Sir Chimanlal Setalvad, a lawyer from Gujarat based in Bombay.

From the British perspective, though, the line of cross examination adopted by Setalvad, to induce Dyer into making damaging admissions, was objectionable. Had the passage leading to Jallianwala Bagh not been too narrow for the armoured cars, would Dyer have taken them inside and used the machine guns mounted on them to mow down the peaceful gathering? Since he had anyway not been able to take the armoured cars inside, the general could well have declined to answer such hypothetical questions. It was foolhardy of him to have rendered his position all the more untenable by admitting to excesses that he could have committed, besides what he had actually committed.

On the other hand, from the Indian perspective, Setalvad acquitted himself well by building on Dyer’s responses to the questions put by the two British members who had preceded him. For instance, Dyer had already admitted to Lord Hunter that although ‘a good many’ in the crowd might not have heard of his ban on the public meeting, he had ordered firing at Jallianwala Bagh without giving any warning. Worse, although he could have ‘dispersed them perhaps even without firing’, he felt it was his ‘duty to go on firing until (the crowd) dispersed’.

Following up on such admissions to the two British members before him, it was but apt on Setalvad’s part to probe Dyer on the two armoured cars he had been forced to leave out. In any event, not all the questions put by Setalvad were hypothetical.

He helped shed light on the callousness displayed by Dyer even after the firing had left almost 400 dead and many more injured. Setalvad asked the general if he had taken any measures for the relief of the wounded. ‘No, certainly not. It was not my job. But the hospitals were open and the medical officers were there. The wounded only had to apply for help.’

The exertions made by the Indian members in the process of fact-finding were by no means confined to the recording of evidence. Setalvad and his two Indian colleagues were equally assertive about the recording of conclusions. This led to irreconcilable differences. The Hunter Committee ended up giving two reports—the majority report by the five British members and the minority report by the three Indian members. Even so, both reports indicted Dyer, in no uncertain terms. While the inquiry dealt with the 1919 disturbances in Delhi, Bombay Presidency and Punjab, the difference between the two reports was only in the degree of condemnation, in so far as Jallianwala Bagh was concerned. The nuances of the condemnation by each report were acknowledged vividly in a note to London from the viceroy of India, Lord Chelmsford.

The British members’ report denounced Dyer on two grounds: that he opened fire without warning and that he went on firing after the crowd had ‘begun to disperse’. Though his intention to create a moral effect throughout Punjab was ‘a mistaken conception of duty’, the British members thought it was ‘distinctly improbable that the crowd would have dispersed without being fired on’. They, however, rejected the official stand that Dyer’s action had ‘saved the situation in the Punjab and averted a rebellion on a scale similar to the (1857) mutiny’.

The condemnation by the Indian members was more severe as they also criticized Dyer for ‘suggesting that he would have made use of machine guns if they could have been brought into action’. Further, they were appalled that even after the crowd had begun to disperse, Dyer had continued the firing ‘until his ammunition was spent’. Citing Dyer’s own admission, they disagreed with the opinion expressed by their British counterparts that the crowd was unlikely to have dispersed without the firing. In conclusion, the Indian members of the Hunter Committee described Dyer’s conduct ‘as inhuman and un-British and as having caused great disservice to British rule in India’.

Taking both reports into account, Chelmsford conceded that Dyer ‘acted beyond the necessity of the case, beyond what any reasonable man could have thought to be necessary, and that he did not act with as much humanity as the case permitted’. As a result, Dyer had no option but to resign and return to England in disgrace. The punishment could have been more commensurate with the crime, had it not been for the support enjoyed by him among colonial officers in India and the rightwing opinion in Britain, which bought into his claim that the blood spilt in Jallianwala Bagh had saved the Raj. In fact, the inquiry itself could be instituted only after an indemnity law had been passed protecting Dyer and other recalcitrant officers from criminal liability. Such was the polarized environment in which the experiment of fact-finding, with members from both countries, had been conducted in the first place. Halfway through its proceedings, the Hunter Committee had also suffered the setback of being boycotted by Indian nationalists, represented by the Congress, because of the government’s refusal to release Punjab leaders on bail.

Whatever its deficiencies, the Hunter Committee was a milestone in the history of fact-finding in India. Despite the differences between its British and Indian members, and despite the withdrawal of the Congress from its proceedings, the committee set benchmarks for rigour and transparency in factfinding. The minority report, drafted by Chimanlal Setalvad, held to account even the viceroy of India, Lord Chelmsford, for imposing martial law in Punjab in the wake of Jallianwala Bagh. The native members, needless to add, faced adverse consequences for daring to embarrass the high and mighty in the colonial establishment.

Setalvad proved that he was no toady although he had been knighted by the British monarch, just a few months before the Jallianwala Bagh inquiry. He was then vice-chancellor of Bombay University. In his memoirs published in 1946, Recollections and Reflections, Setalvad disclosed that before the Hunter Committee had developed ‘the sharp cleavage of opinion’, he had accepted an offer to be a temporary judge in the Bombay high court as a prelude to being appointed as law member of the viceroy’s executive council. Subsequent to the publication of the two differing reports of the Hunter Committee in 1920, Setalvad was, however, told that the verbal proposal was ‘merely a casual conversation and no definite intention of offering me the law membership had been expressed’. What did Sir Chimanlal make of it? ‘I was not surprised at this change of attitude as the report of the Indian members of the Hunter Committee holding that there was no justification for the imposition of martial law and its continuance, was a serious reflection on the action of the Government of India.’

About eighty years later, his home state Gujarat seemed to have turned its back on the high standards Setalvad had set for factfinding, in the unlikeliest of circumstances. Former Supreme Court judge G.T. Nanavati, probing the 2002 mass crimes for over a decade, could not have been more different from Setalvad in his approach to fact-finding. Adding to the pathos was the coincidence that the struggle for justice for the 2002 post-Godhra crimes has been led by Setalvad’s great granddaughter, activist Teesta Setalvad.

The contrast was most evident from the fact that even as his probe dragged on for years, Nanavati never deemed it fit to issue a notice or summons to Chief Minister Narendra Modi, the central figure in the breakdown of law and order. This was despite repeated pleas by the Jan Sangharsh Manch (JSM), the main participant in the inquiry, to call Modi. His obvious reluctance to question Modi made a mockery of the whole inquiry.

From the chapter 'Symptoms of Fact-fudging', pages 168 to 174
(HarperCollins Publishers India, 2014, Rs 599)
We welcome your comments at letters@scroll.in.
Ad