Become a Member
Ad
On Monday, Penguin agreed to withdraw all copies of American scholar Wendy Doniger's book, 'The Hindus: An Alternative History' and to destroy all existing stocks within six months.

The company made the decision in response to a case filed against it in 2011 by Dina Nath Batra, the convenor of the Shiksha Bachao Andolan, which describes itself as an educational institution, and five other people. Batra claimed that the book had been "written with a Christian Missionary Zeal and hidden agenda to denigrate Hindus and show their religion in poor light".

"This book is disrespectful of our gods and goddesses," Batra told Scroll. "It has taken us four years to have them withdraw the book."

The complainants raised several objections to the book, starting with its cover. "On the book jacket of the book Lord Krishna is shown sitting on buttocks of a naked woman surrounded by other naked women," their petition said. It claimed that this decision had been taken "with the full knowledge that Sri Krishna is revered as a divinity and there are many temples for Sri Krishna where Hindus worship the divinity. The intent is clearly to ridicule, humiliate & defame the Hindus and denigrate the Hindu traditions."

In a settlement arrived at in the Saket district court in Delhi on Monday, a copy of which was obtained from Batra's office, Penguin agreed not to "sell, publish or distribute" the book in India and to pulp all existing copies at its own cost.

Penguin representatives did not immediately reply to phone calls or an email seeking their point of view on the case.

Here is the operative part of the court order. 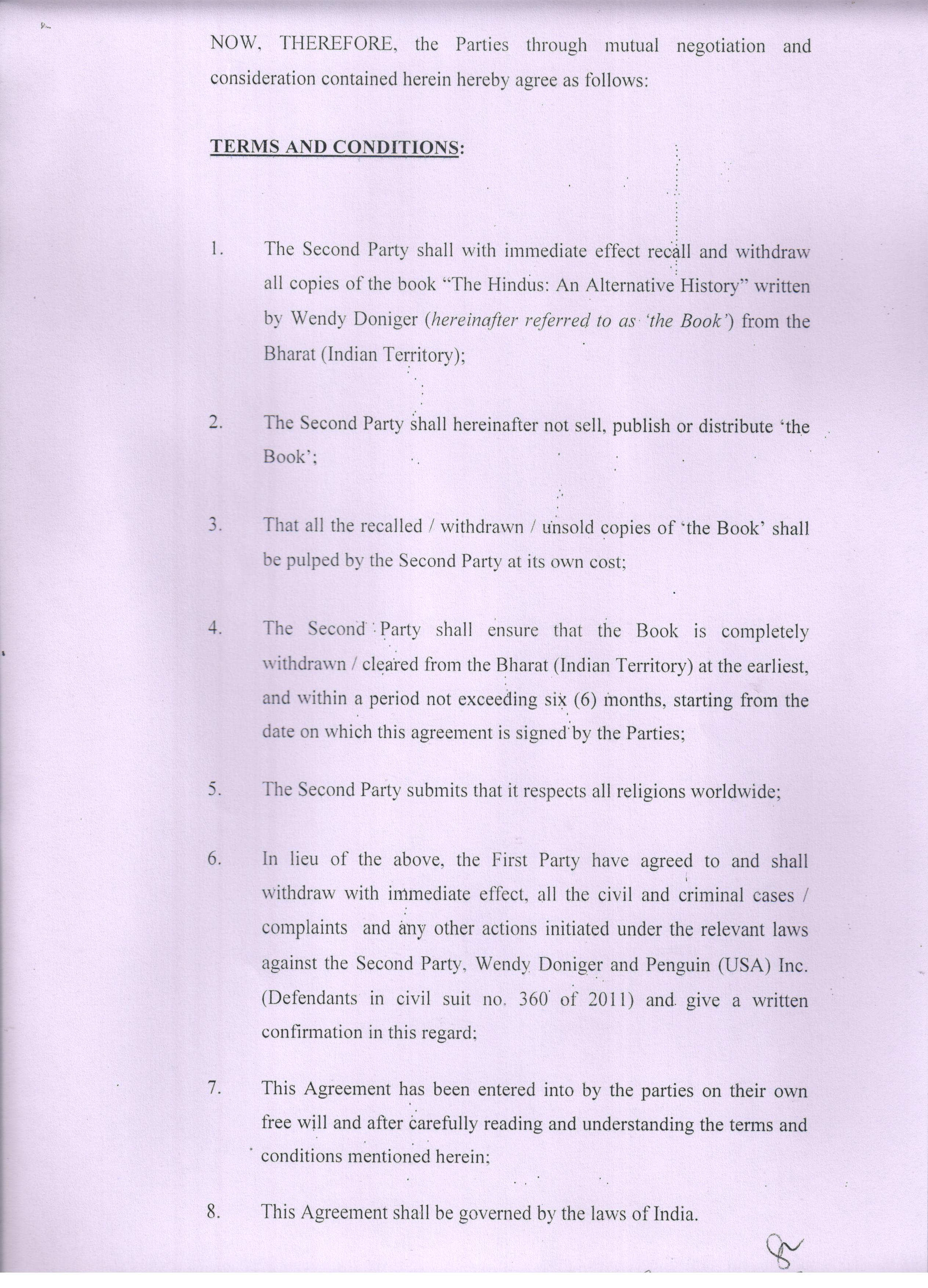 Cultural appropriation or storm in a teacup? US woman’s India-inspired chai brand sparks a debate