Contribute Now
Ad
It is time for Delhi to smell the roses. The Mughal Garden at Rashtrapati Bhavan opens to the public on Sunday.

As is the practice, the press got the first privilege, and the Indian Express came back with a scoop.  The paper carried a picture on Thursday with the caption: "This time, there is a flower named Sonia."

It set off a flurry of tweets. 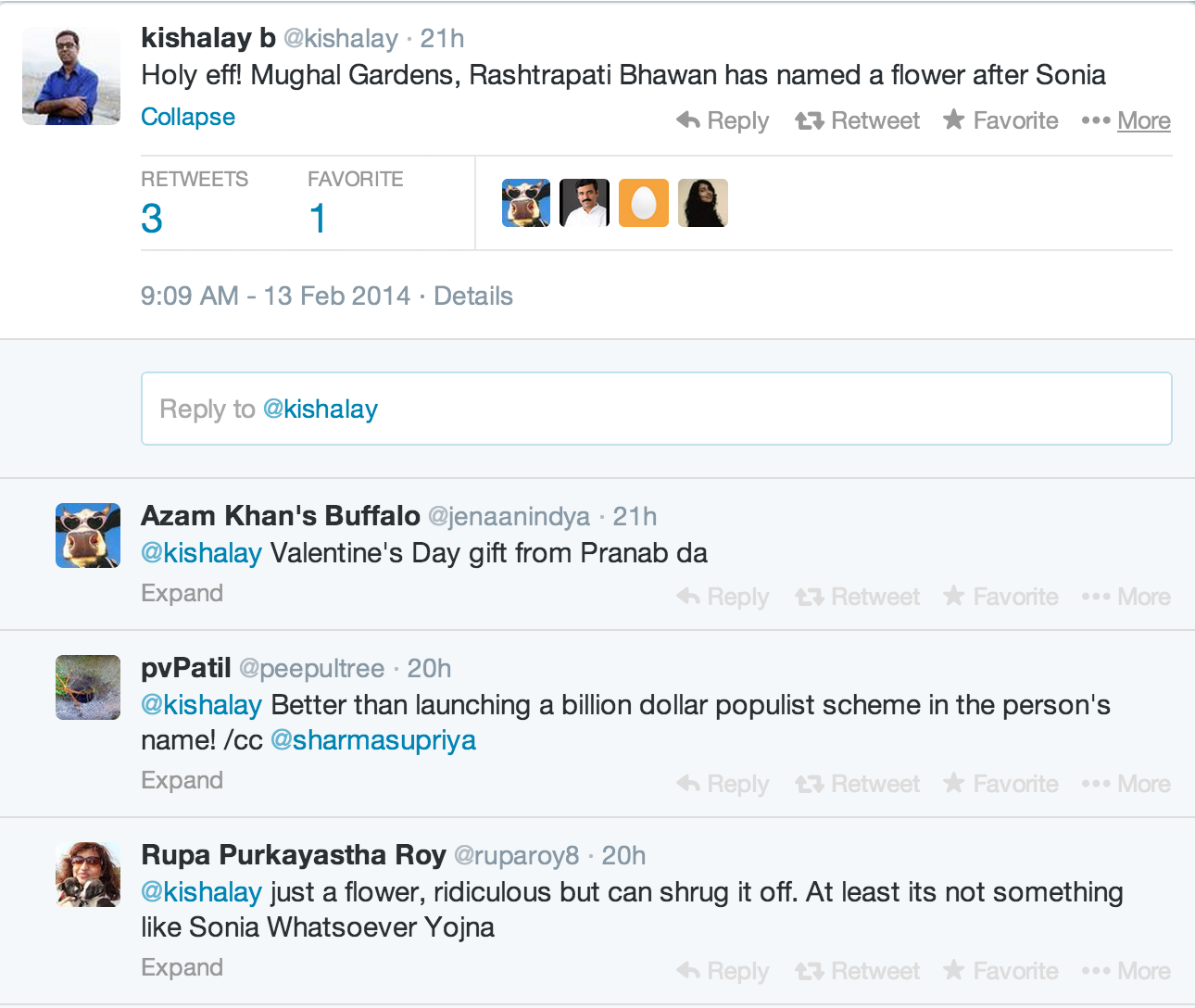 Scroll.in called up Rashtrapati Bhavan and was directed to Upendra Kukreti, the officer on special duty, horticulture, who promptly dismissed the speculation connecting the rose to the Congress President.

"This is not a new variety of rose," he said. "It has been part of the Mughal Gardens for many years. Since it is golden coloured, it might have been named Sonia."

He said the visiting media persons had asked him, "If there is a rose named after Sonia, there would be one named after Rahul and Priyanka too." Kukreti explained to them that wasn't the case. "New varieties of roses are named through a special process," he said.

Rosarians, as the lovers of roses are called, confirmed this.

"The naming of the rose is the prerogative of the breeder," said Ahmed Alam Khan, the president of the Indian Rose Federation, a rather distinguished body that boasts of a judge as its first president and a former employee of the Department of Atomic Energy as its current secretary.

Explaining the basis of rose names, Girija Viraraghavan, who edits the federation's 'Indian Rose Annual', wrote in an email, "Roses are named based on their characteristics, colour, fragrance, shape; people whom you love or admire; places where the rose breeder works or which carry a special meaning for him and of course, for events…The world famous rose Peace was so named because flowers of that variety were distributed in the 1945 Peace Conference after WW II."

Roses have been named after kings, queens, musicians, presidents. There's a list of them on Wikipedia.

The rose named Sonia indeed takes the name of a woman -- but not Sonia Gandhi. "It is named for Sonia Meilland of the famous rose firm of Meilland in France that hybridised many of the world's most popular roses," Viraraghavan wrote.
We welcome your comments at letters@scroll.in.
Ad