Contribute Now
Ad
It may come as no surprise to Indian women, but their menfolk do some of the least housework in the world. At least, that’s what the Organisation for Economic Co-operation and Development found when they looked at gender disparities in various nations. 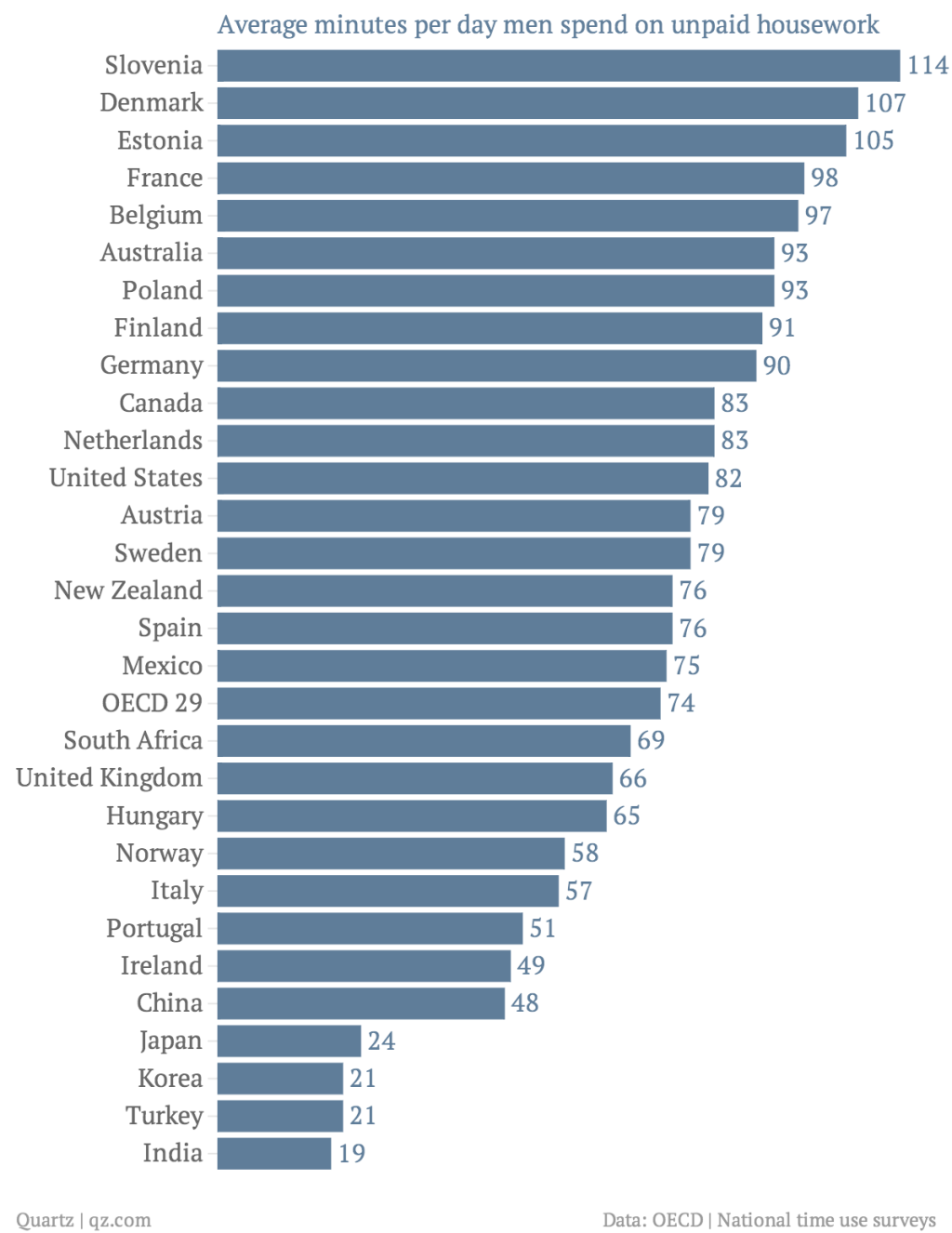 India consistently ranks quite low on various measures of gender equality. (The United Nations placed India at 132 out of 148 countries in its recent gender inequality index.) The housework issue is a decidedly less dire example than the country’s increasingly high-profile problem with sexual violence.

But it is another indication of the fact that weak female economic participation is still a drag on India’s economic development. Perhaps that will change, as the country looks for new drivers to counter its declining rates of GDP growth. But don’t hold your breath.

This post originally appeared on Quartz.
We welcome your comments at letters@scroll.in.