Contribute Now
Ad
Across India, newshounds are devouring updates about the fate of Malaysian Airlines flight MH370, watching TV bulletins and reading news sites. Among the groups that have been especially compulsive about the disappearance of the Boeing 777-200 aircraft are a cluster of virtual pilots – amateur obsessives who use easily available software programmes that allow them to simulate the experience of flying a plane on their computers.

Some of these software packages are breathtakingly realistic, allowing pretend pilots to recreate any route they choose to and to seek the support of faux air traffic controllers as they make their journeys in real time.

This, for instance, is what one of the programmes for a Boeing 777 looks like.

Ever since the Malaysian plane vanished last Saturday, virtual pilots have been trading messages on Facebook and other forums, speculating about what exactly could have gone wrong. The wildest theory that Gautam Datt has heard was the earnest suggestion from a fellow hobbyist that the Malaysian aircraft had  landed in Bihar. “One guy called Moosa from the US said he’d spoken to the pilot himself,” said Datt, a journalist who became interested in aviation after taking flights with the Indian Air Force as a defence correspondent.

Another theory doing the rounds involved the corrosion of the plane’s fuselage. This could have caused decompression in the cabin that would have resulted in the pilots to become disoriented, perhaps leading to an accident.

As the week progressed, virtual pilots and other aviation hobbyists have been checking out the chatter on PPRuNe Forum, as the Professional Pilots Rumour Network is known to followers. The internet discussion group says that it reports “points that may affect our jobs or lives as professional pilots”, but it also has a vibrant section devoted to technical problems and mishaps.

By Saturday, the thread about MH370 had racked up almost 4,000 messages, considering possible routes from which the plane could have veered, the intricacies of various satellite tracking technologies, and how exactly the aircraft could have been sabotaged.

The disappearance of MH370 has been especially confounding because an array of resources now allows anyone with an internet connection to track most flights in real time. On sites such as Flight Radar 24 and Plane Finder, users can chart the path of almost any plane, even specifying the parameters of the aircraft they want to follow, such as flights flying only at a certain height or belonging to a particular airline.

Other sites such as Live ATC permit users to listen into conversations at Air Traffic Control towers around the world. (India, however, does not allow hobbyists to listen to ATC conversations.)

“Nothing is invisible in today’s world: that is what’s baffling people,” said Vybhava Srinivasan, president of the International Virtual Aviation Organisation, which has 350,000 members around the world. He is also the co-owner of Flight 4 Fantasy, a company that offers amateurs the chance to take the controls of its flight simulators in Mumbai and Bangalore.

For the last week, said Srinivasan, virtual pilots have been retracing the path of flight MH370 on their computers.  One advantage that the virtual world has over the real one is its ability to bring even tragic situations to a happy conclusion.

On March 8, Malaysian Virtual Airlines announced on its Facebook page that its members would fly “from WMKK [Kuala Lumpur] to ZBAA [Beijing], to honour the crew and passengers of flight MH370”. One member urged participants to finish the flight with call sign "MIRACLE 01". “Let’s pray hard for the MIRACLE to happen!” he said.

Unlike in real life, the virtual flight landed safely at its destination. Malaysian Virtual Airlines posted an image of the simulated plane taxiing to the Beijing terminal, its 227 passengers and 12 crew members ready to fly another day. 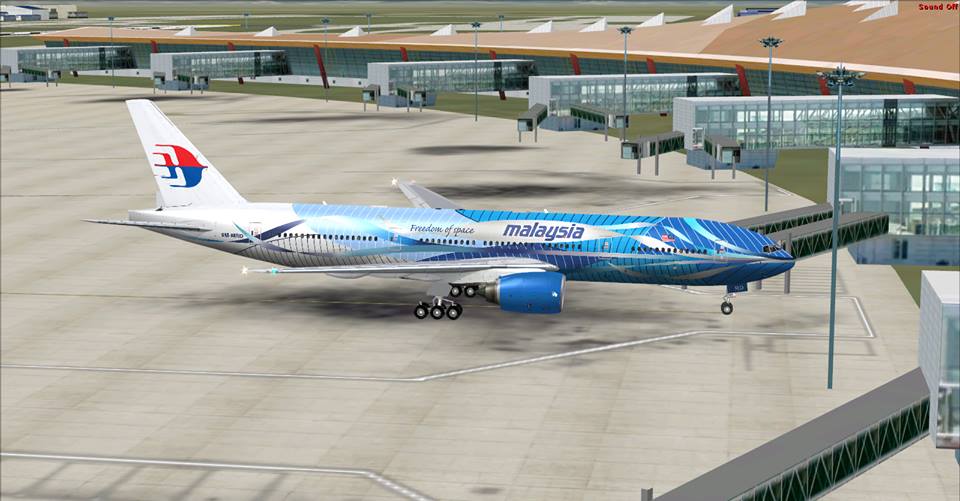