Apr 14, 2014 · 12:45 am
Manjunath Shenoy
As one wag said: when you die and have to go to heaven, you will most likely have to change trains at Mumbai's Chhatrapati Shivaji Terminus. Opened in 1887, the structure still feels contemporary and still fulfills the functions it set out to do. The building dominates the broad plaza on which it stands, the Indian sandstone capturing the golden light of a fading day. It was built there to impress and awe, which it does in no small measure.

It is also fortunate to be located on what is primarily a heritage precinct. There are no tall structures to clutter the skyline around it. The General Post Office, St George Hospital and the Municipal Corporation building, all built in the same era and architectural style, complement and enhance CST's striking good looks. 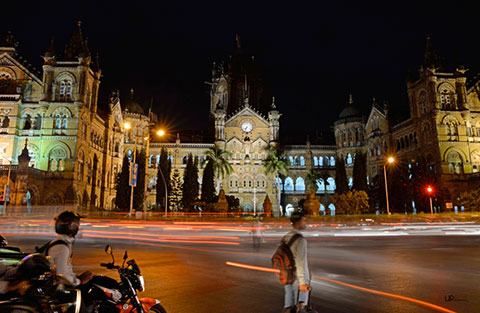 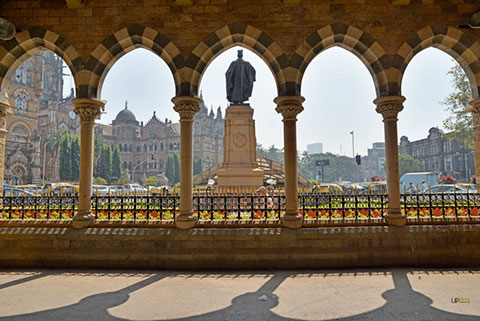 Statue outside the Municipal Corporation headquarters, next to CST station.

In a rare fit of generosity, the authorities now allow visitors to admire the interiors of the otherwise private office sections of the complex for three hours from 3pm on weekdays. The magnificence of the Gothic Revival interiors overwhelms you. You could run your fingers over the detailed ornamentation and bas-relief work done by the students of the JJ School of Art. But the building is not a museum piece. It is a working structure that is used by 3.8 million passengers every working day. Mercifully, the World Heritage tag has spared it from the ignominy meted out to other old structures that house government offices. 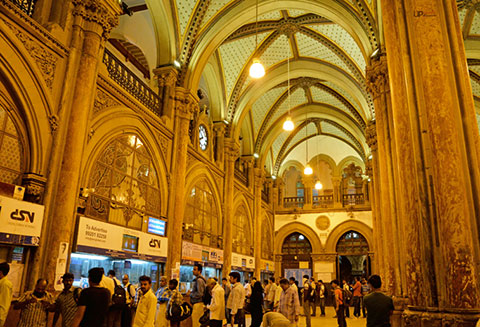 A staircase inside the station. 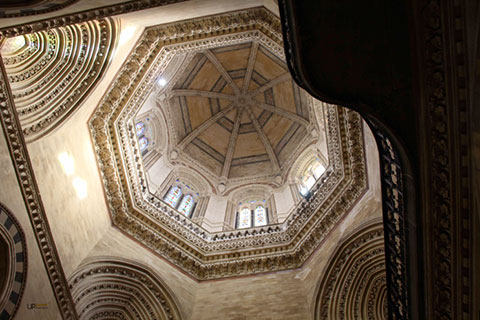 The ebb and swirl of the crowd about the periphery of the building changes with the time of the day. There are migrants, bright-eyed ones who will never go back to the lives they have forsaken; wide-eyed tourists who will never view their own city in the same light ever again; and the ones who work the porch, the lobbies and the platforms, earning a living off the building and its surroundings. For all of them, CST is more than a structure. It's the tangible realisation of a dream. 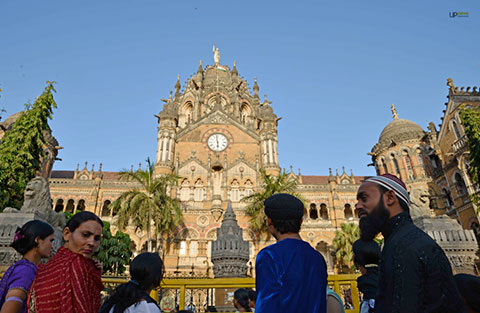 The view of CST from the outside. 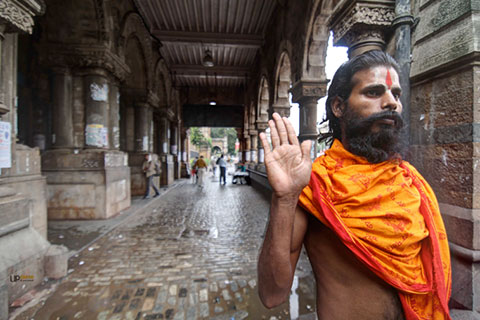 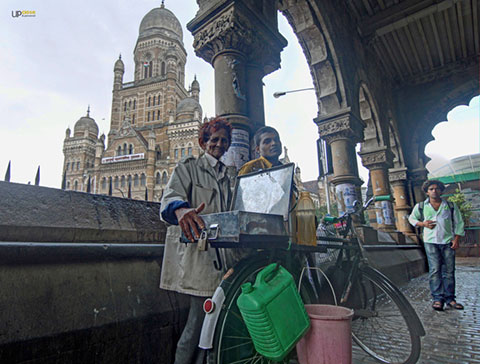 Some of the many visitors at CST.

CST has illustrious neighbours. The Times of India office stares at it unblinkingly across the blaring traffic, while the arcaded Dadabhai Naoroji Road stretches to the south. 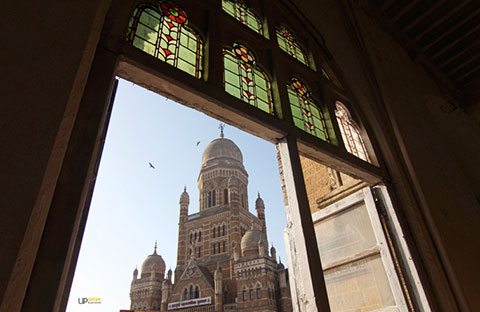 A view of the Municipal Corporation headquarters from the station. 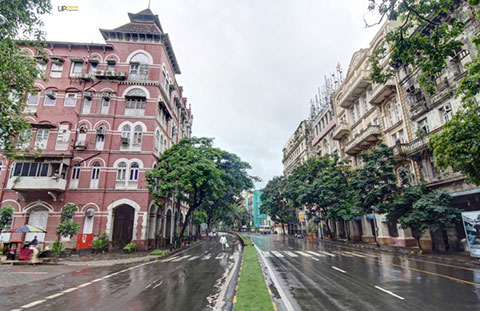 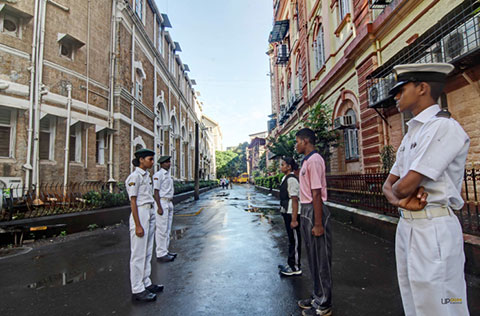 Today, CST  is merely a ceremonial entry into Mumbai. The city's centres of activity have long moved northwards and the bulk of the trains originate and terminate at nondescript and characterless concrete boxes deep in the suburbs. The idea of a vista, of accommodating a building on a ceremonial plaza and creating a sense of drama to the end of a journey, does not seem necessary any more.

Just as well. The natives have long been won over.

See more of Manjunath Shenoy's photographs on his Facebook page.

Horniman Circle: Exploring the tiny green circle that was once Mumbai's epicentre