Contribute Now
Ad
On Monday, a dalit boy in Ahmednagar in Maharashtra was found hanged to death from a tree. His crime was that he had merely met an upper caste girl. This was not a rare incident. A man in Mysore was stabbed on Tuesday for marrying outside his caste. Such incidents take place in rural areas and among the urban elites alike. In March, a technology professional in Hyderabad was murdered by her parents for marrying outside her caste.

Using data from the National Family Health Survey (NFHS-III, 2005-2006), a paper by four scholars at Princeton University – Kumudin Das, KC Das, TK Roy and PK Tripathy –  found that 10% of marriages in India cross the boundary of caste, whereas only 2.1% marriages are inter-religious.

Studying only the inter-caste marriages amongst Hindus, they found that inter-caste marriage is the highest in western India (17.0%) and low in south Indian (9.7%), despite south India's relatively better performance in education and economy. It should not be surprising that the Hindi heartland states have low figures: Rajasthan (2.4%), Chhattisgarh (3.4%), Madhya Pradesh (3.6%), Bihar (4.6%) and Uttar Pradesh (3.6%). The surprises in this bracket are Tamil Nadu (2.6%) and Jammu & Kashmir (1.7%).

Punjab and Haryana are often in the news for honour killings, but that seems to be reflection of how many people are crossing the boundary. Haryana has 17.6% inter-caste marriages while Punjab has 22.4%. Other states that exceed the 20% mark are Meghalaya (25.0%), Kerala (21.4%) and the winner is Goa (26.7%).

Based on this data, here is a map of Hindu inter-caste marriage in India. 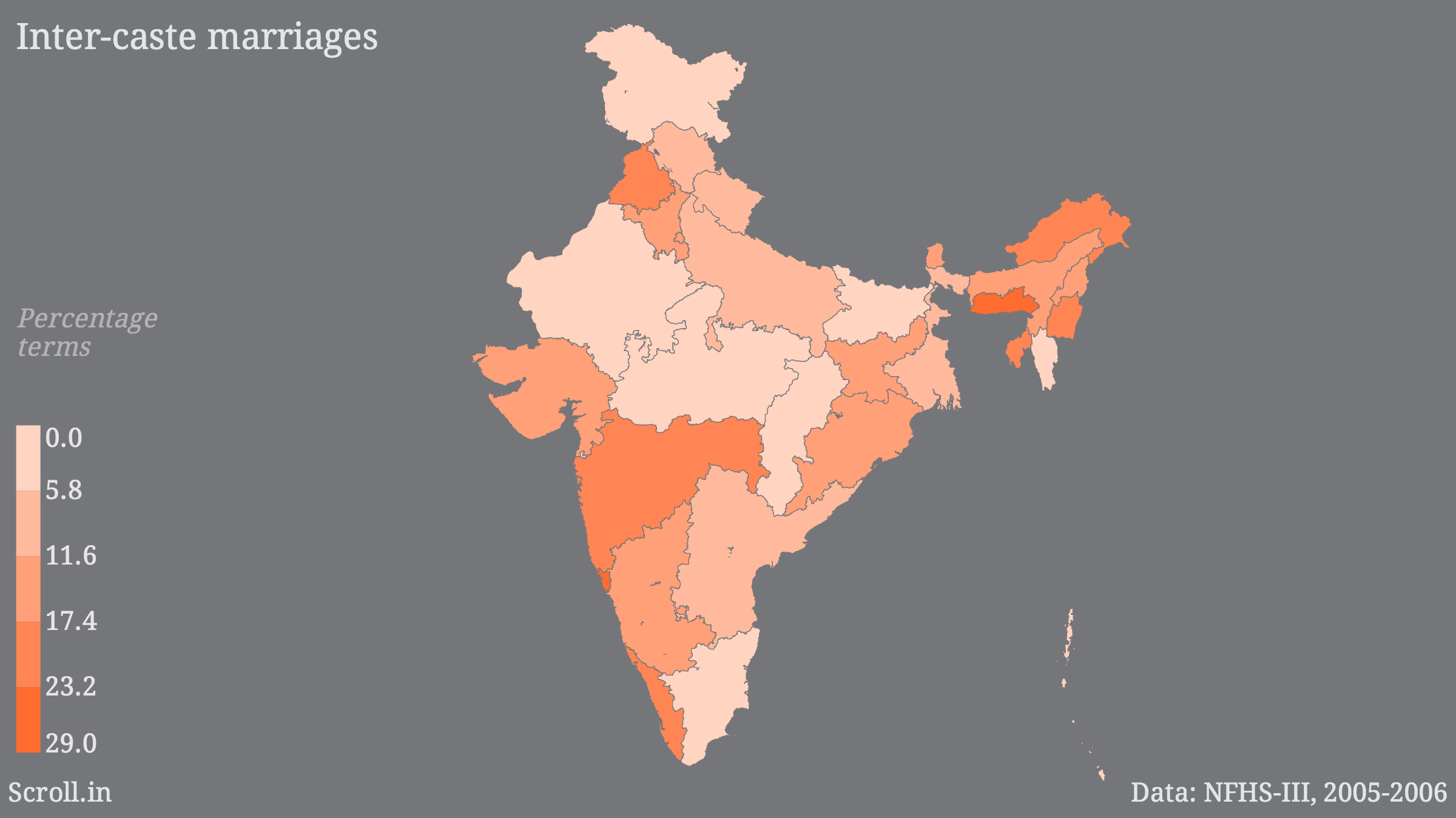 Child marriage, especially of girls, is on the rise in urban India but declining in rural areas