Contribute Now
Ad
Picking a club team to support in football involves no trade-off for the Indian fan. Your loyalty to some team in Manchester, Barcelona or Munich doesn’t impinge on your patriotism, because those are far-off clubs aren’t in competition with the motherland.

Choosing from the national teams on offer is a different kettle of fish. You still shouldn't think of them as competing with India — our football team is about as successful as the Brazilian cricket squad — but it's quite something to choose to cast your lot with a different flag and a different people.

Everyone’s familiar with the Brazil-Argentina rivalry that seems to split Calcutta, but are those really the flags we Indians should be flying for the next month?

Here are some other suggestions.

God save the Queen: England 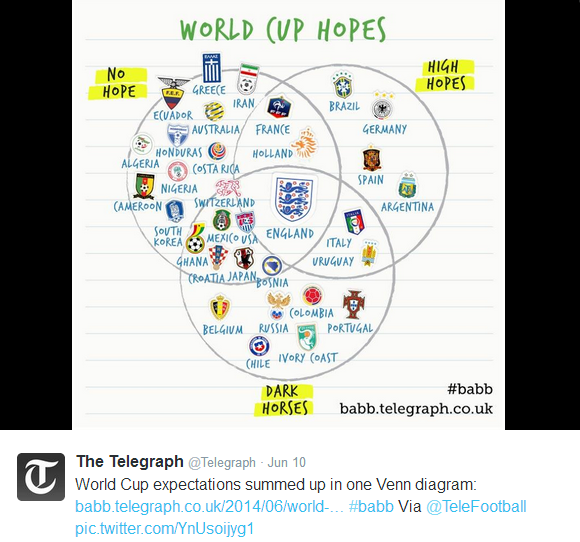 If some Goans felt comfortable supporting their former colonial masters in World Cups past, why can’t the rest of us take their cue? After all, the English gave India some of the things we’re most proud of as a country: railways, bland lagers and the Lutyens’ elite. They also happened to invent this game that’s now played by the whole world, as well as that other sport we like to insist is a religion in India. Best of all, England always manages to be the oddest of creatures at a World Cup: the over-entitled underdog. Thanks in part to the English press, their team always comes in with the highest hopes while simultaneously not really expecting to win anything; a fair presumption considering they last took home the trophy in 1966, which makes them a bit like the Indian cricket team of the 1990s (except that they don’t seem to have a golden generation to look ahead to).

This isn’t just the Portuguese-English corollary for the population of the Union Territory of Puducherry. France also happens to be the country with the third-largest Indian diasporic population in the competition. The French team also exhibit some characteristics that are all too familiar to Indians: regionalism, communalism and a general tendency to argue about silly things. They also seem to have a predictable cycle: winners in 1998, didn’t make it past the first round in 2002, runners-up in 2006, didn’t make it past the first round in 2010 (while imploding entertainingly off the field). If the pattern holds, it might just be the right time to be supporting the team that shares our sporting colours, Les Bleus. Also, yet another reason to stare at GIFs of Zizou headbutting Materazzi. 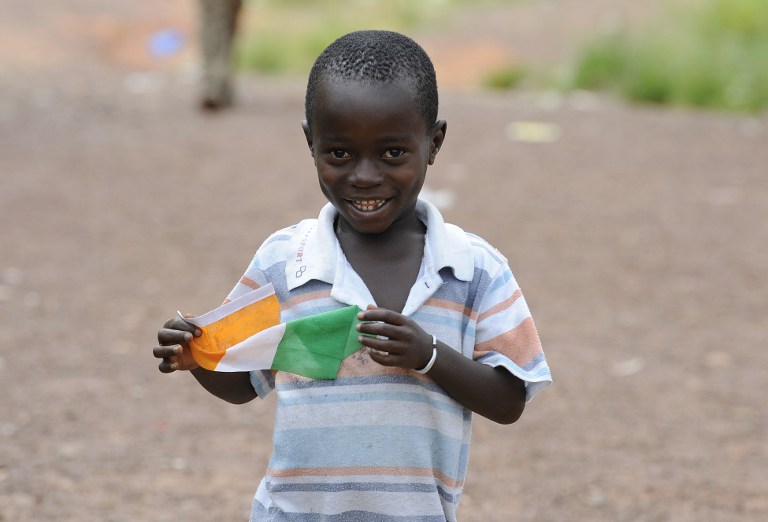 This is the pick of the lazier or thriftier fans among us. Ivory Coast have an interesting team, with some of the most fun players to watch, including Didier Drogba — who at 36 will invariably find a way to blow our minds — and the imperious Yaya Toure. It is, in fact, the last outing for the African nation’s Golden Generation, which should make for fun viewing. But the reason Indians ought to be supporting them? If you tilt the Cote D’Ivoire flag to the side, you have the Indian tiranga, sans chakra. If you give free rein to your imagination – and squint a little bit – you can imagine that is our tricolour flying at the world’s most watched sporting event. 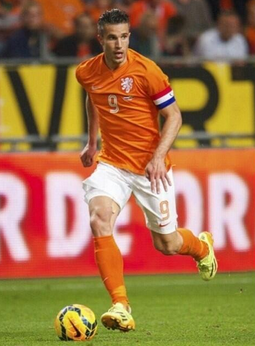 You probably have plenty of Bharatiya Janata Party merchandise lying around after this long election season, or from the celebrations that erupted afterwards. If you’d like to easily turn those into your swag for the World Cup, just say you support the Netherlands. Their Oranje kit fits in perfectly with the current look of India’s electoral map, and considering the feisty tendencies of Nigel de Jong in the last edition’s final, their attitude might also mirror our new government’s. 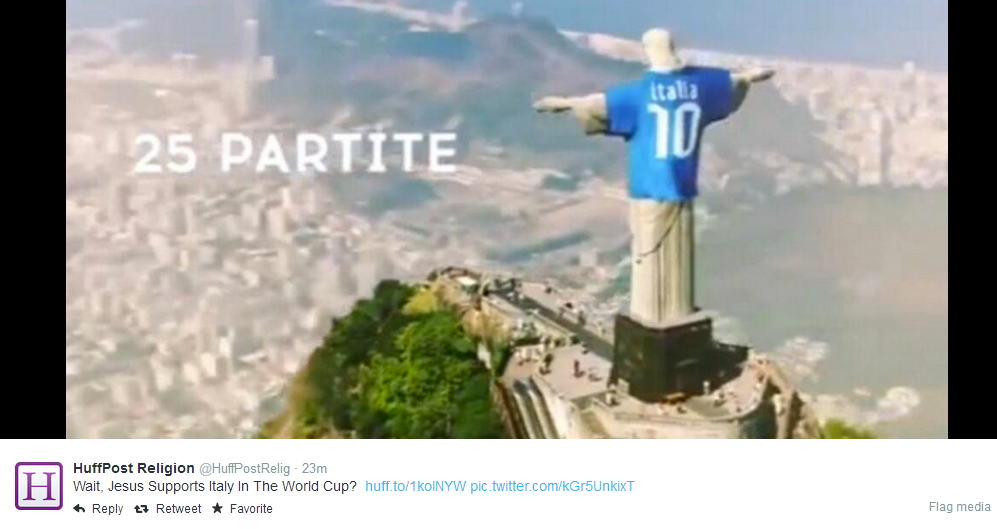 If you’re not in the Oranje/Lotus camp, what option could you pick? Italy seems solid. After all, they’re an ageing team that has been rocked by several corruption scandals, with a reputation for playing defensively, and they’ve turned flopping about into an art form. Oh and there might be one or two other connections with a certain lady who isn’t very fond of saffron herself. 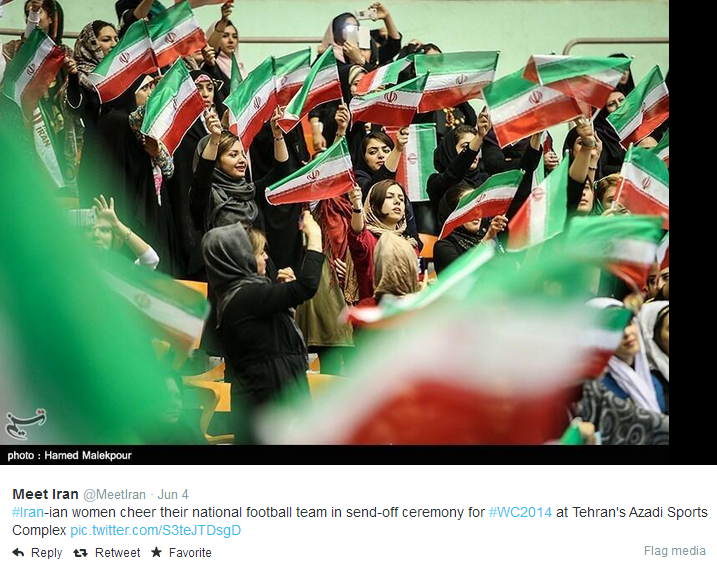 To the winner go the spoils, and the support. India was ruled out of the 2014 World Cup pretty early, losing to the United Arab Emirates 5-2, over two legs, during the Asian Football Confederation qualifiers. The team with the highest pre-tournament ranking (43) that managed to make it from our confederation is Iran. And they might need some support. Reports have suggested the Irani authorities won’t allow cafés to screen World Cup games, even the ones featuring their team. They also get a bit of the bechara/paavam vote, after their coach revealed they won’t be swapping shirts at the end of games because they don’t have the funds to buy a new kit for every match. 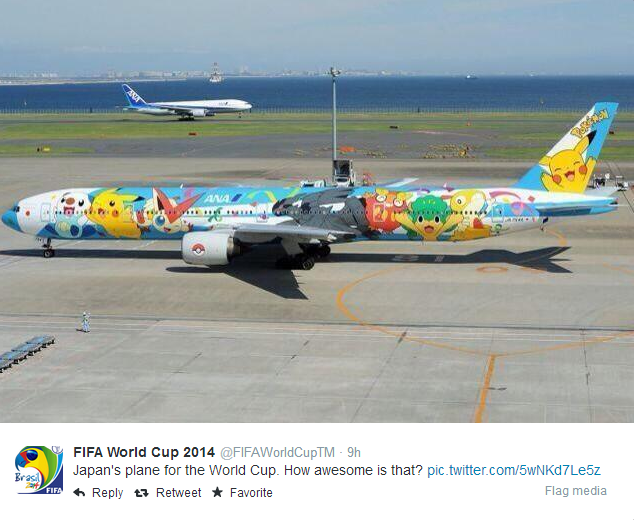 Apparently, as part of the new global order, India is one part of the odd couple known as Japindia. So why not support the other half? This is the Asian team most likely to go the distance, even though Iran sits three spots above them on the pre-tournament rankings. They also happen to have a fun squad, with a few names that are familiar to Indian fans, like Shinji Kagawa and Keisuke Honda. There is also one individual on the team who’s even more famous to us: mascot Pikachu. Who couldn’t love a team that arrived in an airplane plastered with Pokemon? 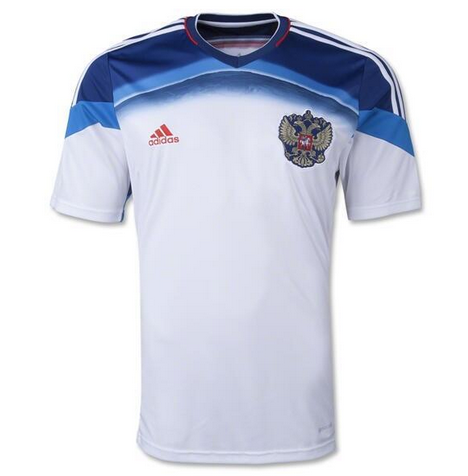 Brazil’s overdone, while South Africa and China didn’t make it, so the only remaining BRICS partner on offer is Russia. Just like the BRICS pairing itself, there is little else for the average Indian to look for in the Russian team. The most familiar name is the manager, Fabio Capello, and the star player happens to be the guy between the goal posts, Igor Akinfeev. That said, the small subset of Indian fans buoyed by Mangalyaan and otherworldly dreams might find something to like in the Russian away kit: it is (no joke) designed to mimic the way the Earth would look if you were staring at it from space.