Contribute Now
Ad
‘The one who did not speak a word. His silence was deafening and the other who spoke much and it was deafening! Our great Mahatma would have said “He spoke enough for both of us”. But perhaps the nation was longing to hear something.’

Raghu Rai’s latest book ‘The Tale of Two: An Outgoing and An Incoming Prime Minister’, begins with this invocation.

Well before Prime Minister Narendra Modi assumed office, the previous incumbent, Manmohan Singh, was being compared, repeatedly and usually unfavourably, to him. Raghu Rai, perhaps India's best-known photographer, has not been involved in day-to-day press reporting for 25 years now, but he found that this general election demanded his attention. So he decided to cover two political sessions of the Indian National Congress and Bharatiya Janata Party.

On January 17, 2014, Rai attended the Congress session, where he noticed Manmohan Singh sitting a few feet away from Sonia and Rahul Gandhi, with a fixed look of gloom on his face. ”I was unnerved and asked myself “Who has done this to him and why have they done it to him or has he done it to himself,” writes Rai in his book. On attending the BJP session a few days later, on January 19, he noticed a radical contrast in the persona of BJP's prime ministerial candidate.

‘As I went through the images one by one on the large screen, I was pained by what I saw!’ Rai noticed stark differences between the two PMs, as he sifted through the many photos taken from the two days. His photographs revealed one isolated man who looked resigned to his fate, while another spoke to his supporters with confidence and purpose.

A selection of photographs from the book. 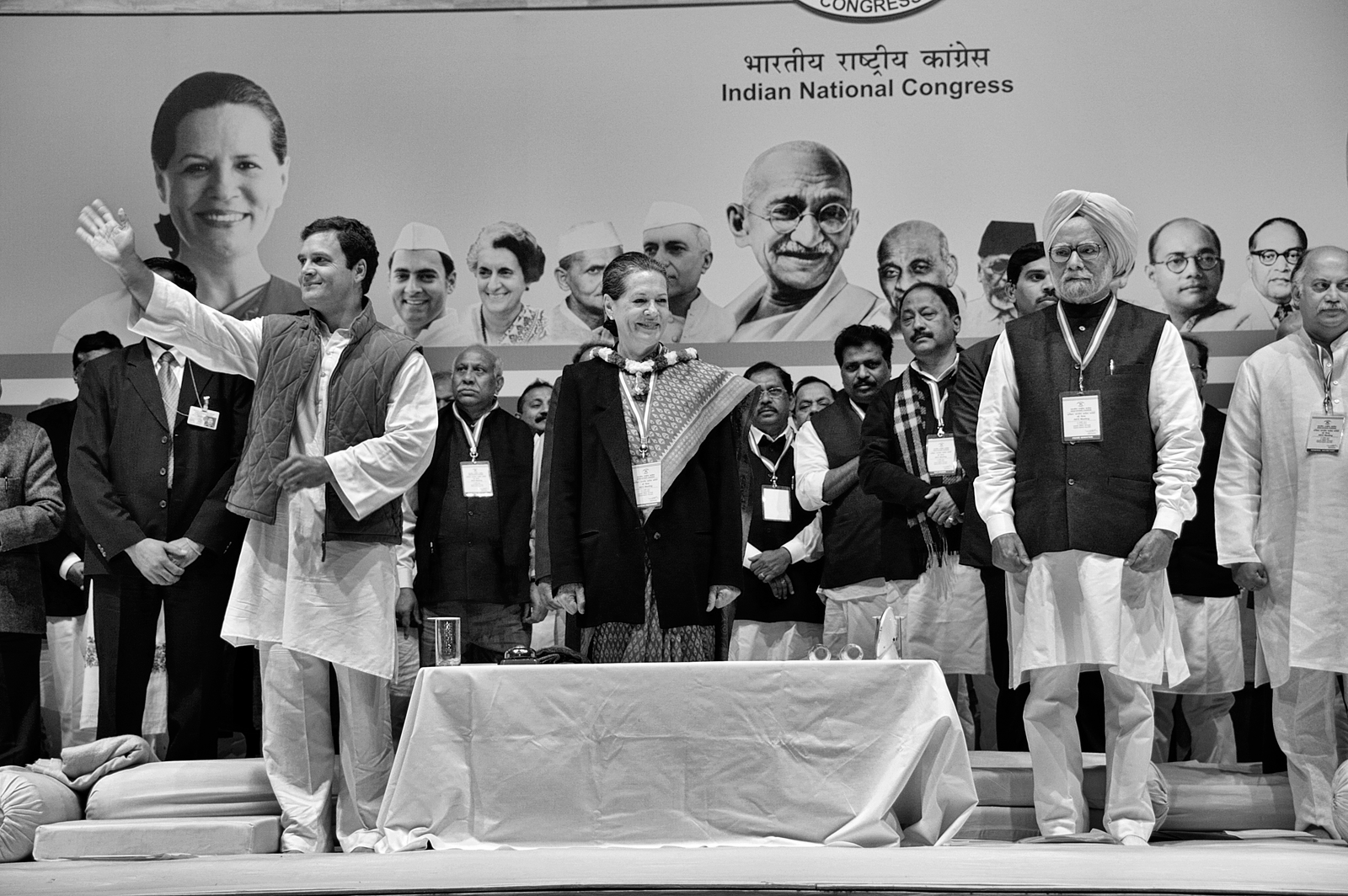 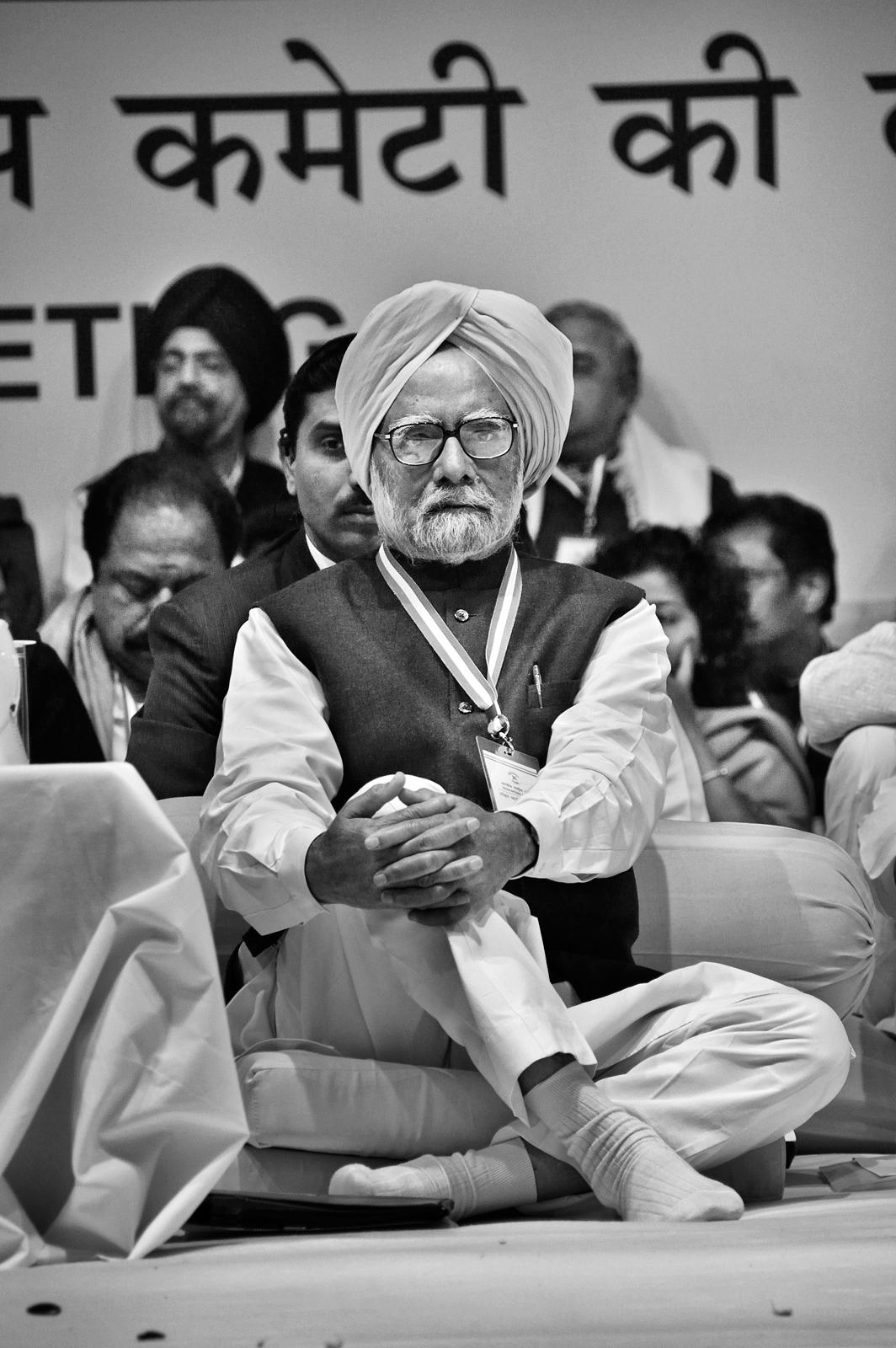 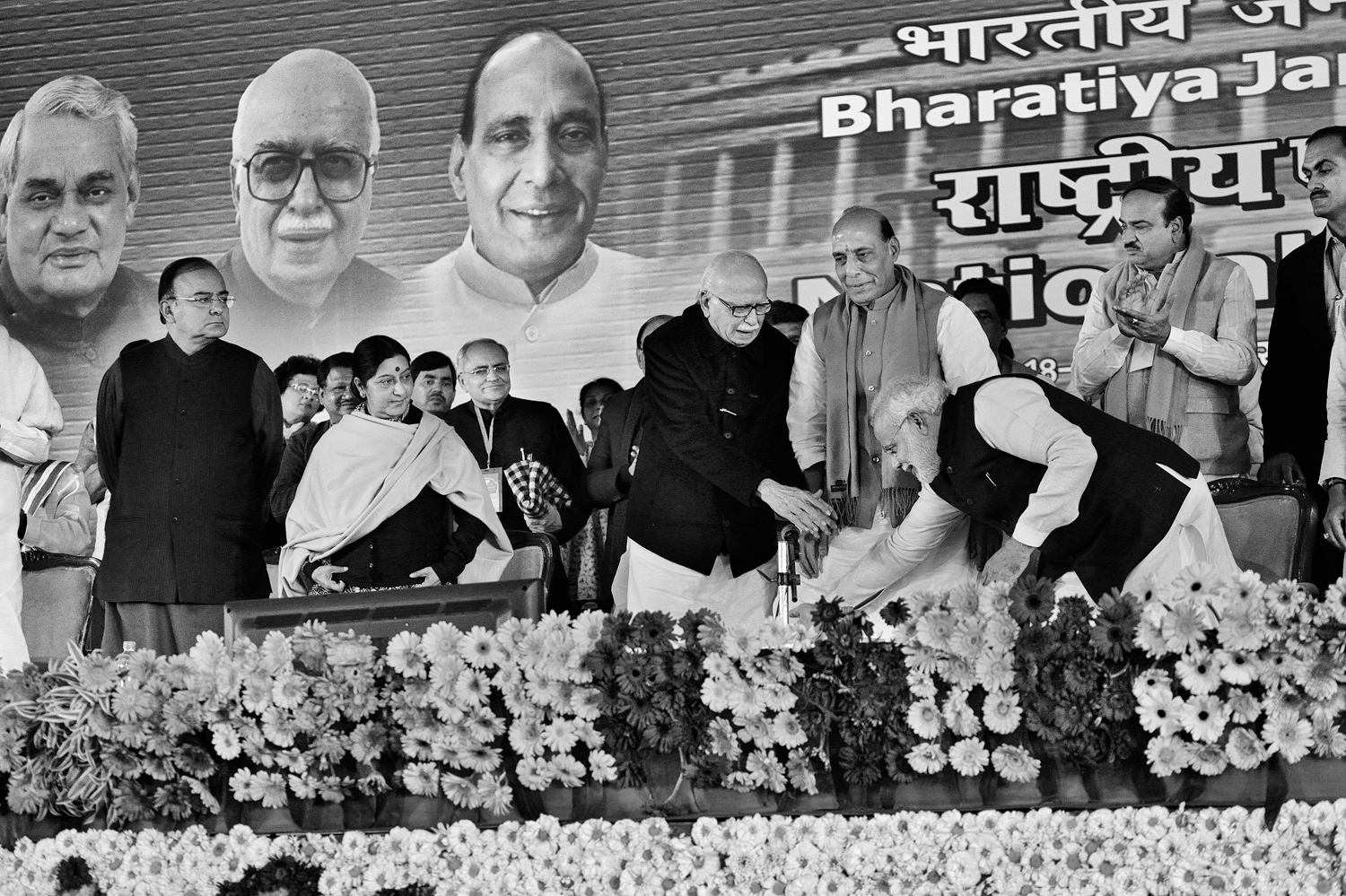 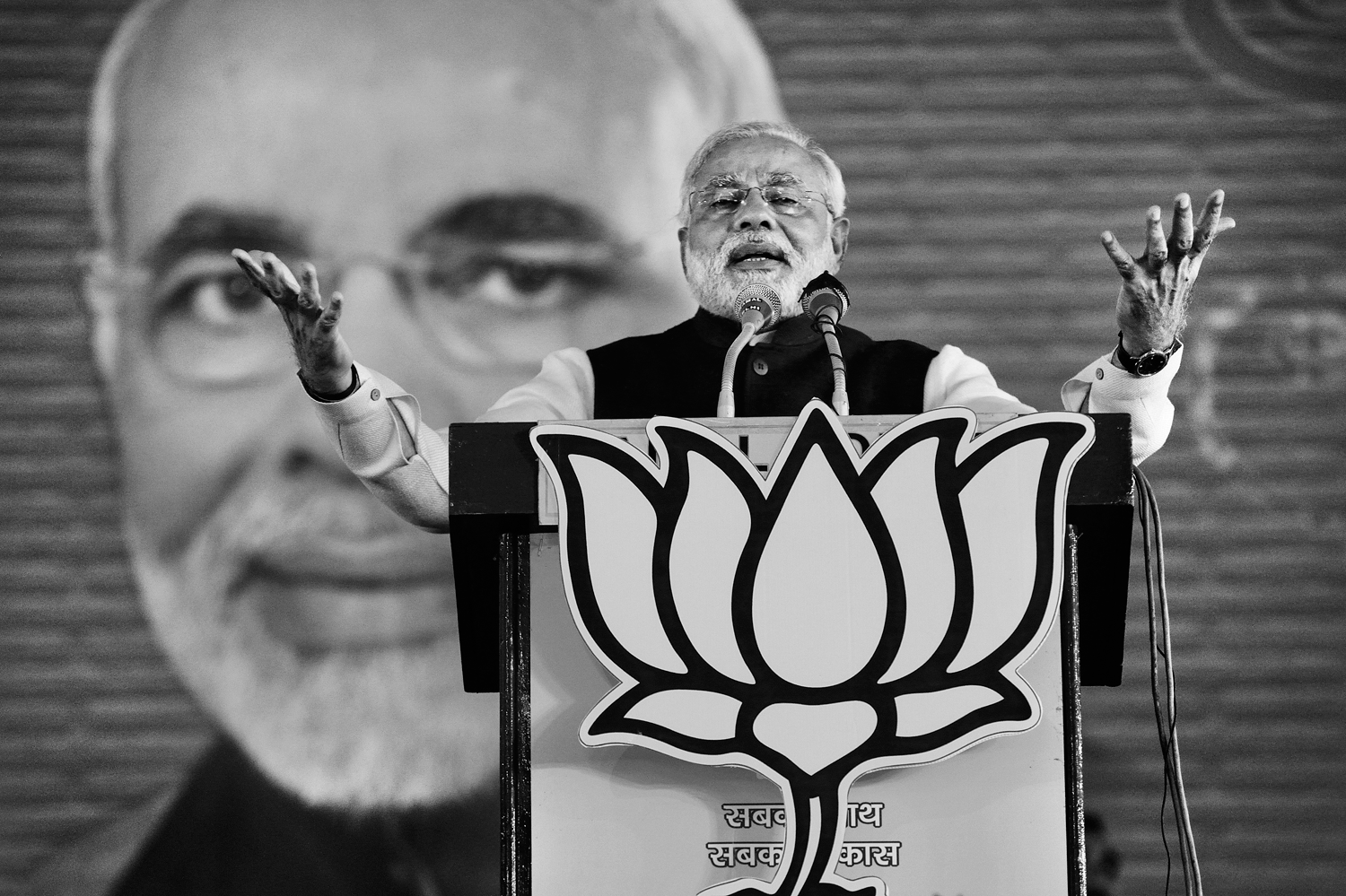 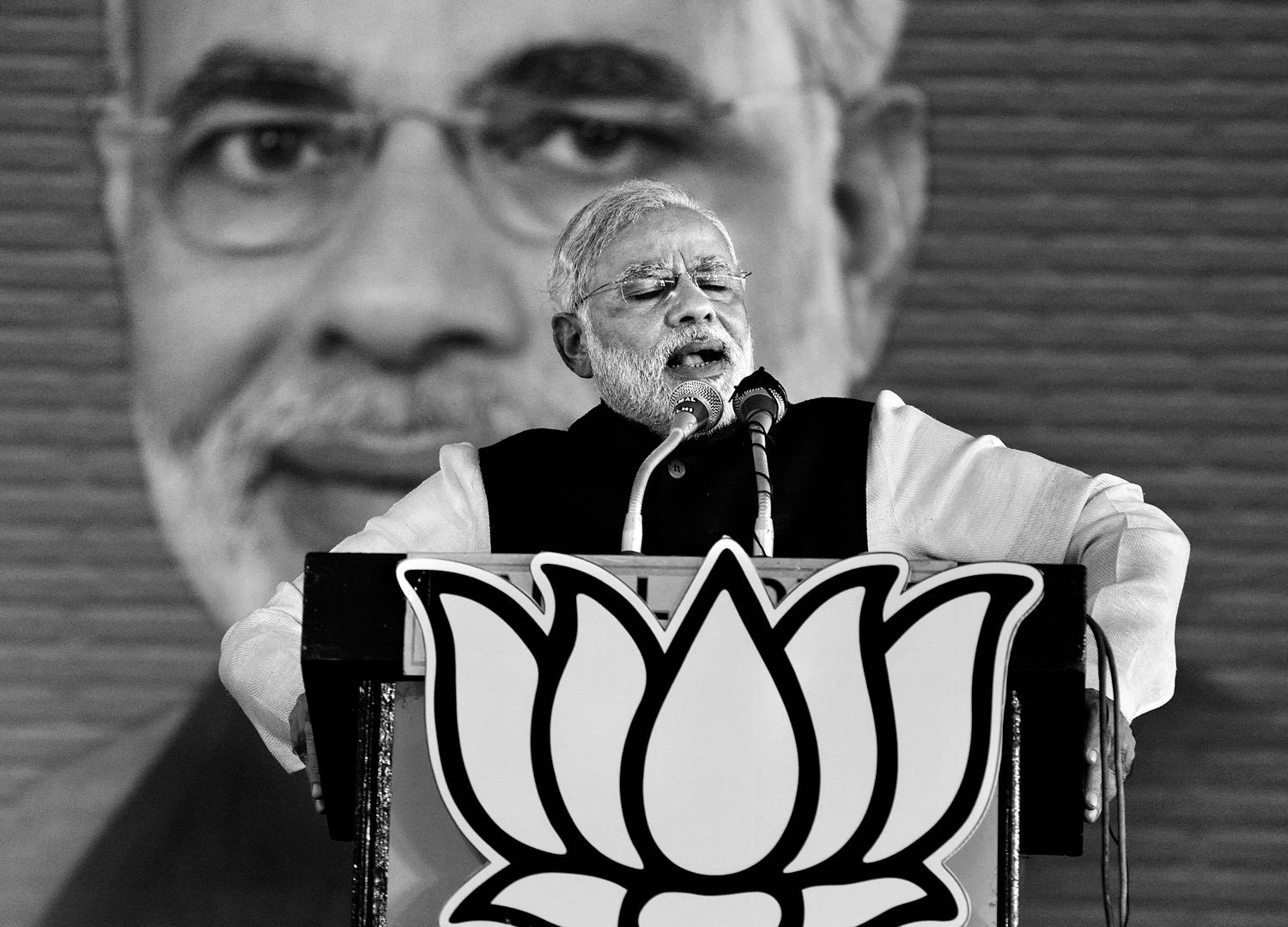 Photos used with permission from 'The Tale of Two: An Outgoing and An Incoming Prime Minister' by Raghu Rai. Published by AuthorsUpFront.