Every night, on the hour, Udit Chohan steps out of a cabin in the Kalinga Centre for Rainforest Ecology in the middle of the Western Ghats, with a notebook, flashlight and pen. He examines a small log block, takes notes and returns to the cabin. He has been doing this for a month.

Two months ago, a pregnant female Malabar pit viper took up residence on a small log in a thickly forested patch near the Kalinga camp. She is likely to give birth by the middle of July. The Malabar pit viper is a mildly venomous snake that lays and hatches eggs within its body and gives birth to live young. A few weeks later, she was joined by a male. No one knows whether he is the father and why he has come there.

Chohan is an intern at the Kalinga Centre, a small permanent research and study station in the Agumbe Reserve Forest near Guddekeri, a tiny village in Shivamogga district in Karnataka. It is situated in what people say is the wettest place in south India, although the Indian Meteorological Department has not confirmed this.

Much like the rest of this trip, the rains stubbornly refused to put up a spectacle, and all we saw was the sort of steady downpour that would not have been out of place in the plains. For a brief depressing period, we even saw the sun. 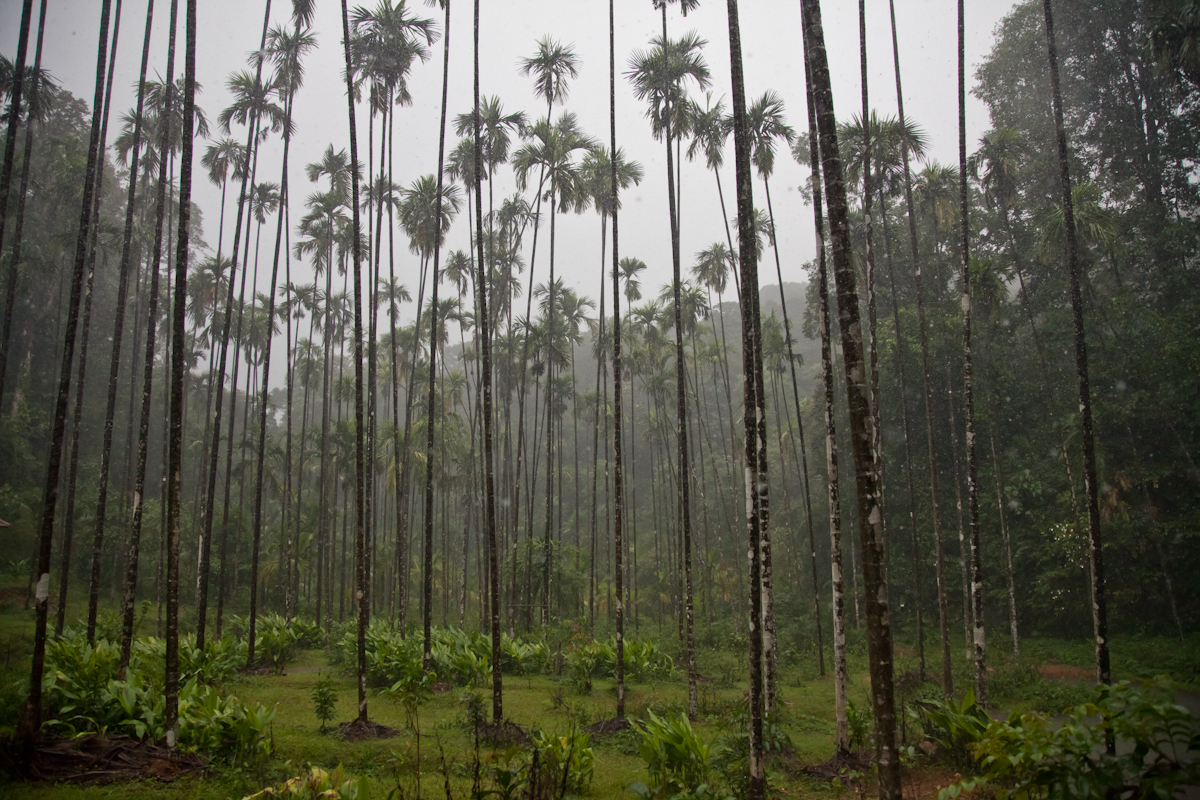 However, Chohan, who has been here for a month, leaves only in December, so he will certainly see the rains himself. By that time he will also have trained another intern to take his place. The data he and others gather will go a long way in expanding knowledge about the lives of snakes.

Even the most dedicated herpetologists in India do not know very much about Indian snakes in the wild. That is something P Gowrishankar, head of the Kalinga Centre is trying to change.

“We know almost nothing about Malabar pit vipers, for example,” said Gowrishankar. “We don’t have data for snakes in the wild. We only have an idea of their lifespan in captivity, when they are well-fed and face no real danger.”

Part of the problem, he says, is that a lot of knowledge is based on old herpetologists' books and that not enough fresh research is being done.

“Researchers in big cities tend to come down to study snakes only when they know they will be visible,” he said. “But that does not mean snakes are not there for the rest of the year. It only means that researchers are not there.”

While interns at Kalinga are now tracking the Malabar pit viper, they have spotted 204 individual snakes of 41 different species since Kalinga was founded in 2012. Thirty-five of those are commonly found in other places in India, but six are found only in that part of the Western Ghats.

“If in a small area like this we can find so many species, then if some day some a MNC [multinational] decides to come here, we will have data to prove the species richness of this place,” said Sonu Soman, the more senior intern, whose term at Kalinga will end in July.

Kalinga is the Kannada term for “king cobra”. Gowrishankar is known as something of an expert on this species. He began his career in studying the snakes in 1999 at the Madras Crocodile Bank Trust. The trust, which was founded by Romulus Whitaker in 1972, is home to a large collection of captive king cobras.

When Whitaker left in 2005 to establish the Agumbe Rainforest Research Station ten kilometres away from where Kalinga is today, Gowrishankar followed. In 2012, he decided to start his own organisation.

The locals in Agumbe are dedicated about conservation and even stopped a resort and tile factory from coming up in the vicinity. When Whitaker attempted to set up the ARRS, they regularly sent complaints to the district collector.

“I have been here a long time, so I didn't face problems when I started Kalinga,” said Gowrishankar. “The villagers also benefit because we rescue king cobras, which they consider sacred and so do not harm them.”

Kalinga does not accept tourists at the centre, but is open to anyone seriously interested in documenting or observing wildlife.

While we were there, a group of amateur environmental photographers from Mumbai had come down for the weekend. They split their day between walking along the hills around the camp and attending educational sessions with Gowrishankar, Chohan and Soman.

“I am 80% a scientist, but for the remaining 20%, I like doing conservation education,” Gowrishankar said. “There are lots of really good papers on snakes out there, but I want to bring this to the ground level, with a scientific touch.”

How a Goan fisherman escaped the southwest monsoon by boat