Contribute Now
Ad
It's official now: Delhi has the highest incidence of crimes in India, as recorded by the National Crime Record Bureau’s recently released report studying crime patterns in the country in 2013. 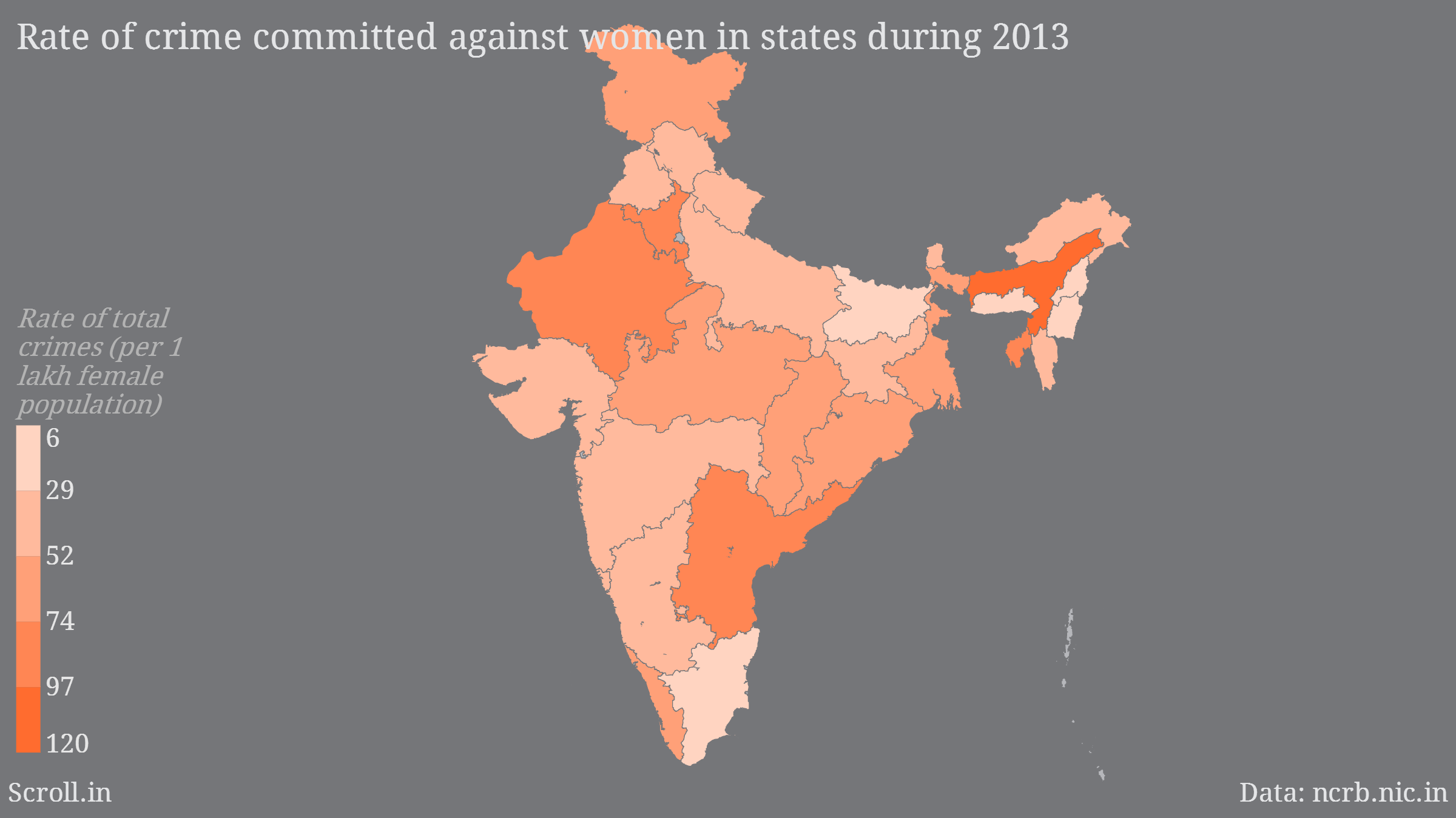 In the map showing the rates of crimes against women, Assam and Tripura are on top, followed by Rajasthan and Haryana. Yet, if we also look at the union territories, we see that Delhi lists higher than any other place in India, with a very worrying rate of 146.79 rapes per 1 lakh population. This number has been getting worse over the years. Looking specifically at rape, Delhi is more than 3.5 times the rate in Mumbai.

This reiterates the status of Delhi as a city particularly unsafe for women. Mumbai, which is generally considered more women-friendly, registered 391 rapes, compared to Delhi’s 1,441. Bangalore registered 80.

Reported rapes rose overall in the country by 35.2% (from 24,923 in 2012 to 33,707 in 2013). It is likely that the protests that followed the Delhi gang-rape have made it possible for more women to report the crime, and the police to encourage registering First Information Reports. In other words, this increase is likely to be reflective of more reporting rather than more crime. Yet, the difference between Delhi’s numbers and other major cities is stark. 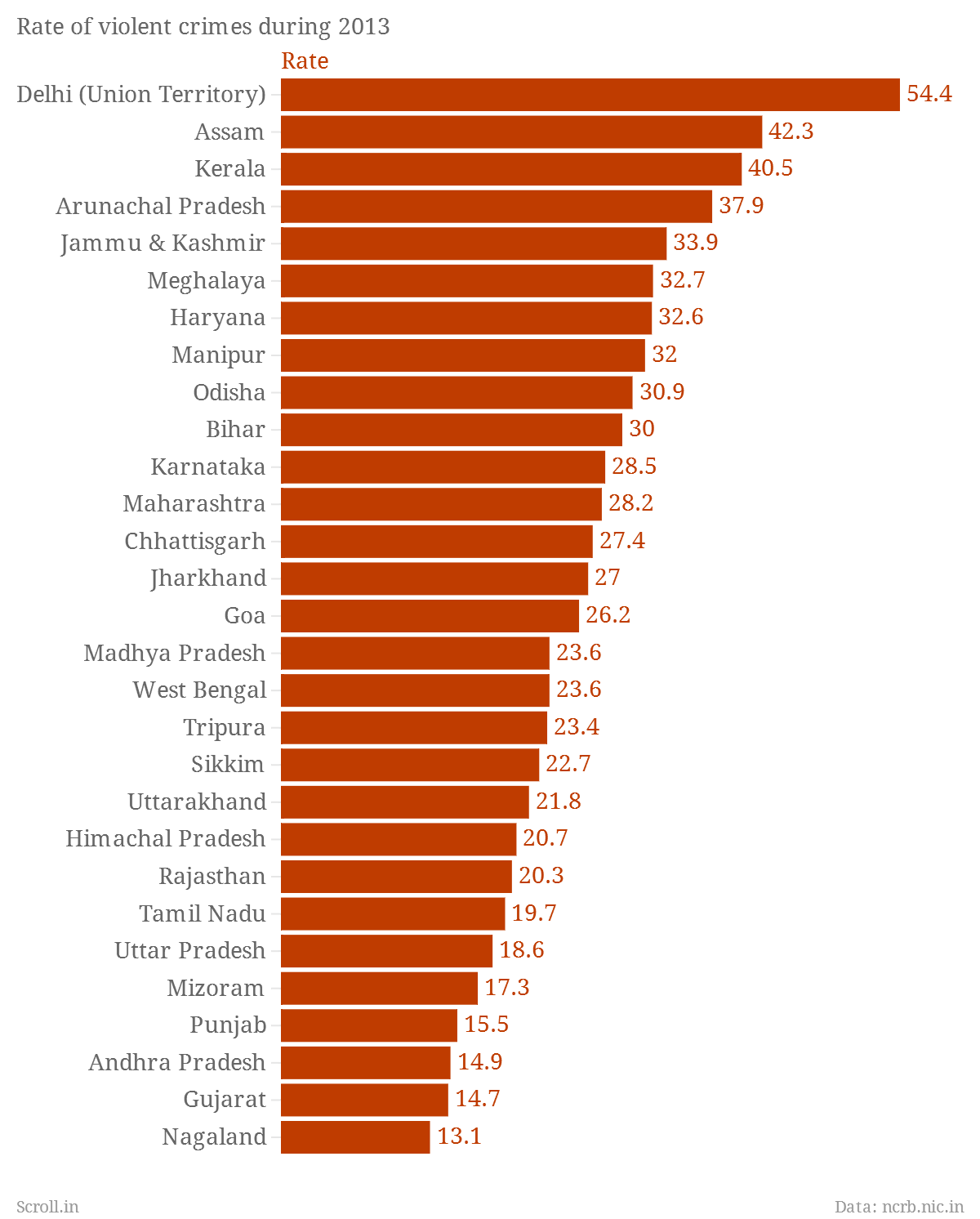 Delhi beats the rates of violent crime in Maoist-prone states such as Chhattisgarh and Jharkhand. 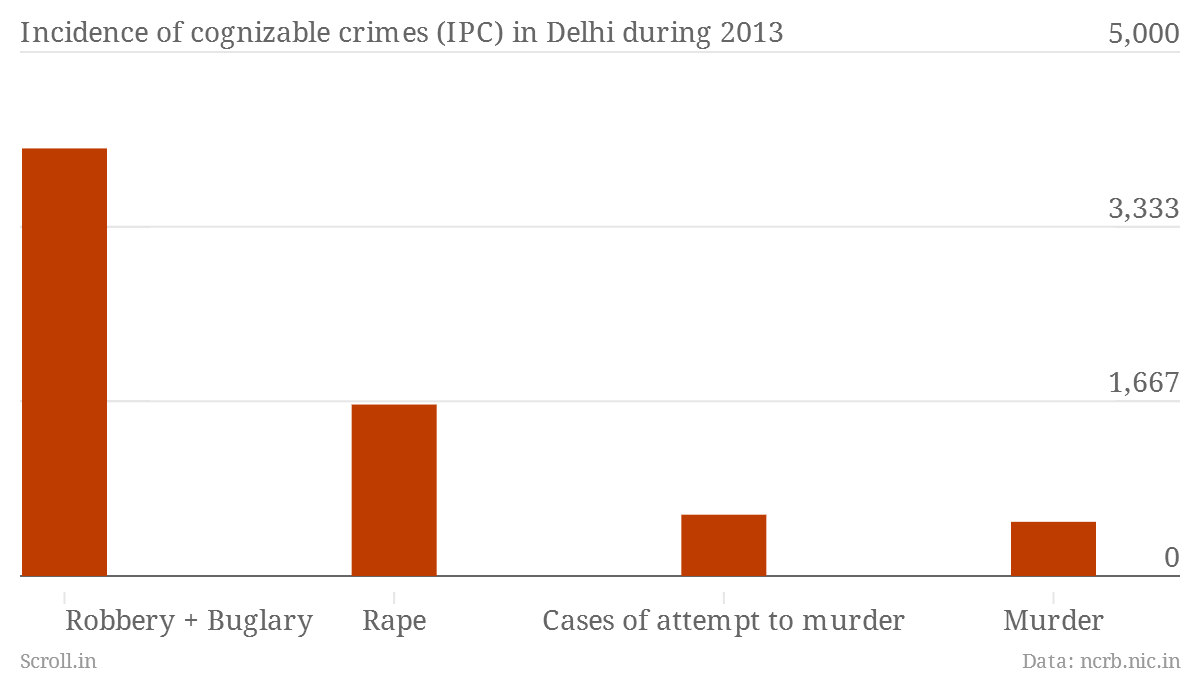 A cognisable offence is one where the police officer has the authority to make an arrest without a warrant and can start an investigation without the permission of the courts. They carry a sentence of three years or more and these crimes include rape, murder, and theft. 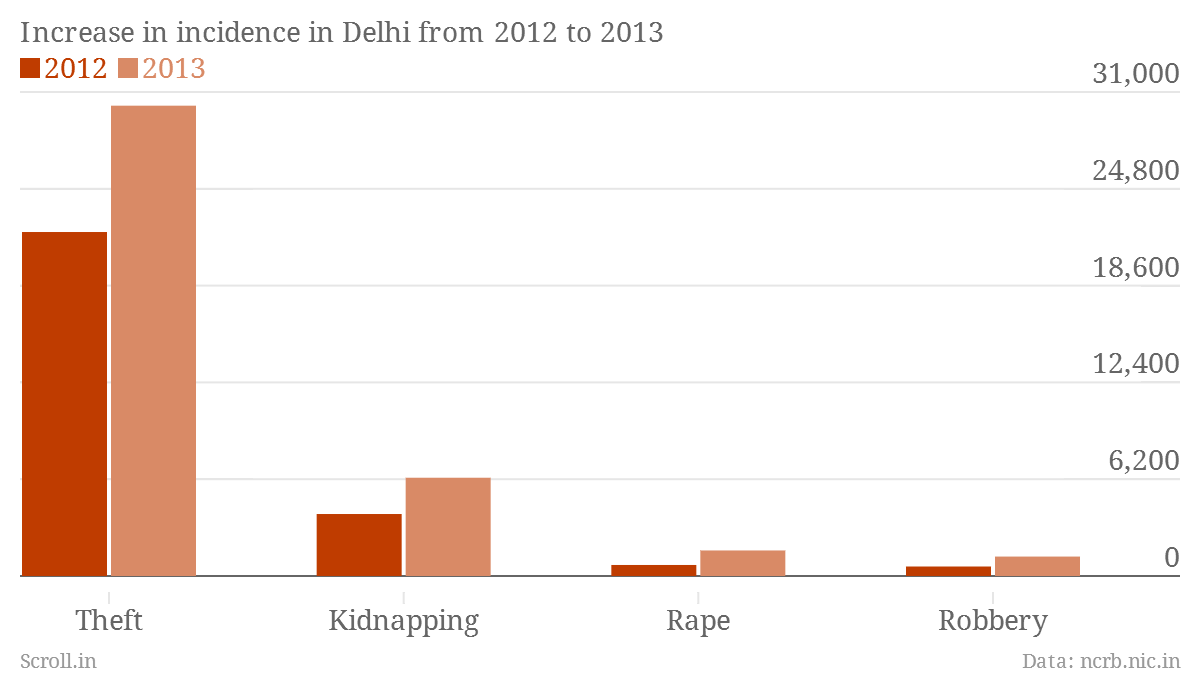 Delhi had 5,406 reported cases of kidnapping in 2013, which is almost ten times the next largest, Bengaluru. No less of an outlier in the incidence of murder, Delhi had 430 in 2013 compared to Bengaluru’s 217.

Crime rate is the ratio of crimes in an area to the population of that are and expressed per 1000 population per year.

Even though the overall crime rate in Delhi at 55.83% doesn't place it at the top, it is still significantly high. Law and order in the capital city doesn’t seem to have improved despite the light being shone on its dark underbelly.

UP, Punjab and Goa now have fewer MLAs with criminal records – but more with serious charges