When enough people had gathered, the right side of the bus opened up to reveal a brightly lit stage. At the same time, the roof of the bus lit up and became another stage. A play began to unfold. It told the story of how the bus takes a detour from its usual route and falls into a ditch.

On the side stage, a metaphysical drama in the ditch played out: passengers first try to climb out of the ditch and find they can’t, so they gradually reestablish their lives there. In one corner of this performance space, the band, Oorali, which is part of the travelling theatre group, provides the background music.

On the roof, the story concerns the mundane: people wonder where the bus has disappeared, the police begin investigating the matter and the passengers’ families stage protests demanding that the government do something to help. 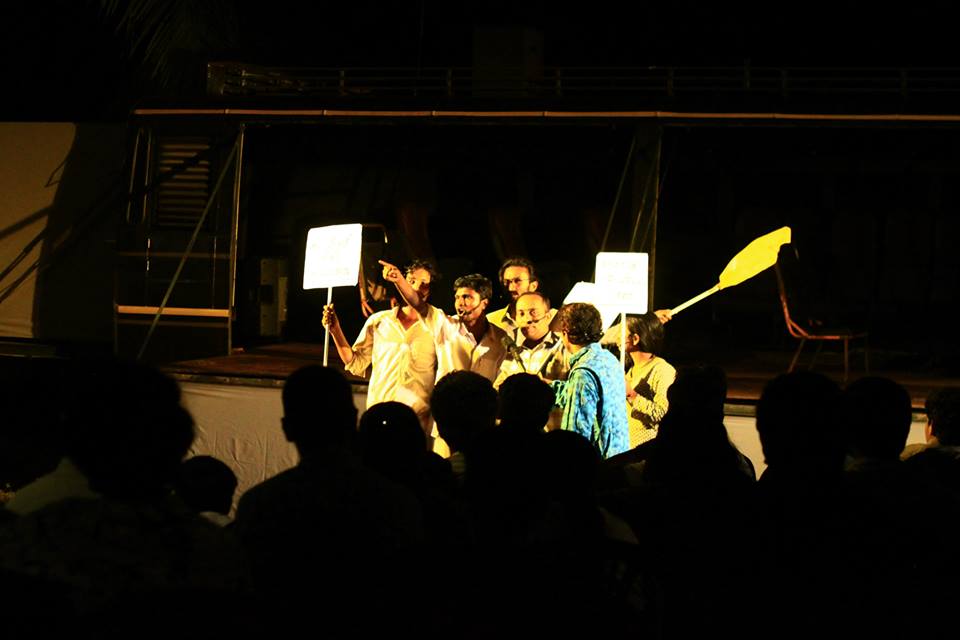 This was the first of five performances across the district, funded by a grant from the Bangalore-based India Foundation for the Arts. The troupe spent two days at each of the venues and interacted with locals.

“We sang, we danced and we invited everyone to the bus,” recalled Saji Kadampattil, a guitarist who is part of the band. “The experiment was a great success. We invited children on board to see and learn various art forms. The process was organic.”

A half-hour documentary about the bus, made by the group, was aired in Bangalore last month, and will be screened at the International Documentary Festival in Trivandrum later this month.

The troupe also hopes to perform at the Kochi Muziris Biennale, an international exhibition of contemporary art held in Kochi every two years, which starts in December. Before that Kadampattil, who splits its time between Thrissur and Bangalore, hopes to bring the bus to the IT city. 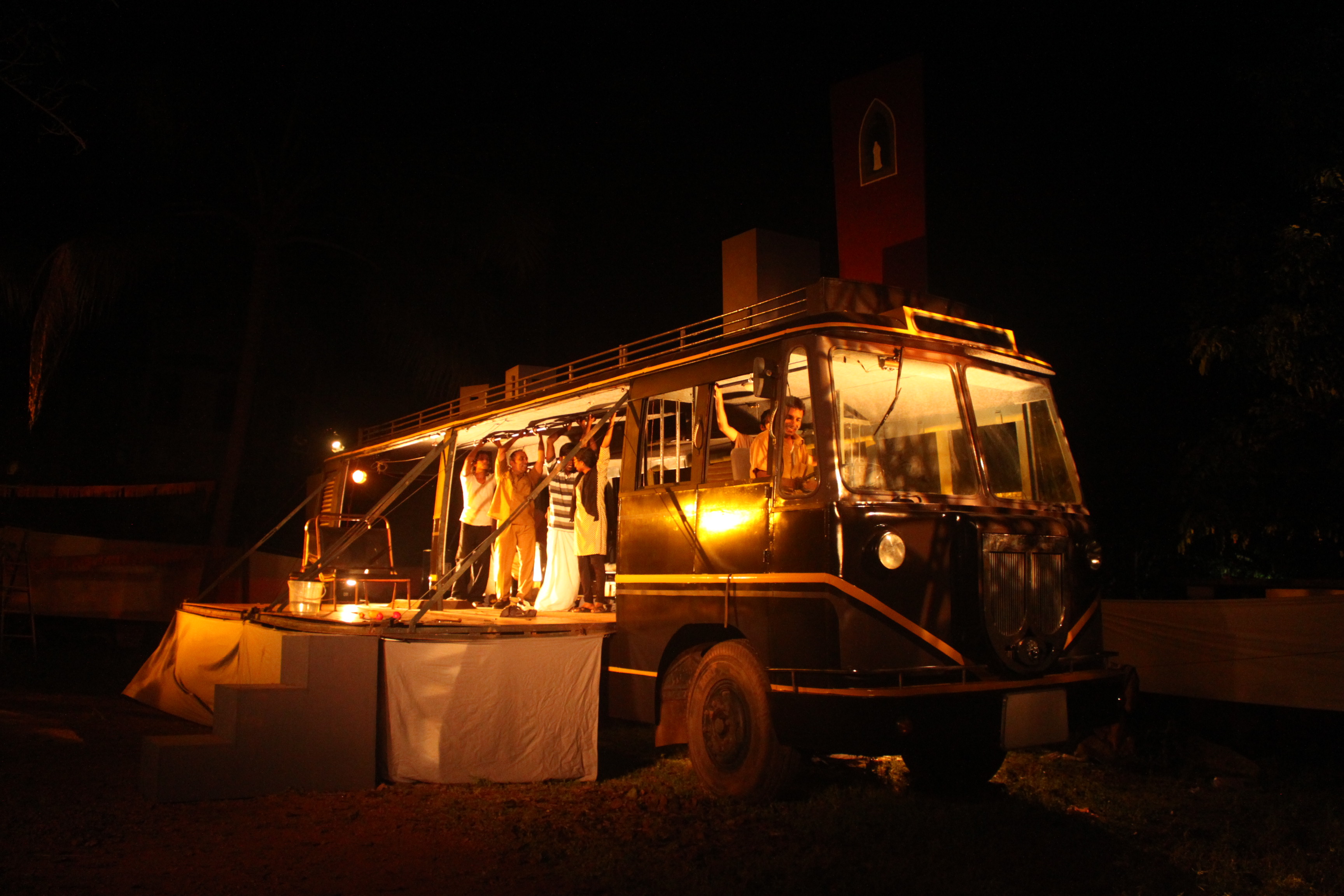 But for now, that may not be possible. Since January, the bus has not left Thrissur town, let alone Kerala, bogged down in petty but debilitating legalities. Late last year, when the group applied for a permit to take the bus across the state, the transport department declined to give them one, saying, among other things, that as a performance vehicle the bus could not be driven around.

The authorities also objected to the bus opening out on the right, saying a moving bus should have doors only on the left side. They said that the artistes had refurbished the bus after it had been registered by the original owner, which was not allowed.

It all started in 2010, when some of the artistes found an abandoned, weather-beaten bus in Thrissur town in Kerala. Its owner was going to junk it. But they decided that it had many more miles to go, and bought it.

From there began the experimental journey of the bus carnival. Led by the Sadhana Centre’s Martin John C, an actor trying to break traditional performance spaces and experiment in unconventional spaces like trains, they spent three years refurbishing the bus, including installing levers to help open out the right side, and strengthening the roof. Finally, in September, they did their first trial run.

“We were artistes who felt constricted by demarcated spaces for performances,” said Kadampattil. “We felt that we should be able to perform anywhere and that was what drove the project. We didn’t think of the legal niceties. Maintaining the bus is quite expensive. There are times when we think of discarding it.”

But the artistes haven't, hoping they will soon find a way out of the impasse. “I have a strong relation with the bus because my father was a bus driver,” said Martin. “Every child who boards a bus to go to school enters a different world each time. We want to connect with that child in the audience. But our main aim is to spread the idea taking performances to the people.”