The survey shows that electricity was consumed by 74% rural households in 2011-12. That's an increase of 36% over the previous survey, conducted in 2004-'05. The quantum of electricity consumed in these seven years in rural India increased by 57%.

In urban areas, the number of households consuming electricity went up by 7% over the previous round, and was found to be 96% in 2011-12. The per capita amount of electricity consumed went up by 29%.

Per person consumption of electricity in rural India was 8.9 kilo-watt hours, costing Rs 25, as compared with 25.8 kWh in urban India, where it cost Rs 87. Urban consumers spent 3.5% of their consumer expenditure on electricity, in rural India it was 1.76%.

The map below shows statewise per capita consumption of electricity, urban and rural combined. The divide between the Hindi heartland and west and south India is clear. 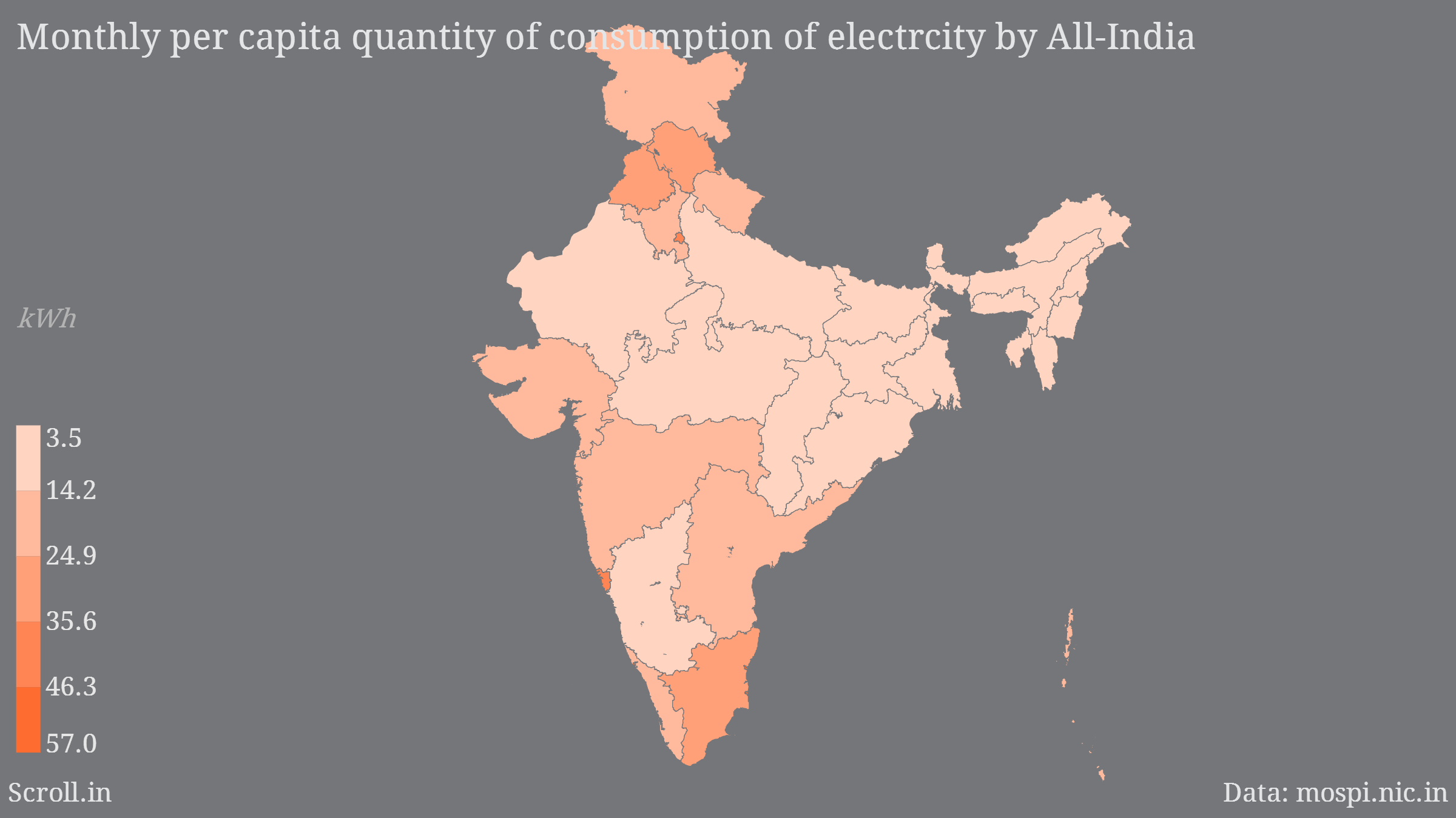 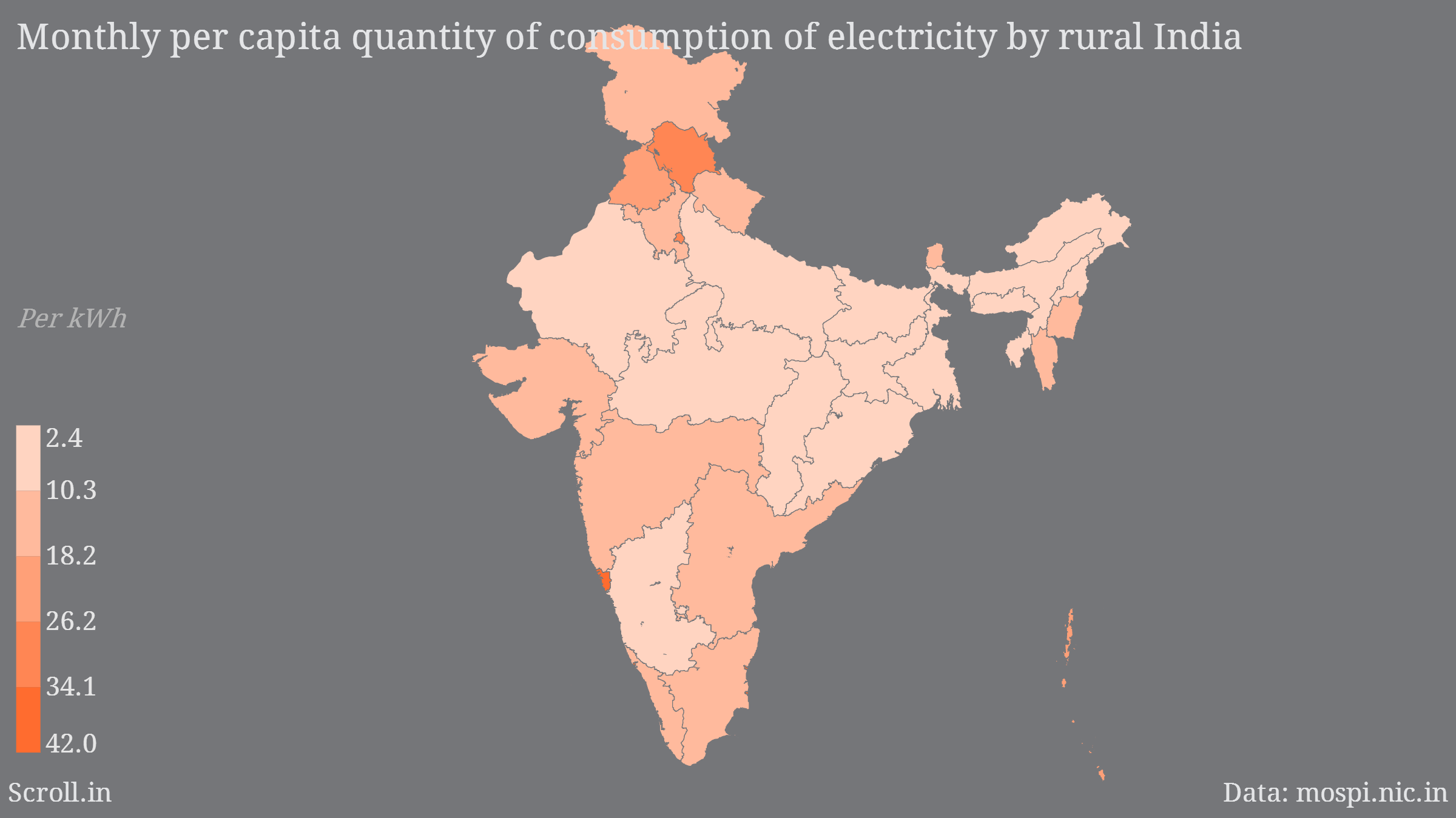 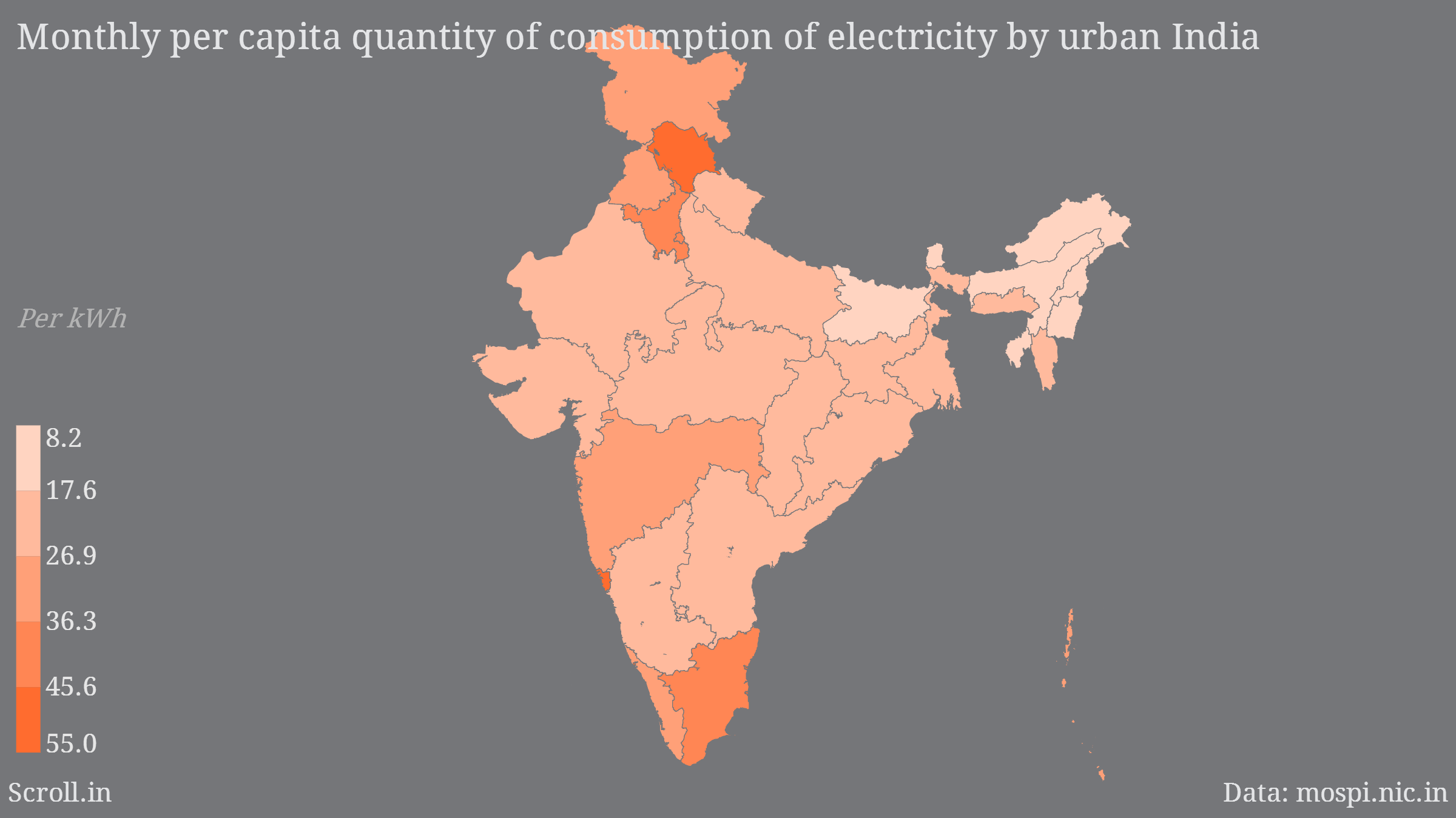 Uttar Pradesh shows the greatest bias towards its urban population, which consume about 5 times more than their rural counterparts.

Punjab and Himachal Pradesh both show strikingly high rates of rural consumption – the rural consumption is about two-thirds that of urban areas. This possibly reflects the high levels of subsidies in electricity is given to rural areas by their governments.

Delhi and Chandigarh, with the highest per capita incomes, rank the highest among cities. Goa and Puducherry consume large amounts of electricity in both their rural and urban areas. 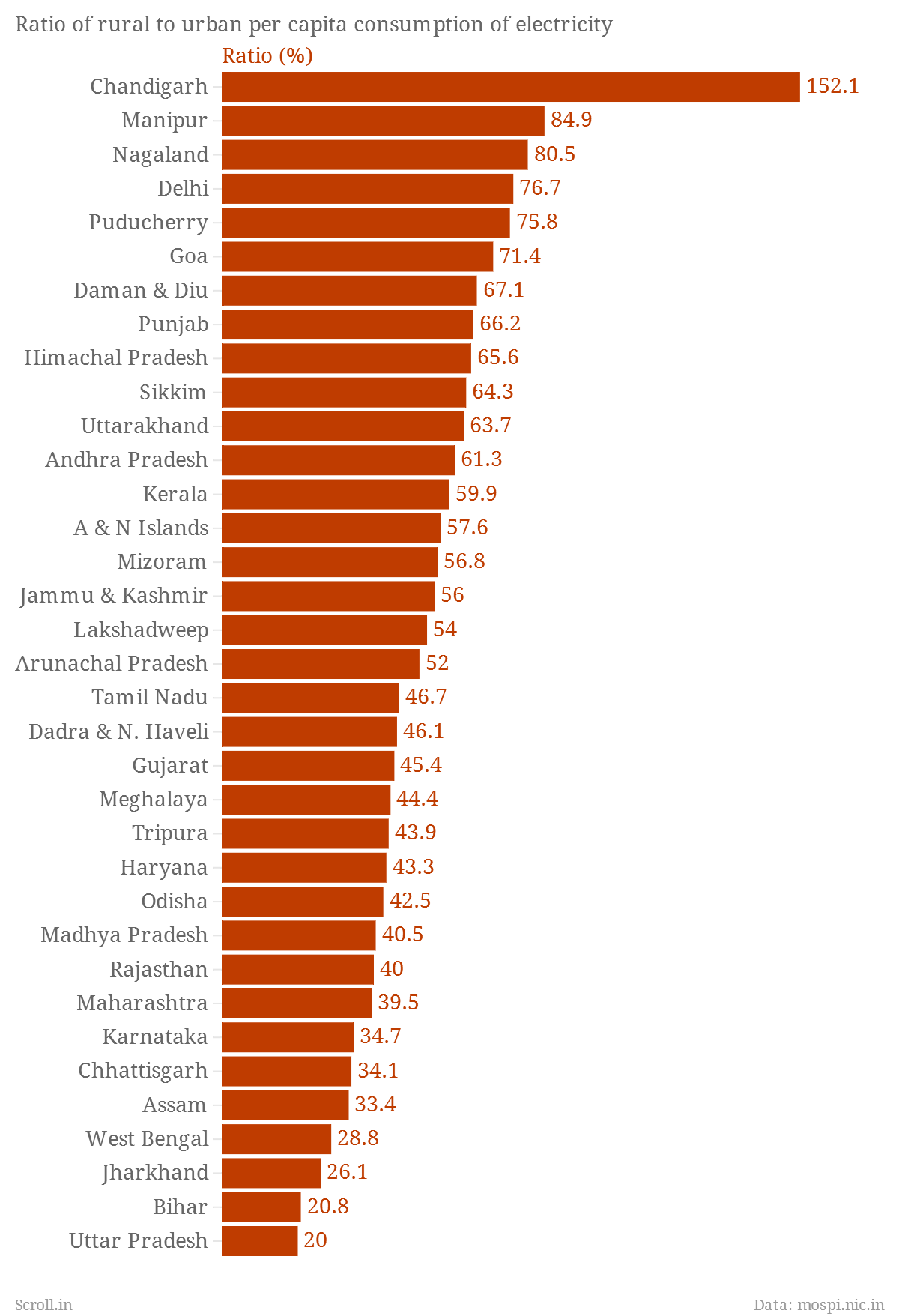 Manipur, with an urbanisation rate of about 30%, has a remarkably high urban-rural ratio of 84.9%; i.e., the state has almost equal consumption in both the large rural areas and the much smaller urban area.

Even with lower temperatures, monsoon may not provide respite from India’s power crisis