Become a Member
Ad
A bewildered Sassi ran directionless in the desert. The sand burned through the skin of her feet, creating huge blisters that hurt with every step she took. But not even the heat of the desert could match the fire in her heart, which longed for her beloved. “Punnhun, Punnhun,” she yelled but only the roar of the desert wind answered her call.

I sat in the backseat of the car, embarrassed of where I was from. Flags and graffiti of Sindhi nationalist parties bedecked every other house and wall on the highway as soon as we exited Karachi. Altaf Hussain, Muttahida Qaumi Movement and Pakistan Peoples Party have a tight grip on politics of the city. I am from Lahore, so such politicisation of a city is alien to me. Every time I come to Karachi I am amazed at how contested the political space here is. There are flags of Sunni parties, Shiia parties, nationalist parties, federalist parties. There is also the violence. Lahore on the other hand is a monolithic place, almost entirely Punjabi, with one political party capturing the imagination of the people: Pakistan Muslim League-Noon.

When I finally saw a poster of our prime minister, Nawaz Sharif, on one of the walls I felt relieved. Not because I support the party or the man but because it was familiar. The one thing that unites all these separate political entities in Karachi and its surrounding areas, all of whom regularly battle each other for political rewards, is their hatred for the Punjabi establishment. That PML-N has hardly any seats outside Punjab and yet dominates the national government speaks volume about the region’s grip over national politics.

Now a new force is being sent south into Sindh. Much less frequently, but enough to capture my attention, I saw flags of Jamaat-u-Dawa – the front for the terrorist organisation Lashkar-e-Taiba, a group that Indians are all too familiar with – and Sipah-e-Sahaba. Both of them are hardline Sunni parties that don’t shy from using violence and religious rhetoric to achieve their political purposes. While Jamaat-u-Dawa has officially severed links with LeT, most observers believe some connections remain. Sipah-e-Sahaba has led the Shiia pogrom in Pakistan for decades. Both of them are slowly entering mainstream politics in Pakistan and both are Punjab-based movements. Their primary support comes from the Punjabi middle-class, which is easily swayed by the slogan of Islam.

For years Sindh has been the target of puritanical Islamic movements because they believe that a corrupt version of Islam is being practiced here, in the form of shrine worship. After redeeming the soul of Punjab, they are now on a mission to redeem the soul of Sindh.

Sassi did not know when in the darkness of night Punnhun’s brothers had tricked him and taken him back. Like Punnhun she also believed that they truly rejoiced in their happiness; that they wanted to take part in their wedding celebration. Had she known that they were only pretending she would have stood outside her Punnhun’s door throughout the night, and would have fought with anyone who would try to separate them. But that is the folly of love. It cannot be defeated by repression and suppression. It can only be deceived by kindness and love itself.

The First Mosque
I pointed out a board to the driver and asked him to head in that direction. It led us towards the museum of Bhambhore. The archaeological ruins of this ancient city were next to the museum. There was no one on duty. It wasn’t even eight in the morning. Then finally a government official decided to present himself and gave us tickets to see the mound. 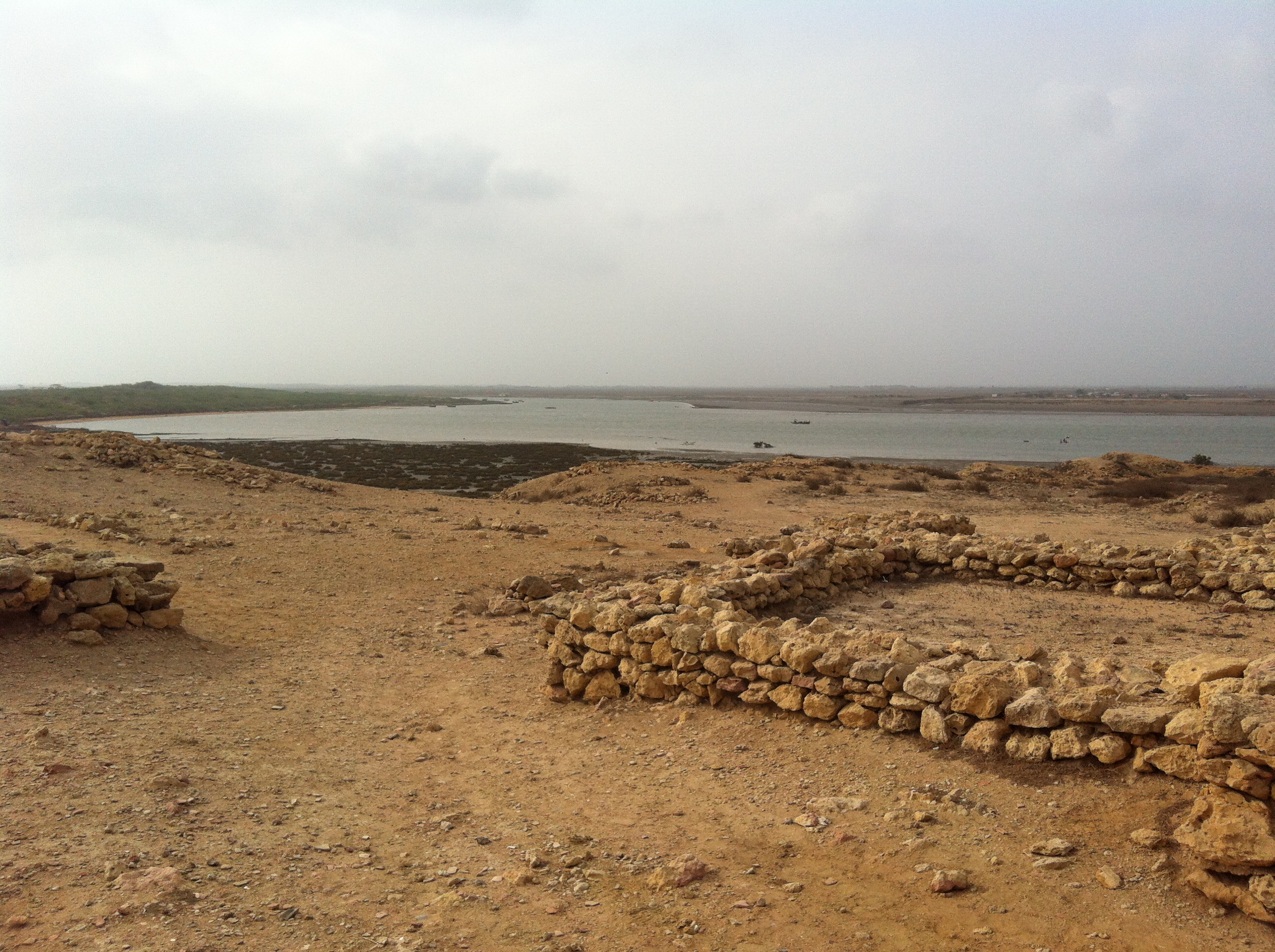 There was a beautiful sturdy protective wall around this ancient city. The mound was about twenty meters higher than its surroundings. In front of us was the majestic water of the Arabian Sea, flowing inland. This is Gharo creek. Before Karachi emerged as the most important port in Sindh with the arrival of the British, Bhambhore had that honour. Archaeological records of this port city go back to the 1st century BCE. It was from here that traders travelled into Mesopotamia and Egypt. Bhambhore must have been a metropolitan city itself, entertaining traders from the rest of the world. Bhambhore was also the first city that the Muslim general Muhammad Bin Qasim conquered in India. This was in the year 711-712 CE.

Much needs to be excavated in this archaeological mound. Of what has been excavated, the most important building is the grand mosque. This is believed to be the first mosque in the Indian peninsula, so it is a vitally important monument. Not far from here is another excavated section of the mound. This was the main market. I walked around this mound in vain, searching for a temple or any other place of worship besides a mosque. Everything else has been conveniently left uncovered.

When Punnhun expressed the desire to marry Sassi, Sassi’s father, a dhobi, refused. He said that he would only marry Sassi into his own profession, their equal. In this way a dhobi refused the proposal of a prince, for Punnhun was the prince of Kech (present day Makran region of Baluchistan). What Sassi’s father did not know that Punnhun was an equal of Sassi, for Sassi herself was a princess and that too of Bhambhore. Her father had left her in a basket in the water when the priest had predicted that she would bring infamy to the family. The little girl was found by the dhobi. In this way a prediction of a priest turned both Sassi and Punnhun into dhobis. To win the love of his life Punnhun started washing clothes.

Politics before History
Muhammad Bin Qasim, the seventeen-year old invader of Bhambhore and Sindhm captures the imagination of Pakistani historiographers like no other Muslim warrior. He is represented as the man who brought civilisation to a dark, anarchic land dominated by Hindu rulers. Some idiotic textbooks claim that in its essence the Pakistan movement began with the arrival of Muhammad Bin Qasim. Other heroes of Pakistan history are also those who left deep wounds on the subcontinent: Muhammad Ghaznvi, Muhammmad Ghori, Babur, Aurangzeb and Ahmad Shah Abdali.

Inside the museum of Bhambhore there is a depiction of the forces of Muhammad Bin Qasim arriving on their ships, reaching the gates of Bhambhore and burning down the city. This is the single most important event regarding this city as far as the archaeological department is concerned. The only excavated structure is the grand mosque. Eight hundred years of history are rendered irrelevant.

The politicisation of archaeology in Pakistan is hardly discussed. The Gandharan civilisation, of which the city of Takshashila was also part, is depicted on popular tourist posters and postcards. The priest-king of Mohenjo-daro is another favorite. I often wonder why the sensibilities of my countrymen are not hurt by looking at the glorious statues of Buddha and Bodhisattvas in Takshashila and Lahore museum, while they immediately take offence at Hindus who worship before an idol. Why is the university of Julian at Takshashila, believed to be the oldest university in the world, and where Chanakya trained Chandragupta, depicted as an example of culture in Pakistan, while the ancient Hindu temple of Katas Raj at Kalar Kahar has only been recently renovated?

The answer is not in religion but in politics. Pakistani archaeology doesn’t ignore Hindu monuments because they are idol worshippers, but because of the two nation theory. We want to exert even through our scholarship that we are separate and were throughout history. The Gandharan civilisation was divorced from the Gangetic plain, the India of the future. It provides Pakistan historical legitimacy, indicating that this was a separate civilization from the Indians even before there was an India and Pakistan. 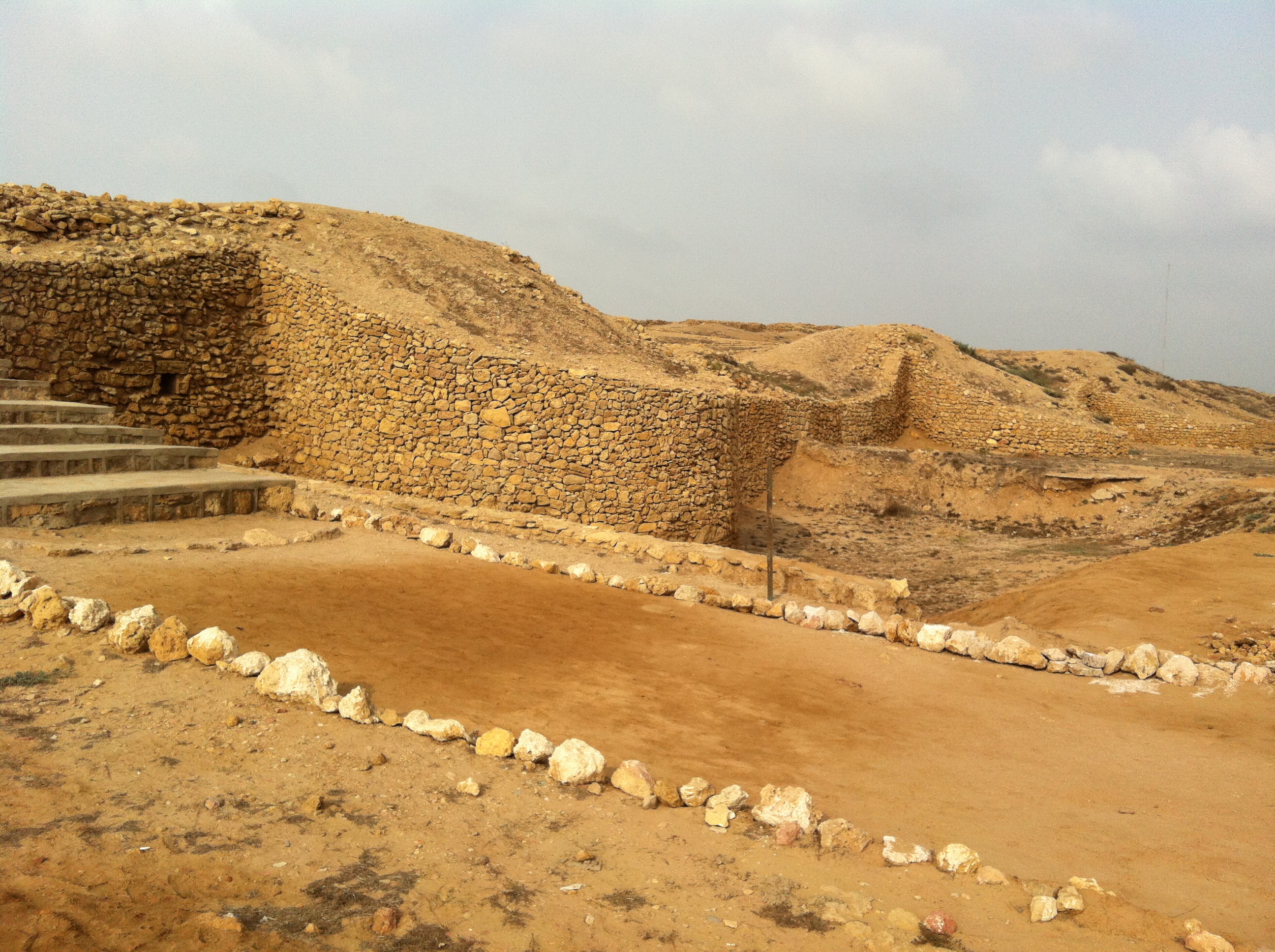 No archaeological board or tourist website of Pakistan states that the University of Julian was a Hindu university before it became Buddhist under the influence of King Ashok, the grandson of Chandragupta. I found a similar situation in Kashmir, where I visited the ancient university of Sharda in Neelum valley, not far from the Line of Control. That too was once a Hindu university and temple, before it became Buddhist under the dominant influence. Yet today the department of archaeology is only willing to accept its Buddhist past. If under the influence of Buddhist kings these monuments had not become Buddhist and remained Hindu, today they would have been allowed to fade away, as once the Katas Raj was.

Islam first established its roots in Sindh and then slowly spread into India. It is also here that Islam was given its unique South Asian flavor. The syncretistic culture of Sindh adopted Islam and gave it new meanings. It is here that poets like Abdul Latif Bhitai eternalised the love story of Sassi and Punnhun, by using their love as a metaphor for divine love. It is also here that Shahbaz Qalandar picked up religious practices from tantric and ascetic Hindu traditions and adapted them to mystical Islam. From Sindh rose a Hindu deity called Jhole Lal, to whom hymns are sung throughout Pakistan.

While Punjab today is the center of power and the trendsetter of the culture of Pakistan, something that Sindhi nationalists decry, it was Sindh that gave birth to a new Islamic culture that slowly took root in India. And now Islam comes back to Sindh, in almost full circle, in the form of ultra-Sunni extremist organisations. For decades Sindh has fought back, but it seems like it may be losing the battle now. Only a few months ago a Hindu temple was burned down in Larkana over allegations of blasphemy. Hundreds of Sindhi Hindus have migrated to India in the past few years. They have left a home they did not desert even during Partition.

Hundreds of miles away from Sassi, Punnhun too roamed like a Majnun on the desert sand screaming the name of his beloved. He did not know that Sassi was now taking her last breath. Tormented by her love, her body gave up.

Haroon Khalid is the author of A White Trail: A journey into the heart of Pakistan’s religious minorities (Westland, 2013)

The Hagia Sophia as a palimpsest: Memories of the monument in five acts