Contribute Now
Ad
It’s one of those things that sets apart one kind of Indian from another: do you prefer rice or roti? Both? Rice first or roti first? The questioner will often judge you depending on your answer.

As the maps below show, the two extreme states are Rajasthan in the west and Manipur in the east. Rice is negligible in Rajasthan, but Manipur lives solely on rice. The state that really loves both is Bihar, which consumes rice and wheat in equal quantity, though rural Bihar eats a little more rice. The most remarkable urban-rural contrast is in rice consumption in Uttar Pradesh: rural Uttar Pradesh eats twice the amount of rice (4 kg per person per month) as urban (2 kg), though a close to equal amount of wheat (around 7 kg).

When the NSSO data is projected onto maps, it is clear that the south, east and north-east loves rice, whereas the Hindi heartland, the north and the west, prefer wheat. The regional divide is so clear you could draw a line, except that the hill states of Uttarakhand, Himachal Pradesh and Jammu & Kashmir aren't as clearly with Punjab or Rajasthan. Jammu & Kashmir eats around 3.3 kgs of wheat per month, as compared to 8 kgs rice. Kashmiris eat a lot more rice than the people of the Jammu region. In Uttarakhand they eat more wheat than rice, in Himachal Pradesh it's the other way round, but both states eat both in substantial measure. 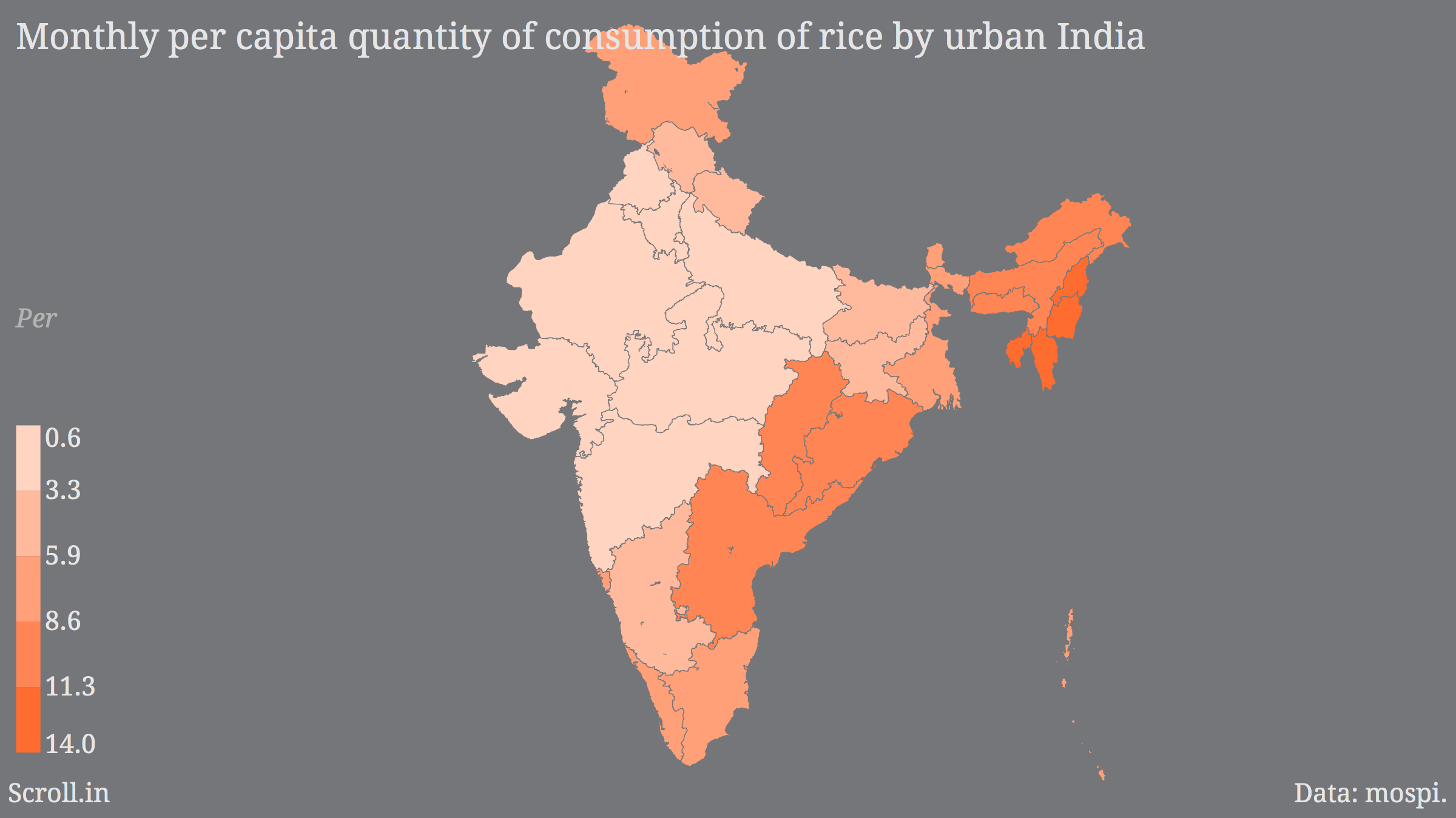 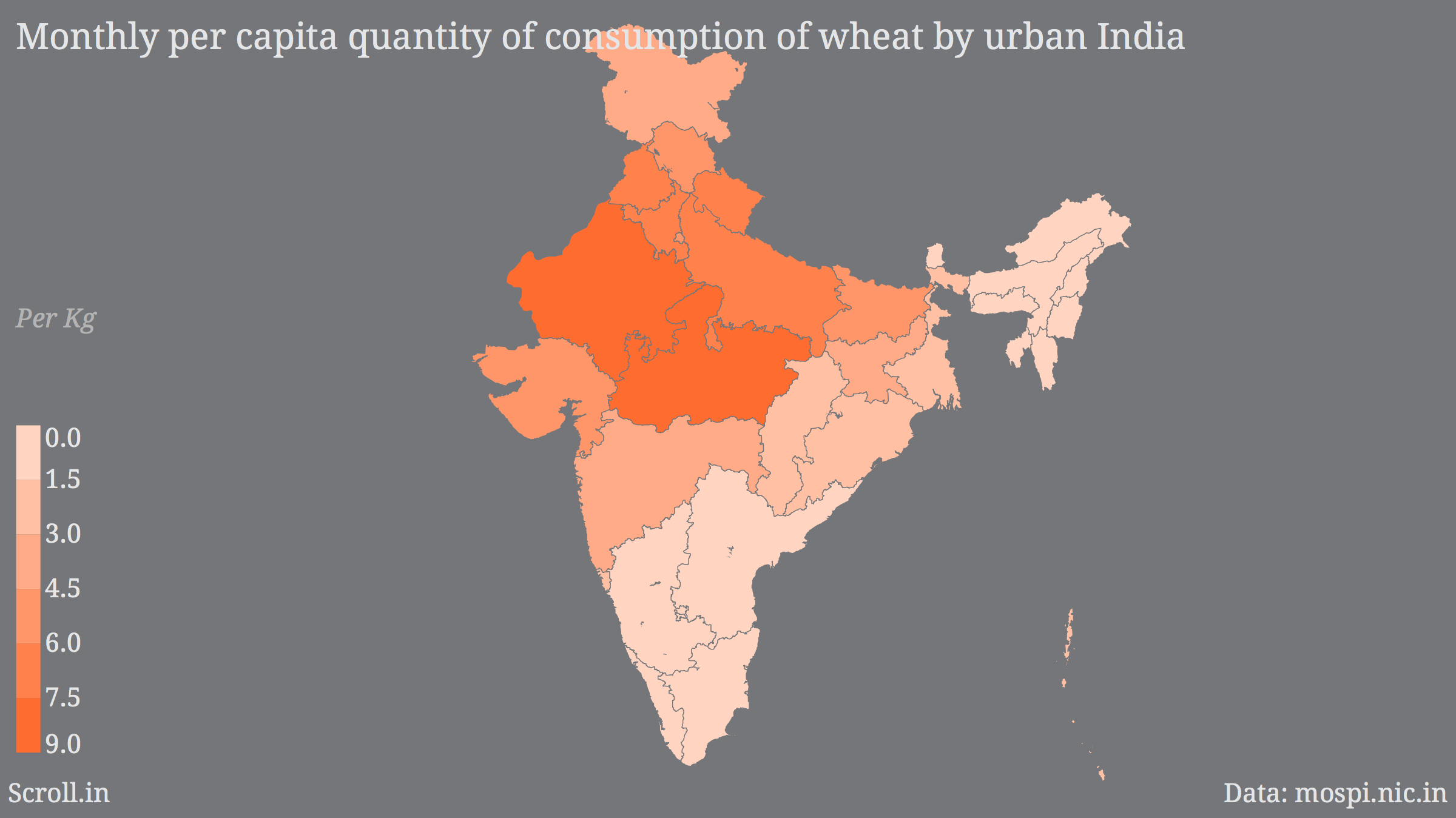 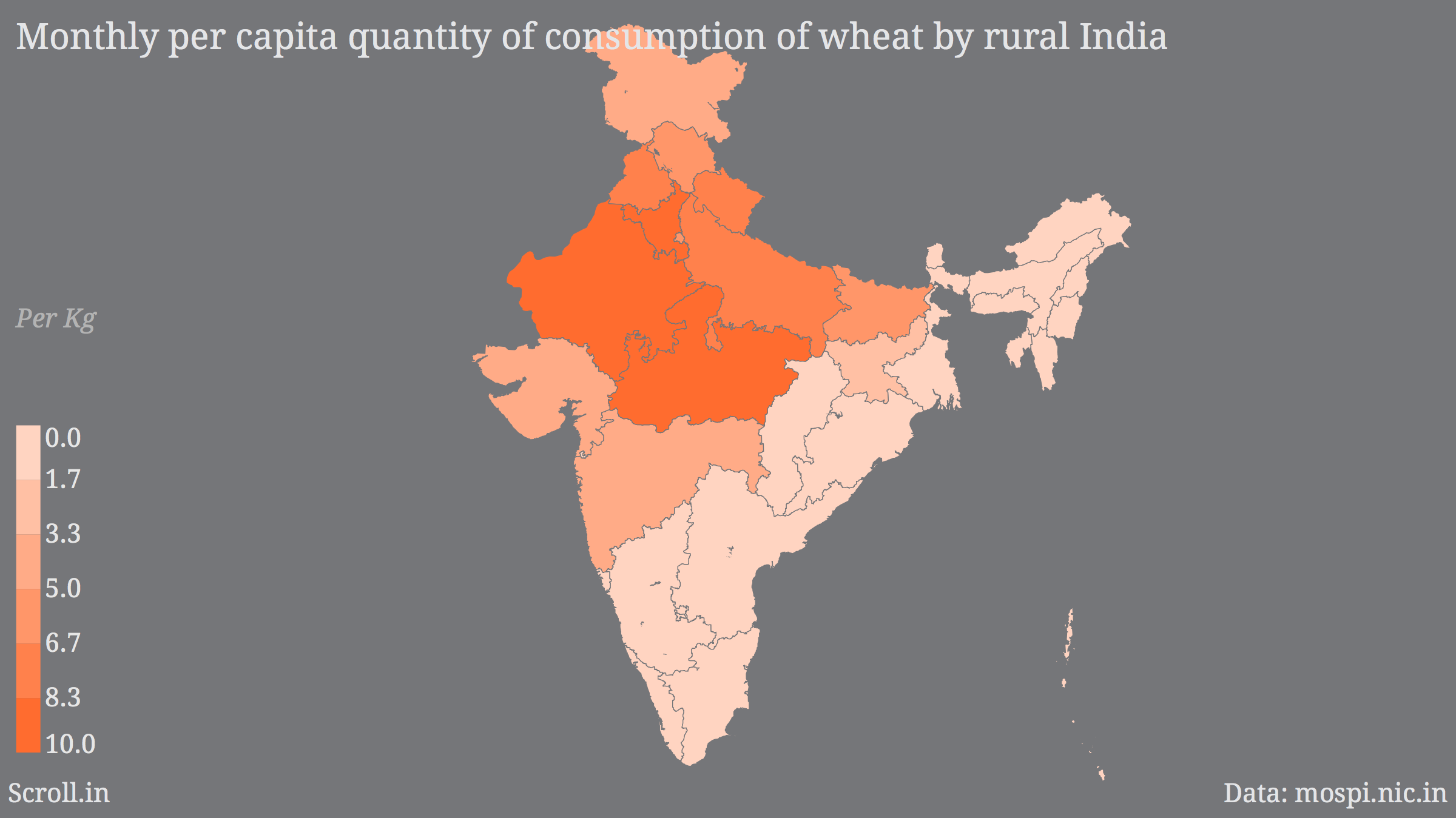