Become a Member
Ad
As of July 21, Air India had welcomed its 16th Boeing Dreamliner into the family. Yet already this year close to 150 Air India Dreamliner flights have been grounded, according to a news report. That’s almost nine groundings per Dreamliner this year.

The Boeing Dreamliner planes were introduced on Air India in September 2012 and the combination has been beset by problems since. The plane was met with a lot of fanfare as it is light weight and therefore consumes less fuel. Better fuel efficiency implies lower flying costs for the airline. At least Air India can claim it has never had a battery problem. During the three-month global grounding starting in January of last year, Air India flew three of its planes, albeit without passengers, without a hitch. 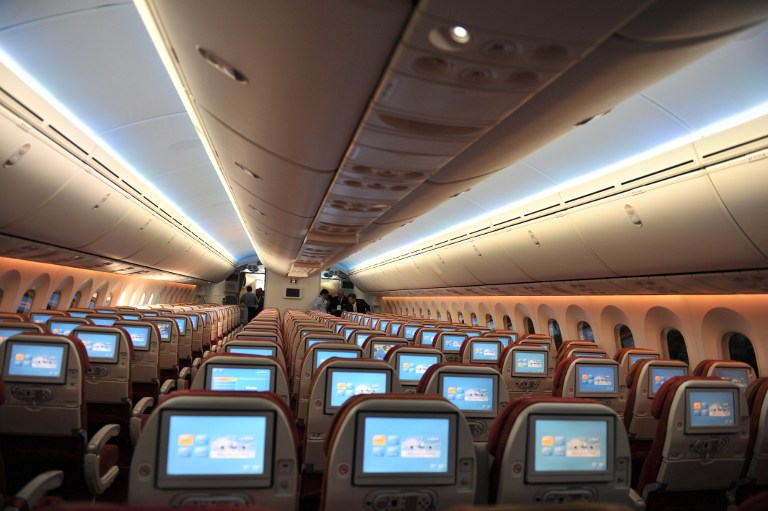 The inside of an Air India Dreamliner. (Noah Seelam/AFP)

The issue is exacerbated because it is not simply one kind of trouble that Air India is having with its Dreamliner aircrafts. It’s all different types. A flight from Melbourne to Delhi was diverted to Kuala Lumpur after all three of the jet’s navigation computers failed simultaneously. Two other planes had cracked windshields within a month of deployment – windshield cracks typically occur in planes that are more than 4-5 years old.

Another plane was grounded in Sydney this month due to a problem with the landing gear. The flights deck doors wouldn't shut and engineers couldn't fix it, leaving the passengers stranded. In January, when a plane was en route to Delhi from London, all of the transponders failed and the plane became invisible to the radars on the ground. The plane eventually had to return to London and the problem wasn't fixed for up to 36 hours.

In a written reply to Parliament last week, aviation minister Ashok Gajapathi Raju said that Air India’s Dreamliner fleet had 9,902 successful takeoffs till June 2014. Crucially, he said that as many as 318 of these flights faced “service delays attributed to technical snags”. That is about one incident for every 31 flights.

With Air India mounting over Rs 3,159 crore worth of losses, it seems the troubles won’t be ending anytime soon. There may be some good news at the end of the tunnel though. After eight long years and a host of hurdles along the way, Air India has finally joined the prestigious Star Alliance, the world’s largest global airline alliance. Air India will have to live up to even greater standards than it has been used to and this may be a struggle.