Contribute Now
Ad
Uttar Pradesh is not generally considered the most successful of states when it comes to governance. It is now going through one of its far-too-frequent phases of communal violence, where it seems as if there is very little in the way of state intervention.Its unwieldy size, with a population equivalent to Brazil, has often led to calls for Uttar Pradesh to be broken up into smaller parts to improve governance.

Yet there is one measure by which it appears to have done exceedingly well: employment. According to the Sixth Economic Census, which was conducted between January 2013 and April 2014, Uttar Pradesh has recorded 75% more employed workers than in the last census, conducted in 2005. The census is a count of all establishments engaged in the production or distribution of goods. This increase puts it in the top five states by employment growth, itself a huge success for a state not generally believed to be well governed. And the increase was much greater than the population growth of 20% in Uttar Pradesh between the 2001 census and the 2011 census. 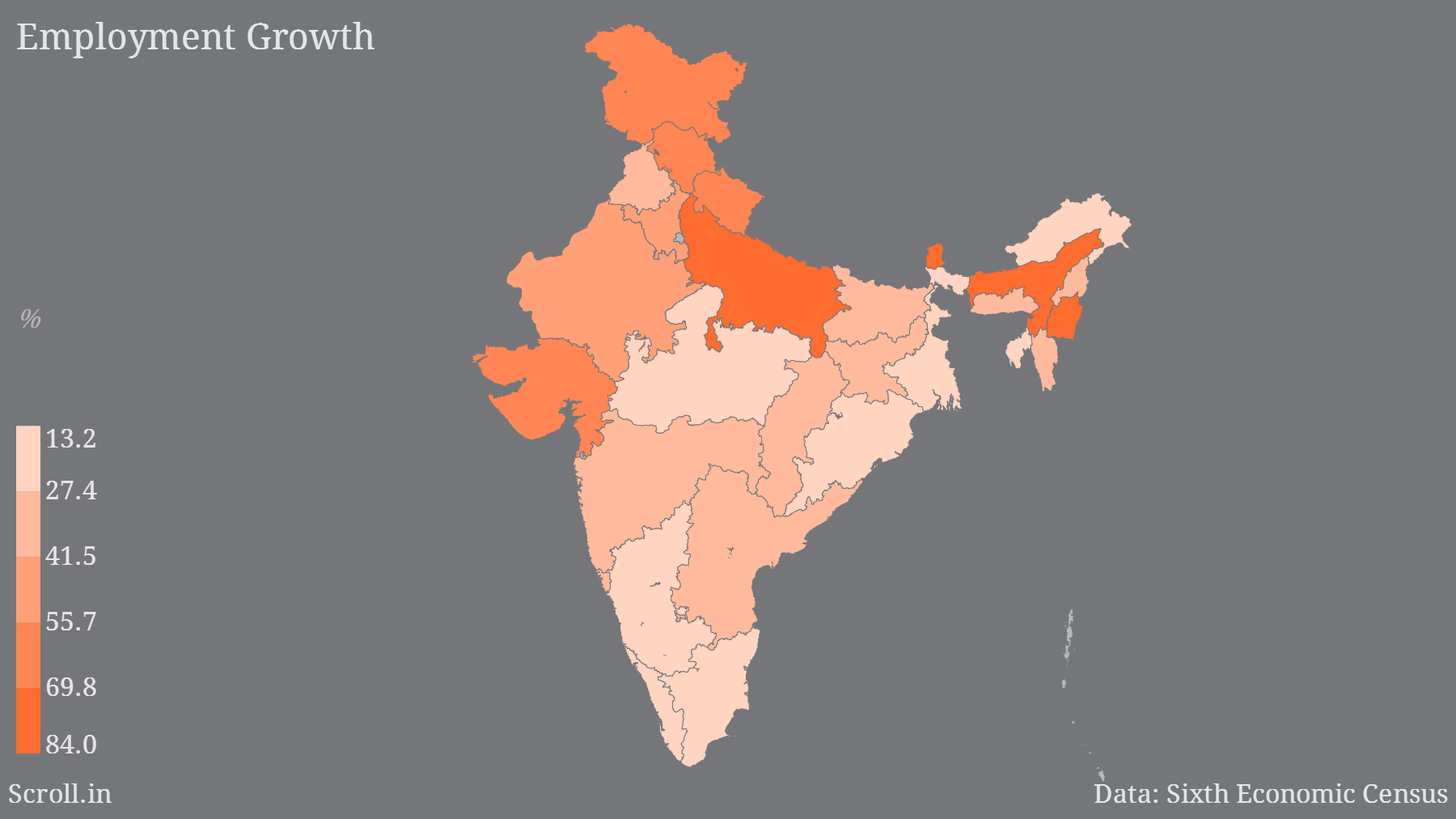 The other top states from an employment growth perspective are all those that started off with much smaller bases: Assam, Sikkim, Manipur and Himachal Pradesh. All of those states are starting from a much smaller number, making it easy for them to ratchet up high growth figures without actually adding that many jobs. Whereas, during the last economic census, Uttar Pradesh was already one of the top 5 states in terms of total jobs. Yet it managed to put together a 75% increase in employment. 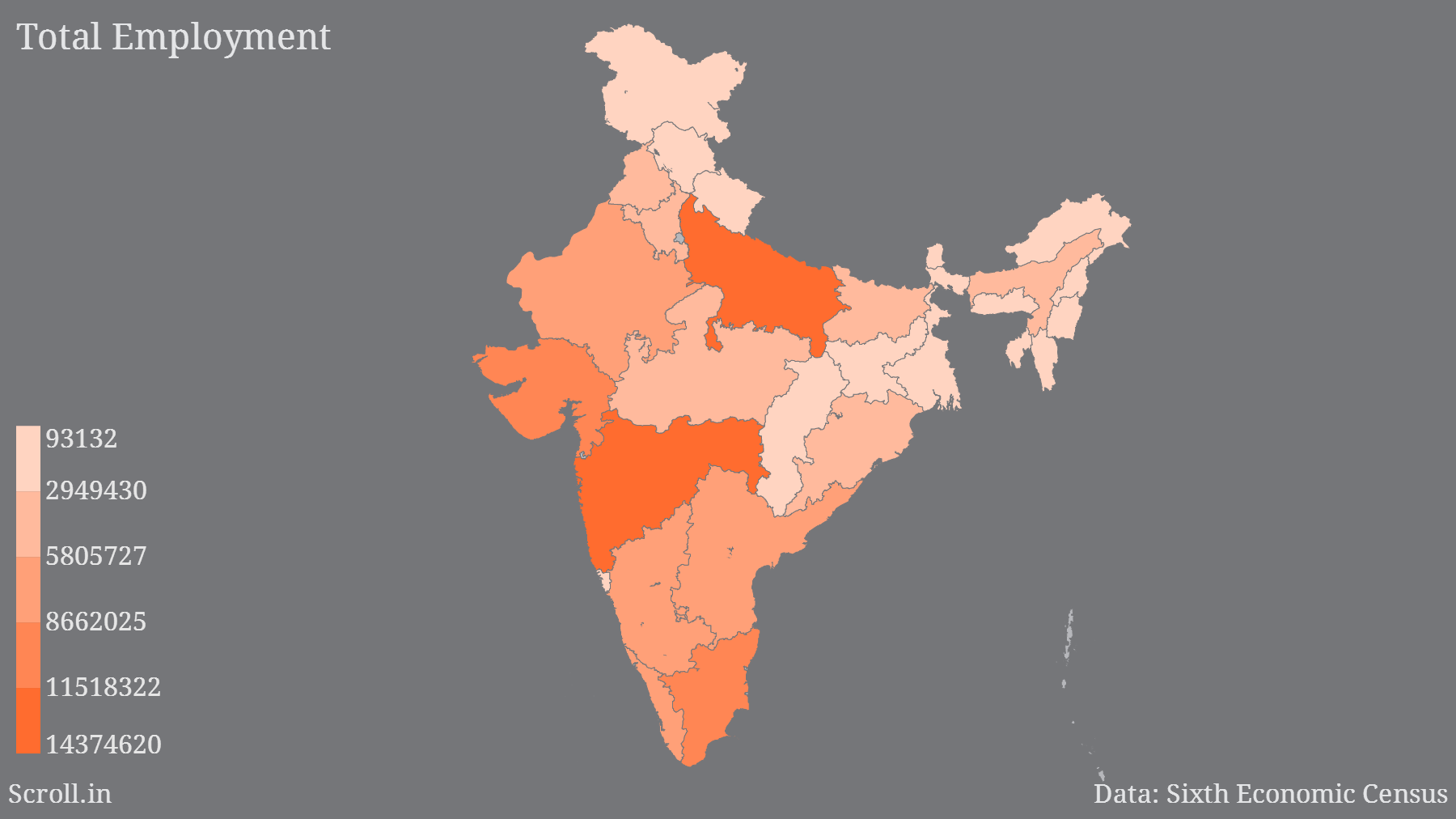 This might be easier understood by comparing the five states that, according to the Economic Census, contribute most to the economy. During the last census in 2005, UP was already in a select club of five states that, when put together, accounted for half of all employment in India.

Of those five, only Gujarat manages to come close to the number recorded by UP in job generation, with 56.47%, still coming in almost 20 percentage points less than Uttar Pradesh. Some of these numbers, no doubt, reflect the massive potential that UP has managed to turn into actual outcomes over the past few years, particularly in terms of industrial growth during the years when Mayawati was the chief minister. The Bahujan Samaj Party chief managed to ensure a consistent 7% growth rate in gross domestic product figures for the state between 2007 and 2011, despite an international economic slowdown.

It has since slowed down, with the arrival of a new government as well as alongside a slowing of the Indian economy as well. But if the Economic Census’s numbers are accurate, there is no reason to suggest that a state that is starting from a large base needs to be a national laggard.

This study settles the Delhi versus Mumbai debate: The Capital’s economy is streets ahead