Contribute Now
Ad
Market research firm Euromonitor has just released a study on the grooming habits of the world. It has one rather surprising finding – Indians are slathering on massive dollops of tanning lotions. Indians are apparently second only to Chinese in consuming what the researcher calls self-tanning products.

It doesn’t add up.

Indians are the highest consumers of whitening creams, the same survey shows, and that is unsurprising. The country’s problematic preference for fair skin is well known. Fairness cream ads featuring big Bollywood stars are ubiquitous. In 2010, AC Nielsen estimated the size of the market for skin whitening products at $432 million.

But there is not a single well-known brand of skin-tanning lotions in the country.

Use of skin whitening and self-tanning products, by country 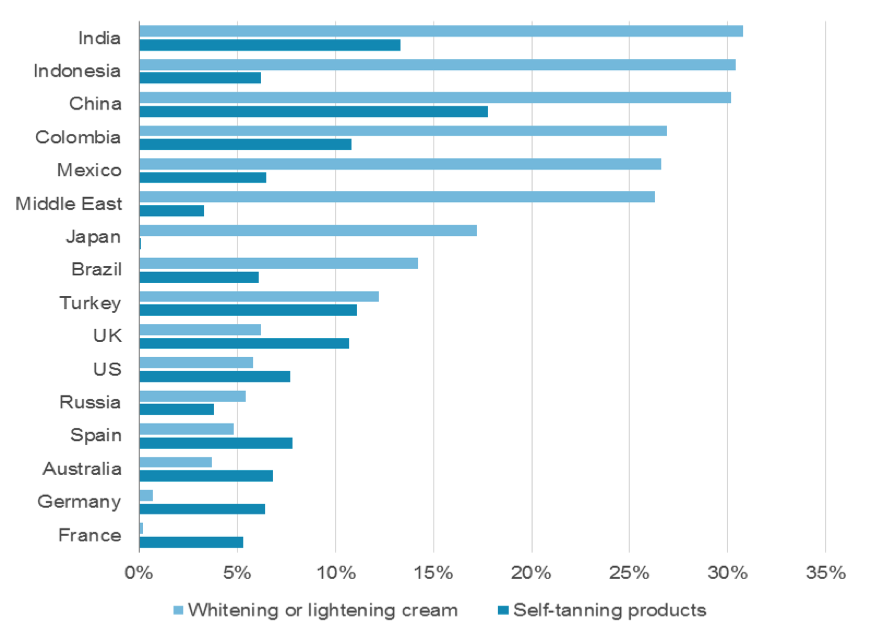 These results appeared in a report on personal appearances by Euromonitor. The survey included responses from 6,600 online consumers in 16 emerging and developed markets. Five hundred respondents were Indians between the ages of 15 and 70.

According to the report, slightly more than one in 10 Indians said they have used self-tanning products in the last three months.

“Supplemental research suggests that self-tanners are not always used to turn pale skin tan,” said Eileen Bevis, survey manager at Euromonitor. “Less pale-skinned users might apply them to improve skin tone – making skin brighter and healthier looking – or to even out skin colour.”

But some industry experts were taken aback by these results. “I am very surprised and I cannot think of a single tanning product in a tropical country like India,” said Ankur Bisen, vice president, retail & consumer products at consultancy Technopak. “We are such a pro-white market.”

The country’s widespread fetish for fair skin was supported by the survey. Indian respondents are the greatest users of lightening creams out of all countries surveyed and majority of users apply those creams daily (55%).

Like the rest of the world, Indians aren’t too satisfied with their physical appearance either. Nearly 16% of respondents in the country said they wished they could change their weight, 10.3% want to fix their teeth, 8.4% desired to change their height.

When it comes to grooming, Indian men spend nearly 30 minutes cleaning and taking care of their appearance – the second highest in the world. Only Mexican men claim to spend more time than their Indian counterparts in front of the mirror.

Nearly 55% of Indian respondents shower at least once a day. Indians are more likely than Americans to brush their teeth twice, but the Chinese are way ahead of both.

Basic grooming habits done more than once each day 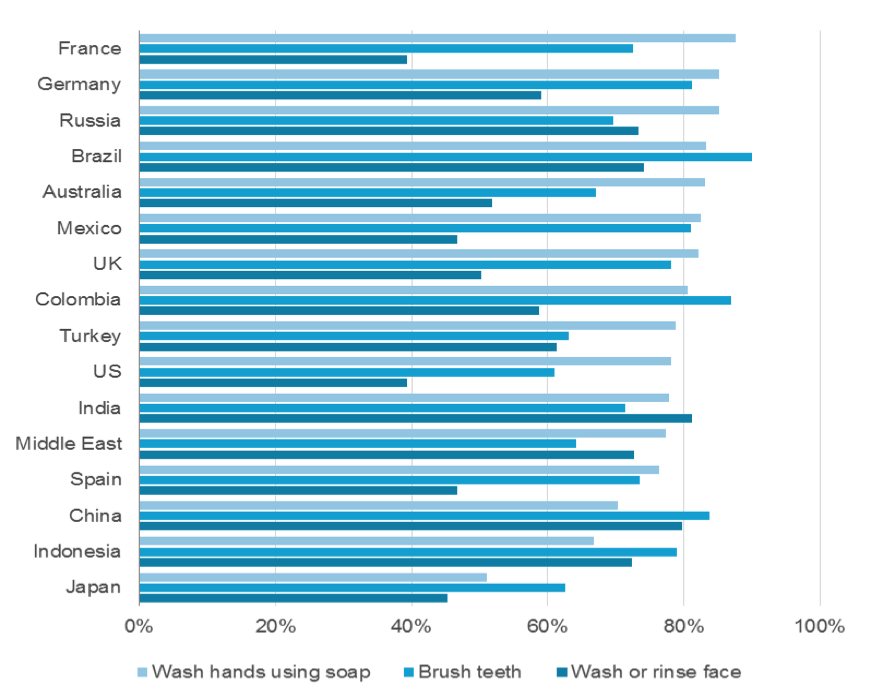 Indians spend little on their beauty products and accessories. Americans give them company in this category and spend even less than Indians on cosmetics. The Chinese are big spenders in this category.

Spending over US$20 on personal care products, by country 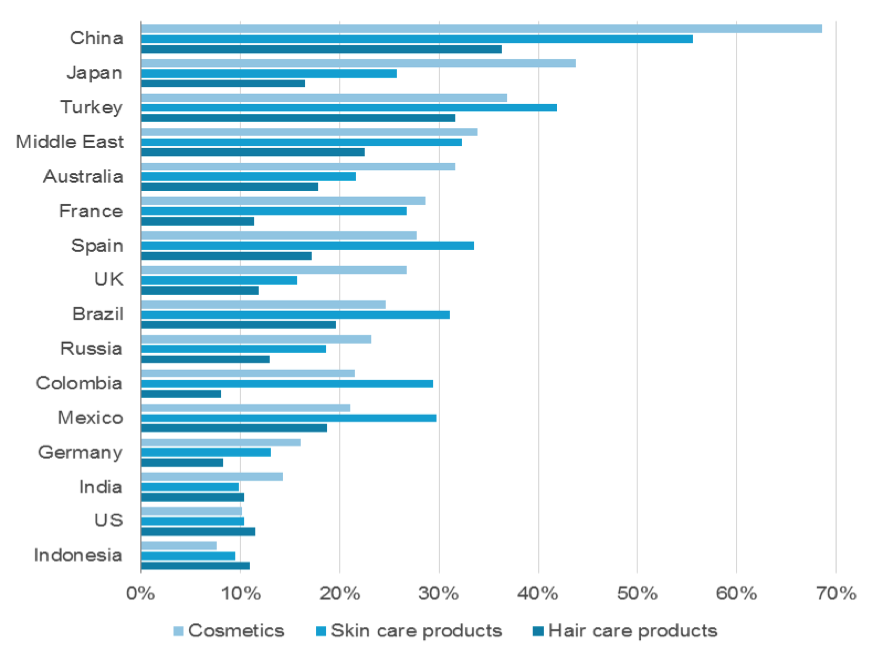 Globally, men use facial cleansers and creams at half the rate of their female counterparts. They are also far less likely than women to use sunscreens, even though male skin is as prone to sun damage as that of women. Even when it comes to deodorant usage, they lag behind women.

Indian men are spending Rs 5,000 crore a year on their looks – but it is not to impress women