Contribute Subscribe
In 1910, as preparations for India’s Delhi Durbar got underway, photographers took what might be India’s first image of a female driver. The Maharaja and Maharani of Bhavnagar had gone for a car ride, but instead of retaining a chauffeur, the Maharani decided to take her husband for a spin.

But even as cars had begun to appear on India’s landscape, the people actually preparing for the Durbar had more conventional ideas about how to get around, as is evident from the photograph of a two-elephant-drawn carriage lumbering across a street.

These images form a part of the collection of the Heritage Transport Museum in Gurgaon, a one-man collection spread across 95,000 square feet of vintage cars and installations.

Tarun Thakral, founder and managing trustee of the museum, has been collecting cars since 1994.

“When I thought about building a museum, I realised that nothing is complete without reference to photographs,” he said. “We have real objects, but we also wanted visitors to correlate to how they were at those times – it shows the entire social element of how people were living in those times.”

He set about visiting auctions and private collections and now has around 2,000 photographs, lithographs, advertisements, news clippings and others, all showing the changing face of Indian transport.

There were few photographers in India at the turn of the 19th century. Among them were Bourne and Shephard, Clifton and Co. and Williamson, all of whom took it upon themselves to document the changing face of transport across India.

Most of his images have been sourced from abroad.

“In India, paper doesn’t last because of weather conditions,” he said. “Only those photos lasted which were mounted on boards.”

In his museum, he has framed these photographs on non-acidic mounts, which he displays in rotation.

India’s first car arrived in Calcutta in 1897. A year later, four more landed in Bombay, one of which was bought by industrialist Jamshetji Tata. Cars become more widely available only by the 1920s, after Ford and General Motors began to sell cheaper vehicles. But even as India has changed immensely since then, a hundred years has not been enough to make these images entirely unfamiliar. A cart on the roads of 1890 might still just as well be seen today.

The following images have been sourced from the Heritage Transport Museum, Gurgaon, and span the course of only three decades, from 1890 to 1920. 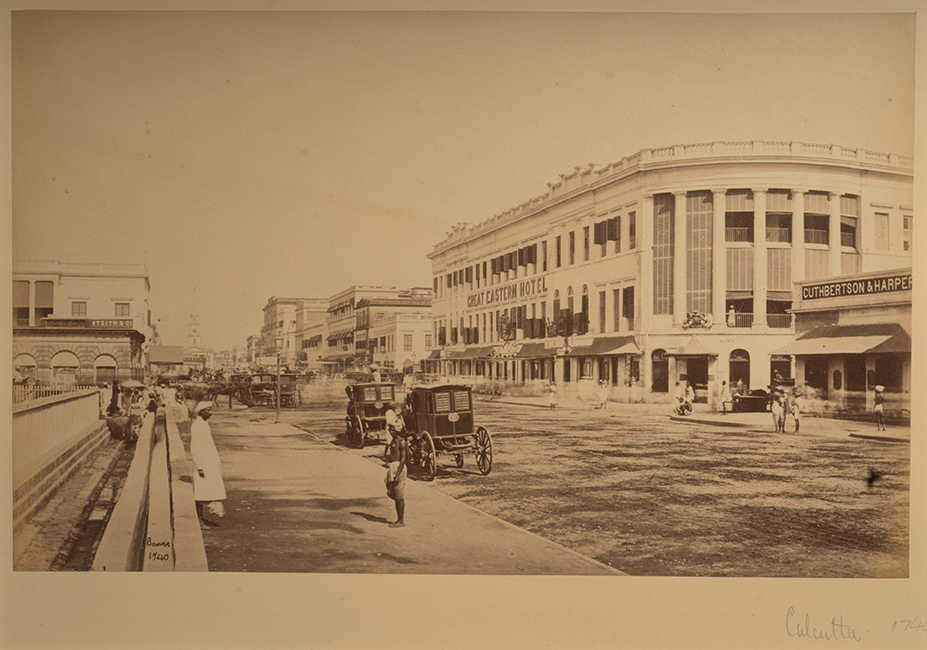 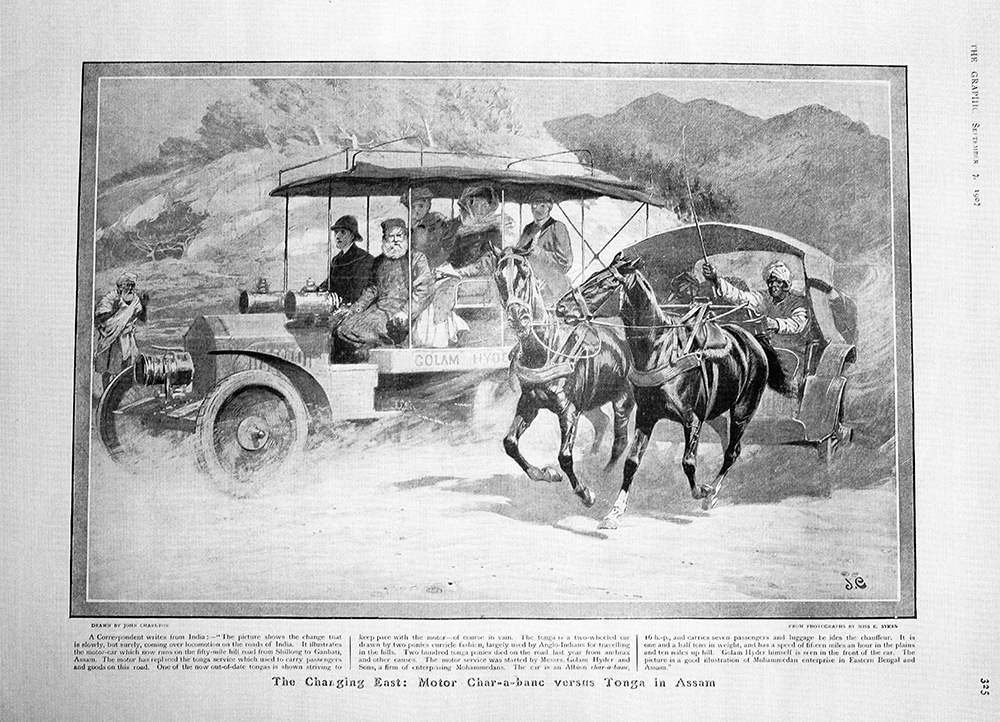 Lithograph of changing transport in Assam (1901). 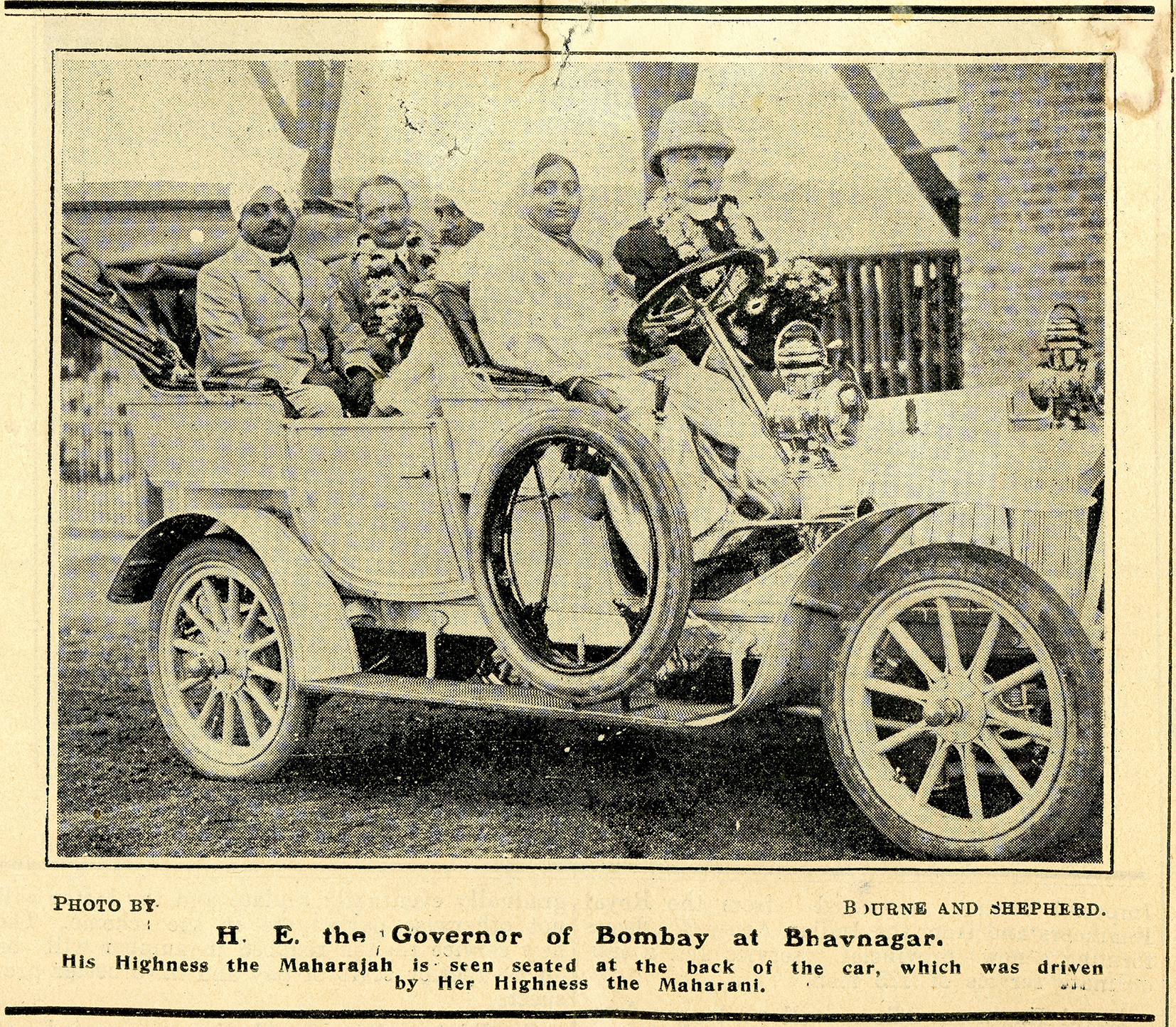 Newspaper photograph of the Maharani of Bhavnagar taking the Maharaja for a drive (1910). 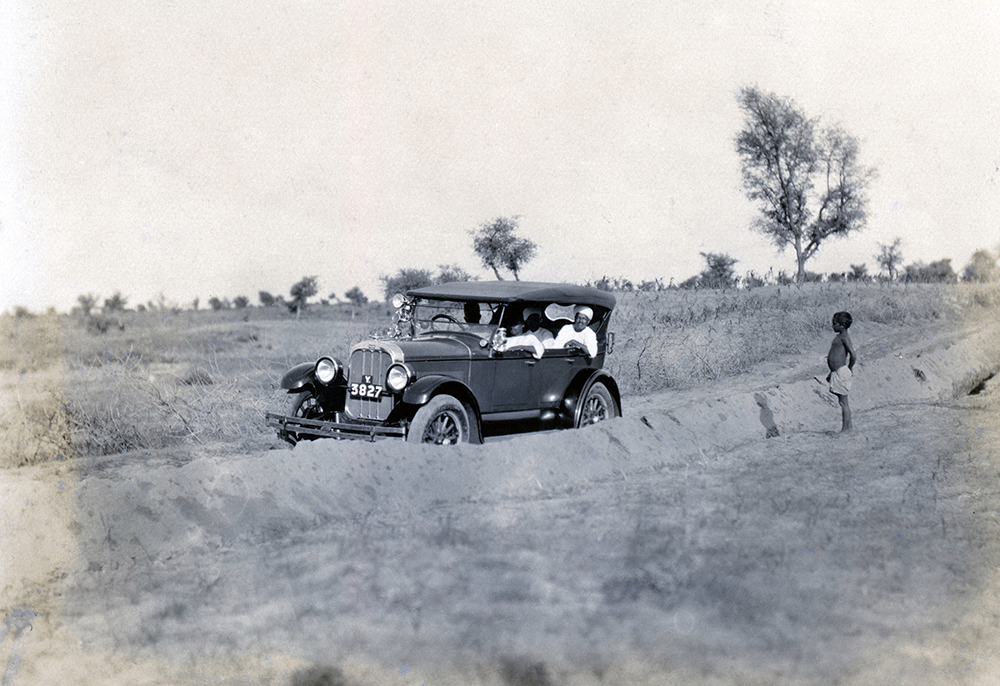 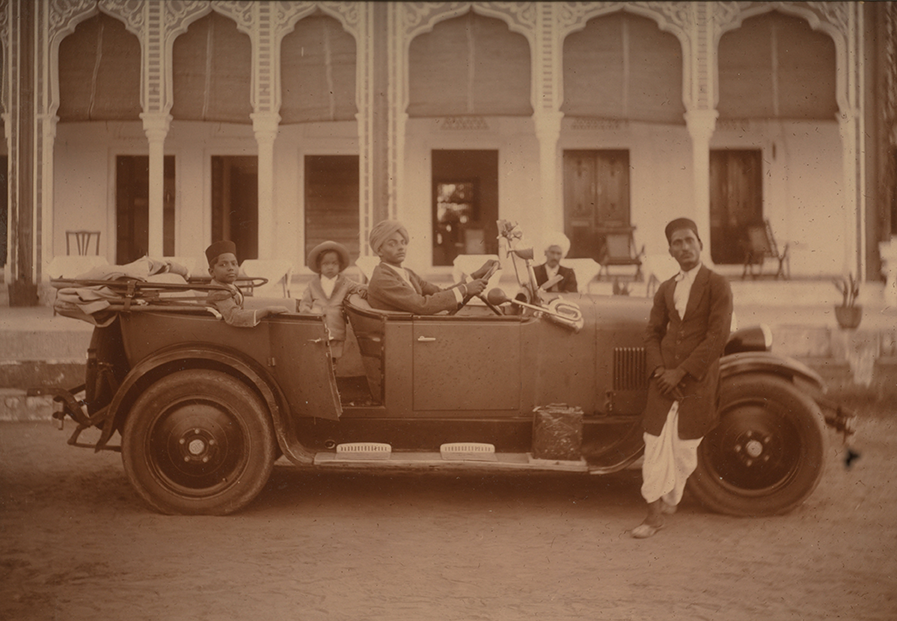 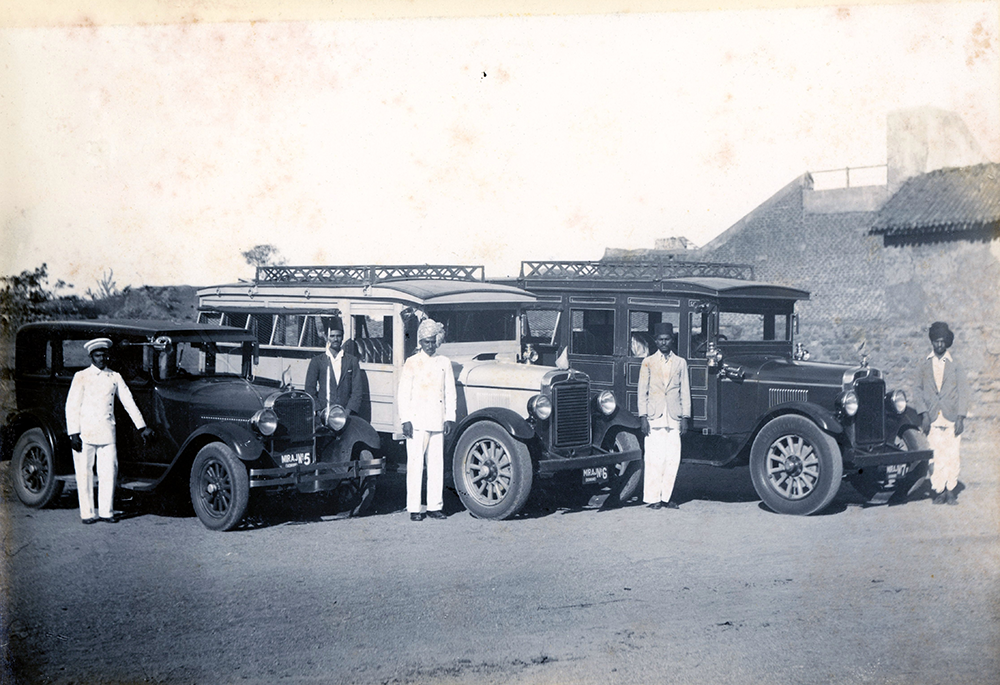 Bombay plague of 1896: The first bio-political crisis to be captured on camera in colonial India