Contribute Now
Ad
Players in cricket's Twenty20 Indian Premier League, which takes place between April and June, earn more per week on average than players playing in football's English Premier League. But Indian football salaries are still far behind, even though the soon-to-be-launched Indian Super League is trying hard to bridge the gap.

The Indian Super League, modelled on the cricket IPL, will start its inaugural season on October 12.

On a weekly basis, players in the Indian Super League will earn more than sportsmen in the I-League, the Indian equivalent of the English Premier League. Super League Players like Subrata Paul and Sayed Rahim Nabi will get Rs 80 lakhs in addition to a 33% fee if they are loaned to other teams. The Super League is putting the emphasis on Indian players and structuring the team around them.

In the I-League, teams are trying to woo the foreign players with salary boosts and housing, some even go as far as giving out Mercedes Benz cars. 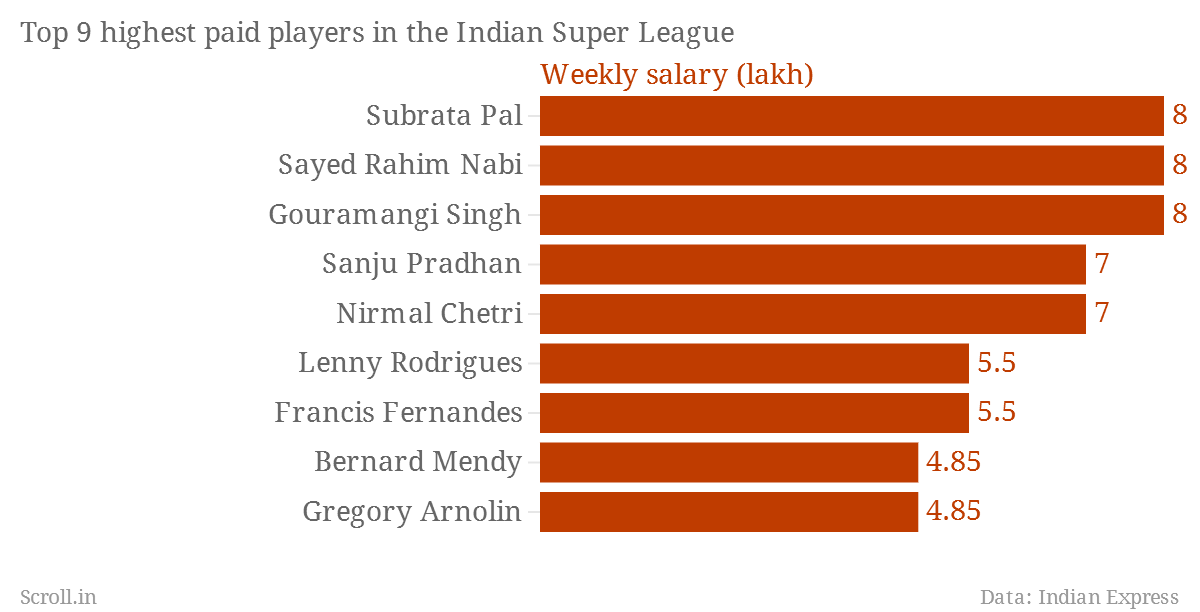 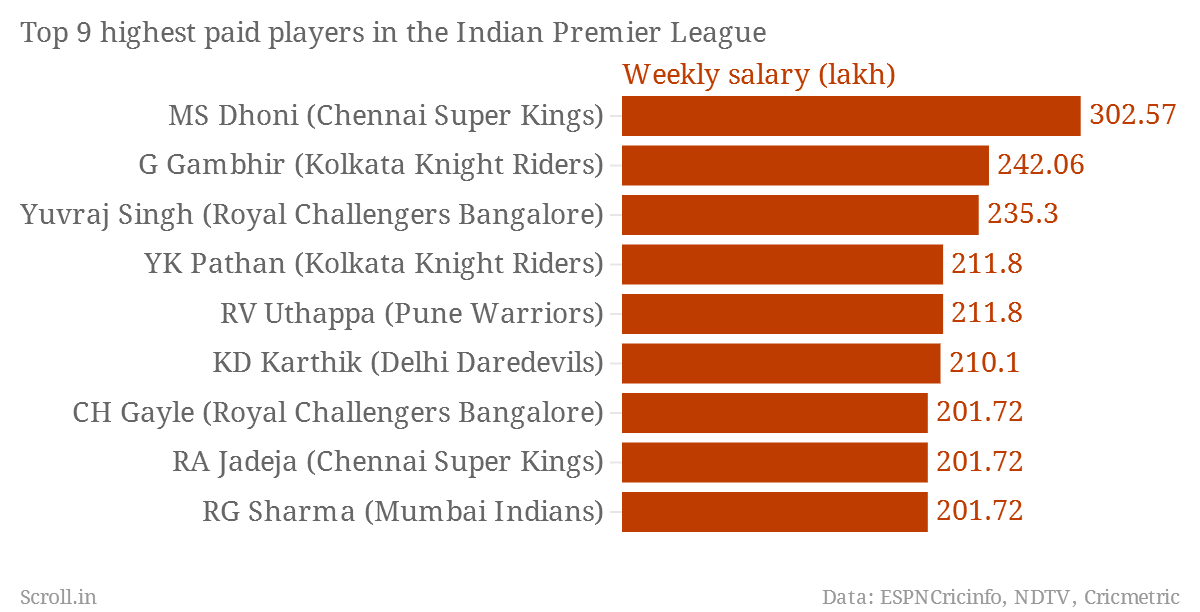 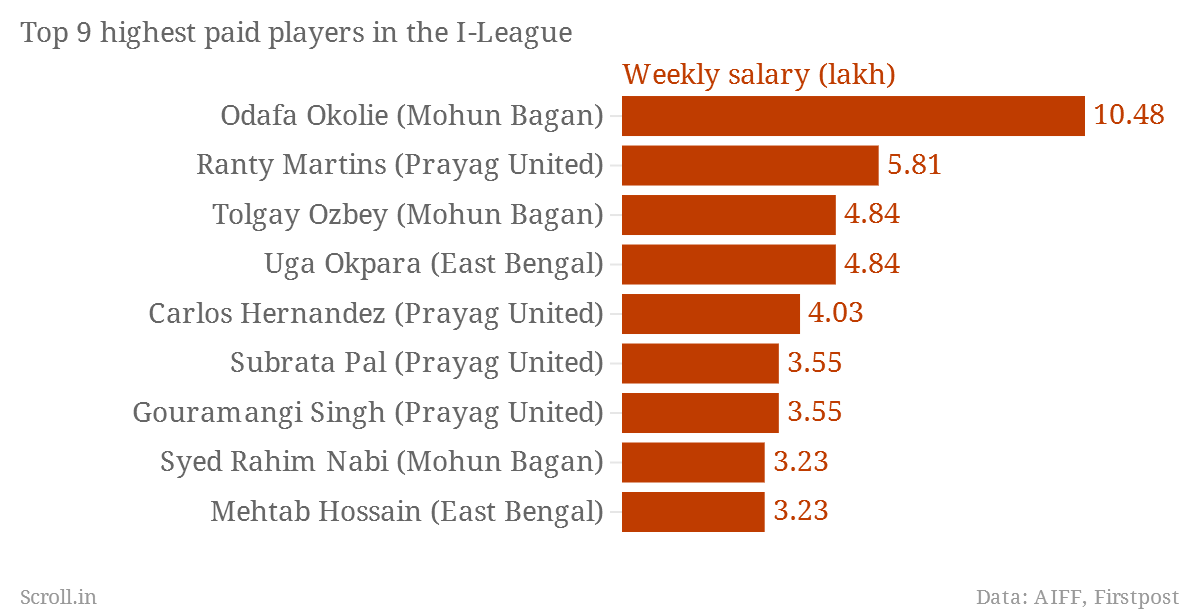 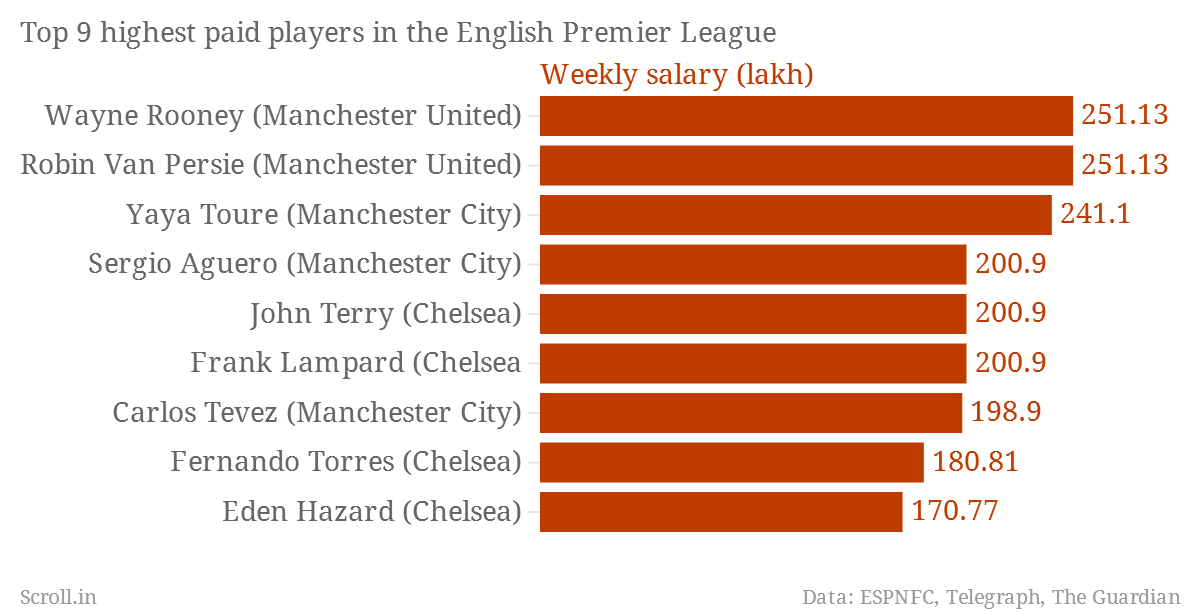 Though Indian football fans are still relatively low, things are looking up. In 2010, the All India Football Federation, India's football governing body, struck a Rs 700-crore 15-year deal with IMG-Reliance to boost the sport in the country. IMG formed a joint venture with Reliance Industries, India's largest company, to develop and own sports, fashion and entertainment properties.

This has resulted in more football matches being televised and attendances at games increasing. With the next edition of the U-17 World Cup being played in India, football's popularity is likely to grow further.