Contribute Now
Ad
Last year, 69.7 lakh foreigners travelled to India – the highest in its history. The number has been rising for a few years now. The only year in which there was a dip (2.2%) was in 2009, most likely caused by the 26/11 terror attacks of November 2008.

August foreign tourist arrivals showed there was a massive jump of 16.9% over the same period last year. Barring unforeseen developments, 2014 will see India’s greatest number of foreign tourists yet. 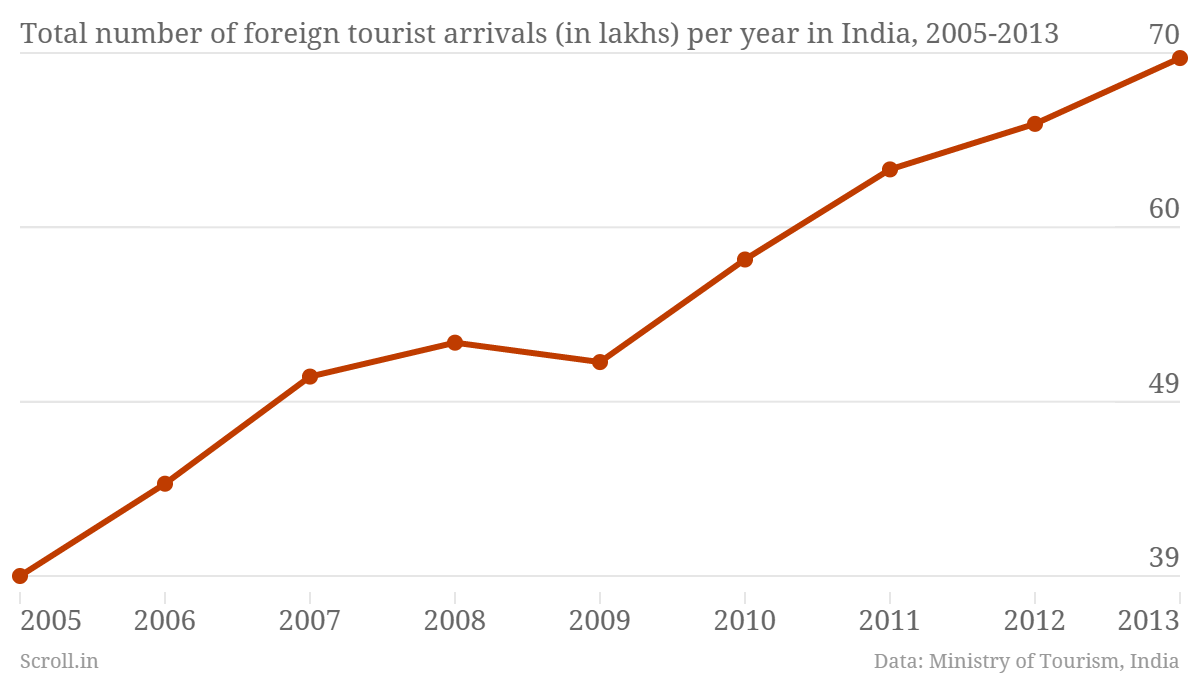 While 2009 certainly saw a decline in the number of tourist arrivals, it is worth noting that there was no decline in 2013 – the year after the gang rape of a young girl in Delhi. In fact, there was a 6% increase in foreign arrivals, despite finance minister Arun Jaitley’s claims. Jaitley made the first public relations gaffe of Narendra Modi’s government when he dismissed that brutal crime as a small incident that should not have affected tourism figures. 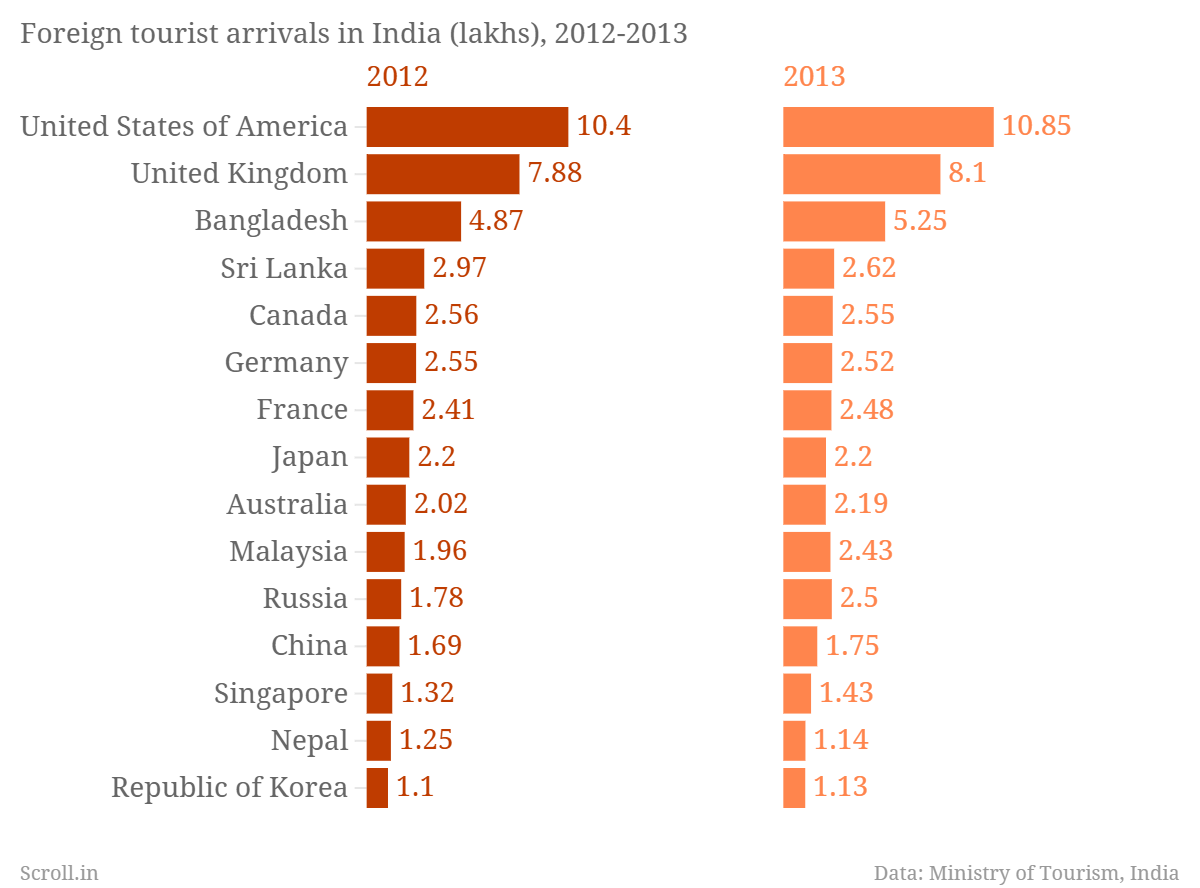 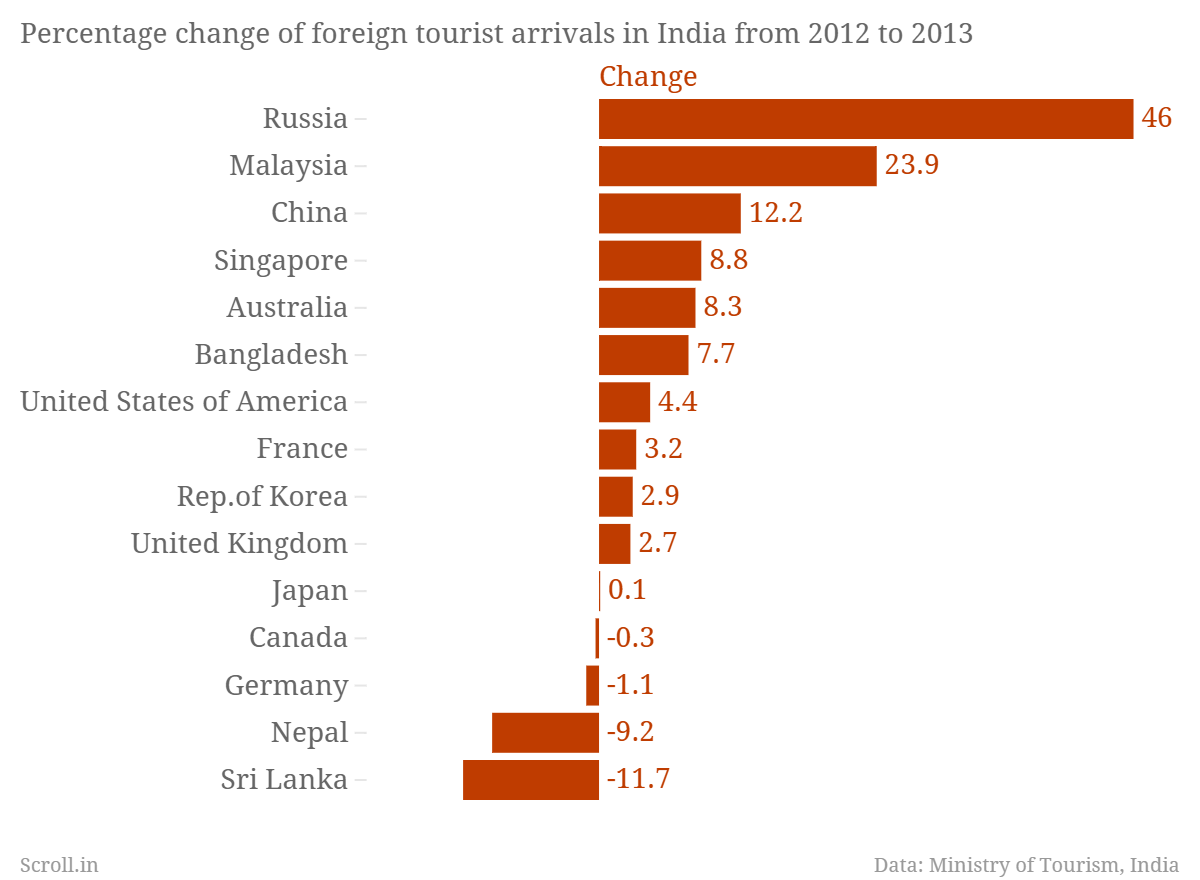 The country-wise comparison between 2012 and 2013 is also interesting.

The number of Pakistani tourists rose to a six-year high in 2013, with an astonishing 86.8% increase, reaching 1.11 lakh tourists.

Malaysian tourists increased by 23.9% and Chinese tourists by 12.2% from 2012 to 2013. Sri Lankan tourists, on the other hand, dipped by 11.7%, one of the key factors being that the Sri Lankan economy stagnated in 2013. Tourists from Nepal, which is facing economic problems of its own, dipped by 9.2%.