The Legend of Fat Mama from Rafeeq Ellias on Vimeo.

Sometime in January or February each year, on the first day of the new moon, India reaffirms its magical diversity as the country’s tiniest minority celebrates Chinese New Year. Nobody knows the precise size of the Indian Chinese population: estimates suggest less than 5,000 of them live in Kolkata and perhaps another 5,000 in the rest of India.

It was, but of course, a very enterprising and hardworking trader who first came to Bengal over 200 years ago; Yang Daijang from Guandong, who, in a moment of unusual generosity from the British received a grant of 650 bighas of land just 30 km from Kolkata,  in return for the gift of a shipload of tea. Yang, called Atchew by the British, began a sugar factory and brought Chinese labour to the port city that came to be known as Achipur.

My own connection with the Chinese is considerably less ancient but does go back several decades. There were Chinese classmates in my school in Bombay, a Chinese newspaper three houses away from mine in Bombay Central, and a Chinese school slightly further away in Agripada, a Chinese temple near Dockyard station, even a small Chinatown (with a lone and somewhat forlorn Chinese restaurant) on Sukhlaji Street behind Alexandra Cinema, that used to light up at Chinese New Year. 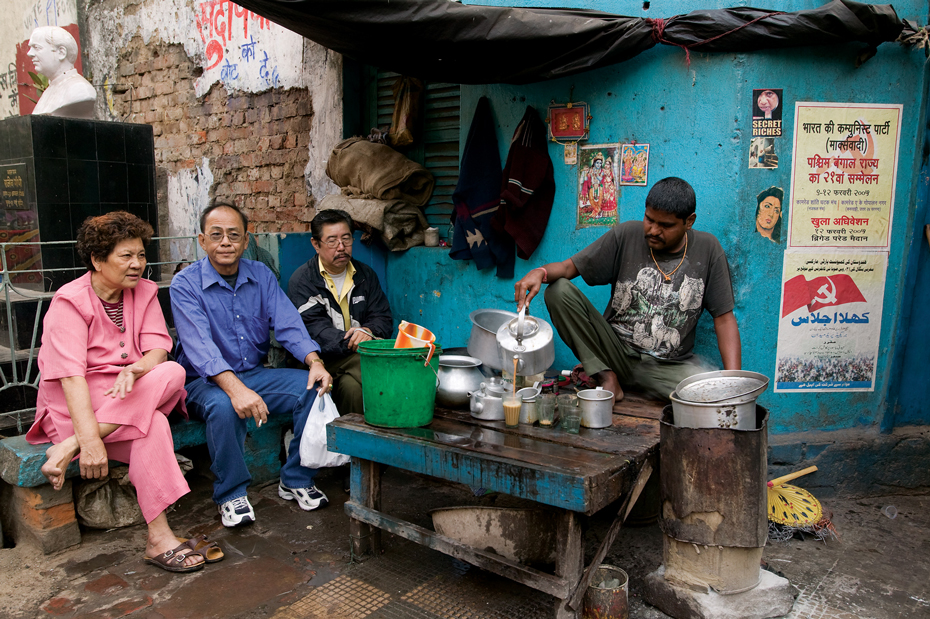 There were Chinese seamen, carpenters and deck hands. Some passing through the city, others on extended stays. And then there were dentists with smiles painted on their doorways, shoe shops in Colaba near the Taj Mahal Hotel, the earliest beauty parlours, even hawkers who peddled silks from China. They were Hakka, Cantonese, Hupei. Many had lived in India for several generations, their ancestors having sailed across from Hong Kong to Calcutta and Bombay, from one British colony to another. Some even had Indian passports.

That was all very long ago; the Indo-China war changed everything one morning in 1962. My classmates stopped coming to school, the Chinese school and the newspaper were closed with policemen posted outside. The occasional Chinese hawker on the bicycle was beaten up by angry crowds. Bombay’s Chinatown never celebrated New year again. 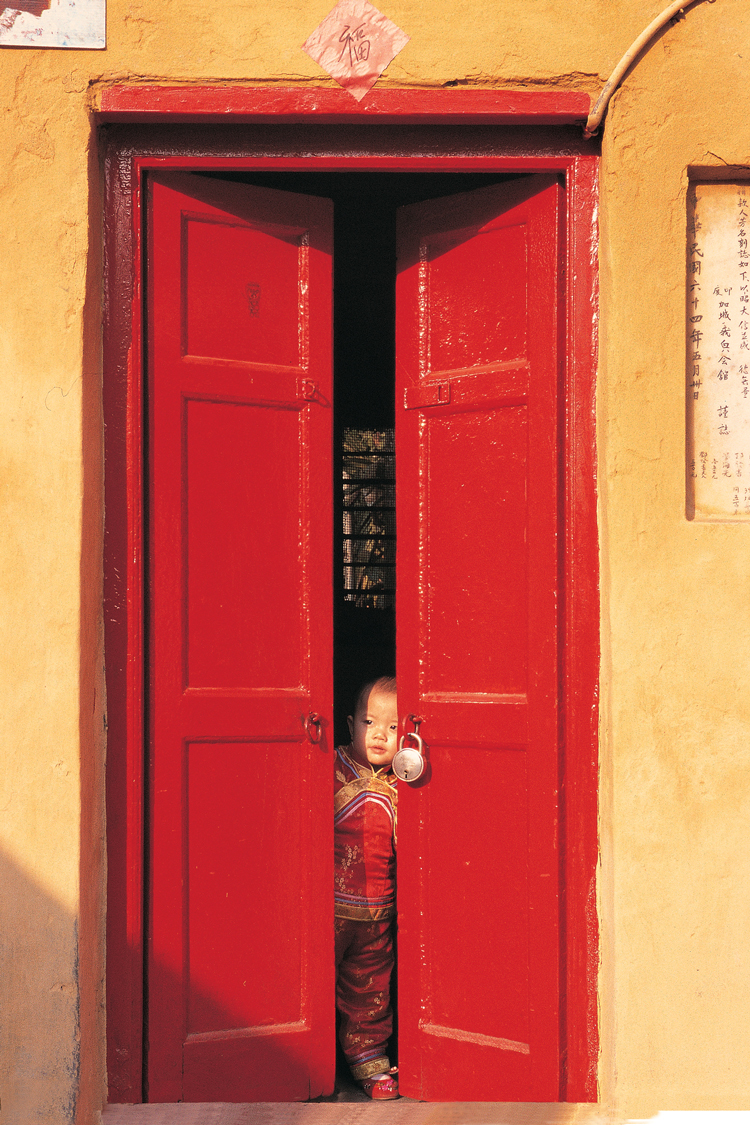 I knew too little then. But years later my love affair with a Bengali girl led me to Kolkata and to breakfast on Sunday mornings in its shrinking Chinatown. Two actually: one in the heart of the city, around Sun Yat Sen Street near Bow Bazaar and Bentinck Street, not far from the Esplanade; the other in Tangra where the leather tanneries once were and have now given way to glitzy Chinese restaurants. Over the years, I took many thousand stills, met many families. The barriers slowly melted away.

I realised that the war in 1962 was a defining moment for the Chinese in India, almost like Partition has been for the people of the sub-continent. In its aftermath, many Chinese were picked up by the police in various Indian cities and especially in the border towns of Assam, Meghalaya, Arunachal. They were interned in camps in Deoli, Rajasthan; their property confiscated and auctioned. Others were deported by sea or simply pushed over the borders. The rest awaited the dreaded midnight knock. All very reminiscent of the experience of the American Japanese on America’s West Coast after Pearl Harbour.

A wave of migration began, principally to Canada, but also to Australia, Europe, Taiwan and Southeast Asia. But the ties remain. They form their own communities there with their own “Indian Chinese Associations”, run “Indian Chinese” restaurants, enjoy annual picnics together, celebrate weddings and birthdays with Bollywood songs and tandoori chicken. And yes, they tend to marry within the “Indian Chinese” community. Sharing the multiple identities of being Indian, Bengali perhaps, and Chinese of course, even as they find themselves twice displaced. 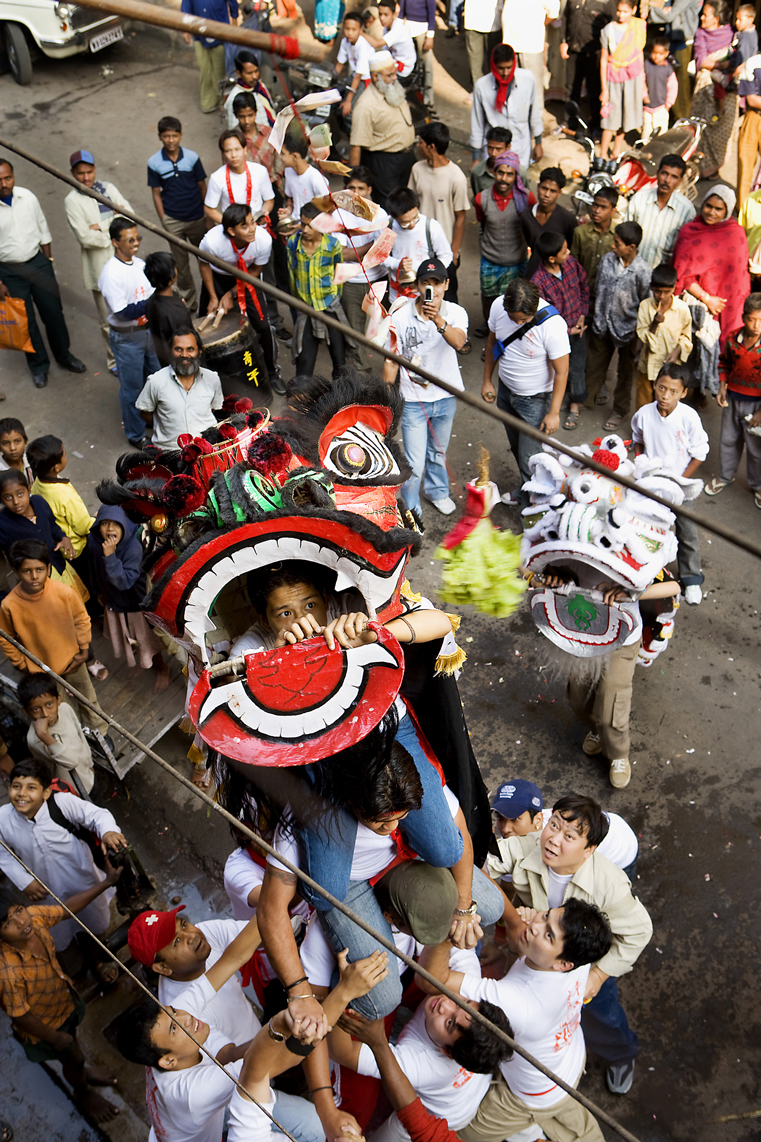 That story prompted my documentary The Legend of Fat Mama for BBC World, a journey of nostalgia in search of a woman who once made the most amazing noodles in Kolkata’s Chinatown. The film, broadcast in over 200 countries in 2006, generated a groundswell of interest in the community and its history. It triggered serious academic interest (two students, one in Montreal and the other in London, both began a study of the diaspora for their PhDs); two major symposia on the subject; a website of the Indian Chinese; and at least three more documentary films being independently produced.

About time we reflect on our treatment of one of India’s tiniest minorities, acknowledge the excesses committed in the aftermath of the 1962 war and redeem ourselves as a humane, compassionate democracy that believes in pluralism.

Excerpted with permission from Chinatown Kolkata by Rafeeq Ellias, published by Gallerie.

‘A regime contemptuous of checks and balances’: Rajdeep Sardesai on the first year of Modi 2.0