Contribute Now
Ad
Prime Minister Narendra Modi has just launched his big "Make in India" campaign, with the aim of turning the country into a global hub of manufacturing. The scheme, a global public relations pitch combined with a promise to improve cooperation within government departments, hopes foreign investors will see India in a different light. As usual with Modi, it has its list of pithy phrases (“Red Tape to Red Carpet”) with the hope that some of these might turn into actual action on the ground.

Make in India is Modi’s way of scaling up the famous Vibrant Gujarat summits he organised when he was the state's chief minister. Those annual conventions used to feature top business executives coming together to meet the main policymakers in Gujarat and sign investment agreements. Thursday’s event in New Delhi featured 500 top Chief Executive Officers, as well as heads of up to 25 different departments. The hope will be that, just as with Vibrant Gujarat, Make in India will end up with solid commitments for money to be sent India’s way.

But how much of it will actually turn into real investment?

The Economic Freedom of the States of India 2013 report, put together by the Cato Institute and Indicus Analytic, included a measure of an implementation rate of Industrial Entrepreneurs Memorandum.

“An IEM denotes an intention to invest in an industry. However, when there are serious bureaucratic or other delays, the rate of implementation is low,” the report, authored by Swaminathan Aiyar, Bibek Debroy and Laveesh Bhandari, says. “We measure the ratio of sums actually invested to the total proposed through IEMs.” 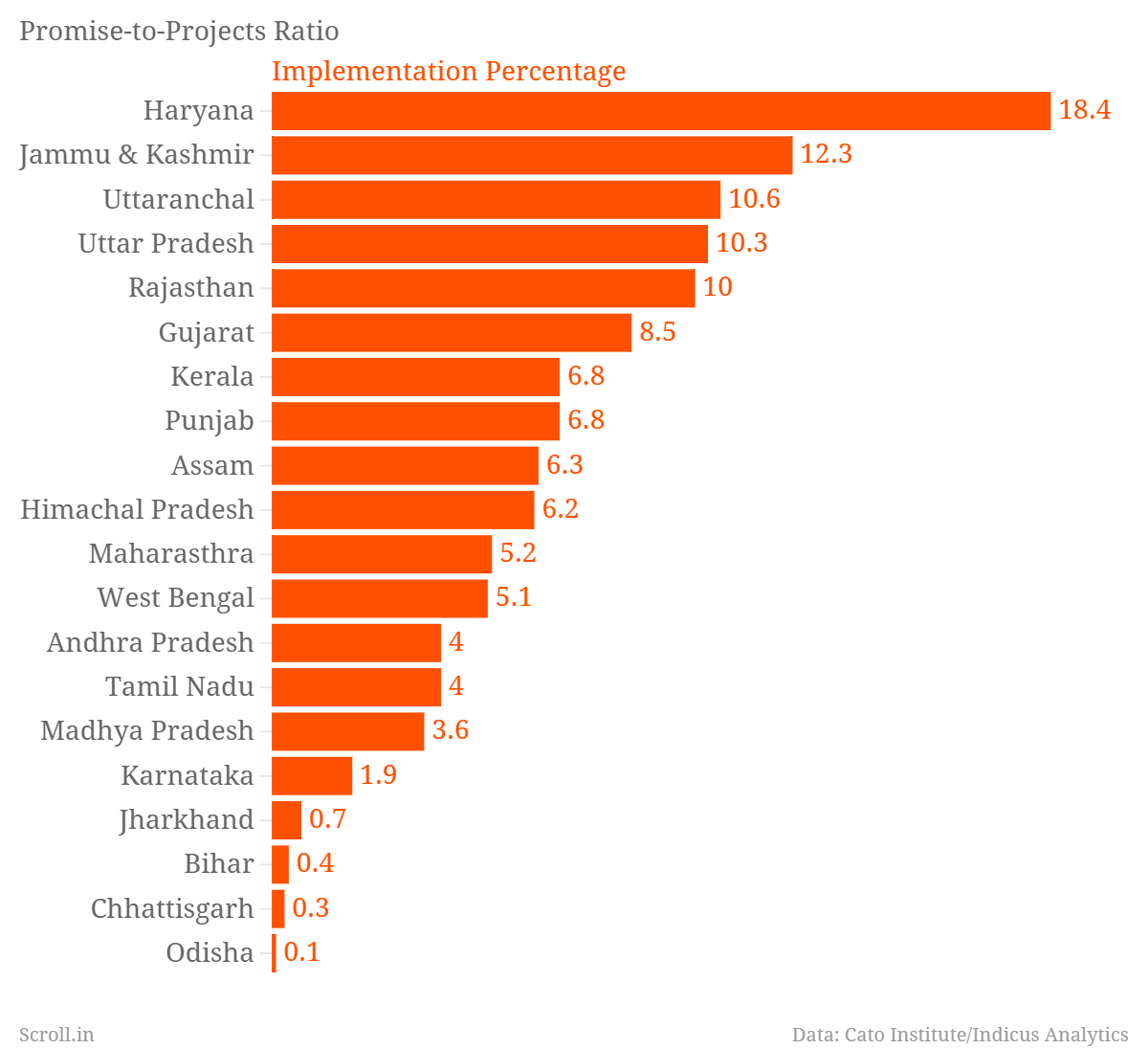 Based on the report’s estimate, the Indian average for what is basically a promise-to-projects metric comes out to about 6%. That is, in the states evaluated in 2010-'11, only 6% of all the amount promised actually turned into investment.

Surprisingly, it’s not Modi’s Gujarat, or the industrial southern states that see the most amount of industrial promises turning into actual implemented investment. Instead it’s Haryana, followed by Jammu and Kashmir. Gujarat comes in lower than Uttar Pradesh and Rajasthan at 8.5%, while Bihar Chhattisgarh and Odisha bring up the rear with under 0.5% of promised projects turning into real ones. 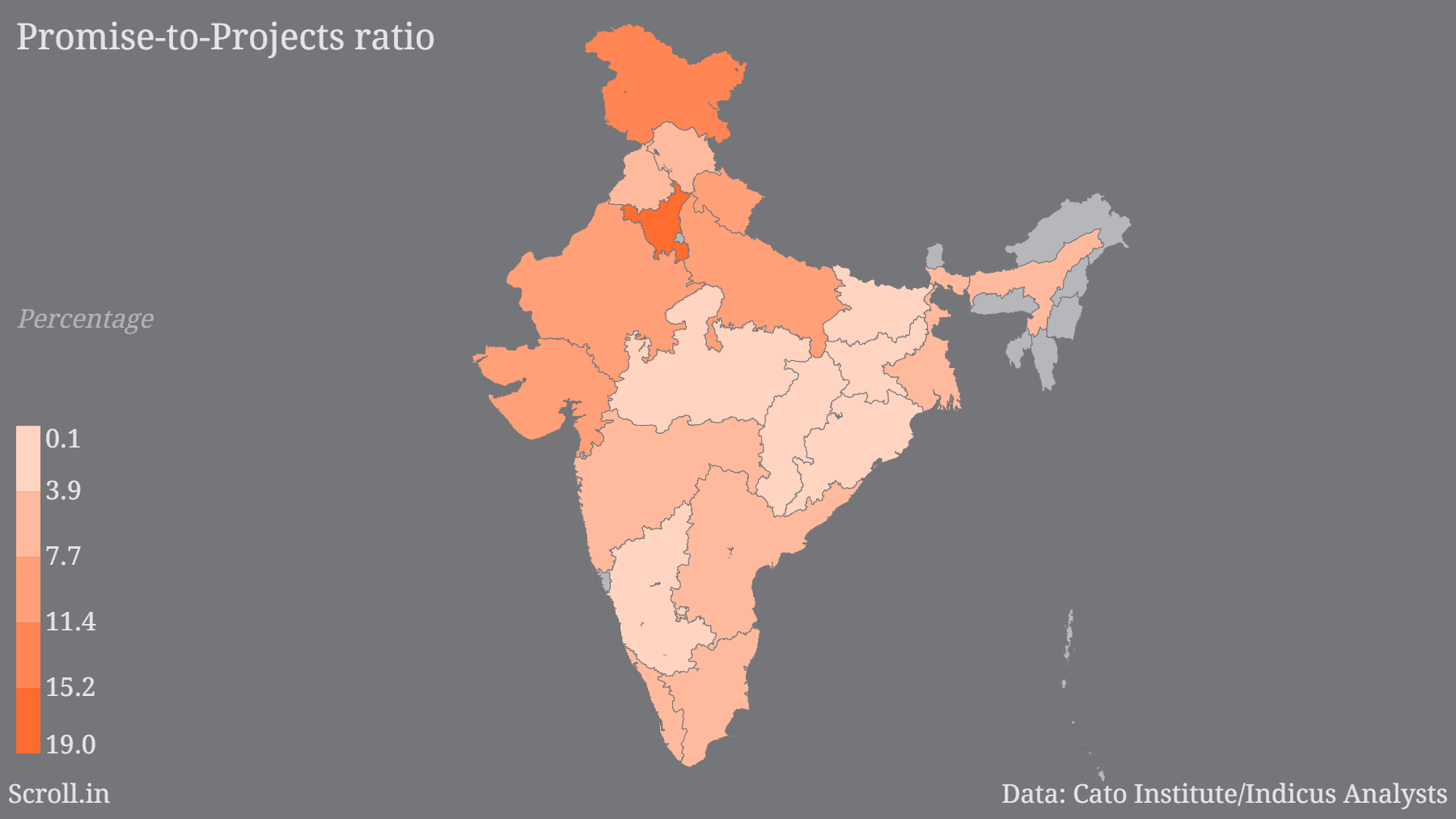 The report sees a higher metric as suggesting that the states have fewer bureaucratic hurdles and, as a result, more economic freedom. It’s explanation for why some states might have bad numbers on this metric, though, is something the prime minister needs to keep in mind as he makes his Make in India pitch.

“In many cases investors are known to simply sign IEMs to keep Chief Ministers in good humour, without any serious investment intent,” the report says.