Contribute Now
Ad
Today, at the magnificent Lotus Temple in Delhi, author William Dalrymple will give a lecture on India’s long history of sheltering persecuted minorities. The event is the Indian Bahai community’s way of expressing its gratitude to a group of Indian soldiers who rescued a revered spiritual leader from Ottoman captivity in September 1918, in the last major cavalry campaign in military history.

"Few people in India or outside are aware little-known connection between the bravery of the Indian fighters and the early history of the Baha'i faith, that it was the Indian soldiers who released the spiritual leader of the Bahai religion from the clutches of death under the Ottomon empire,” said Major Chandrakant Singh, General Secretary of Indian War Veterans Association, which is along organising the commemorative event along with the Bahai community.

Following the Allied victory in the Battle of Haifa in September 1918 and the rescue of the spiritual leader Abdul Baha, “the ties between India and the Bahai community also strengthened when a large number of this minority fleeing persecution in their homelands found refuge in India and made it their home”, added Major Singh. 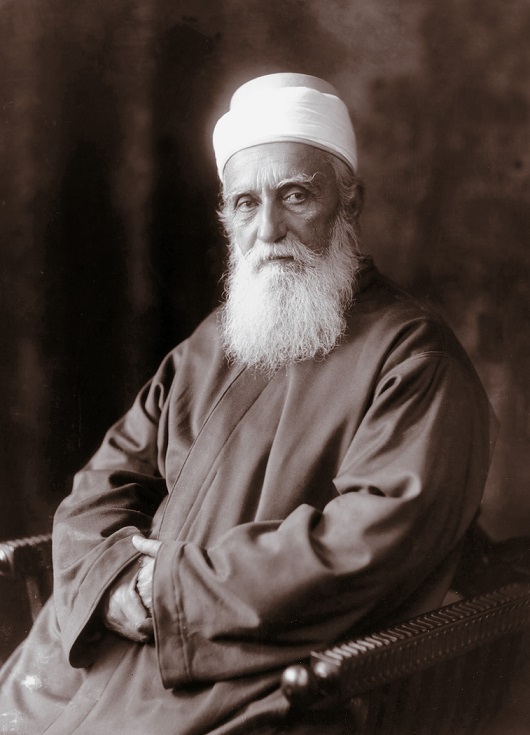 Bravery on the hoof

Mounted rather anachronistically on horses, men of the Jodhpur and the Mysore Lancers charged to victory against the Ottomon Turks on September 23, 1918, despite their arsenal of modern machine guns and artillery. Two months after the Battle of Haifa was won, the war came to an end.

As the two Indian cavalry brigades fighting under British General Edmund Allenby helped liberate Haifa from the Turkish-German forces, the British authorities heaved a sigh of relief. In a cable, General Allenby wrote, “Have today taken Palestine. Notify the world that Abdu’l Baha is safe.”

The spiritual leader of Bahai religion, a faith that began to emerge in the Ottomon empire in the 19th century, lived in Haifa, in present-day Israel. Alarmed by the growing popularity of Abdu'l Baha and his humanitarian and religious activities, the Turkish commander-in-chief threatened to crucify Abdu’l Baha on Mount Carmel in Haifa and destroy all the shrines of the Bahai faith as soon as the Ottomans won the war.

When the news of the death threat spread amongst the British community in Egypt and elsewhere in Europe, Major Tudor-Pole, an intelligence officer with the British army in Palestine and a follower of Abdu’l Baha, persuaded the military authorities to rescue the leader.

Haifa, with its rail network and harbour, was strategic supply base. The Allies framed a plan to capture it, along with Nazareth and Damascus in present-day Israel and Syria. On September 23, 1918, the 15th (Imperial Service) Cavalry Brigade comprising lancers from the regiments of princely states of Jodhpur and Mysore commenced their assault on Haifa. The uphill assault on Mount Carmel by the Jodhpur Lancers took the German and Turkish forces by surprise. A squadron of the Mysore Lancers attacked from the south of the mountain.

One of the commanders of the force, Colonel Takur Dalpat Singh, was killed at the start of the battle. His deputy, Bahadur Aman Singh Jodha, took control. The regiment captured two machine guns and secured the position, opening up an access route to Haifa. The town was also captured on the same day, as were with 1,352 prisoners. The victory came at a price. The Teen Murti memorial built in Delhi in 1922 is a tribute to the bravery of the brigade’s soldiers.

"No more remarkable cavalry action of its scale was fought in the whole course of the campaign,” noted the Official History of the War. “Machine gun bullets over and over again failed to stop the galloping horses even though many of them succumbed afterwards to their injuries."

Following the victory, outriders from the Mysore Lancers were immediately dispatched to guard Abdu’l Baha’s house. In 1920, he was given a knighthood in 1920, for his humanitarian efforts during the war.

India is now the largest home of the Bahai community in the world, with over two million population. The Bahai religion was founded by Baha’u’llah (1817-1892). ''India has been associated with the Bahai Faith right from its inception in 1844, as one of the 18 people who recognised and accepted the Bab, the forerunner of Baha'u'llah, was from India,'' said Amy Kems, a public officer at the Baha'i Office of Public Affairs.

Today’s Haifa day event will focus attention on the numerous minority communities that flourish in India, including the Parsis, Zorostarian-Iranis, Jews, Ismailsi, Bohras, Christians, and, of course, the Bahais. Said Major Chandrakant, “The contribution by the minorities in India has been far in excess of what their numbers would warrant.”

The event, which will also mark the centenary of World War I, will also be attended by descendants of men of the Jodhpur and Mysore Lancers who participated in that hard-fought battle. 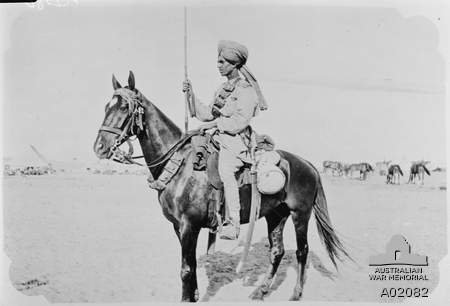