Become a Member
Ad
India faces the prospect of being buried under its own construction and demolition waste. The country generated 50 million tonnes of debris in 2013, according to a recent study by the Centre of Science and Environment. In the last eight years, 287 million tonnes of construction debris has been flushed into rivers across the country, causing untold damage to riverine ecosystems.

Despite a National Green Tribunal order last week to various central agencies and state police authorities of Delhi and Uttar Pradesh to control the dumping of construction debris, dumping this waste into forest areas, rivers and drains leading to rivers, continues.

“Not only is this destroying the water supply, but contractors who dump C&D waste on river beds and elsewhere cause soil erosion, which leads to environmental degradation,” said Anumita Roychowdhury, executive director of the Centre of Science and Environment. “In addition, this C&D waste doesn’t dissolve in the water and results in raising the water level of rivers, which can lead to floods.”

One of the reasons several attempts to clean rivers like the Ganga and Yamuna have not been successful is because the dumping of construction waste has drastically increased over the years, according to an official at the Central Pollution Control Board. 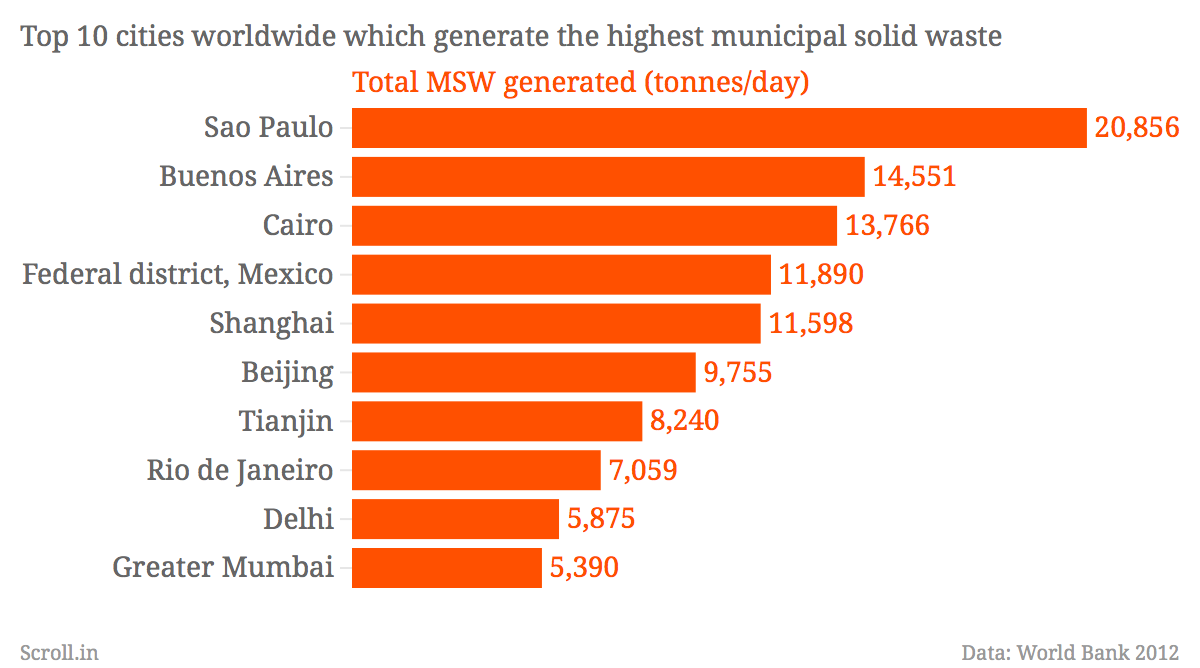 According to a study by the World Bank in 2012, Delhi generates 5,875 tonnes  of municipal solid waste per day and and Mumbai 5,390 tonnes. The two metros are among the world's top 10 cities in terms of construction debris.

The data also revealed that other metros like Chennai, Hyderabad and Bangalore also generate high amounts of construction waste. 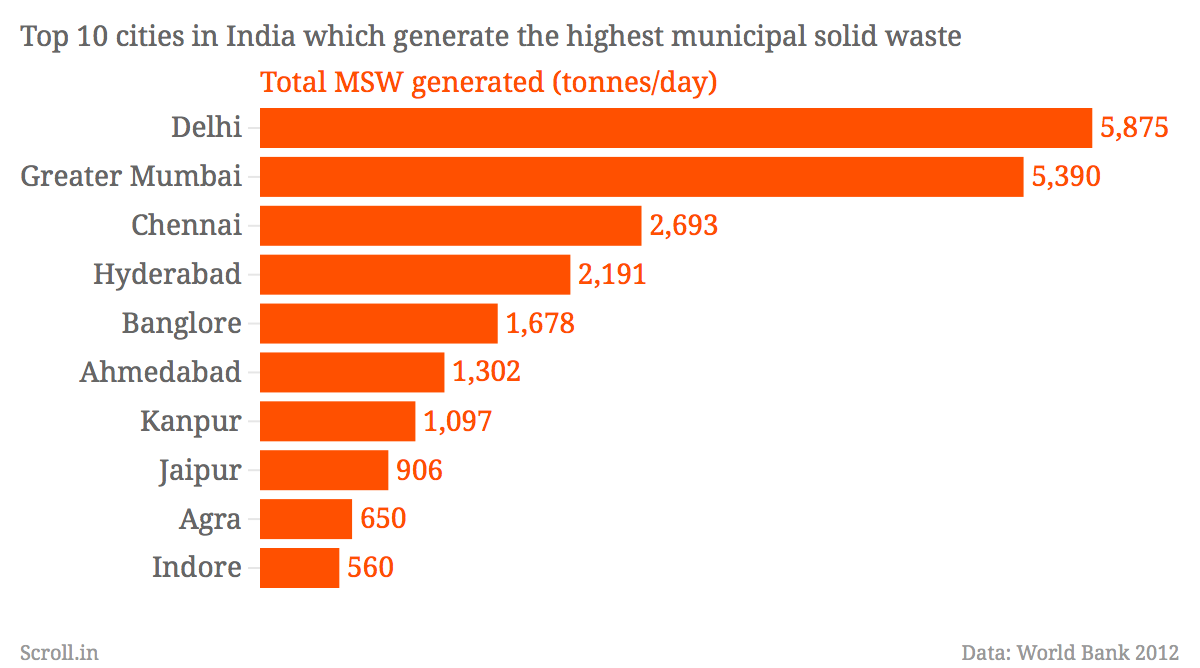 “Just the C&D waste generated from new construction is over 250 million tonnes,” said Roychowdhury. “We have not even considered the debris left over from renovations of existing structures, repair or roads and dams. It’ll be over 550 million tonnes, which makes the C&D waste higher than all other forms of solid waste put together.”

A number of few environment-friendly and cost-efficient recycled building materials, components and construction techniques have already been developed. “These products have been tested and found suitable for use, but products manufactured by recycling plants are finding no takers because recyclable construction materials are not permissible for use according to the Bureau of Indian Standards,” Roychowdhury said.

As per the Bureau of Indian Standards, concrete can be made only with naturally accessed aggregates. Concrete-producing agencies cite this law to avoid recycling construction debris. The Ministry of Urban Development’s Municipal Solid Waste Management Rules, 2000, fail to give requisite attention to construction and demolition waste.

It also said that the Municipal Solid Waste Management Rules of 2000 should be amended and recyclable construction materials be included and certified for use.

However, the new draft of the Municipal Solid Waste Management Rules, 2013, has no mention of construction debris management or the recommendations of the committee.

An official of Bureau of Indian Standards claimed that the bureau permits the use of recyclable construction materials under IS: 456-2000. He did admit, however, that the product had to go through a number of testing units at the bureau for approval of use, which is probably why concrete manufacturing agencies chose to avoid getting into recycled products.

The first steps have been taken to remedy the situation have already been taken in both Delhi and Mumbai.

In 2009, Infrastructure Leasing and Financial Services built a concrete recycling plant at Burari, in partnership with the Municipal Corporation of Delhi. It collects 500 tonnes of construction waste per day from three designated zones of Delhi. The construction waste is recycled into Ready Mix Concrete. The products have been tested in various laboratories, including the Bureau of Indian Standards, according to the Centre of Science and Environment report.

A somewhat similar project in Navi Mumbai, operational between 2002 and 2006, was forced to shut as it failed to get both policy and market support.