Become a Member
Ad
"On or before September 12, 1934", Mohandas Karamchand Gandhi, whose 145th birth anniversary is being celebrated today, wrote a prayer that he enclosed in a letter to  one of his British followers, F. Mary Barr. It was eventually put up on the wall of the Hyderabad Welfare Centre. Several years later, the prayer was translated into Gujarati and Hindi, and inscribed along with the English version on a plaque at Sabarmati Ashram in Ahmedabad. 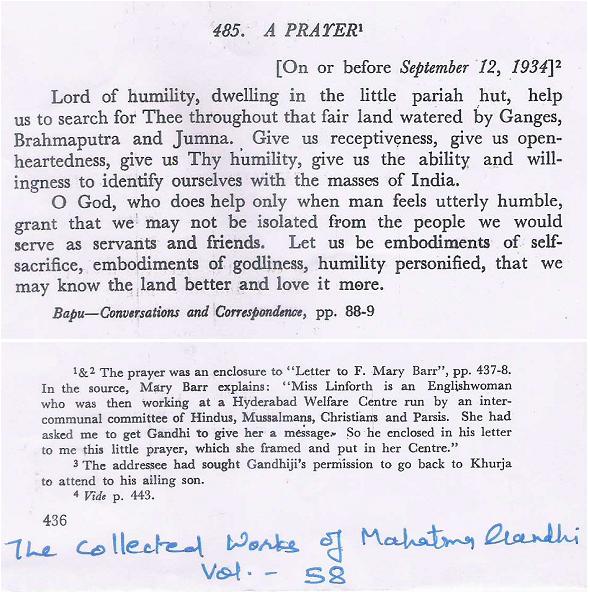 But few people know that in 1969, the film musician Vasant Desai cut a disc of this poem, sung by Manna Dey and Chorus. Gandhiji is credited as the lyricist. 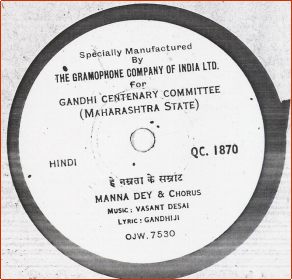 The records were pressed by the Maharashtra state government as part of the Gandhi Centenary celebrations in 1968. Vasantrao Desai was closely associated with the state's cultural and music department, and was asked to take up the project. Today, copies can still be found in flea markets across the country, including in Mumbai's Chor Bazaar.