Contribute Now
Ad
Ebola has hit the town of Foya in northern Liberia hard. In mid-August, when Doctors Without Borders first set up an Ebola case management centre in the town, the facility was overwhelmed. Close to 120 patients were admitted in that first week alone and the facility ran out of beds. When Dr Kalyani Gomathinayagam reached Foya at the end of August, the case management centre still had 50 to 60 patients.

Gomathinayagam, who lives in Madurai and works for the humanitarian organisation known by its French initials MSF (Medecins Sans Frontieres), has just finished a six-week rotation treating patients with Ebola in Foya. Foya is a small town close to Guinea where the first cases of Ebola were reported and people from the town have a lot of trade across the border. The town has a secondary-level hospital that works well in the normal course of events. But when Ebola hit, the hospital lost five of its staff.

Gomathinayagam has worked in medical disaster zones like Haiti, Chad, Ivory Coast and the Democratic Republic of Congo. She has worked in earthquake aftermaths and war zones and yet, treating Ebola has been probably been the most challenging.

The first challenge, she told Scroll, is tackling the high fatality ratio and facing the fact that healthcare workers are the most vulnerable potential patients. The second is the many barriers to treating the disease. “Apart from the language and other barriers, there is this physical barrier of wearing a PPE [personal protective equipment], trying to evaluate a patient when you cannot actually do a thorough physical examination and not utilise all the lab investigations,” said Gomathinayagam.

The third challenge is that doctors are unable to establish a rapport with their patients or monitor them round-the-clock, a practice that could be most helpful to patients who are sick and might be in shock.

Gomathinayagam has also seen medical outreach teams try to negotiate with communities that are too scared to send Ebola-infected people to the treatment centre. “In other diseases the family can be close to the patients when they are dying but in Ebola it is very tricky to have the family by the bedside," she said. "For most of the community outside, when they see a patient going to the facility, that think that they may or may not see them again." Patients cured of Ebola find it hard to get treatment for other medical conditions because doctors fear they might still be infectious. 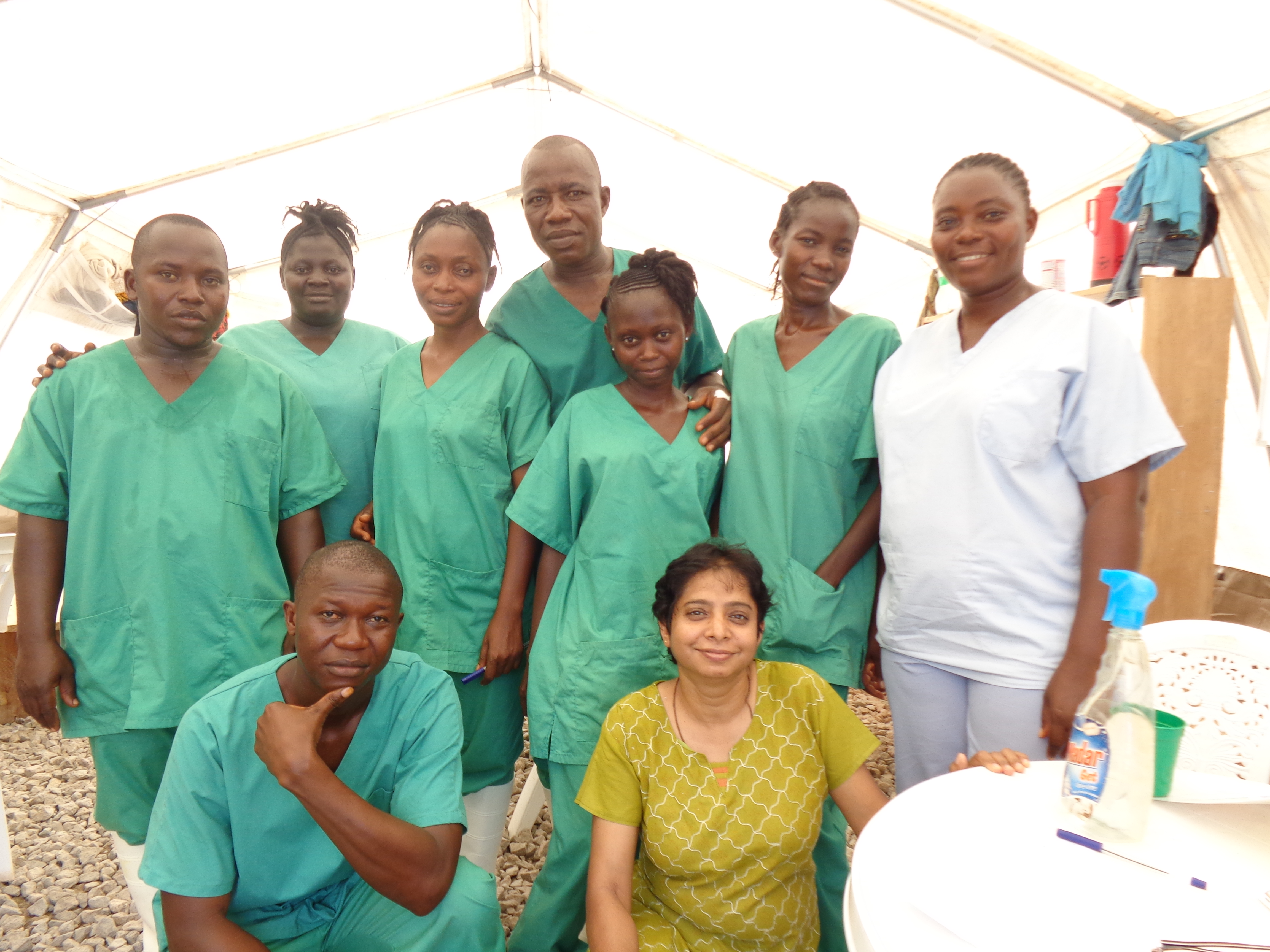 Even though the World Health Organisation recently announced that Liberia had lower admission rates and burials due to Ebola, MSF has warned that this data might be misleading. MSF argues that the lack of ambulance services and the mandatory cremation of bodies among largely Christian and some Muslim communities in the country could be dissuading people from bringing the sick to hospital.

The number of Ebola cases globally has reached an alarming 13,703 this week, according to the WHO. The largest burden of the disease has been borne by the three West African countries of Guinea, Liberia and Sierra Leone. The Centres for Disease Control and Prevention in the US estimate that 4,910 people have died of Ebola from these three countries. 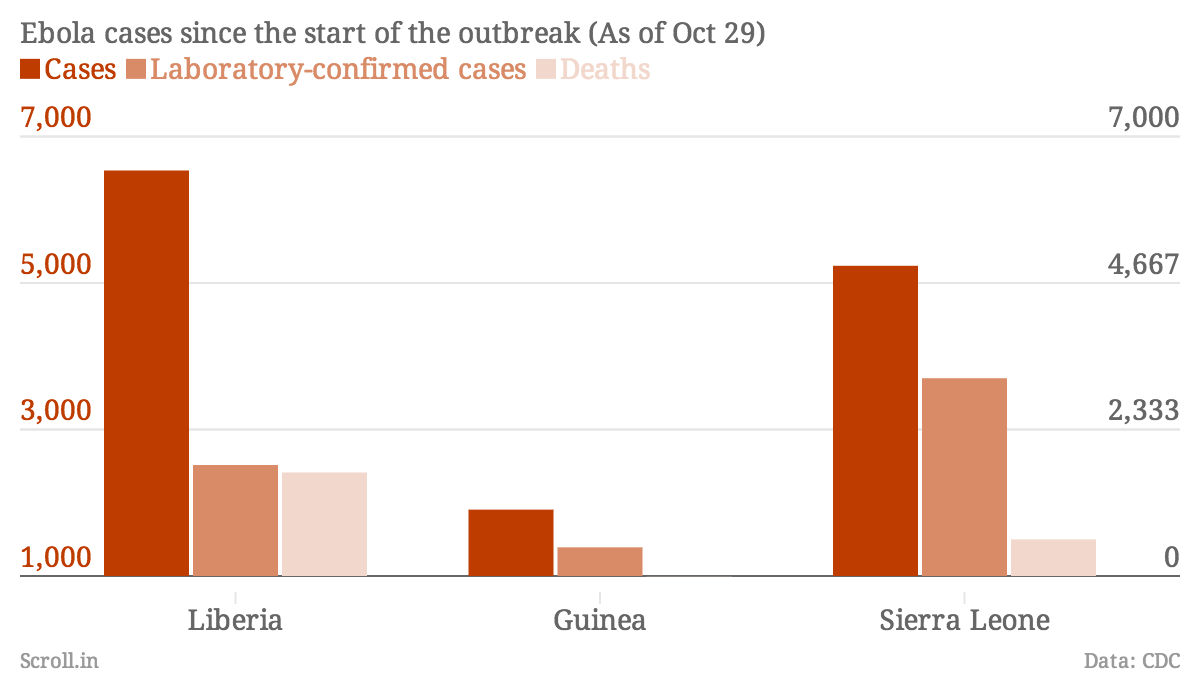 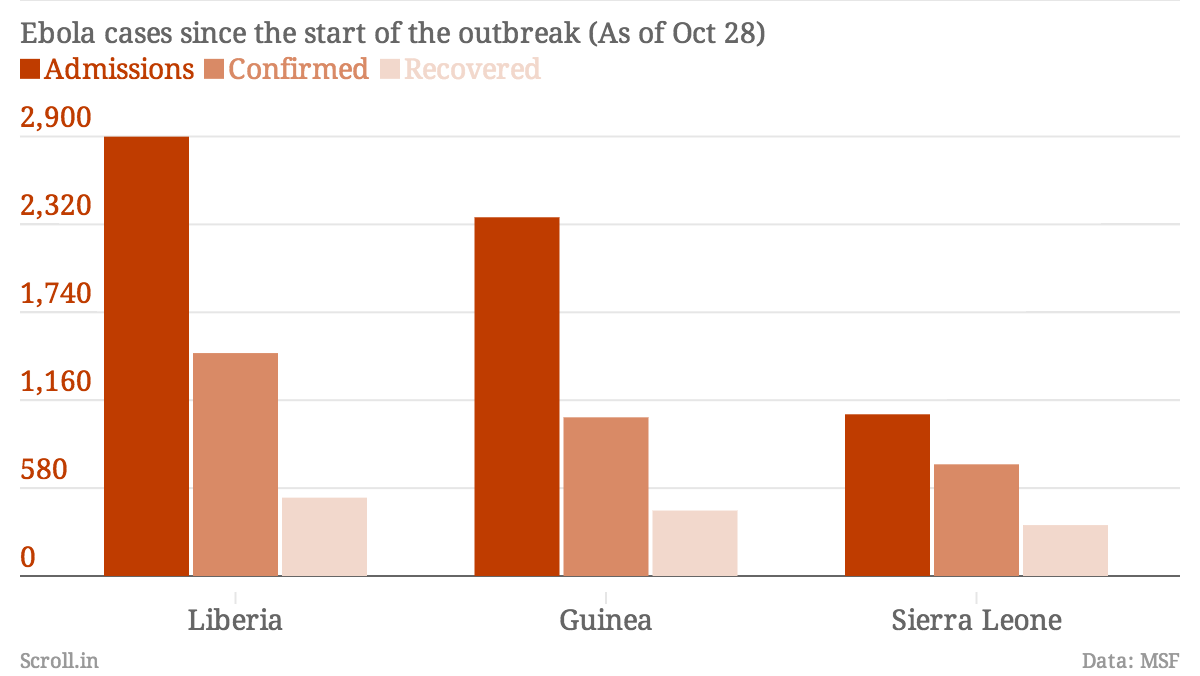 A day at work

Like the rest of the case management team, Gomathinayagam’s day would start early. The medical team, cocooned in their spacesuit-like PPEs, would begin their first rounds at the high-risk unit housing the infectious patients at 7 am. They would try to finish by 11.30 am, before the hottest part of the day. September in Liberia is the rainy season. Temperatures soar to 43 degrees Celsius during the day and the humidity adds a couple of degrees of discomfort.

“We had different teams going inside the unit because we cannot stay inside the unit for more than an hour,” Gomathinayagam said. “In the PPE you can stay for one or maximum two hours. After that you are completely soaked in your sweat and your glasses become foggy, so you cannot work anymore.” A medical staffer was liable to sweat two or three litres when wearing the protective gear and would emerge from the unit dehydrated. 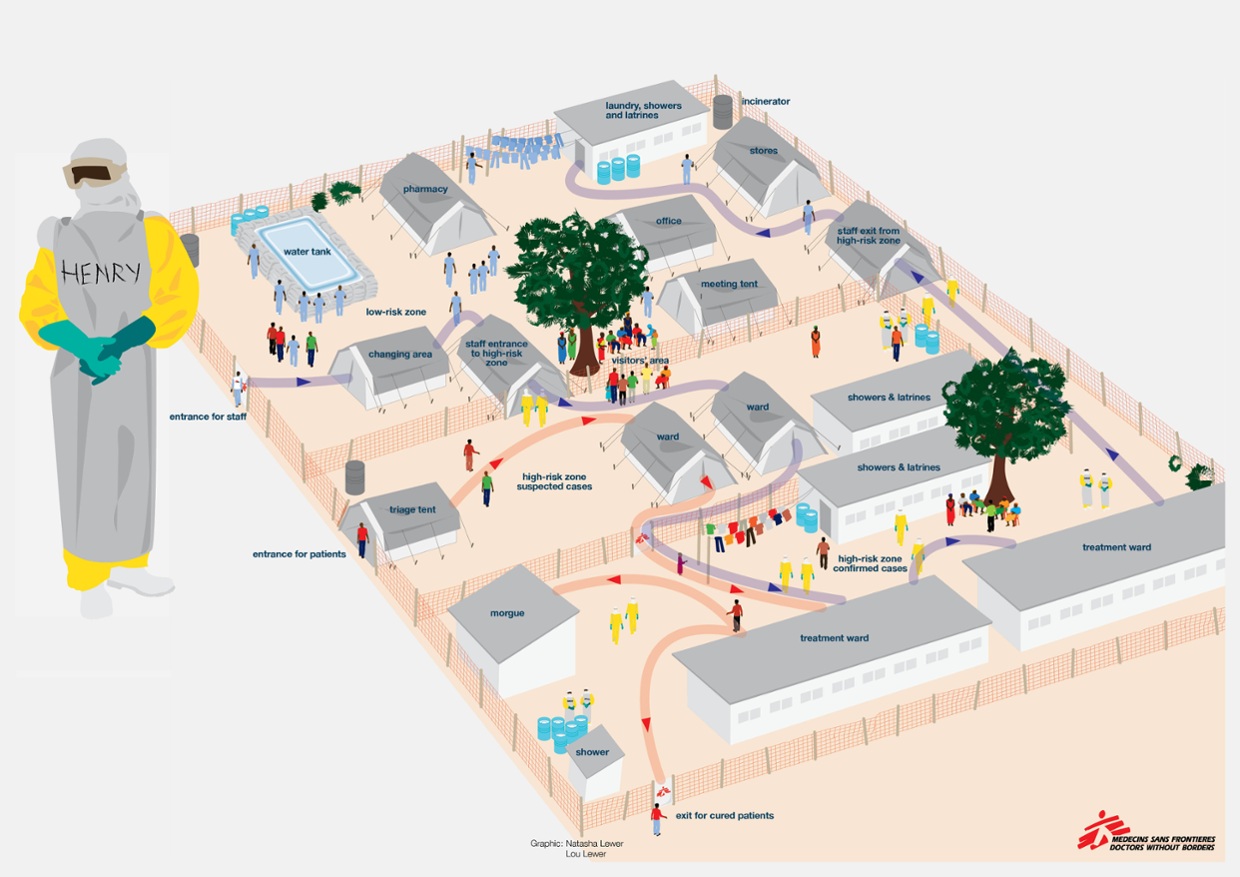 Within the high-risk unit, the doctors would have to premeditate every move they made, what medicines they needed to carry, what needed to be restocked in the unit’s cupboards, what treatment they would administer. Gomathinayagam would even make sure that the pen she took notes with was left in the exact place she took it from. If not, the doctor on the next shift would have no pen to write with. “You have to coordinate with your team about what you are going to achieve in the one-hour period that you are inside. If you don’t prioritise what you are going to do before you have to get out in one hour, you will miss doing something for a patient who badly needs it,” she said.

The centre organised separate shifts for doctors rounds, distribution of food and distribution of medication. Everything was spaced out out through the day so that there was someone to monitor patients in the high-risk unit every two hours.

Gomathinayagamm said that MSF had trained her to be physically and mentally prepared for her six weeks face-to-face with Ebola. But some doubts still entered her mind. "When you leave the country and you get an inkling that if you get very sick and you don’t make it, your body is not even going to come back to the country," she said. "You have to accept that reality." The doctor has returned to Delhi and completed a 21-day self-monitoring period to ensure that she is 100% Ebola-free.

Among all her patients Gomathinayagam has been particularly disturbed by the traumas Ebola has caused to Liberia’s children. A boy arrived at the Foya center late one night, he had been travelling six hours by ambulance after being picked up from the roadside and was so ill that he had lost control of his bowels. He was in a new place among people who spoke a different dialect. He was very weak and wanted to lie down and the first thing he asked for was a pair of pants because he had dirtied his own, Gomathinayagam said.

After successfully fighting of the disease, the boy would spend much of his day in the visitors’ area waiting for someone to pick him up. “We though it was too premature to tell him that his parents were no more," Gomathinayagam said. "But the question was always in his eyes: ‘Why is no one coming to see me?’”

She added, “When he finally got out, he had finally lost his childhood in all this.”

Why was ‘Ebola-free’ survivor quarantined in India after viral traces in his semen?