Contribute Subscribe
Just about a month into its first season, the Indian Super League has notched up an impressive following. More than 23,000 people have on average watched its football matches, placing it ninth among the world’s outdoor professional sports leagues in average attendance.

Whether this initial interest will be sustained remains to be seen. Whether this creates a widespread passion in India for the world’ most popular sport is also difficult to foretell. But for now, the league has undeniably piqued the interest of Indians with its popular, albeit ageing, foreign stars.

In 23 home matches, the average stadium attendance has been greater than the numbers achieved by several established overseas leagues. The Indian Super League is ahead of Italian Serie A, French Ligue 1, Chinese Super League, A-League, J-League, and Major League Soccer. 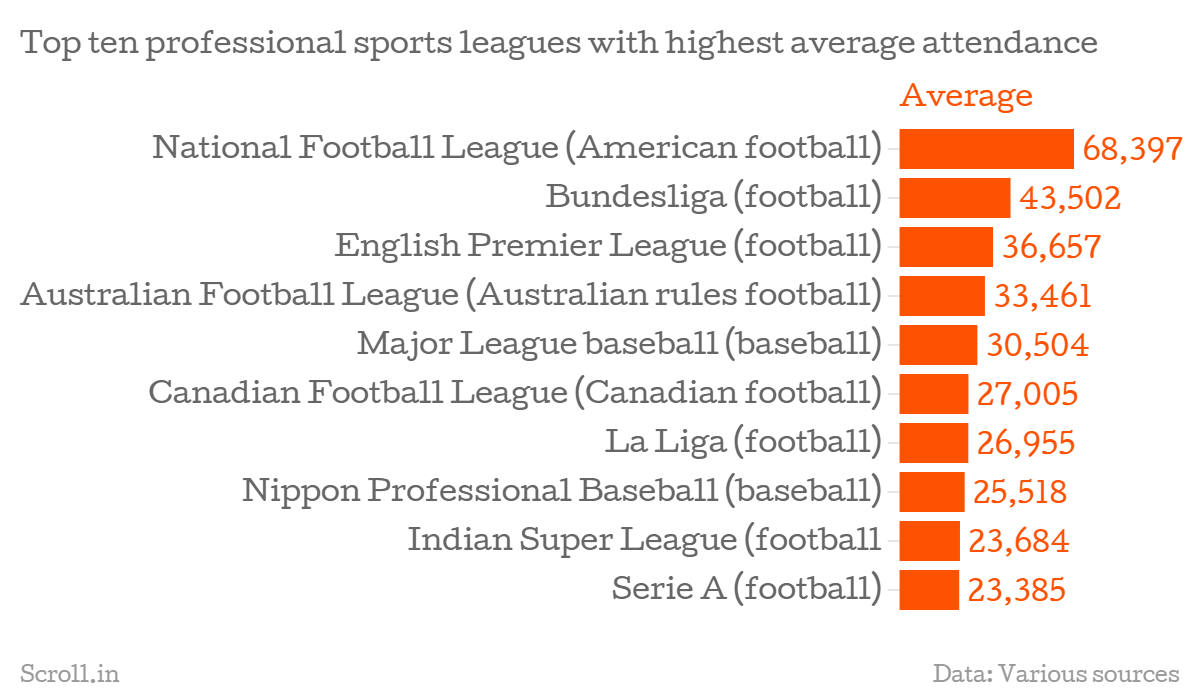 Celebrities give a push

“I’ve been in India for the past couple of months and what I can tell is that there is a massive advertising campaign for it here,” said a Reddit user, LordofDoors. “What’s strange is that it mostly revolved around cricketers telling everyone ‘Let’s football!’”

Another helpful factor has been the team owners’ decision to keep tickets affordable. At least in the first season, they are more concerned about building a fan base than recovering their money.

The question is: will the attendance be sustained, improve or decline over the coming seasons?

Already ahead of primary league

The Indian Super League is very similar to Major League Soccer, which started in the United States in 1996. The first season of the American league saw 10 teams play 16 home games each with an average attendance of just over 17,000. It took them until 2011 to improve upon that average attendance. By then the league had expanded to 18 teams and 17 home games. 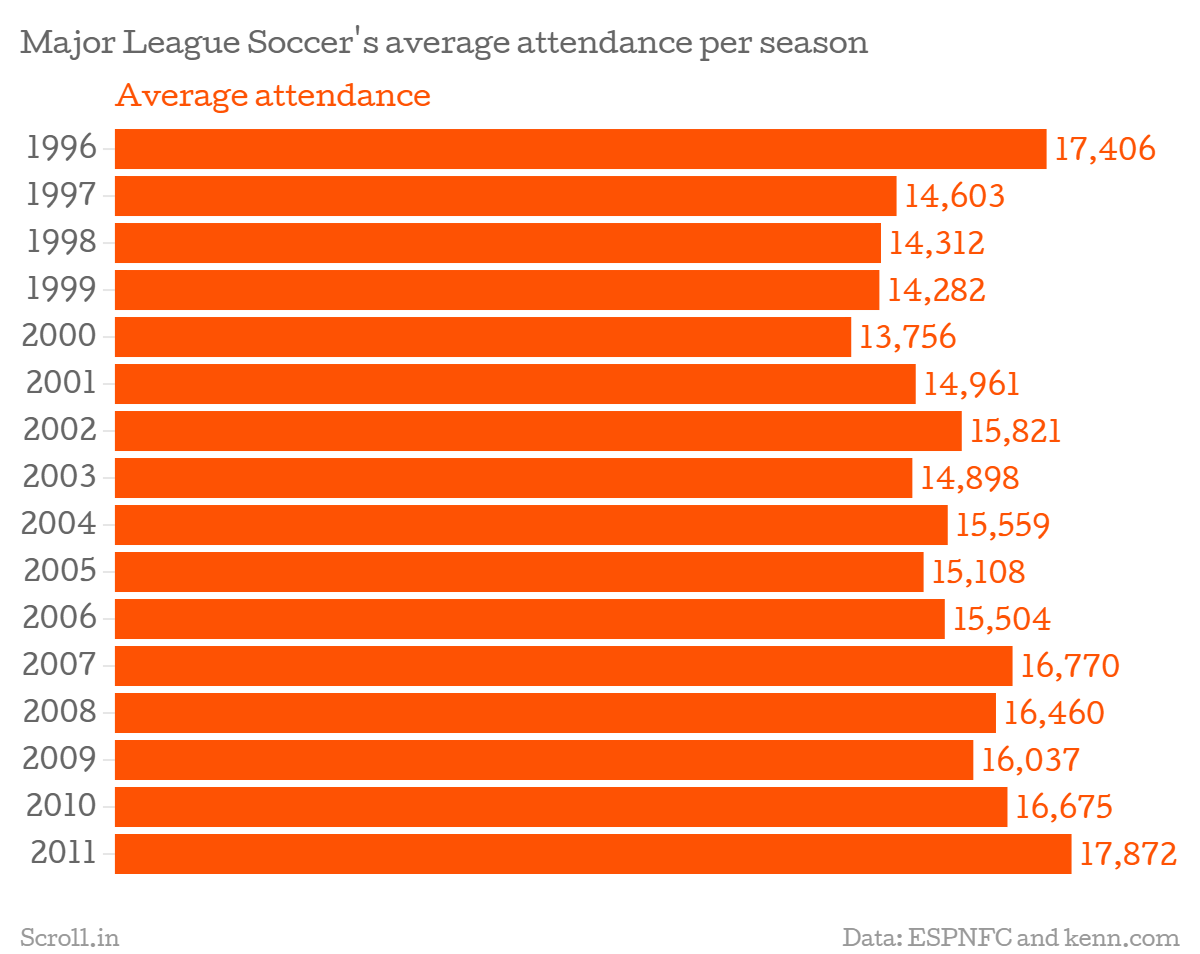 In its first season, the Indian Super League comprises eight teams, each playing seven home games. Fewer teams helps keep attendance up, which is a challenge for even the English Premier League.

In average attendance, it is already ahead of the I-League, which is India’s professional and primary league. The latest I-League season ran from September 21, 2013 to April 28, 2014, but saw average attendance of less than 6,000 during the 12 home games that each team played.

The hope is that, unlike Major League Soccer, the Indian Super League will improve both the quality of the game and attendance figures over time.