Nov 11, 2014 · 12:30 pm
Aarefa Johari
This week, the world celebrated with Germany as the country marked the 25th anniversary of the fall of the Berlin Wall. Google even created a special doodle to commemorate the end of a concrete barrier that had separated socialist East Germany from democratic West Germany for 28 years and that led to the death of nearly 200 people attempting to cross borders.

The Indian media joined in the celebrations too, despite the glaring irony inherent in it. The 155-km Berlin Wall may have fallen in 1989, but for the past two decades, India has been growing increasingly aggressive in raising physical barriers with Bangladesh and Pakistan.

Along the Indo-Bangladesh border, India has built a barbed-wire fence cutting through hundreds of villages that have now become sites of routine shootings and death.

The fence, more than 2,700 km long and eight feet high, is manned by soldiers from the Border Security Force who employ the infamous but unofficial shoot-to-kill policy as a means of cracking down on illegal immigration, smuggling and terrorist activities. 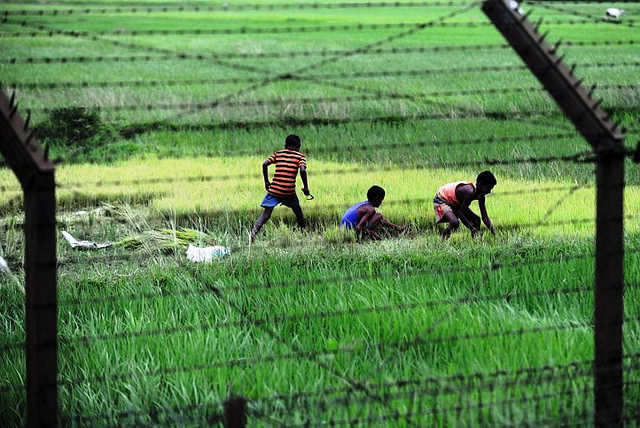 According to Bangladesh and several human rights groups, this shoot-to-kill policy allows BSF guards to get away with cold-blooded killing of unarmed civilians. Human Rights Watch estimated that India’s Border Security Force has killed about 1,000 people at the border from 2001 to 2010, which amounts to about one death every four days. There have been no prosecutions for these deaths. 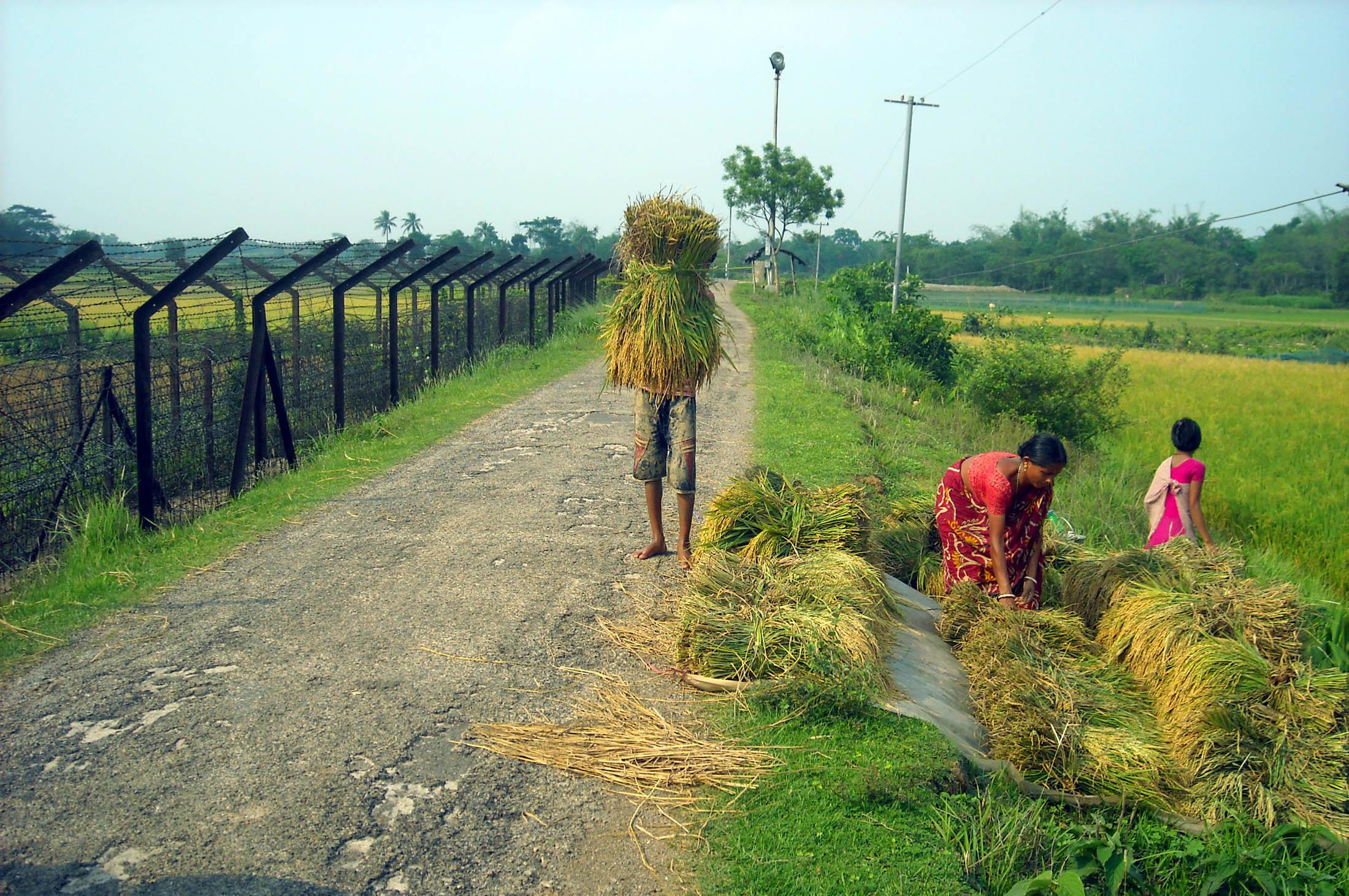 Farmers harvest paddy near the Indo-Bangladesh border in Kamalpur area of Tripura’s Dhalai district in May. Photo: IANS

Many of the deaths along the Indo-Bangladeshi fence occur because of cattle trading between villagers on either side. The Indian government views cattle trade as an act of smuggling, while Bangladesh perceives it as legitimate economic activity. 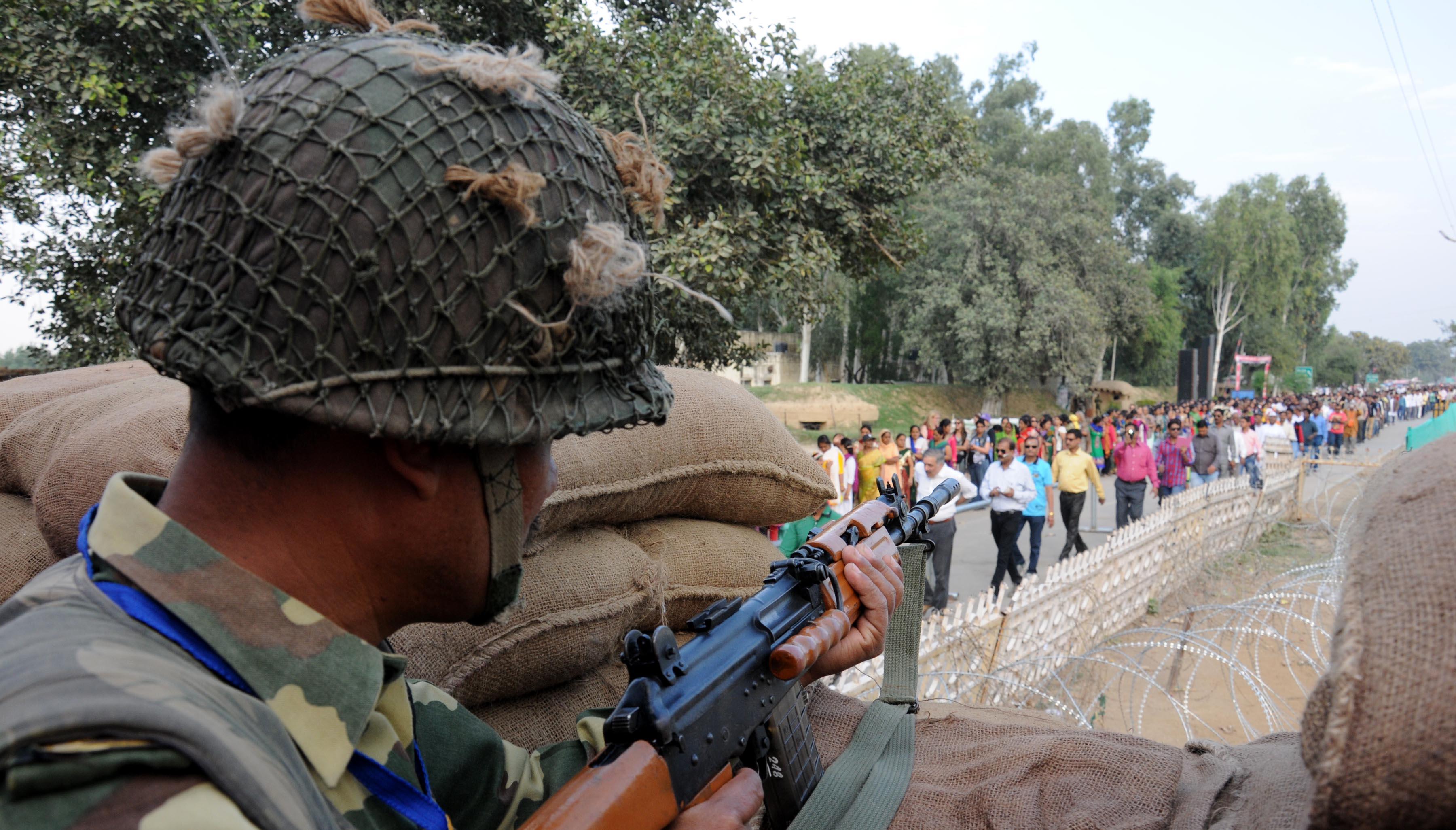 A soldier guarding the Indo-Pak border at Attari in Punjab. Photo: IANS

On the western side of India is the Line of Control – the de facto India-Pakistan border in Jammu and Kashmir that has been dubbed as Asia’s Berlin Wall. In the 1990s, India began to fence this massive, 2,900-km border, of which 550 kms in J&K were completed in 2004. By 2011, almost all of the border fencing – along J&K, Punjab, Rajasthan and Gujarat – was completed.

The double-row fencing on the LoC is meant to keep out militants, separatists, smugglers and other infiltrators, and for this purpose, it has been electrified, connected to a range of sensors and strewn with landmines. The entire border is also lit up with strong floodlights installed on more than 50,000 poles. As a result, the Indo-Pak border can actually be seen from space at night, as NASA astronauts discovered: 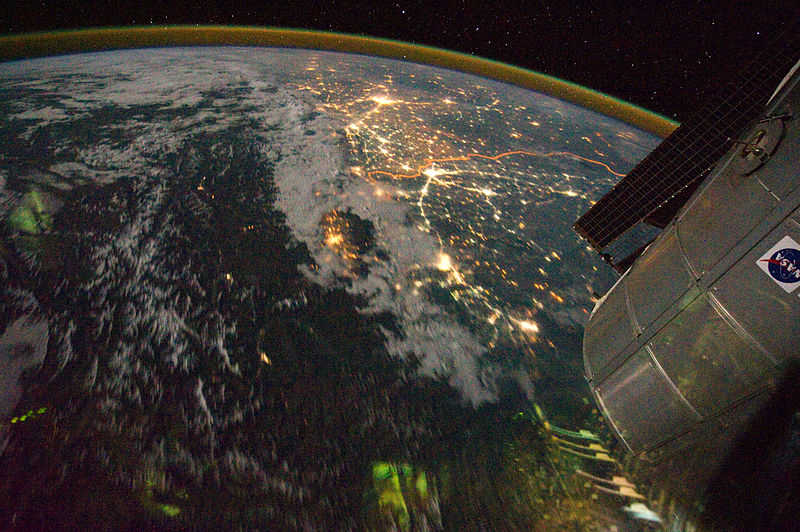 Despite this, the LoC is frequently in the headlines for skirmishes, shellings and bombings between the Indian and Pakistani armies, with high civilian casualties reported on both sides. The fence has evidently not been effective enough. Last year, India proposed strengthening the border barrier in J&K by building a 179-km separation wall between the two countries to keep out infiltrators. 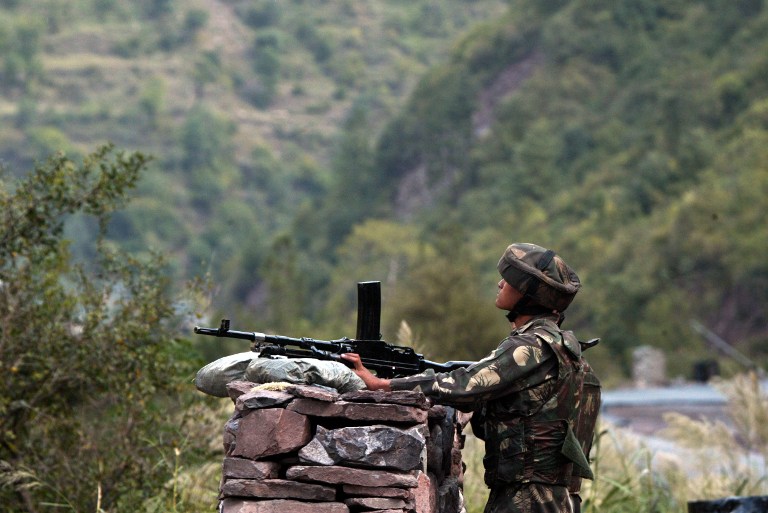 An Indian soldier looking at the Pakistani side of the LOC. Photo: Tauseef Mustafa/AFP