Become a Member
Ad
Last month, the United Nations Population Fund released its State of the World’s population report. At the same time, an international activist group, the Walk Free Foundation, released its Global Slavery Index 2014, which estimates the global extent of forced labour, human trafficking and other forms of slavery. In both reports, India gets the highest rankings.

With 113 million people aged 15-29 years, India has the largest youth population in the world.

India also has the largest number of people trapped in slavery – 14.2 million people.

How do these two groups intersect? Among India’s young people, who are the most vulnerable to slavery?

The report says that bonded labour and human trafficking become prevalent when people are vulnerable, and they are the most vulnerable when unemployed or engaged in activities that are not well regulated and do not provide basic social protection in the form of decent work, sufficient income and a good place to live in.

The Global Slavery Index points out that, in India, such labour could be in brick kilns, carpet-weaving, embroidery, agriculture, domestic servitude, mining and organised begging rings.

While there is no data for begging rings, the 68th round of the National Sample Survey (2011-2012) shows that the engagement in both agriculture and non-agricultural labour goes down as income levels rise. Salaried jobs which have a measure of social security are dominated by the richest 20%, while the poorest 20% form the largest chunk of agricultural labour. 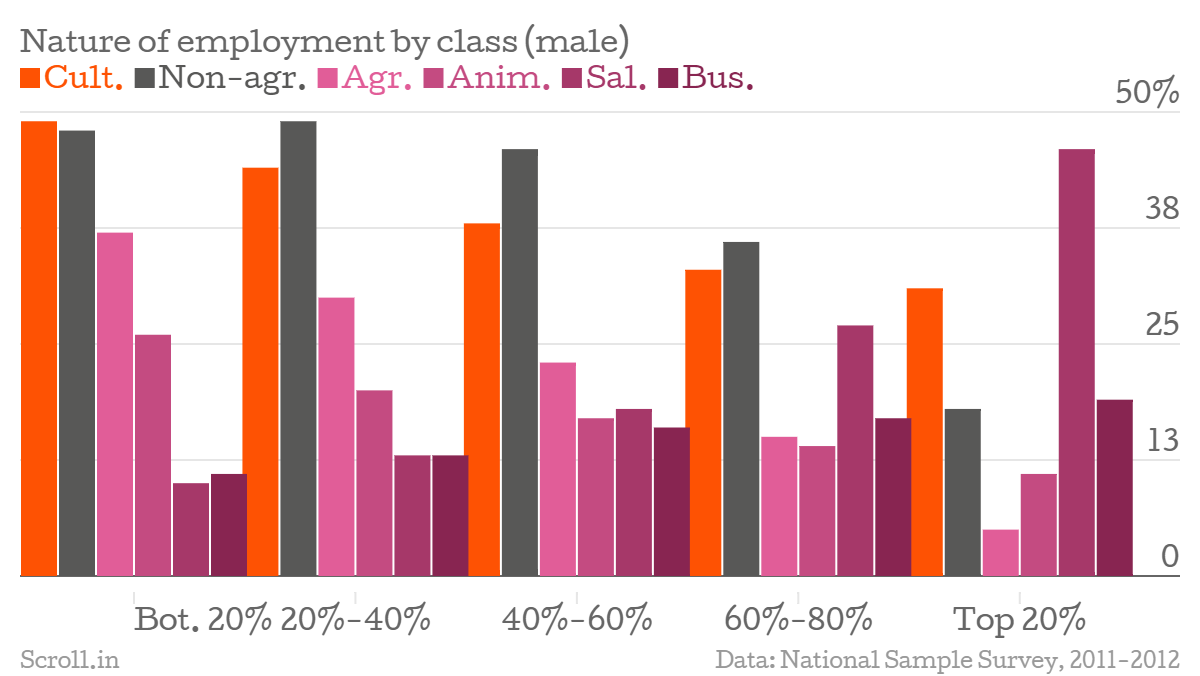 So if you are poor, you are more likely to be trapped in slavery. Poverty rates in India are higher among Dalits, Adivasis, Muslims and other backward classes. This makes young people from these social groups more vulnerable to forced labour and trafficking.

The other social determinant of vulnerability to slavery is gender. The report says that “with few opportunities for education, meaningful employment or access to reproductive rights,” young women are at the risk of being “recruited with promises of non-existent jobs and later sold for sexual exploitation, or forced into sham marriages.”

Data shows that the literacy rates among women are lower. 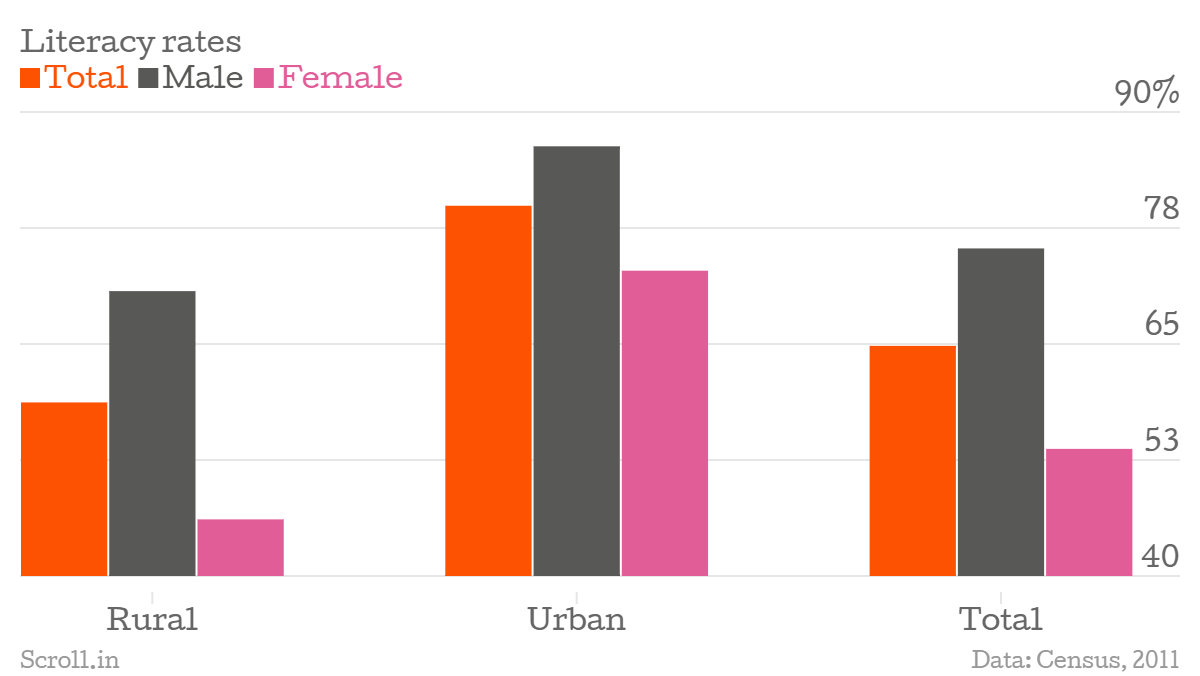 Women’s participation in the labour force is also significantly lower than men.

Strikingly, among working age women, the labour force participation rate – the ratio between the size of the labour force and the number of all the people belonging to the same age group – is the lowest among women aged 15-29 years. This rate is even lower for rural women as compared to urban women.

So if you are young, your chances of being trapped in trafficking and forced labour are higher if are poor, if you belong to Dalit, Adivasi and Muslim communities, if you are a woman and live in a village.

If these vulnerabilities are visualised as an intersecting venn diagram, the young Indian who emerges as the most susceptible to modern slavery is a young woman who lives in a village and belongs to Dalit, Adivasi, Muslim communities.