Contribute Subscribe
Ad
Two years ago, the “beginning of the end” of AIDS was announced. It included the promise of reducing HIV transmission by reducing the amount of infectious virus in the population. This relies on a two-pronged approach: giving the same preventative drugs to both positive and at-risk people and regularly testing those at most risk.

The logic around the drugs part of this strategy goes like this. It is becoming clear that transmission is very unlikely to happen during unprotected sex between someone who is HIV negative and someone who is positive but whose virus is controlled (an undetectable viral load, as it is described by medics). So controlling the virus in the HIV positive person is known as the treatment-as-prevention approach.

Equally, for someone who is HIV negative it seems that taking a single pill of HIV treatment every day radically reduces the chances of HIV transmission to around the same levels as using condoms (this is known as taking a pre-exposure prophylaxis). Put these two approaches together and you could question whether, from the perspective of HIV prevention alone, there is any point in continuing to use condoms.

So is this really the beginning of the end of HIV? I don’t think so. According to last week’s report from Public Health England, there are nearly 108,000 people in the UK living with HIV. This is an increase of over 5,000 year on year, though the rate of new diagnoses has been steadily falling among the population as a whole for nearly a decade. 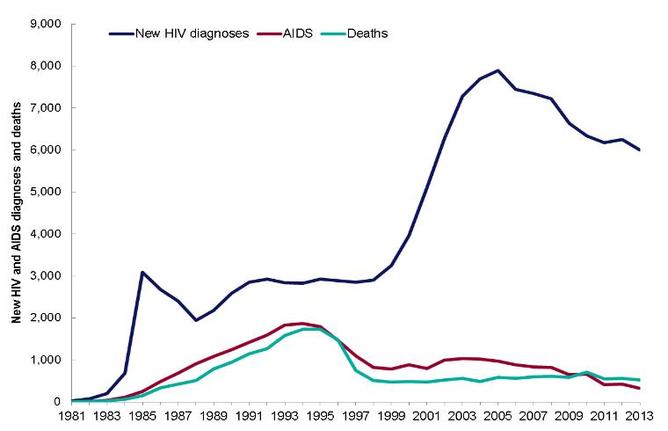 But among gay men who are considered most at risk from infection, the 3,250 that were diagnosed in 2013 was the highest ever in a trend that has remained fairly constant for the last few years. It is estimated that 7,200 gay men living with HIV are undiagnosed. They are thought to be the key population which maintains the rate of new HIV infections.

Many of these men have been recently infected and are highly infectious – yet simultaneously they may have clear and rationale beliefs that they are HIV negative (based on previous test results). It is estimated that each prevented HIV infection would save between £280,000 and £360,000 in lifetime treatment costs – so targeting this group and enabling them to seek testing and treatment represents a vital way forwards in controlling HIV in the UK and beyond

What this does is to underline the importance of the second prong of modern HIV prevention. HIV negative and positive people taking drugs is only viable if there is also a high level of regular HIV testing. This would ensure those who are potentially the most infectious (the 7,200 undiagnosed gay men) are quickly accessing the full barrage of HIV treatments and are also out of the infectious pool of people who maintain the steady rates of new HIV infections.

It doesn’t help that the current UK guidelines concerning regularity of testing are not consistent. Some recommend annual testing while others recommend more regular testing for those most at risk (every three months in Scotland, for example). Yet definitions of what exactly consistutes being ‘most at risk’ are currently lacking. Viable definitions could include a combination of measures of unprotected sex, a lack of recent HIV testing, recent sexually transmitted infections and psychological measures of vulnerability.

Neither is getting the right people to seek regular HIV tests an easy matter. Over the past decade there have been huge changes in HIV testing behaviour among gay men. Yet the proportion who test regularly still remains low. In a recent study of men who have sex with men from Scotland, Northern Ireland, Wales and the Republic of Ireland, we found less than a third of men at high risk of infection had tested within the past six months. With testing rates this low, fulfilling the biomedical dream of an end to AIDS remains fanciful.

There are enduring barriers to HIV testing. These relate to fear of positive diagnosis, stigmatising beliefs relating to sex with positive people, and aspects of testing services. While new approaches to testing technologies, such as self-testingor self-sampling offer some leverage in reducing clinic-related barriers to testing, they do little or nothing to reduce the psychological and social ones. 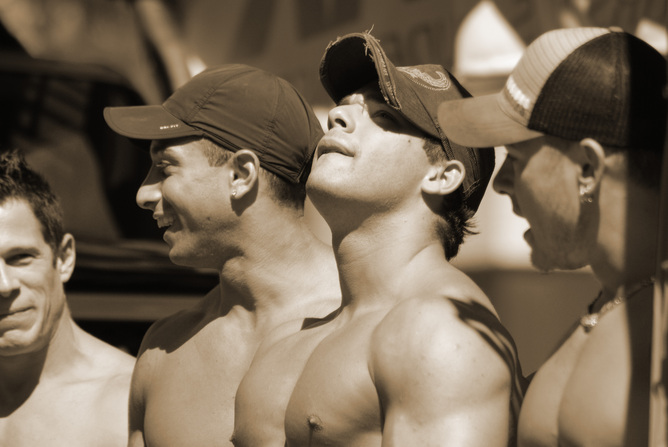 Overcoming the barriers to testing is the challenge meunierd

For the current HIV prevention regime of drugs for all and regular testing to really work they have to embed fully in the often very messy social world. They have to accommodate the difference between people’s beliefs about their HIV status and their actual status and the stability and duration of undetectable viral load (this is often only tested twice a year).

They also have to find their place in the range of existing preventions for other sexually transmitted infections. For example preventing HIV by replacing condoms with daily pre-exposure prophylaxis treatment may enable other infections, including drug-resistant gonorrhoea.

So what of the beginning of the end of AIDS? As the rise of antimicrobial resistance highlights, our best infectious disease control will eventually fail – despite evidence of effectiveness – unless we understand and plan for its translation within complex and adaptive systems. People take up technologies and use them in unanticipated ways. Cultures develop resistance in the same way that bacteria do. We will only ever approach the beginning of the end of AIDS if and when we bear these things in mind.

India among 10 countries that account for 95% of new HIV/AIDS infections in Asia-Pacific: UN report