Contribute Now
Ad
India’s super rich are getting richer – and doing so much faster than most Asian countries.

That’s the fastest rate of growth in UNHW individuals among the 10 leading countries that house the most super rich.

At the same time, Japan and China – the two Asian countries with most UHNW individuals – are witnessing a slowdown. 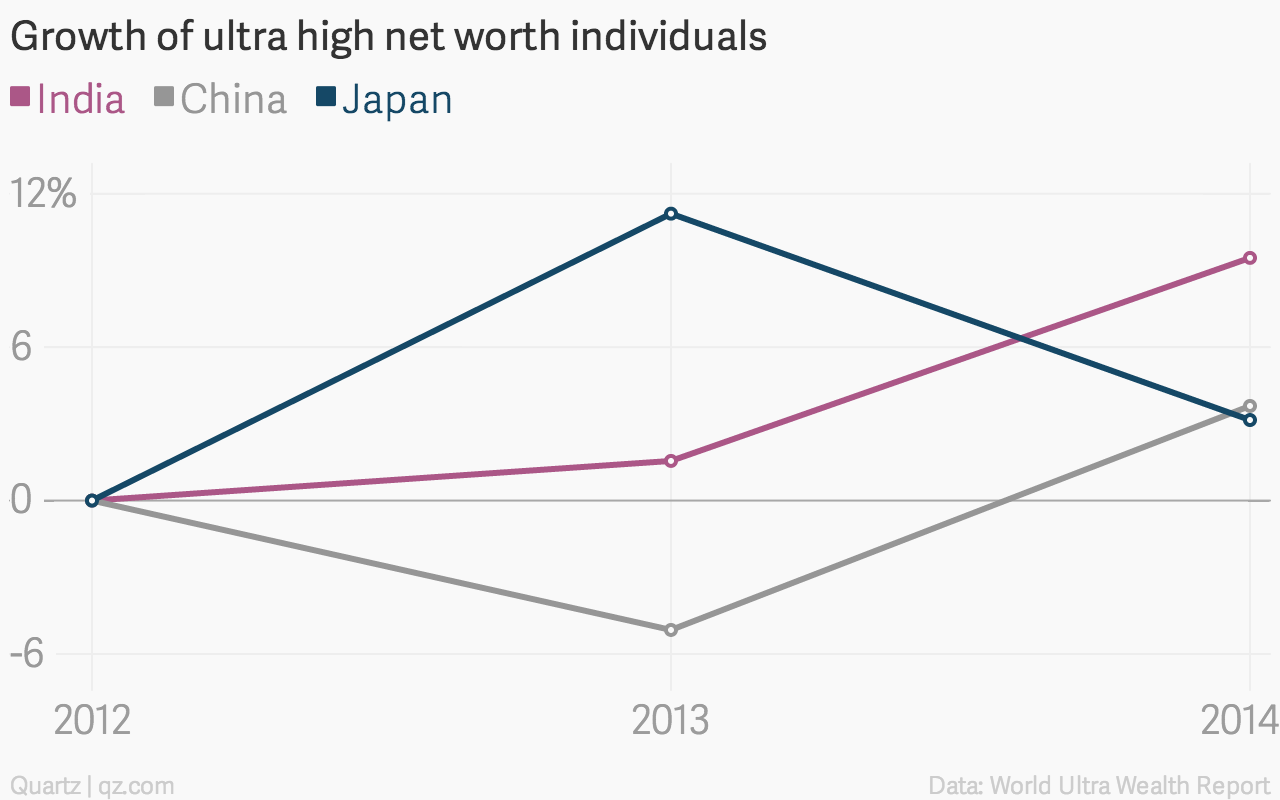 Even though the number of UHNW individuals in India has risen steadily since 2012, their numbers (8, 595) remain small compared to Japan’s UHNW population of 14,720 – the highest in Asia – and China, which is home to 11,070 super rich citizens. 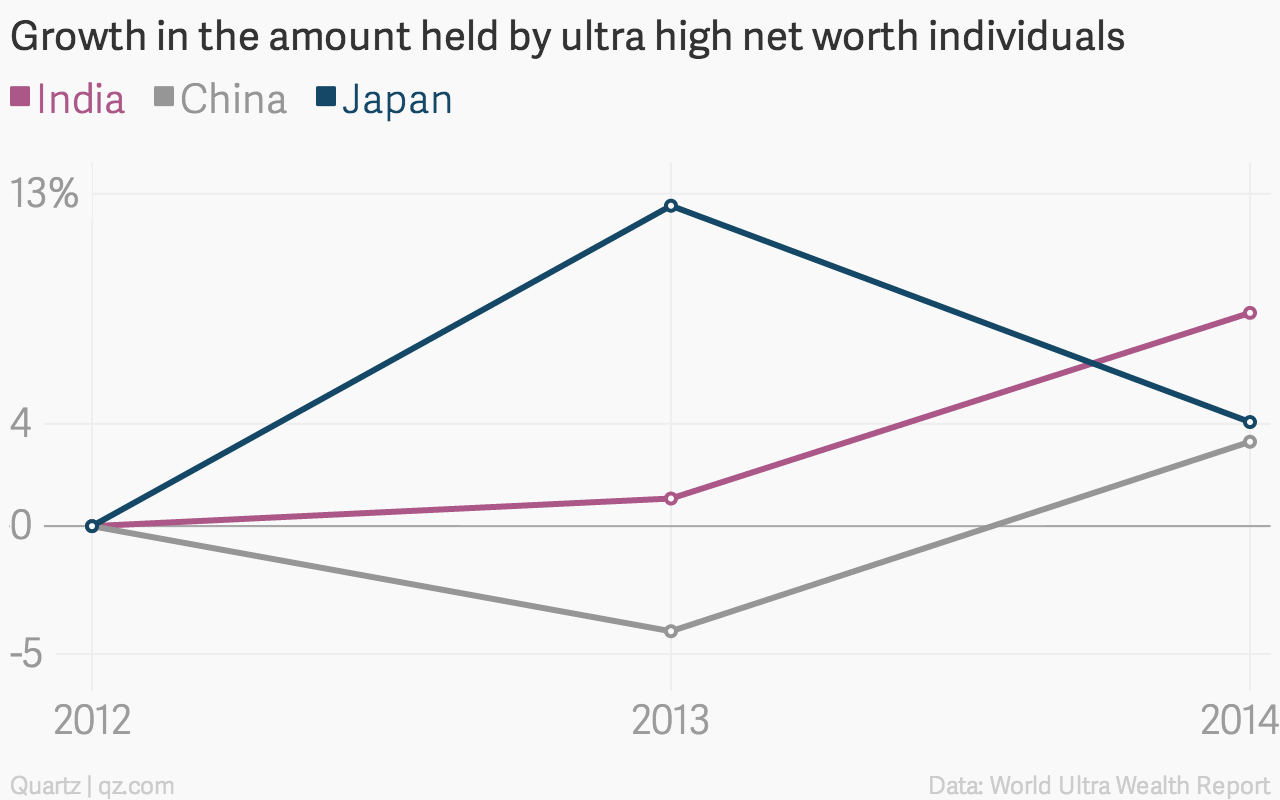 The report defines UHNW individuals as people with a net worth of at least $30 million, including shares held in public and private companies along with investments in different assets such as real estate.

Globally, US has the highest number of UHNW individuals with 69, 560 followed by Germany, Japan, UK, China and India.

In 2014, the number of UHNW individuals in the world increased by 6% to 211,275, while their wealth increased 7% to nearly US$30 trillion. This increase can be attributed mainly to the robust global equity markets that allowed them make money off stocks. 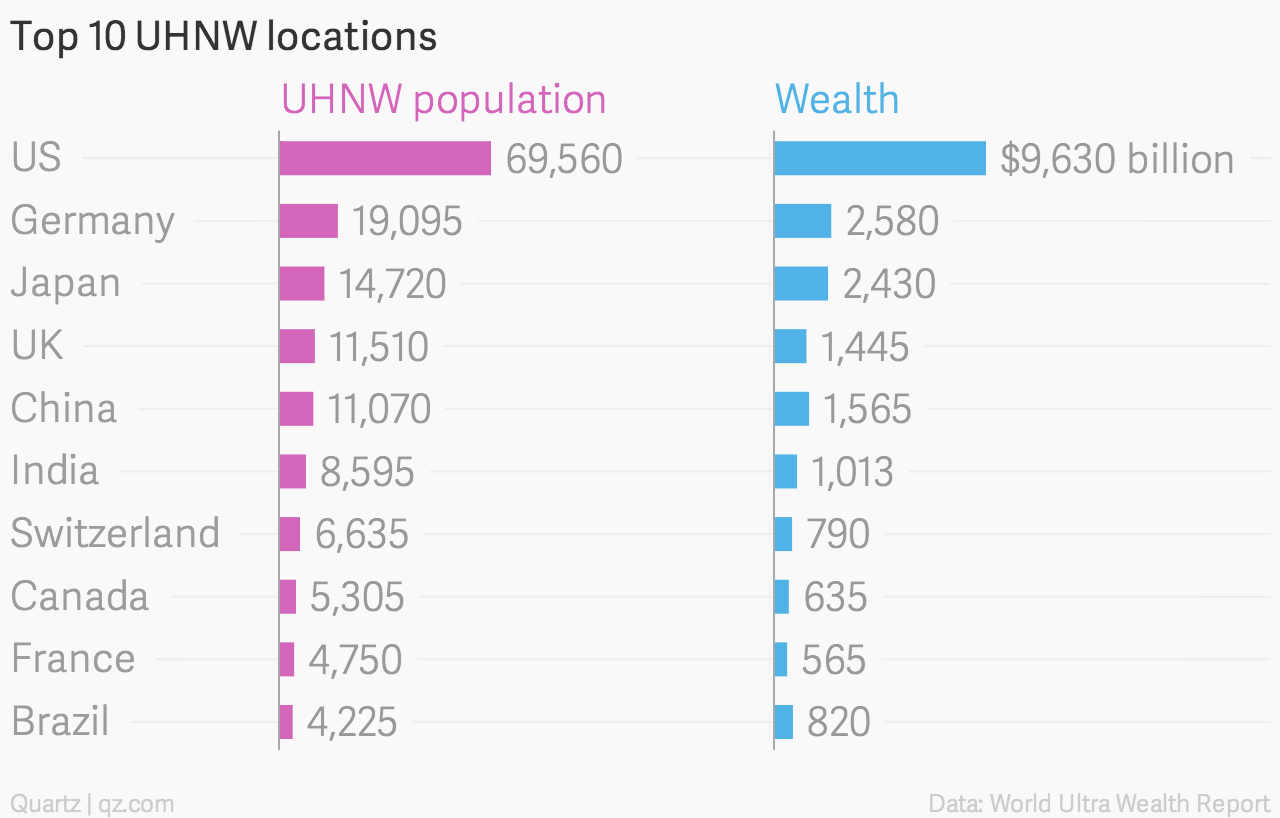 But Asia’s performance remained weak compared to last year. “One  of the reasons for the comparatively slower UHNW growth in Asia is the significant number of UHNW individuals who relocated outside of this region, limiting internal gains,” the study said.

The slowdown in the growth of the super rich in Japan and China is also a sign of “faltering confidence in the effectiveness of Abenomics in Japan and indications of overleveraging and a slowing real estate market in China,” the report said.

Nonetheless, Indian and Chinese cities are likely to takeover Japan as UNHW hubs within the next five years, the report added, as their own super rich populations grow and wealthy foreigners look to tap into Asia’s growth momentum. 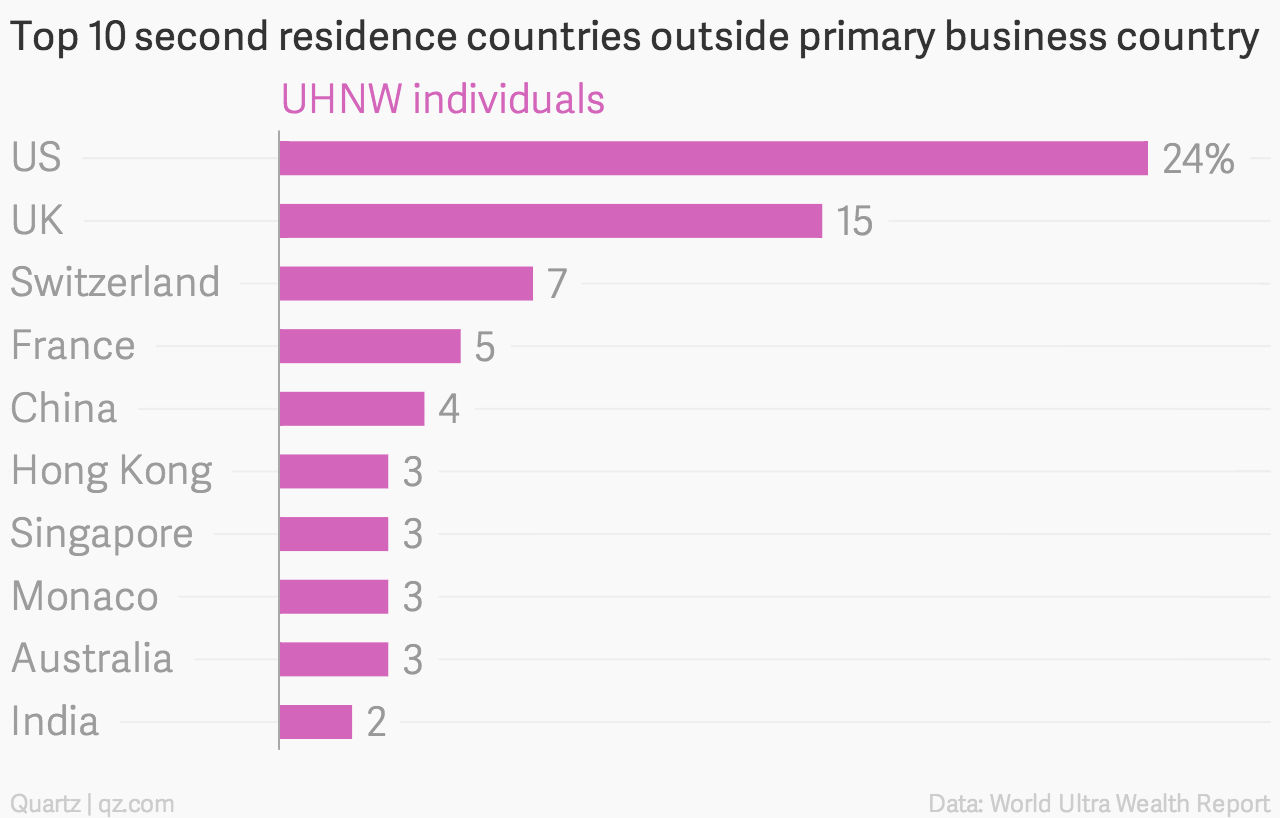