In Mumbai, where more projects are shelved than completed, the agony of not being able to get a project off the ground is especially acute – and inspirational. Indie films such as Missed Call (2005) and The Untitled Karthik Krishnan Project (2010) have exposed some of Bollywood’s worst-kept secrets: aspiring filmmakers need a godfather or two to get ahead, nepotism rules, formula trumps originality, writers are treated like dirt, promises are made to be broken, and the nerds rarely get the girls.

Amit Masurkar’s Sulemani Keeda explores one writing pair's anguish at not being able to get a screenplay produced. Dulal and Mainak have yet not reached the legendary status of the renowned collaborators Salim and Javed,though they would like to. The roommates hawk their screenplay to several producers (including Mahesh Bhatt and Anil Sharma, sportingly playing themselves), only to be told that they don’t have what it takes to make a Hindi movie.

The young men also meet and try to impress women at various house parties. Dulal (Naveen Kasturia) seems to get lucky when he meets Ruma (Aditi Vasudev), a gentle and generous soul who sees past his awkwardness and befriends him.

Mainak (Mayank Tewari), meanwhile, is a blithe spirit who tries his luck everywhere.

Billed as a slacker comedy, Masurkar’s wry, engaging and nicely observed debut was shown at the Mumbai Film Festival last year, and is being released through PVR Cinemas’ Director’s Rare label on December 5. Made for Rs 25-odd lakh, Sulemani Keeda is a far more convincing and honest insider spoof of Bollywood than the recently released Happy Ending.

Masurkar’s own cinematic adventure hasn’t ended too badly either, but the journey to the cinemas hasn’t been easy. The reactions he got when he showed the movie to various leading studios was similar to the feedback Dulal and Mainak get when they try to hardsell their dream project.

“There was a pattern to the response – creative teams and the bosses of studios would love the film, while the marketing teams would veto it by saying it could not be marketed since it didn’t have any stars,” Masurkar said. (It is, of course, entirely possible that the studios were playing one of the oldest games in the book – the good cop bad cop routine.)

Some of the reactions came at the level of the episode-driven script itself. "When I wrote the script and showed it to people, the first thing they said was, where is the story, it is only a series of events,” Masurkar said. “People in Bollywood are trained to think about films as being pre- or post-interval.”

Sulemani Keeda (it roughly translates into A Pain in the Posterior) might be set in the glamour-struck of Hindi film entertainment, but it could be “a very universal people about two people struggling in a big city in any industry”, Masurkar added. He picked the movies as a backdrop because of his own experience as a writer for television shows over the past decade, including sketches for the spoof series The Great Indian Comedy Show.

The characters are partly imaginary and partly fictionalised versions of people that he has met over the years. For instance, the outlandish Indian Alain Delon wannabe Gonzo, who is the only one who takes the writer duo seriously, is lurking somewhere in Mumbai.

Sulemani Keeda is refreshingly relaxed about the angst levels felt by its characters. They do worry about their professional prospects, and they are somewhat behind on their rent. Dulal, in particular, is a brooder, given to lugubrious statements about the future of the human race that never fails to cause Ruma to break into a grin. Tamil cinematographer and director Rajiv Menon had elegantly poked fun at directorial angst in his Kandukondain Kandukondain (2000), in which Ajit’s character gives up trying to make an original film and instead pitches a remake of Speed with a major twist – the lead character is a woman rather than a man. 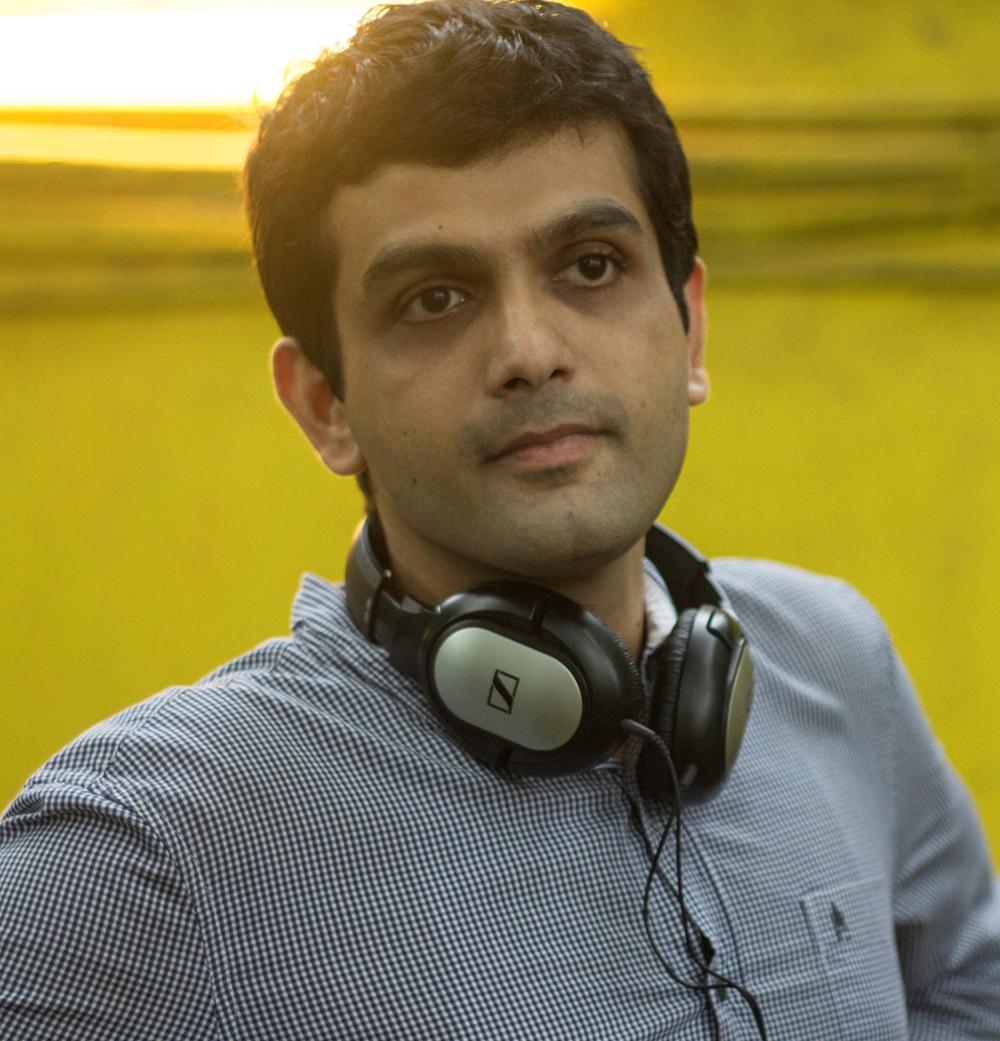 Sulemani Keeda displays a similar light touch in dealing with its characters’ misadventures. “I don’t like it when people romanticise their struggles,” Masurkar said. “Most people who claim to have struggled so much haven’t actually. If so many people slept on railway platforms while trying to find work, then you would find the best writers there.”

The whole idea in Sulemani Keeda was to put the word "struggle" on a pedestal, the 33 year-old filmmaker added. “The film is not as much about making the film as about what these guys actually want to do in life,” he said. “It’s not as though these guys want to make an art film either – the story is balanced about their own tastes and interests. I was also interested in the dynamic between collaborators. The characters are sharing an apartment, a dream, and tee shirts – is it possible that two people can have the exact same goal? And what if one of them grows out of it?”

The easy banter between the characters, especially Dulal and Mainak, flowed out of the fact that Masurkar wrote the script for Kasturia and Tewari, keeping in mind their speech patterns and behavioural tics. “Naveen and Mayank were pre-cast, in a sense.” he said. “At first I was trying to cast someone else other than Mayank, but then I figured out, why should I cast anybody else to play Mayank when I have him?”

Kasturia, with whom Masurkar had rented an apartment at one point, alerted him about Aditi Vasudev, who gives a sparkling performance as Ruma. Vasudev had played the role of Rishi Kapoor’s daughter in Do Dooni Chaar. The emotional journey between Dulal and Ruma captures the hope and ambivalence that characterise romances between singletons in the big city. Unlike most indie films, which tend to stick their female characters with cigarettes and aggression, Sulemani Keeda treats Ruma like an angel who pulls Dulal back from the brink and orients him. “You can find out a lot about a filmmaker’s politics by seeing how he treats children and women in his films,” Masurkar observed.

In mockumentary ‘Autohead’, an auto rickshaw driver might just have murder on his mind