Contribute Now
Ad
Delhi is the reigning king of polluted cities in the world, of that there is little doubt. So grimy is its air today that there are calls for closure of schools when pollution levels are particularly harmful. According to a recent World Health Organization report, the capital has six times the levels of airborne particulate matter than are considered safe. Other cities in the country are only slightly better off. The same WHO report reveals that 13 of the 20 most polluted cities in the world are in India. 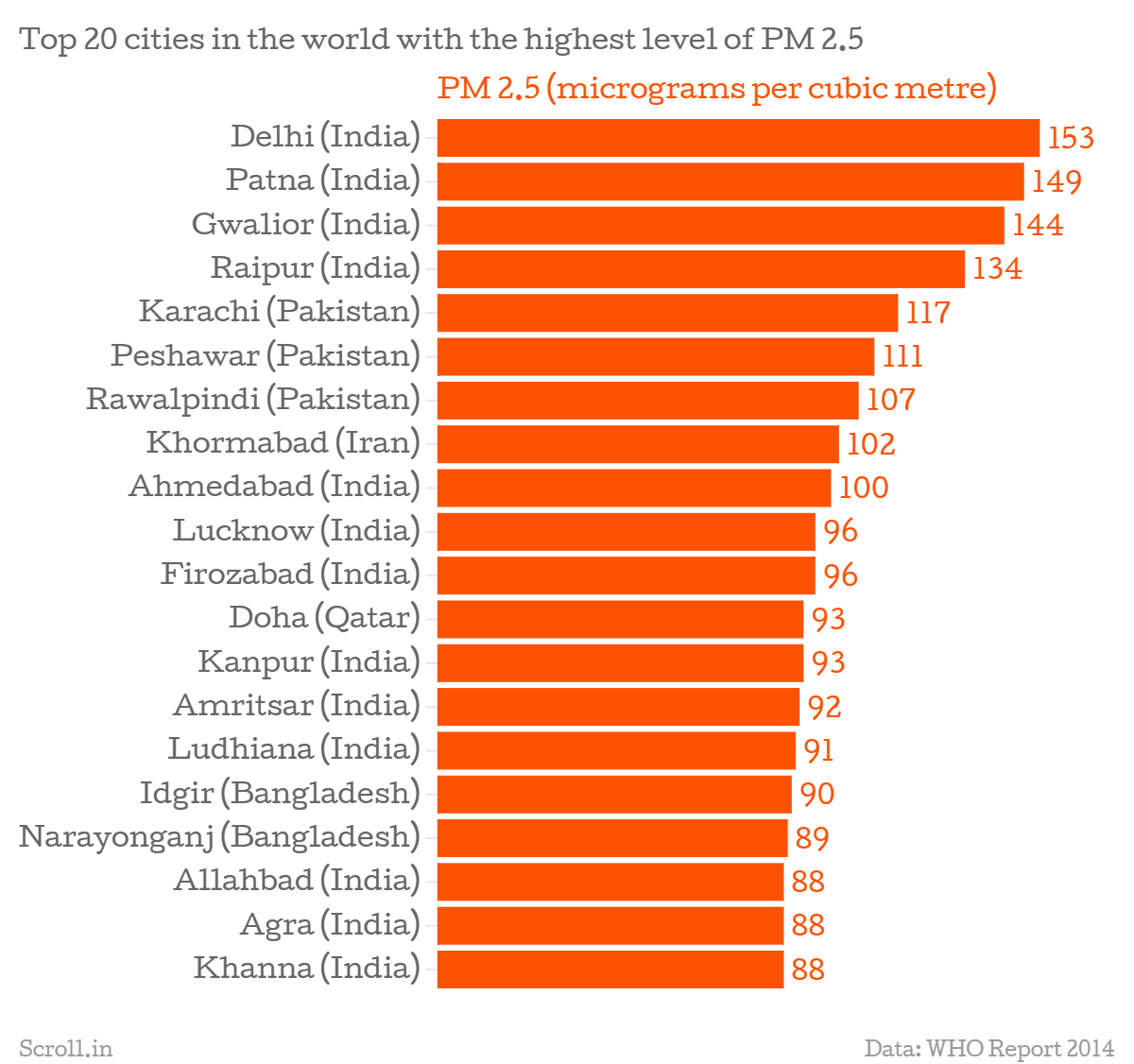