Contribute Now
Ad
It’s been a good-looking year for books, and I thought that a little recap of the best and the most beautiful might be fun. Of course, finding them turned out to be a pretty daunting task, because as it turns out, we publish a lot of books in India. Quite wonderfully, it also turns out that a big slice of those are gorgeous.

As the list came together, I realised that it has been a particularly colourful 2014, with some stunning illustrations and designs. I wouldn't mind a few of them framed, really. I've picked and chosen and deliberated and discussed, and then come up with a list which is in no way definitive, but is definitely beautiful. Each cover speaks of the kind of talent that created it, and the hard work it must have taken to put them together.

Of course, this isn't a complete list, and even as I write this, I've thought of a couple of names that I must add. Moreoever, this is also just me, and you know what they say about beauty and beholders.

1. A trio of gorgeous renditions of Raja Rao's work. This perfectly encapsulates what I meant when I said that some of these can be framed. The kind of simple life captured in these is magical. Illustrations by Robert Nicol.

2. I'd like to start by saying that this book is as beautiful inside as it is outside. It's also got the perfect cover. The painting on it was designed by Waheed's great grandfather decades ago, and its chance discovery is a big part of the book too. The Book of Gold Leaves, by Mirza Waheed. 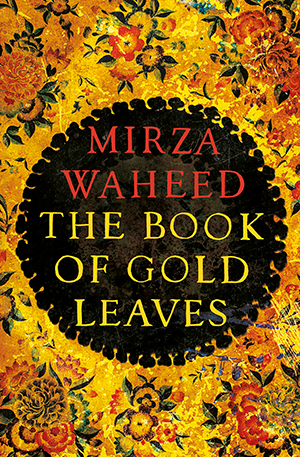 3. I love the details in this illustration, and how well it fits the book and the title. This is a comforting cover, one I wouldn't mind stepping inside for a little lounging around. The front and back are both lovely, and I needed to include the back because of the details you cannot miss. With Love from the Hills, by Ruskin Bond, Illustration and design by Vandana Singh. 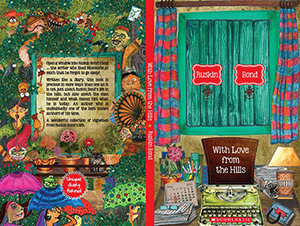 4. Another gem from Tulika, which is known for its lovely, vibrant covers, and really fun books! This one is very eye-catching, and the already whimsy illustration becomes even more enchanting with that yellow. Appaka, by Sreelatha Radhakrishnan, pictures by K.P Muraleedharan. 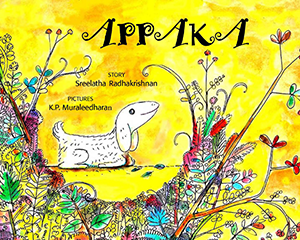 5. I'm not a big fan of books with people on their covers. I don't like how they put a face on characters I haven't even met yet. But in this cover, I think the figure has been used very well, as have the colours and the backdrop. It's sufficiently mysterious, and beautifully seductive. There's also a kind of fluidity in the cover that I particularly like. The City of Palaces, by Sujata Massey. 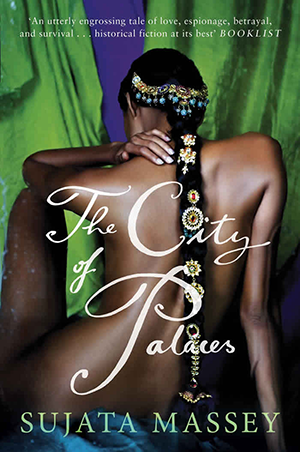 6. Everything about this cover is immediately attractive. The colour, the vibrancy, the arrested motion. It's beautiful. Arctic Summer, by Damon Galgut. 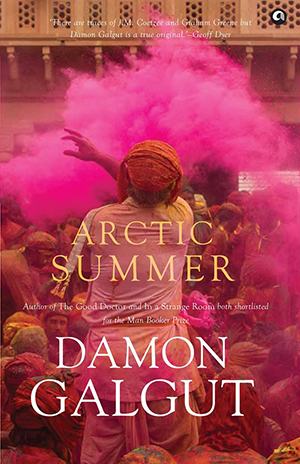 7. I fell in love with this book, and I love that the cover does it complete justice. It's just the right kind of eye-catching, arresting cover that this book demanded. I like that the two colours, the big, bright red and the icy blue, are perfectly in sync, and also so obviously adding to the story. Queen of Ice, by Devika Rangachari, cover illustration by Tejashree Ingawale. 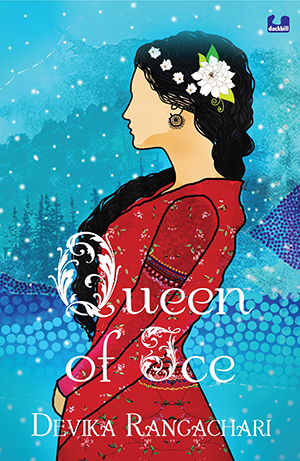 8. The illustration on this one is quirky enough, and mysterious enough, that it makes me want to know more. The colours set against each other do a good job too. Honestly, if a cover can make you pick up a book, I think it's a winner, all right. The Petpost Secret, by Radhika R. Dhariwal, design and illustration by Prabha Mallya. 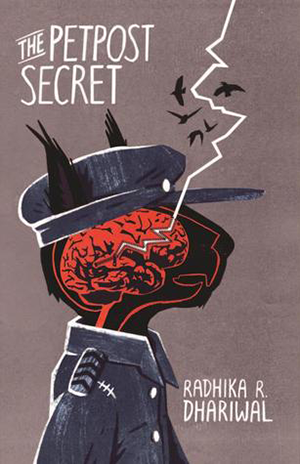 9. This one made me smile. It's such a happy cover, and the fascinatingly mad name helps. I don't think a book with a name like that could really do with anothe cover, could it? The artwork inside and outside this book is wonderful, the clean lines, the slighly muted, but perfectly chosen colours. It's a lovely style. Captain Coconut and the Case of the Missing Banana, by Anushka Ravishankar and Priya Sundram. 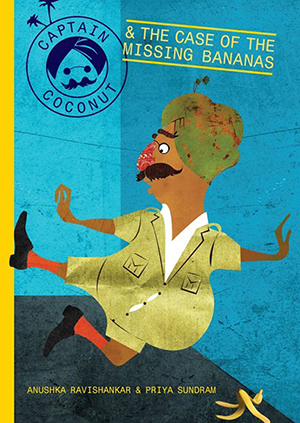 10. I think if you are going to bring out the tenth anniversary edition of this big a book, you need to do it right. I think letting Bena Sareen of Aleph do it is one of the best ways to do it too. I have a copy of A Suitable Boy and I wouldn't mind another. Just the right picture, and thankfully, no faces on it. A Suitable Boy, by Vikram Seth, cover design by Bena Sareen. 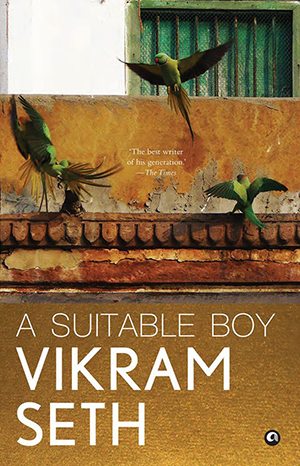 11. A very recent addition, this one, and such a beautiful, cheery one. The details are excellent, and each time you look at the cover, chances are you'll discover somehing new. The back is even better, richer. A good cover to come back with, for Upamanyu Chatterjee. Fairy Tales at Fifty, by Upamanyu Chatterjee, illustration by Urmila Shastry. 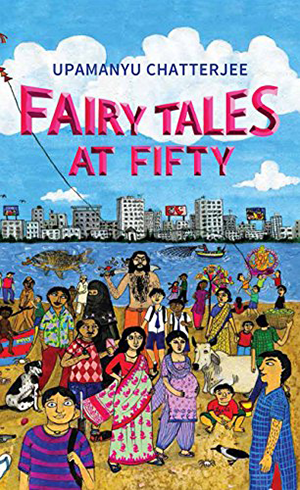 12. I loved this cover as a dust jacket. It really worked, with those colours and that illustration. It's a very well thought out cover, and attractive enough to draw your eye to it. Gypsy Goddess, by Meena Kandaswamy, cover design by Studio Helen. 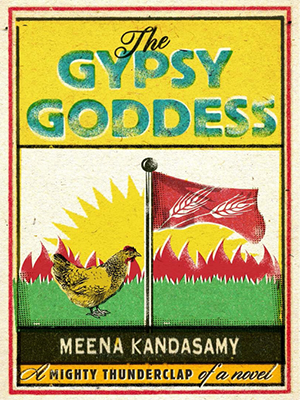 13. Acually, I'm cheating a bit here. The entire Classic series by Penguin India is beautiful. Single symbols/motifs against plain background is a lovely, clean idea, it makes for great collectibles. This one, like the rest, is beautiful. Classic Mulkraj Anand, by Mulkraj Anand. 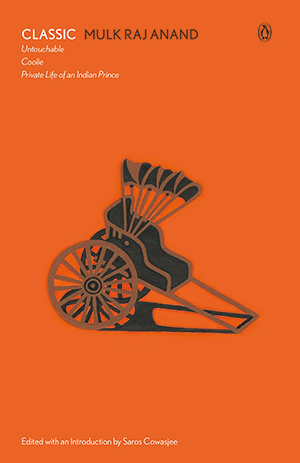 14. I love the detailing and the style here, and the colours pop in just the right kind of way. It's a busy cover, and it gives you the sense of motion, activity. It's also incredibly cheerful. Teresa’s Man and Other Stories from Goa, by Damodar Mauzo, illustrations by Archana Sreenivasan. 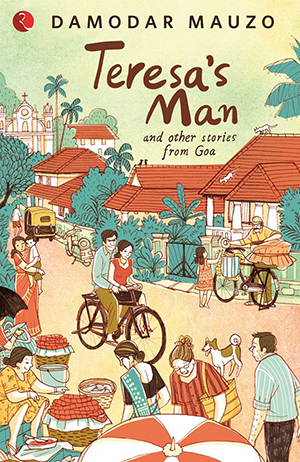 15. While I'm not a big fan of flowers on a cover, since most of the times it feels either lazy or easy, this one is beautiful, haunting really. I love how the cover plays with light and texture and arrangement. Very soothing, but far from boring. Shadow Play, by Sashi Deshpande. 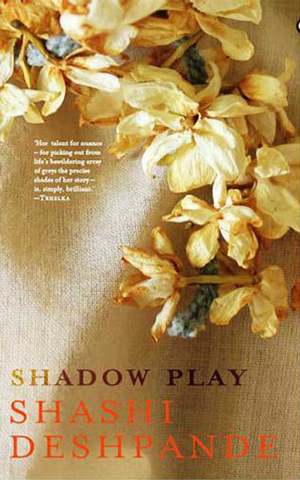 16. Another cover that is a bit like a full sized canvas. So much is happening on it, and the artwork is so beautiful! It is another example of a cover with a story of its own. Birth of the Bastard Prince, by Anurag Anand. Illustrations and design by Smruthi Gargi Eswar.

17. A perfectly mad cover for what promises to be a great collection! Look at the details, and the almost offhand play of dark and light, both in terms of colours and motifs. It's the perfect cover for this book. The Obliterary Journal Vol. 2, illustration by Prabha Mallya. 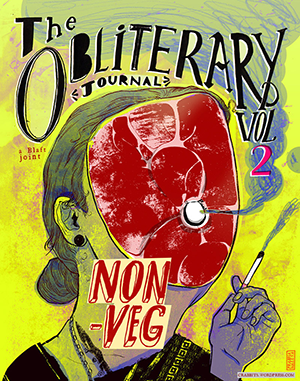 18. I include this straight after the Obliterary Journal because it just show the sheer range that Mallya can work with. This one is as sweet as they come, without losing any of its grip. It's another crowded, busy cover, one you can spend minutes examining. Tales of Fosterganj, by Ruskin Bond, illustration by Prabha Mallya. 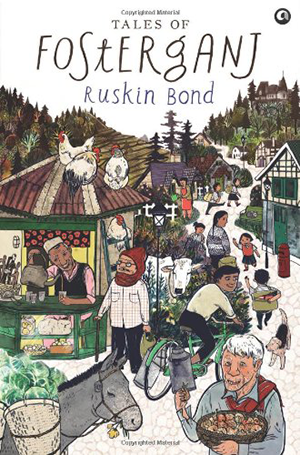 19. I like how immediately arresting this cover is. This is great use of colour, and of course, of flowers. Once again, something that could just be average, when done right, becomes perfectly beautiful. The use of texture and pattern is part of the trick, I think. Passion Flowers, by Cyrus Mistry. 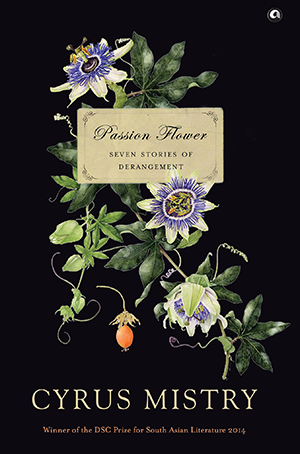 20. I love the use of soft, subtle colours on this one. This is some great artwork and a very befitting tenth anniversary edition. The Last Song of Dusk, by Siddharth Dhanvant Sanghvi. 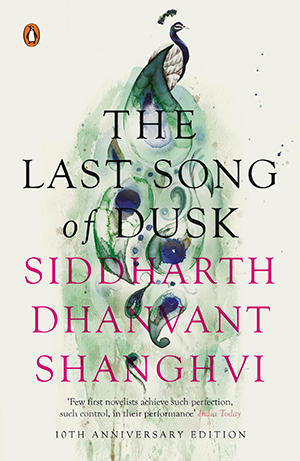 21. This cover reminded me of early Tinkle illustrations, and you can't go wrong with that. It's also just right for a Malgudi Schooldays cover. The colours are fun, as is the picture itself. Malgudi Schooldays, by R. K. Narayan, illustrated by Lavanya Naidu 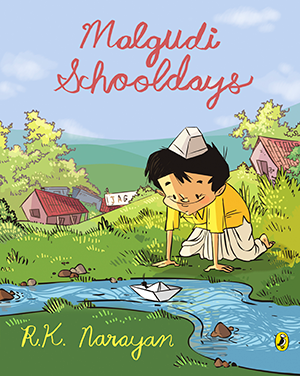 Swati Daftuar is a Features Writer for The Hindu's Sunday Magazine, Metro Plus and Literary Review supplements. She covers literature and theatre, among other things, and is thankful for this, becuase it means there are always books waiting at her desk in the morning. She recently discovered that she had a little free time, which is gone now, because she's using it to write about the kind of books she loves best, pop fiction from India. Her website is The Booklegger.

Eight extraordinary English-language novels of 2014 from around the world