Contribute Now
Ad
Daily commutes in Delhi can be gruelling at the best times. Delhi’s Metro, which connects much of the city was supposed to fix that with trains that run frequently, on time, and with air conditioned comfort.

But real life is different, as Manish Minglani, a creative controller at Ogilvy & Mather, found out. Minglani lives in Dwarka at one end of the city, but his office is in Gurgaon at another end. Vehicular traffic in and around Delhi being terrible, he decided to begin commuting by the Metro a few months ago.

“I thought the Metro would be more convenient because I would get time to think and read,” he told Scroll.in. “Suddenly in peak hours I realised that people actually take this in another way. They are not taking this luxury as a comfort for them, but are treating it in an annoying manner.”

Minglani decided that he would not take people cutting queues and refusing to give up seats for those who really needed them. The best offensive tactic of a creative person in the age of social media is to feed it with creative images and that is what he did. 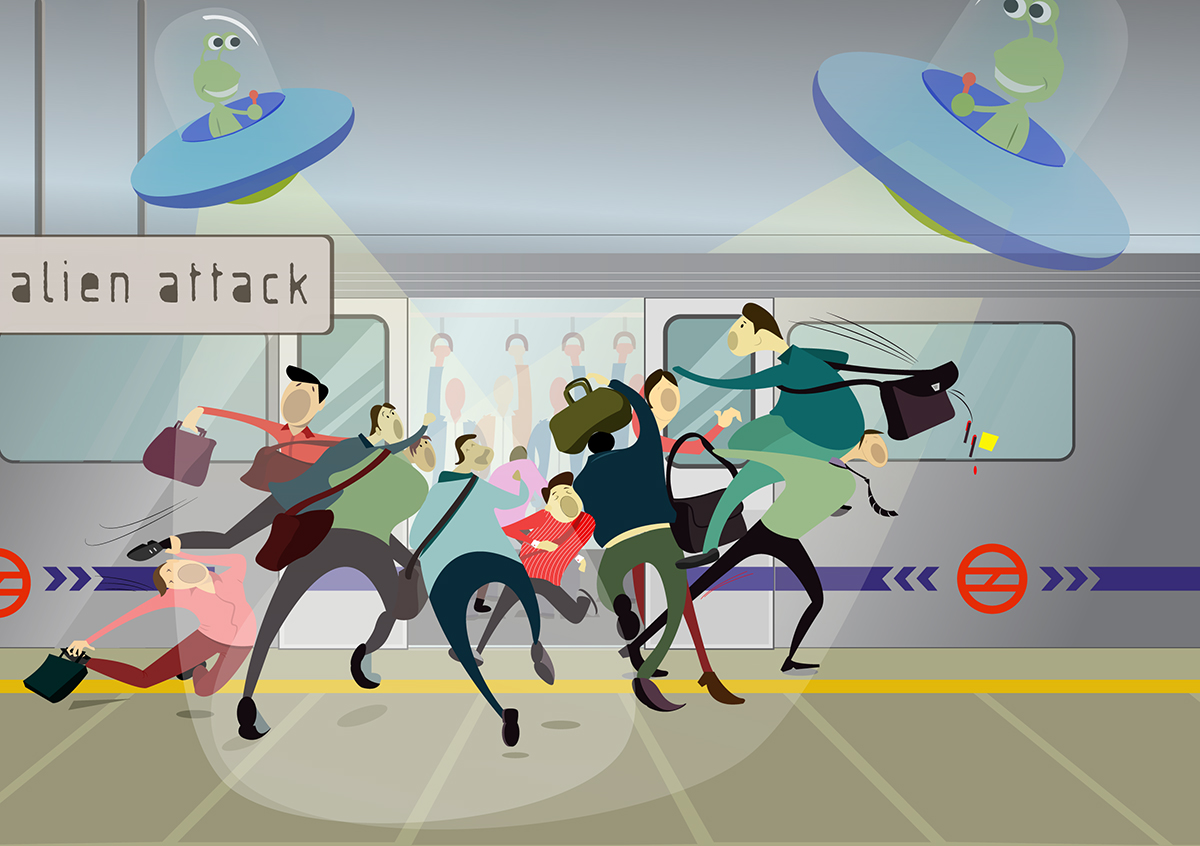 With the help of Ashwani Nagar, an art college student, Minglani conceptualised Life in a Metro, a series of 12 digital paintings that show just how inconsiderate people can be while using public transport – all with a touch of humour. Nagar drew and coloured the images and Minglani added typography and touched up the final products. The entire process took around three months.

The series might be funny, but at its core is Minglani’s earnest indignation at the misuse of the system.

“Instead of telling people not to do it, I wanted to make them ashamed of their behaviour,” he said. “You can’t say it seriously, but if you say something in light or comical way, people will connect with it.”

He makes his point through signs in each piece that replicate the design of actual Metro signs. They have cutting messages like “Loot sako to loot lo” to show how people fight for seats and “Taak jhaank” for people who seem to think it natural to rubberneck at what others might be reading on the train.

“People anyway go out of their way to ignore and disobey signs, so I thought it was best to put these messages in here,” said Minglani. “If they disobey these, I would be happy.”

Here is a selection from the album. 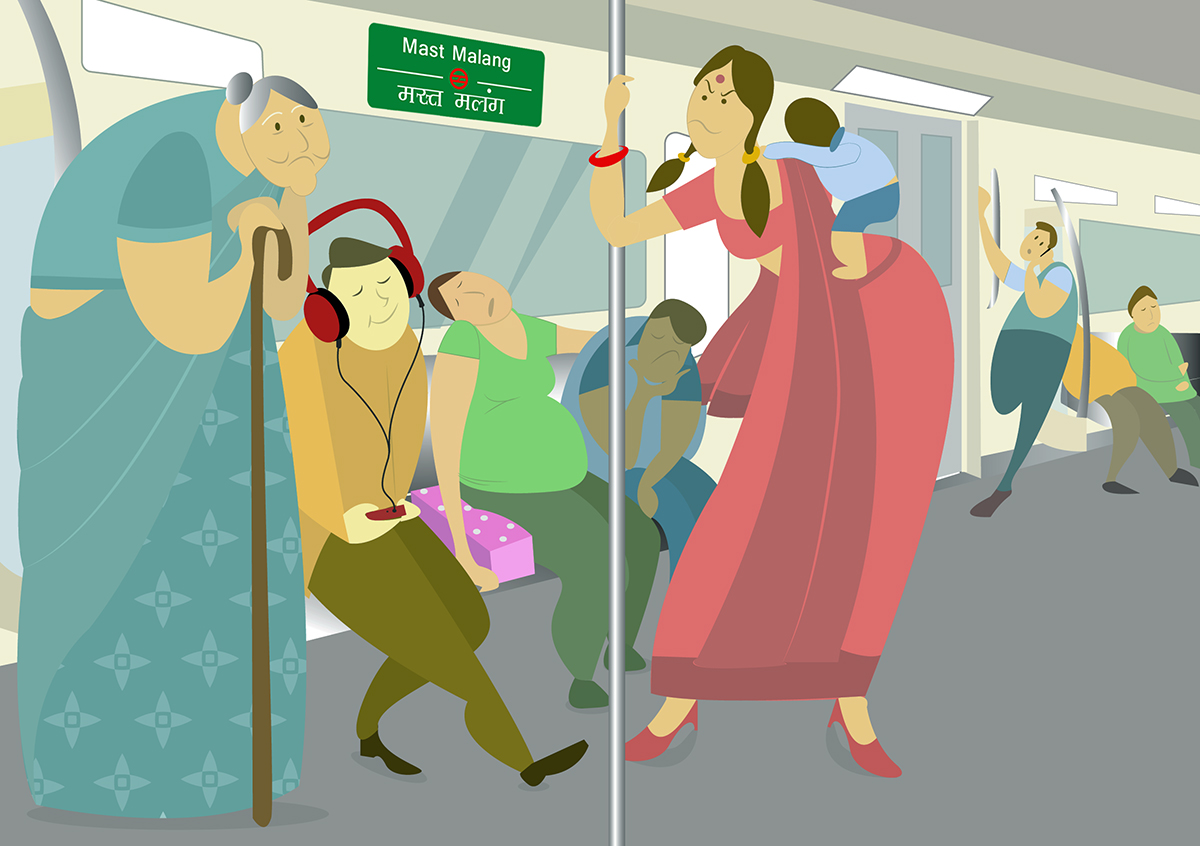 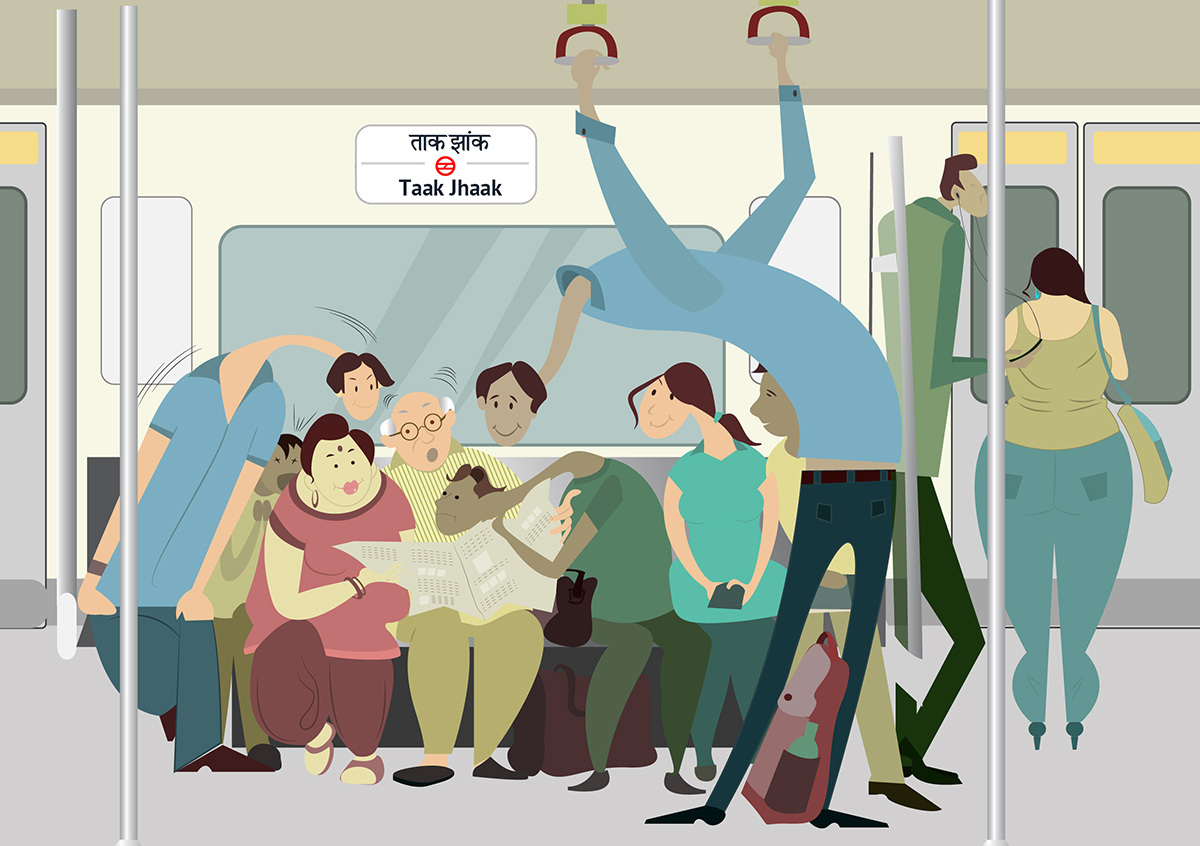 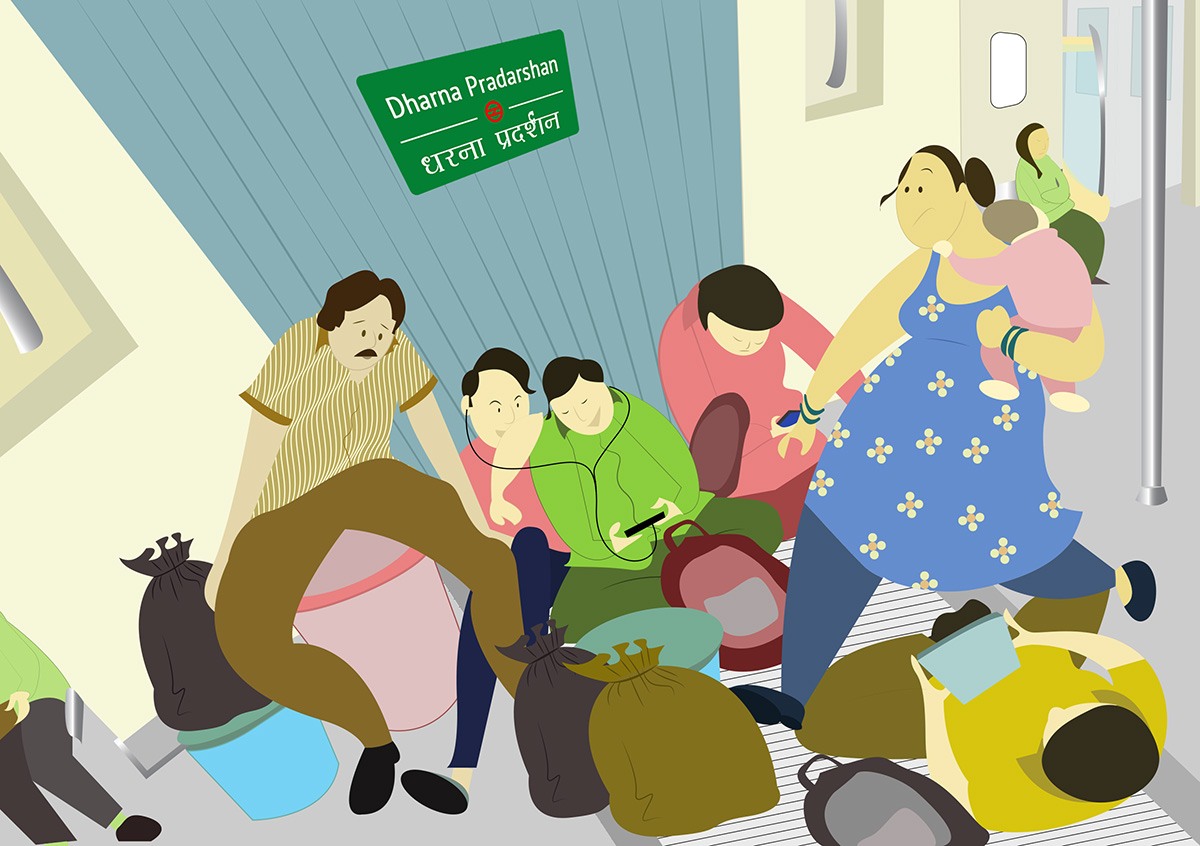 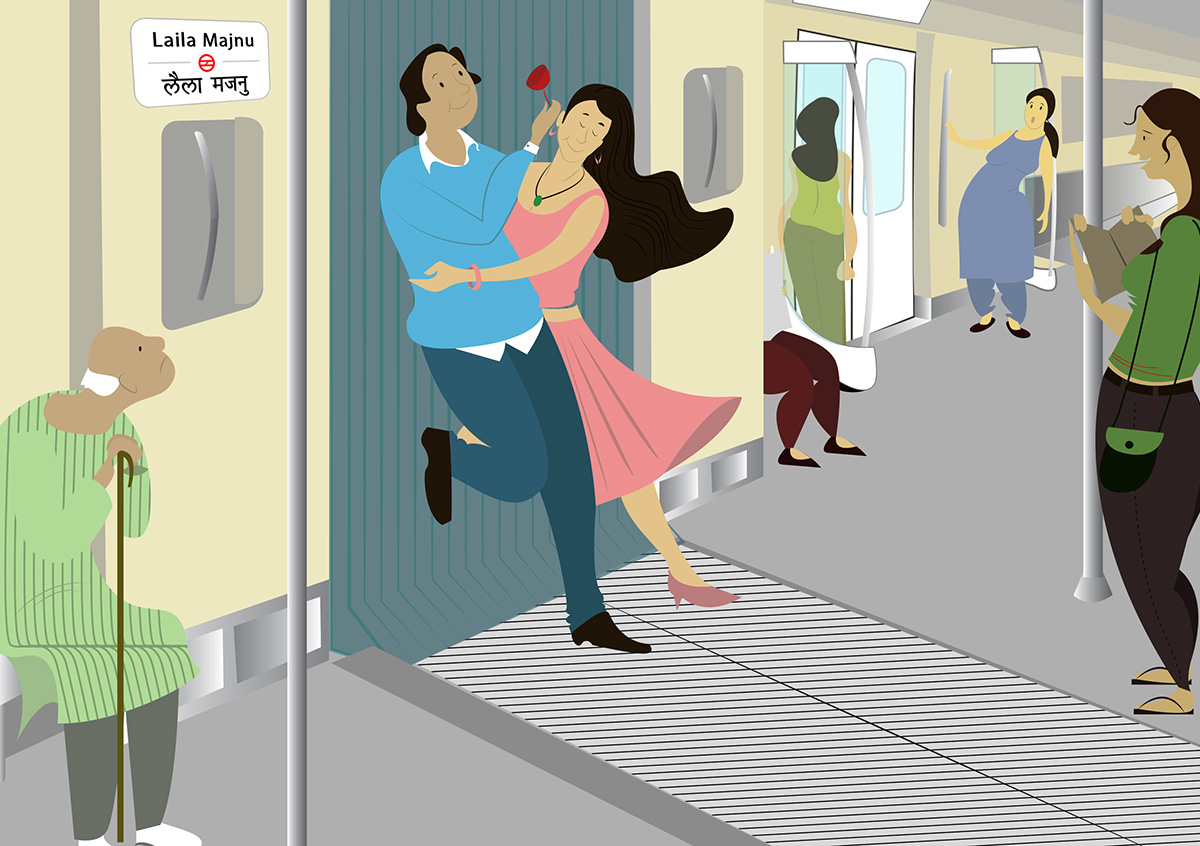 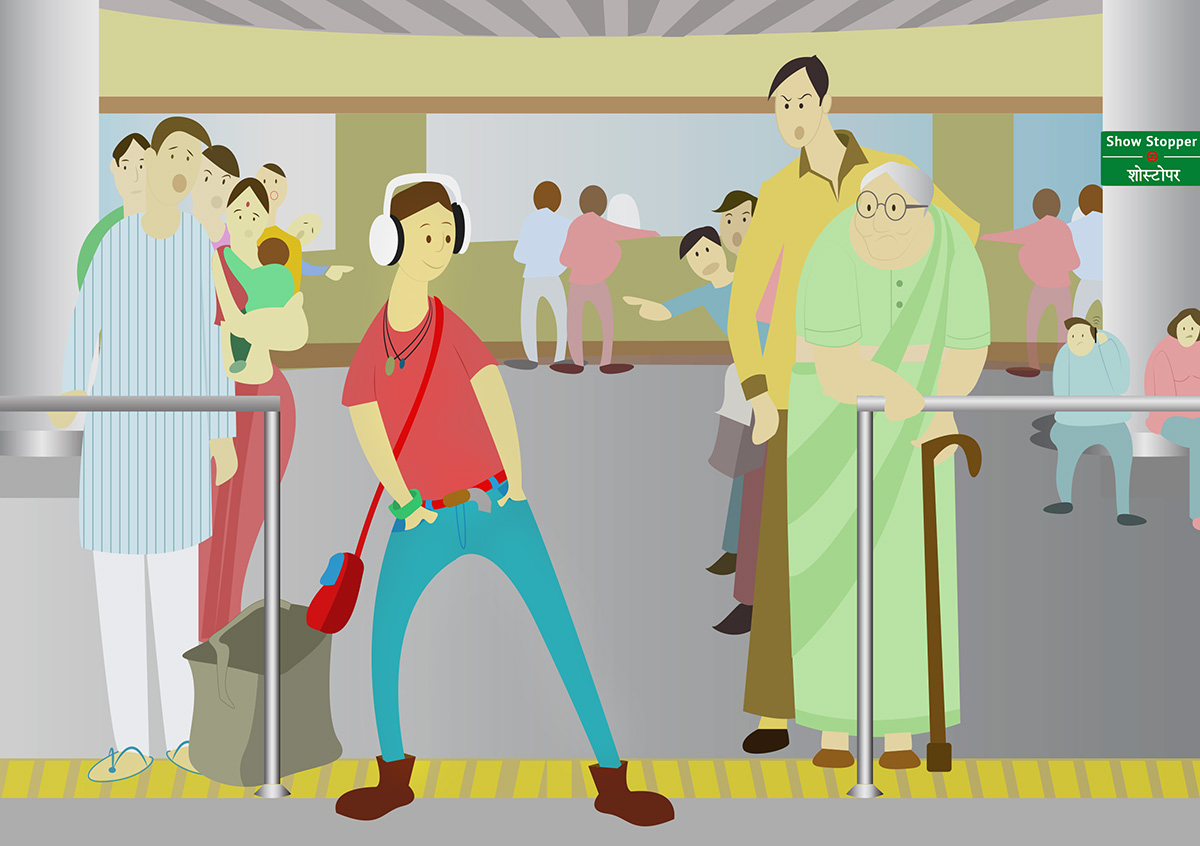 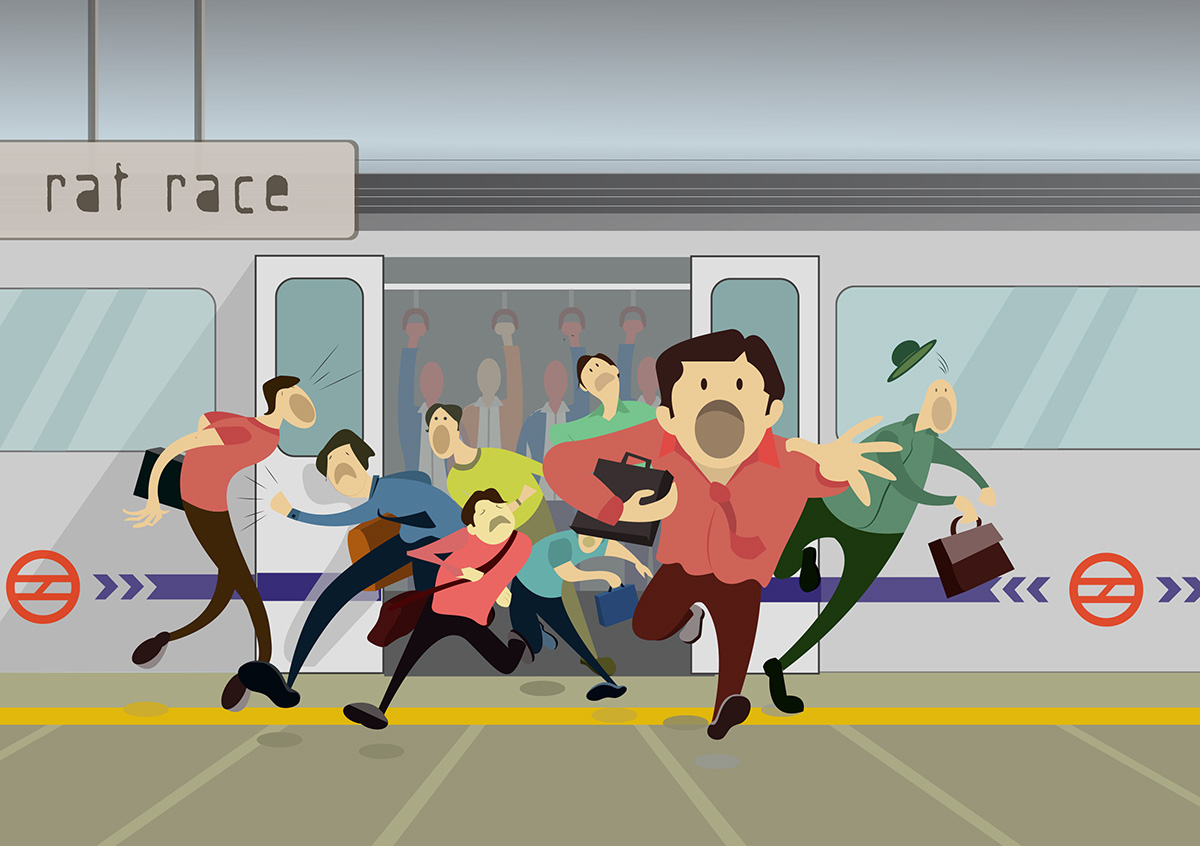