Contribute Now
Ad
Journalist P Sainath created a stir when he quit The Hindu in July to take a break. Now he is back with a new project dedicated to the subject of his journalistic passion: rural India.

On Saturday, Sainath will launch the People’s Archive of Rural India, a website that aims to be a “living journal and an archive” documenting the “everyday lives of everyday people” across the under-represented hinterlands of the country.

The archive, which Sainath set up largely with his savings, contains thousands of photographs, videos, audio essays and textual reports on rural India that will be uploaded on the site over time. Most of the photographs and videos aim to document ordinary people at work, showcasing the diverse rural occupations that often escape the urban eye.

A series of “talking albums”, for instance, tell the stories of people in specific occupations through photos and accompanying voiceover. The videos feature rural residents talking about their lives, cultures and hardships. As a rule, the reporter remains invisible in each video.

One of the more ambitious projects in the archive is the section called “Faces”, which seeks to collect portraits of at least three representative people (a man, woman and child) from each of India’s 629 districts. Some of the portraits capturing the country’s diversity are already on the site: 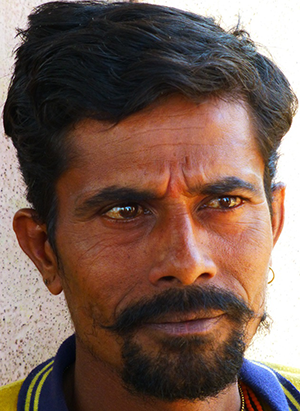 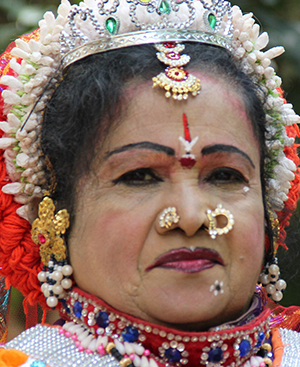 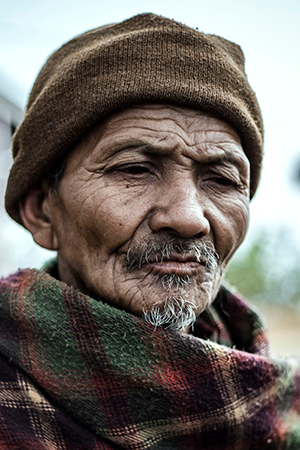 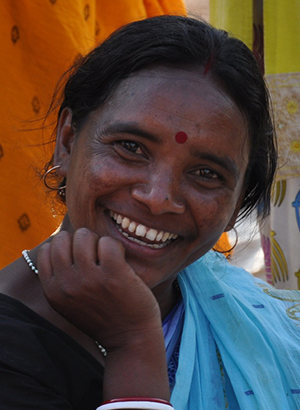 Contributors are also in the process of uploading thousands of independent and official reports about rural India, to serve as a resource for students and researchers. All the content will be freely available under Creative Commons, as long as it is not used for commercial purposes.

Three days before the archive’s launch in Chennai, Scroll.in spoke to Sainath about his new venture.

How did the idea of the archive germinate?
This is my 35th year in journalism and for the past 22 years, I have been a full-time rural reporter. Absolutely everything about rural India fascinates me – it is simply the most complex part of planet earth, with 833 million people and more than 700 languages. Besides the tremendous linguistic diversity, there is also occupational diversity. If you were to list about 100 people in rural India, you would come up with at least 300 different occupations practised between them, because people often have to do different jobs seasonally to survive. There are occupations still alive in India that do not exist anywhere else.

Rural India does two things for me – I never get bored, and every day I learn how little I know. No one really knows, for instance, how many types of weaving or pottery there are in India.

So from a very early stage I started thinking of creating a physical archive of rural India, but soon realised that it would be a ridiculous idea. Around 2011, Neville Roy Singham [founder of open-source software company Thoughtworks] suggested an online archive, which I was already thinking about. At that time, Professor Ananya Mukherjee [chair of political science at York University, Toronto] gave me fantastic ideas of how the material of such an archive could be used for teaching and learning.

We properly started working on the archive only in early 2013, with over 300 volunteers contributing their time without asking for any pay.

What is the aim of the archive?
I don’t wish to romanticise rural India. It has beauty and many things to cherish, but it is also brutal, regressive and barbaric. Among other things, we have seen more than 300,000 farmer suicides since 1995, just according to government figures. Rural India is in the midst of a very brutal transformation, and the nature of the transformation seems to be strengthening the regressive and the ugly. The Haryana khaps, for instance, are growing stronger, while things that are worth preserving, like traditional knowledge of cultivation or crafts, are being wiped out.

One-third of India that is urban is fast losing connection with the remaining two-thirds. The media, too, does not write about it – there has been no full-time reporter on rural India besides me. So one aim of the archive is to address this gap in journalism. It is both a living journal and an archive.

Archives are typically owned by states and have been used to suppress, hide or censor information. We have specifically called ours a people’s archive – it is not private or corporate property and we hope for crowd funding. We want people to see the site and decide whether they want to contribute or not.

Who has contributed to the archive’s content so far?
We are a voluntary idealism-driven site, and the journalists, tech experts and even accountants who worked on it have worked on the archive without seeking money. Around 20 journalists have travelled around the country for this on their own money. They have their own jobs to do, but they took this up as an avocation. It also tells you how much the space for good journalism has shrunk in corporate media.

Technically, anybody can contribute to the archive as long as it is quality work. But the site is heavily curated, because we are not Wikipedia. Our only mandate is to cover the everyday lives of everyday people.

The archive intends to serve as a repository of reports on rural India, and many of the articles already on the website are older reports previously published in mainstream newspapers. This story, which first appeared on P Sainath’s personal website in June, is an endearing tale of a one-teacher school in the heart of Kerala’s tribal district where students are passionate about English:

“English” said the children in the class. We had just asked what their favourite subject was. Not the smartest question to pose in an Indian classroom. If the first two kids say “English,” then every tyke in the room will likely say the same. When you see the first two victims give an answer without being punished for it, you know this is the way to go.

But this isn’t just any place. It’s the single-teacher Integrated Tribal Development Project school in Edalippara. It’s located in Kerala’s remotest and only tribal panchayat, Edamalakudi. And nowhere outside the school can you hear English spoken. It’s hard to find any boards, posters or even signage carrying that language. Yet it was, the children said, their favourite subject. Like many other schools, this one in Idukki district runs Classes 1-4 combined in a single room. Headed by a truly wonderful teacher, severely underpaid, heavily overworked, battling impossible conditions, but dedicated to her flock. 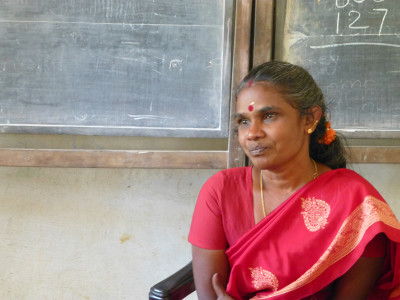 And there is a dissenter. “Maths,” said one brave little fellow, standing up. Show us your math, we demanded, placing him on the burning deck. He did, puffing up his tiny chest and racing through tables 1-12 without a pause for breath or applause. I think he was into a second round when we had to put a lid on him.

We turned to the separate bench near teacher with five young girls, obviously the intellectual elite of the class. Their special seating arrangement suggested as much. The oldest might have been 11. The rest were nine years old or less. The boy had put his math where his mouth is, we pointed out. Now it was their turn to deliver on the claim of English being their favourite subject. Let’s listen to some English, then, girls. 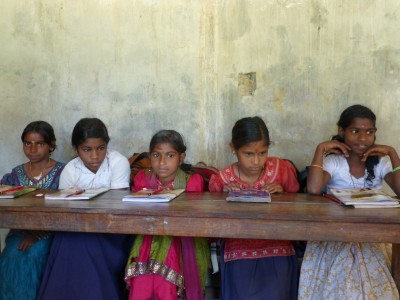 They were a bit shy, as anyone might be finding their classroom invaded by eight unknown and strange-looking men. Then teacher S. Vijaylaxmi said: “Sing them a song, girls.” And they did. We all know that adivasis can sing. And these five Muthavan girls sang beautifully. Perfectly in tune. Not a syllable out of sync. They were still shy. Little Vaidehi kept her head low and looked at her table rather than at her audience. But they were terrific. The lyrics, however, were off the wall.

It was an ode to a potato.

They do grow yam somewhere in the Idukki hills. But I’m not sure the potato is grown anywhere within a hundred kilometres of Edalippara.

Anyway – and you can listen to it yourself – the song went:

It was so nicely sung, exalting a humble tuber we weren’t sure they’d ever consumed. (Maybe we were wrong. A couple of villages near Munnar are said to have begun potato cultivation. They would be about 50 km away). But the lyric stayed with us. Weeks later, most of us still hum the song. Not because we’re lovers of the super spud – which all eight of us, I think, are – but because they just mesmerised us with that crazy, but seriously-delivered lyric. And with that utterly charming performance.

But back to the classroom. After much applause and persuading them to repeat the song for the video cameras, we turned on the boys. They’d been outclassed, we insinuated. Could they match that performance? They rose to the challenge. Theirs was more a recital than a singing. And while very good, they were no match for the girls in delivery. But their words were far more bizarre.

This was a Prayer to a Doctor. A kind that could only be written, recited or sung in India. I’m not going to spoil you by telling you all the words – nor fix on their doctor video onto this post. That would be too much of a good thing. And this piece is for the Fab Five: Anshila Devi, Uma Devi, Kalpana, Vaidehi and Jasmine. However, I can reveal that the Prayer to A Doctor had classic India-only lines like “My stomach is paining doctor. I need an operation, doctor. Operation, Operation, Operation.”

But that’s another song. And that video will have to wait for another day.

For now, peel your potato song.