Contribute Subscribe
A year after Hindutva activists attacked students of the Film and Television Institute of India in Pune during a screening of Anand Patwardhan’s film Jai Bhim Comrade, the documentary filmmaker’s work is being targeted in Pune again.

On Friday afternoon, the ILS Law College in Pune cancelled a screening of Patwardhan’s National Award-winning 1991 documentary Ram Ke Naam, which was scheduled on December 27 as part of a four-day college festival called Legal Ease.

Patwardhan claims the students organising the screening first cited threats they had received as the reason for the cancellation, but the organisers later denied this.

The screening of Ram Ke Naam, a documentary about the Vishwa Hindu Parishad’s campaign to demolish the Babri Masjid in Ayodhya, was planned at the Pune law college at least a month ago, and the organisers had invited Patwardhan to speak with students as part of the event. Posters about the film screening were put up around the college. 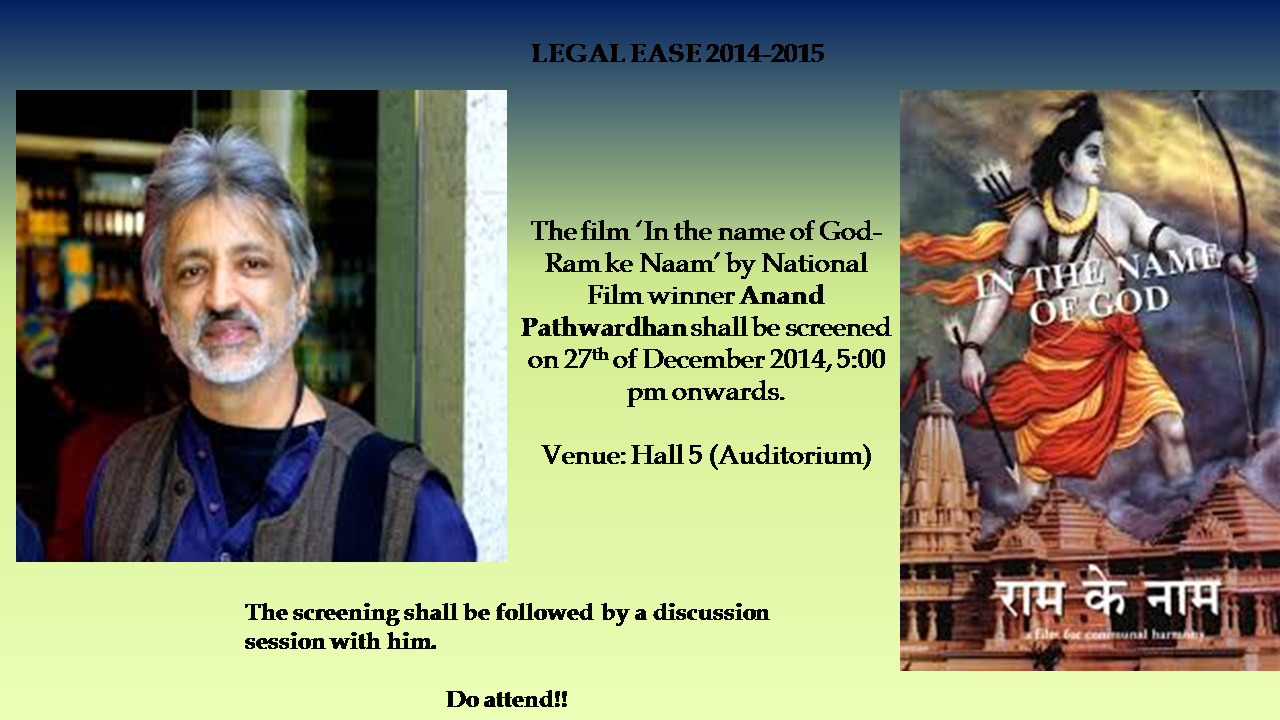 However, the screening was cancelled the day before it was scheduled.

“In the afternoon, one student called to say that they were receiving threats and had to call off the movie screening, but did not say where the threats were coming from,” said Patwardhan, who had already bought his tickets to travel to Pune for the event. “Some time later, the story changed  – the second student who called said that the screening did not fit into their schedule.”

A student on the organising team of the festival stated that it was the college faculty members who called off the film screening. “They said that the time slot we had planned would not have been enough for any film to be screened,” said the student who did not wish to be named. “We want to clarify that no threats were received – it was actually a miscommunication and an organisational error on our part.”

Patwardhan, however, claims that the students who spoke to him refused to divulge the names of the faculty members who called off the screening.

“One cannot blame the students – they were very keen to have the screening but they too are probably under threat,” said Patwardhan.

In the national interest

The subject of communal polarisation may be sensitive, but Ram Ke Naam is a 24-year-old film that has been screened around India on innumerable occasions and was also shown on Doordarshan after a Bombay High Court ruling that the film was in the national interest.

“If the organisers felt threatened, they could have called the police to protect us, but they had no business cancelling the screening,” said the filmmaker.

In August 2013, Patwardhan’s film Jai Bhim Comrade and one of its subjects – Dalit protest music group Kabir Kala Manch – had sparked the wrath of the Akhil Bharatiya Vidyarthi Parishad. Activists from the ABVP attacked students of the FTII in Pune for inviting members of the Kabir Kala Manch to participate in a discussion with the audience after the film was screened.