Contribute Now
Ad
On December 26, 2004, a massive earthquake struck off the coast of Sumatra, Indonesia. This earthquake triggered the most destructive series of tsunamis ever recorded. The tsunamis lashed out across the Indian Ocean, striking as far as the eastern coast of Africa.

Across the 14 countries affected, 227,898 people lost their lives, and many more were left homeless. The economic cost was estimated at nearly $10 billion in damages and losses.

The combination of the catastrophic scale of the disaster, the time of year, the rapid spread of video footage, and perhaps that Western tourists were involved, turned this disaster into an instant major news story worldwide. The public were gripped by the unfolding drama in the disaster-affected areas, of stories of individual loss, heroic rescues and astonishing survival against the odds.

This attention sparked fundraising on a global scale, and more than $13 billion was raised from governments and public donations. In addition, the affected countries were swamped by hundreds of international humanitarian aid agencies, media crews, military forces, as well as individual do-gooders and disaster tourists.

One might have reasonably assumed that a deluge of aid would be a good thing. However, especially in the early stages, the co-ordination of aid was muddled and patchy – and the consequences of this were serious.

In some areas there was little aid at all, while other places suffered from wasteful duplication of resources. Aid did not always get to those who needed it most, and what was delivered was not always what was needed or wanted.

One unsavoury aspect was the competitive nature of aid. Agencies frequently jostled each other as they sought to establish exclusive control of areas to work in, partly motivated by competition for donor funding. This meant that aid programmes were often informed less by what the disaster survivors really needed, and more by the agendas of the aid donors.

Another issue was the competence of the aid workers and agencies, who ran the gamut from the uninitiated and untrained to highly skilled career professionals.

But only months after the tsunami hit did the full potential harm of the aid effort really begin to come to light.

In some areas, people in the affected areas reported that aid had worsened social tensions between different ethnic groups. They complained about the lack of community engagement by the aid agencies, which led to misunderstandings and grievances. There was a perceived lack of transparency, and the communities’ expectations were not always met.

Worryingly, it was reported that the international response greatly undermined local ownership of the disaster response and recovery, and many communities felt that the aid agencies were not accountable to them.

You might think lessons this stark would be readily and eagerly learned – but then on November 8, 2013, a category five super-typhoon named Typhoon Haiyan wreaked death and destruction in the Philippines.

More than 5,600 people died, 1,759 were missing, and nearly 4m were left displaced and homeless. Many were killed by flying debris and collapsing buildings, or drowned in the storm surge that hit coastal areas.

There are striking similarities between the Indian Ocean tsunami and Typhoon Haiyan. As the tsunami disaster did before it, Haiyan captured the world’s attention, and once again, hundreds of aid agencies flocked to the Philippines – bringing many of the same problems with them.

Once again, both skilled professionals and unskilled volunteers flooded the disaster zone. Competition between the aid agencies for donor funding and areas to work in recurred, as well as the problems with trying to co-ordinate the circus of hundreds of different aid agencies and military forces.

Some myths also prevailed. Contrary to what is usually shown in the media, the immediate response to Haiyan, as to the tsunami, was not international but local. It takes time to mobilise emergency responders and resources from abroad, and only aid agencies already operating in the country before the disaster with ready supplies could act in the immediate aftermath. 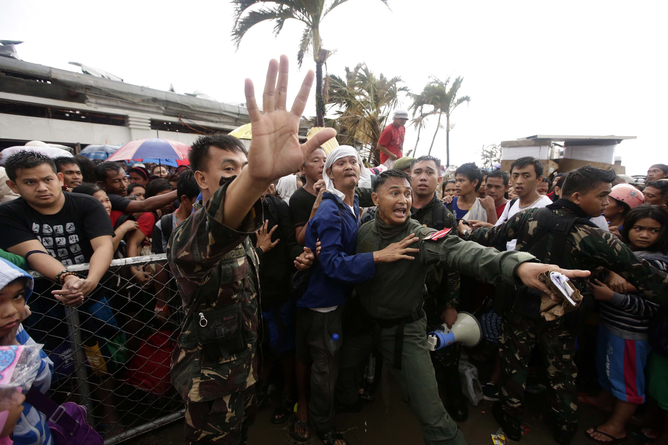 There was also the misguided belief that in such disasters there is a need for advance trauma teams and field hospitals. While there may have been an initial need for trauma care for injuries sustained during the typhoon, this need rapidly dissipated; the dead were dead, and most of the living suffered little if any traumatic injuries.

The population’s health needs reverted back within a matter of days to the pre-disaster state, where chronic diseases and minor ailments such as headaches, coughs and colds were more common. Primary healthcare, not costly advance surgical teams, was what was needed afterwards.

There was also an entrenched and erroneous belief of the need to rapidly burn or bury corpses, often in mass graves, for “public health reasons”. But in the absence of a rapidly spreading disease, getting rid of bodies in haste is largely unnecessary. And in the Philippines, as in the tsunami-hit countries in 2004, it meant they were never identified – leaving many survivors with the lifelong anguish of not knowing for certain what became of their loved ones.

But the Haiyan response did show there have been at least some positive changes over the past decade.

Although co-ordination problems plagued both disasters, in the Philippines there appeared to have been greater attempts by aid agencies to co-ordinate their actions. There was also greater use of technology such as satellite imagery, geographic information systems, mobile phones, as well as web-based tools to help share information.

Aid agencies also started to consider early ways of building back the affected communities to be stronger – erecting more storm-proof shelters, teaching better building methods. Initiatives to help restore the livelihoods of affected communities were also introduced earlier, such as microfinance schemes and other employment projects.

Humanitarian aid delivered in the wrong way can and does cause harm. It also has wider impacts on affected communities that are not always appreciated. But many of these issues are not new issues, and have been reported previously in other disasters in other places. Something is badly wrong if efforts to deliver aid today are still causing many of the same problems.

To make humanitarian aid better, the aid sector has to learn from past disasters. Sadly, the knowledge base that informs effective disaster response is scant and patchy, and is based too heavily on high income country settings, even though most natural disasters tend to affect poorer nations.

That said, study in this field is increasing, thanks in no small part to the internet. Unless aid agencies learn the lessons of the past, they will continue to repeat the same mistakes in the future. While the usual models of humanitarian aid are still imperfect, there is still no better alternative.