Become a Member
Ad
A severe scarcity of urea in Haryana has pushed the state into the grip of fertiliser riots, spreading panic among farmers and forcing the administration to distribute urea through police stations. At some places the shortage has led to violence, and at others massive demonstrations.

“The yield of wheat will get severely affected if sufficient urea is not applied to the crop in the next five to seven days,” said Laxman Shekhawat, a farmer in Nanuana village of Haryana’s Sirsa district. “The Prime Minister [Narendra Modi] had made tall promises to farmers before the Assembly elections, but it seems he is interested only in pleasing (Barack) Obama and a handful of industrialists. We never experienced this kind of crisis during the 10 years of the previous [Bhupinder Hooda] government.”

The Haryana Congress apportions blame to the Union government, which, it says, has failed to meet the state’s urea quota. Urea, a key input for enhancing agricultural production, is integral for the cultivation of high-yield wheat. In Haryana, the wheat crop is sown in October and early November. Between mid-November and mid-January, farmers need urea in large quantities to irrigate the fields. 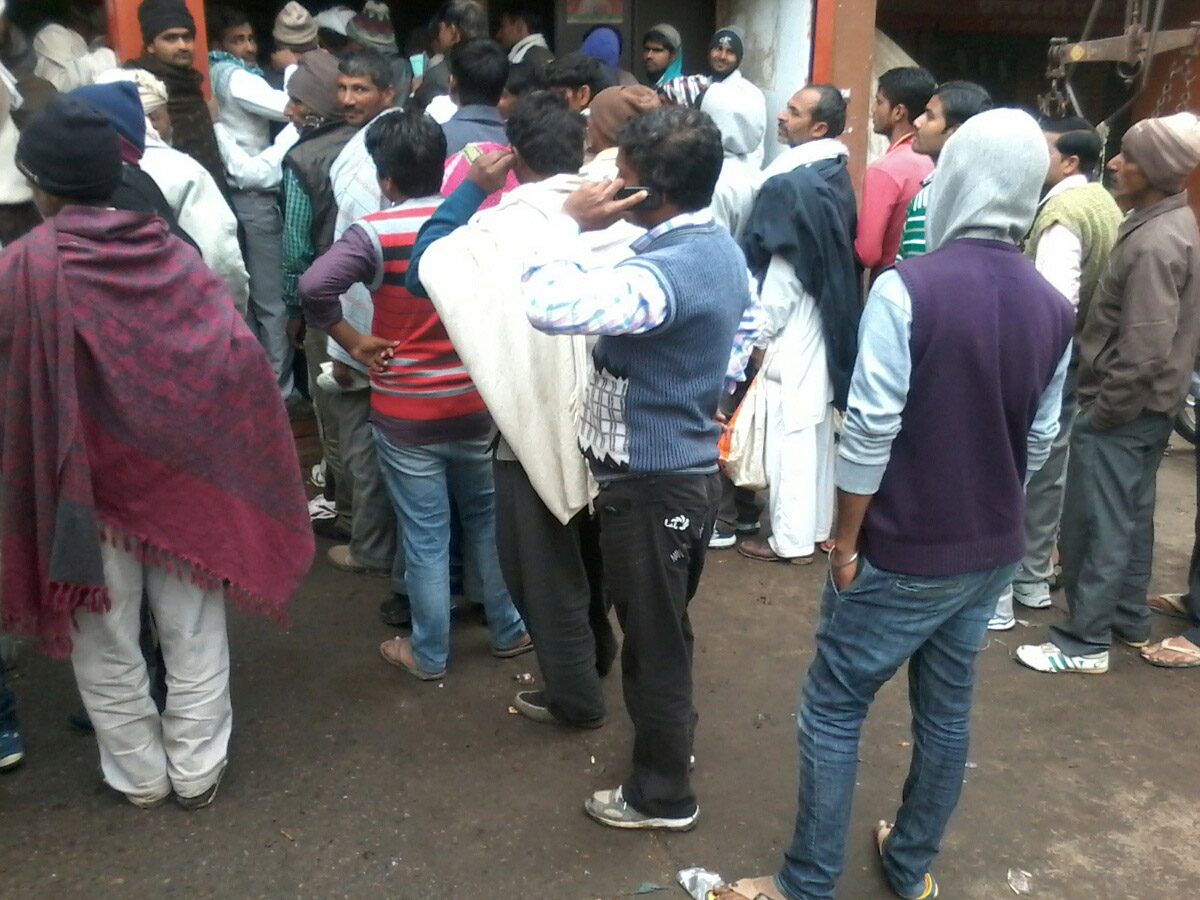 Farmers queue up to get urea

Haryana’s farmers first noticed the scarcity of urea around the end of November, about a month after a Bharatiya Janata Party government led by Chief Minister Manohar Lal Khattar took the reins in the state.

By mid-December, the shortfall started causing panic. On December 16, farmers staged protests around the state over non-availability of urea in state-run shops. At Narwana railway station in Jind district, a throng of farmers blockaded train services on the Delhi-Ludhiana route for three hours, while at Kalayat in Kaithal district, farmers expressed their ire by blocking the Chandigarh-Hissar national highway.

Nearly a week later, Sonepat and Ambala became the flashpoints. On December 22, farmers blockaded many roads in Gohana in Sonepat district. They lifted the obstructions only after the local administration promised to supply them the required urea within 24 hours. The same day, hundreds of farmers gathered at the local grain market in Ambala when they learnt that urea was being distributed at a private fertiliser outlet there. Only with great effort could the police control the mob.

As the scarcity of urea has persisted, farmers have grown more desperate. There have been sporadic incidents of looting of fertiliser, forcing the Haryana government to deploy police at fertiliser distribution centres. In some areas, it has turned police stations into urea distribution centres to keep mobs of farmers away.

Yet, the shortage has been so acute that, despite government measures, fertiliser riots have not subsided. On January 10, hundreds of farmers rioted and attacked policemen when the distribution of urea at the police post in a grain market in Hansi in Hissar district was stopped for a while. Later, when more than 300 farmers were booked for the incident, another group of angry mob blocked the Hissar-Delhi national highway, demanding immediate release of urea.

“I have been running a fertiliser shop for almost 20 years, but never have I seen such an agrarian crisis,” said Deen Dayal, a wholesale dealer of fertilisers in Tavru block in Haryana’s Mewat district.

Laxman Shekhawat, a farmer in Nanuana village in Sirsa district, observed that farmers have been incensed further by the government’s insensitivity. “Instead of taking concrete steps to improve the situation, the chief minister and his colleagues have been issuing statements that there is no shortage of urea and that the crisis has emerged because farmers resorted to overbuying fertiliser,” Shekhawat said. “Blaming farmers for the shortage is a cruel joke.”

Indeed, the dispensation has been busy playing the blame game. For long after the crisis became apparent, Khattar and his Agriculture Minister Om Prakash Dhankar denied reports of urea shortage. About a month ago, Congress legislative party leader Kiran Choudhry wrote to the chief minister, expressing concern over reports that truckloads of fertiliser was being smuggled to neighbouring states from Haryana, where urea is relatively cheap as it is sold without Value Added Tax.

“Immediately thereafter, the state government and the BJP leaders have started blaming the previous Hooda government for failing to make advance arrangement of the fertiliser,” said Congress spokesperson R S Mann. “The truth, however, is different.”

Not just Haryana, some reports say, urea shortage has hit many parts of the country. Its domestic production has been weakened lately because of the Centre’s decision to withdraw subsidy for naphtha-based urea production, resulting in the closure of some plants.