Jan 27, 2015 · 10:30 pm
Elizabeth Tasker, The Conversation
At the winter meeting of the American Astronomical Society earlier this month, the NASA Kepler Space Telescope team announced its 1,000th discovery of a planet outside our solar system. This brings the total number of confirmed exoplanets to 1,795, with a staggering additional 4,000 possibilities also located by Kepler. Twenty years ago we had no proof our planetary system was not unique in the universe. Kepler taught us we are one of thousands.

Yet the Kepler telescope is limping. Since 2013, it has not been able to point with sufficient accuracy to planet hunt in its original field, which caused a temporary halt to data collection. Although a fresh “K2” mission is underway to utilise Kepler’s substantial remaining capabilities, eyes are turning to the next big planet finding mission.

That mission is TESS: the Transiting Exoplanet Survey Satellite. Selected by NASA to launch in 2017 for a two year mission, TESS’s targets are the smaller planets in our own neighbourhood.

Like Kepler, TESS will look for planets that cross in front of their star. This planetary passage is known as a “transit” and it blocks part of the star’s light, creating a dip in its brightness that TESS can detect.

However, while Kepler focused on a small region of space, TESS will be searching the whole sky for planets around bright nearby stars. These discoveries will mark our best candidates for a detailed follow-up to pin down the planet mass and begin to explore their atmospheres.

TESS is expected to find more than 1,000 planets smaller than Neptune, including hundreds of super-Earths and dozens with sizes comparable to our home planet. Such a range is particularly exciting, since very little is known about the super-Earth planets.

With no analogue in our solar system, it is hard to guess if we are seeing a gaseous planet like Neptune or a rocky world that might potentially support life. This has been extremely vexing, as results from Kepler have suggested super-Earths could be the most abundant class of planet. Location of these worlds by TESS for future atmospheric studies may finally reveal these mysterious globes. 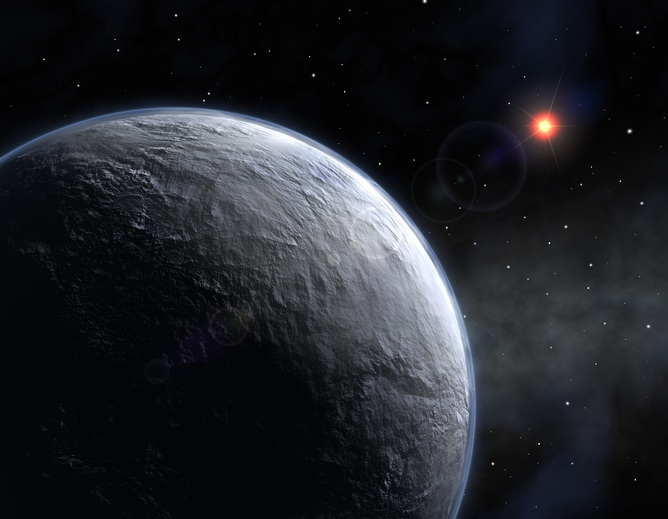 Is there anybody out there? ESO

With a goal to pick out the smaller worlds all over the sky within two years, TESS needs to focus on planets with short orbits of only a few weeks. This sounds brief compared to our 52-week year, but the most popular orbit duration for the planets found by Kepler lasts a mere 10 days.

To avoid uncovering only hot, barren worlds on these orbits, TESS will concentrate on the M-dwarf stars that are the dimmer cousins to the sun. Not only are these the most numerous stars in our neighbourhood, but their cooler temperatures allow potentially habitable planets to exist much closer to the star.

With a launch just two years away, TESS scientists are far from idle. One of the current tasks is to create an extensive catalogue of 200,000 stars for TESS to search. The aim is to primarily select M-dwarfs as well as other types of dwarf stars, but this is not a trivial task. Since M-dwarf stars are relatively dim, there is a risk of confusing a more distant giant star with a neighbourhood M-dwarf. It is a task that Nathan De Lee at Northern Kentucky University and the TESS Target Selection Working Group has been examining.

“Giants are not good planet host targets for TESS,” De Lee told me. “But by measuring their motion we can distinguish distant giants from a nearby star and remove them from the catalogue.”

In the same way that cars close to you appear to move much faster than those near the horizon, the speed stars move across the sky depends on their distance from the Earth. By using catalogues that compare old photographic plates with the current sky, De Lee can determine if the star is a fast-moving close M-dwarf or a slow-moving distant giant, even if the two are equally bright.

With so many star targets, the TESS team has no intention of keeping the data to itself. Declared the “People’s Telescope”, TESS will begin releasing data six months after its launch and offer new results every four months. It is a plan that will allow us to find out who our neighbours really are.