Contribute Subscribe
For four days in January, it could be argued that London is the centre of the global market for contemporary art, thanks to the London Art Fair, open from January 21 to 25. But this wasn’t always so. Such “fairs” (temporary commercial showcases of art) are a relatively recent addition to the infrastructure of agencies and institutions that direct the art market.

The origins of the art world as we know it lie in the 19th century. It was then that the modern system of producing, valuing and distributing art began. Prior to this the art world was dictated by a hierarchical academic structure that both trained artists and exhibited and sold their work. Think of the staid portrayal of the Royal Academy in Mike Lee’s Mr Turner, for example.

But over the course of the 19th century expanding demand and socio-political developments led to the erosion of this rule-bound system. Paris was the epicentre of these changes. It was gradually supplemented and eventually largely replaced by the “dealer-critic” system, a competitive, relatively free art market in which commercial galleries played a central role and artists' reputations were established through the expanding specialist press.

The careers of the modern French school of Degas, Manet and their Impressionist colleagues from the 1860s onwards were driven by this structural change. The dynamism of the Parisian art scene which accompanied it was an influence on similar developments that subsequently took place in other European art centres including Munich, Berlin, Vienna, Brussels and London. 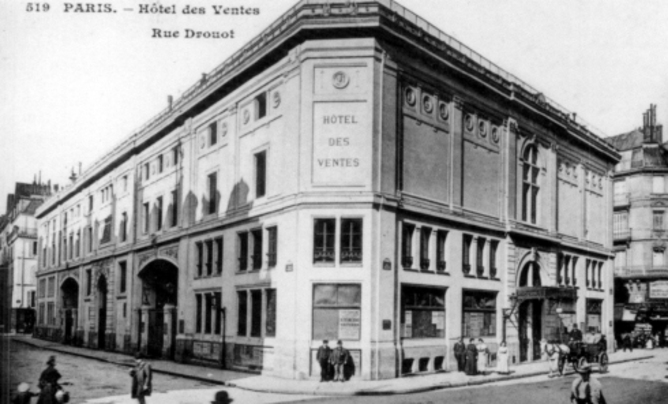 Until World War II, Paris remained the leading centre of innovative art in the Western world. This position was sustained by the network of art dealers, critics and engaged collectors based there. During the 1920s, the Paris market experienced a boom, during which the prices of contemporary work sold at auction dramatically increased. At auctions, the normally discreet price setting was made publicly visible. So for artists, dealers, and collectors, auctions could be useful (or dangerous) in terms of establishing benchmark valuations for work.

The economic slump of the 1930s, triggered by the Wall Street crash, hit the art market badly. Despite this, Paris sustained its position, reinforced by events in Germany after 1933, which led to the suppression of the modernist art scene in Berlin and elsewhere, and the emigration of key artists, critics and dealers, several of them to Paris itself.

The war dramatically altered this situation. After 1945, fuelled by its wealth, the ambition of its elites and the stimulus to its art scene provided during the conflict by European emigrés, New York developed as Paris’s rival and eventual successor as the production and commercial centre of modern art.

But the “Parisian” model, based on dealers who were prepared to invest in “difficult” modern art and who combined aesthetic sensibility with hard-nosed business sense, remained influential. The most prominent New York dealer of the period, Leo Castelli, embodied this continuity, having begun his career in pre-war Paris. 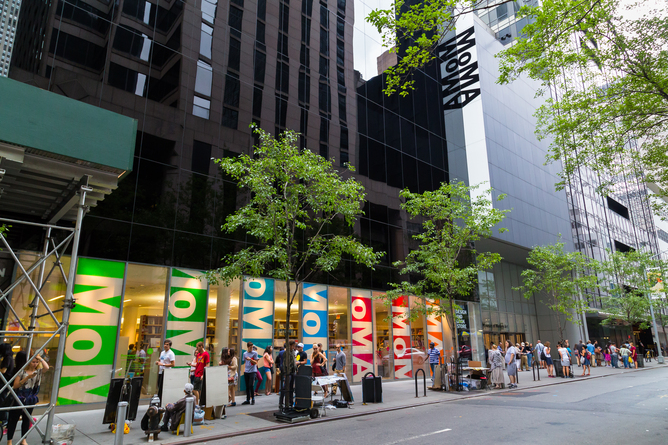 The postwar decades also saw an important development in the structure of the market, as museums began to play a major role in the “consecration” of artists. They secured artists' reputations – and their market value. In Paris, the dynamism of the market had outstripped both the material and intellectual resources of museums, but in the US, galleries emerged due to private patronage and in some instances – the Museum of Modern Art in New York is a famous and influential example – they played an important role in shaping public reception of contemporary art movements.

Dealers like Castelli realised how important the placing of work in a museum collection could be in an artist’s career. He sought out collectors who were prepared to hold on to work and in due course donate it to a museum. This had the double effect of guaranteeing the work’s quality and taking it out of the market circuit, thereby increasing the rarity of other pieces by the artist that remained for sale.

Over the past 40 years, New York has lost its unique position in the contemporary art market (although it continues to be extremely important). European cities, including London, have re-established themselves as centres for both the production and diffusion of art, while new ones in the Far and Middle East, such as Shanghai, Hong Kong and Dubai, have begun to emerge.

The art market has always had an international dimension, but this has intensified recently, along with the escalating prices of work by the “stars” of modern art, amplified by the increasing role played by auction houses, notably Sothebys and Christies, in the contemporary field.

Art Fairs like Frieze and Art Basel (the first of the genre, founded in 1970, which now has branches in Miami Beach and Hong Kong) and yes, the London Art Fair, have contributed to the high profile that contemporary art, and its monetary value, currently enjoys. These developments have, perhaps, resulted in a degree of trivialisation and fashion-like emphasis on novelty for its own sake. But that’s a debate for another day.

Up for a fight: How social media is enabling indie wrestling to break WWE’s monopoly on the business