Contribute Now
Ad
For the past two weeks, people in Delhi have been waking up to rather startling series of advertisements from the Bharatiya Janata Party. Last week, for instance, there were personal attacks on the Aam Aadmi Party leader Arvind Kejriwal. But on Friday, the front pages of more than nine major newspapers in the national capital were plastered with full page ads featuring Prime Minister Narendra Modi asking for votes in Saturday's Delhi elections.

The BJP's ads covered the complete front jacket of newspapers ranging from the largest newspaper (by circulation) Times of India to Hindi daily Punjab Kesri. Not only the front page, many newspapers arrived plastered with a quarter-page letter from the Prime Minister promising a “world class Delhi”.

Scroll used releasemyad.com, an online portal that allows users to book ads in over 40 publications, to estimate how much the BJP would have spent on the front page ads in nine major dailies. The ad also appeared in The Pioneer but the data for the publication wasn't available. 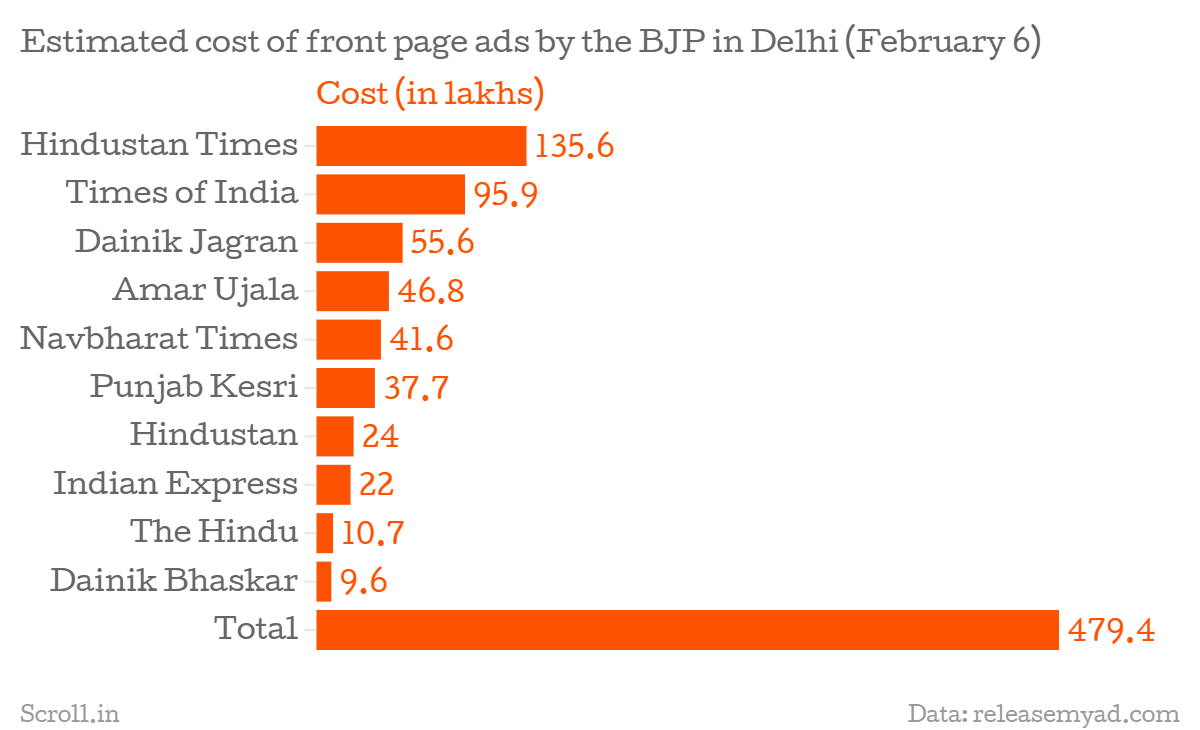 As visible from the chart above, a front page ads in the above mentioned newspapers would have cost more than Rs four crore and 79 lakh. Here’s a sample break up.

The daily has a circulation of more than nine lakh copies in the capital and a front page full page ad would cost around Rs one crore and 35 lakhs.

The cost for a full-page notice in the Delhi edition is around Rs 96 lakhs.

The ad also appeared on the front page of Amar Ujala and would have cost over Rs 46 lakhs.

The Times of India group’s Hindi daily also carried the advertisement in its Delhi edition. The site puts the estimated cost at over Rs 41.59 lakhs.