Over 400 people showed up to Hyderabad’s third annual Queer Pride march on Sunday.  Participants who identified as gay, lesbian, transgender or hijra – among others – took to the streets to draw attention to what they called the violent rejection of alternative sexualities in Indian society.

The parade was the first major LGBTQ demonstration in Hyderabad after the formation of Telangana, and local traditions that included queer identities were on display – like trays of flowers evoking the Bonalu festival, in which hijras traditionally summon the goddess. “We want to demonstrate that our identities are not imported from the West,” said Vyjayanti Mogli, a member of the Hyderabad Queer Swabhinama Pride collective, an umbrella group of the city’s various LGBTQ groups that organised this event.

Participants dressed in outfits like resplendent saris and rainbow-colored goggles. They carried an enormous rainbow banner and placards with slogans like, “Keep calm and be gay.”  A street band banged out a teen maar, a kind of rhythmic drumming traditional to Telangana, and a bearded devi, painted in turmeric and possessed, swung around two thick whips. The march began at the city’s Hussain Sagar lake and wound its way through residential lanes, as curious heads poked out of bus windows and slowed-down vehicles.

“This is a very Telangana-specific Pride, where we are prioritising the visibility of working-class queers,” said Karthik, a transman who teaches neuroscience at Hyderabad Central University and helped organise the event. “Working class transwomen have been the historical leaders of the movement. Go to any village in India, and you might not find a single TV, but you will find a hijra.”

The event organisers said they hoped to bridge what they identified as a burgeoning class divide in India’s LGBTQ movement. “Most of the queer community is working class, but you wouldn’t know it if you went to Pride in a city like Bombay,” Karthik added. “There’s an emerging, elite gay movement in the cities that risks hiding these other identities.”

India’s queer movement balances a complex tray of struggles, as some communities are historically visible but marginalised, while others are shunned into secrecy. This is compounded by law. Although the Supreme Court recognised a third gender in a landmark judgment last April, the government has since objected to the ruling, and activists say the judgment has not been implemented.

The violence of unequal opportunity

Chandramukhi, one of India’s few hijra television presenters said that discrimination often kept transgendered men and women – who tend to be more visible than gay or lesbian people – from finding jobs. “I’m here to say that hijras are equal in society,” she said. “But we’re not getting any opportunities to work because of our visibility – unlike gay and lesbian people, we wouldn’t get hired in a corporate setting, for instance.”

The lack of work opportunities nudges many hijras into the sex trade, where they faced constant risks to their lives apart from dangers like HIV. The Telangana Hijra Transgender Samiti, a transgender rights group in Hyderabad, says that in the past six months over 40 violent attacks targeted transgender women in Hyderabad.

Early on the morning of January 17, a young transwoman named Pravallika was murdered by a group of unknown assailants, with no apparent motive.  Pravallika had graduated from college, and even studied towards an MBA, but she could only find work in the sex trade, her friends say, because most “decent” establishes bristle at hiring hijras. The next outrage happened three days later, when police investigating Pravallika’s murdered summoned another sex worker for questioning.

According to the Hijra Samiti, they stripped her in order to check if she was “really a transwoman,” and forced her to remain nude for several hours, despite her being HIV positive. Police officials were not available for comment, although an investigation is ongoing.

“Pravallika represents hundreds and thousands of hijra people being threatened and attacked every week,” said Navadeep Bharat, a transgender rights activist. “Why is the LGBT community such a threat to you? Why is a straight man so threatened by a hijra, someone born as a man, who then puts on a sari and gracefully walks onto the street? Maybe because they need to overwrite their own fears – the whole masculinity of men is constructed by completely submerging their femininity.“

The LGBTQ community and its allies weren’t the only ones to attend the Hyderabad Pride march. Dalit leaders were there too. Kancha Ilaih, an academic and activist for dalit rights, gave a speech emphasising that the Constitution protects all citizens equally, whether they are Dalit or queer.

The Hyderabad Queer Pride march concluded as night fell, at a stage outside the city’s Indira Park. Dancers performed to the beats of popular Telugu songs; speakers rallied the crowd. The issues that participants raised were very local, or regional – perhaps to suggest that a movement could be part of a national effort while still requiring a unique identity.

“What people haven’t realised is how different regions interact with queer communities,“ said Romal Singh, a media consultant from Mumbai who organises gay events in Mumbai and Bangalore. “Hyderabad and Chennai have old hijra communities, whereas in Bangalore it is a nonstop battle for people to accept transpeople in society. So in some places it is important to push hijra issues forward, and in other places we need to elevate other queer communities. The queer movement across the country tends to be very open and socialist, but maybe we need to geolocalise.” 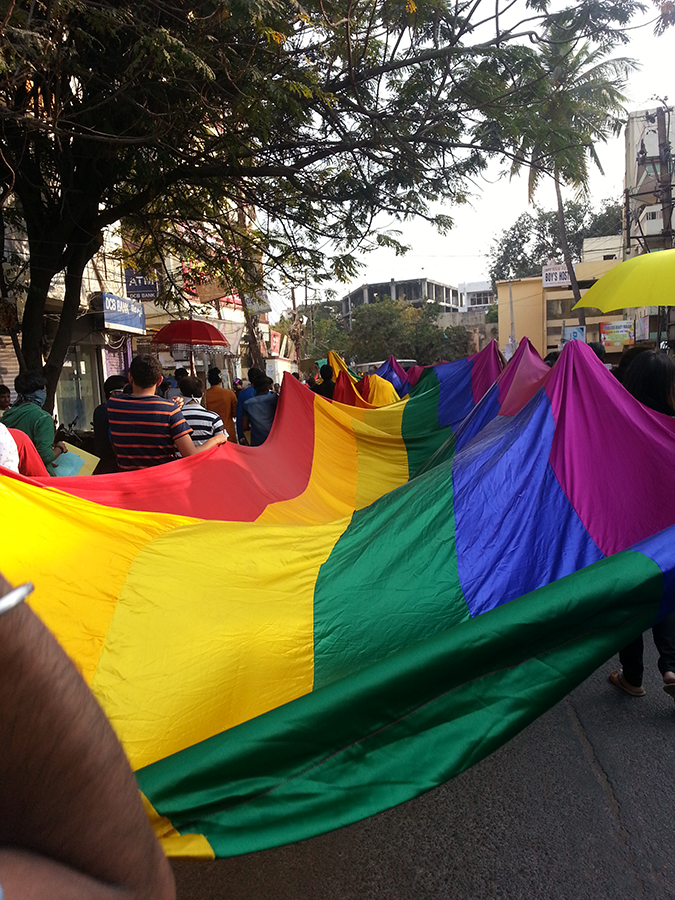 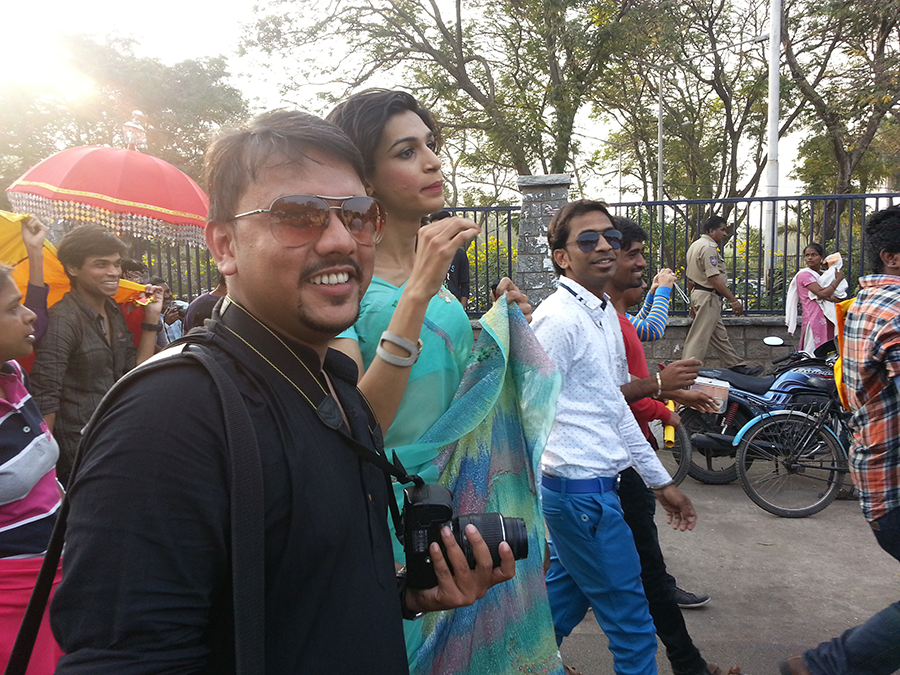 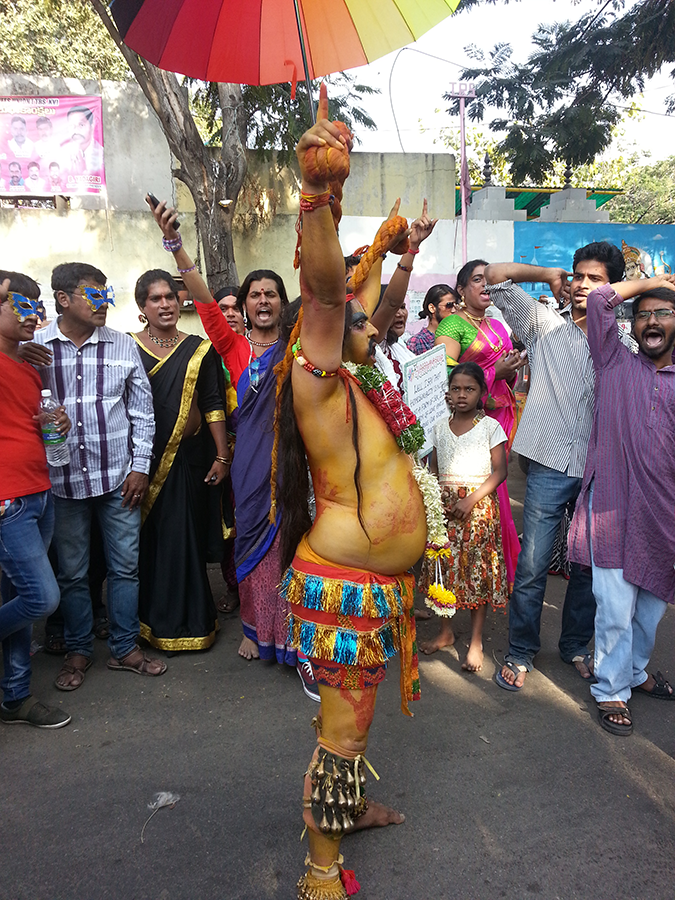 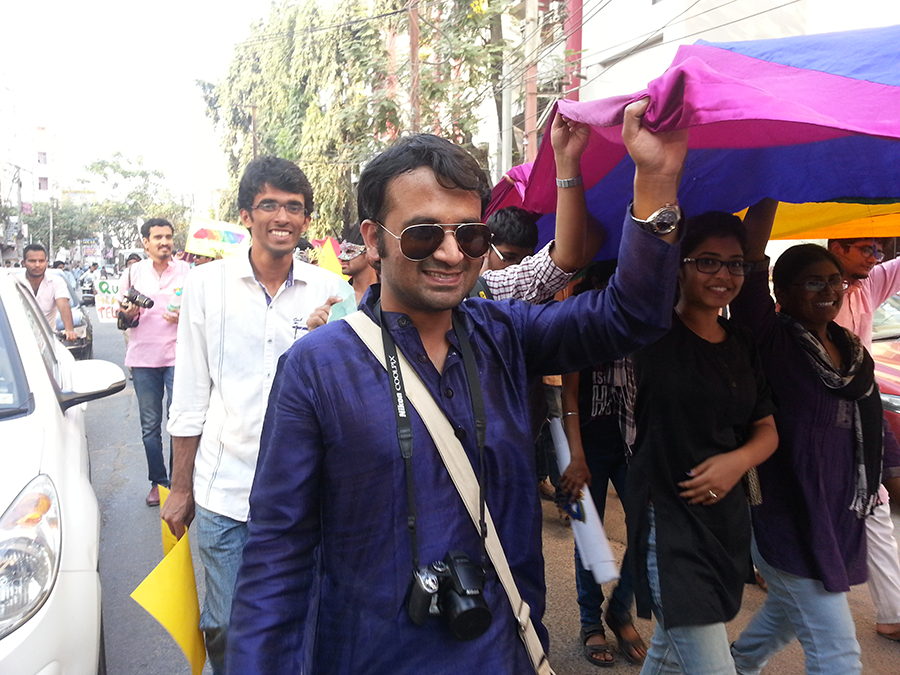 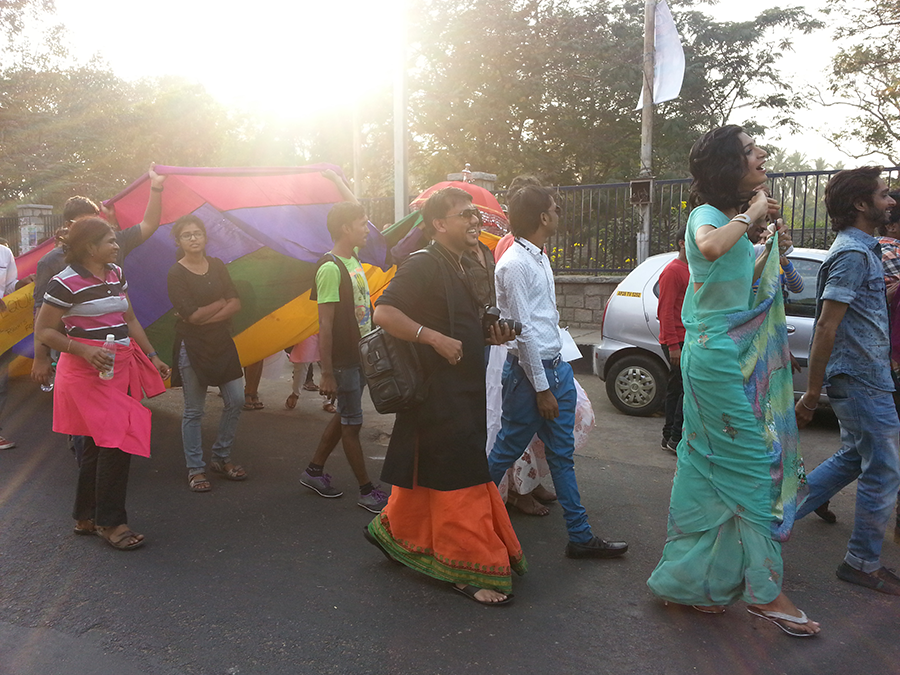