Contribute Now
Ad
It is going to be an eventful Valentine’s Day in Delhi this year. Young couples could be put to a test of their love by a right wing Hindutva outfit, Akhil Bharatiya Hindu Mahasabha, which has threatened that those declaring love on Facebook will be married off.

It hasn't taken long for the East India Comedy group to sit down some (imaginary) beneficiaries of this initiative for a series of interviews.

For some, though, this is more of an opportunity to lampoon the Hindutva outfit and they have set up a Facebook event:

Why give the Hindu Mahasabha volunteers so much trouble that they have to look for us who are in love, those of us who have been battling so many hardships of family, money and society in our dream to 'dutifully' marry the one we love?

All struggling lovers of the world and otherwise! Lets gather in heartfelt gratitude outside the Hindu Mahasabha's head office on Mandir Marg (how apt!) (Closest Metro: Ramakrishna Ashram Marg) this Valentine's Day for the most EPIC mass marriage ceremony Delhi will ever see! 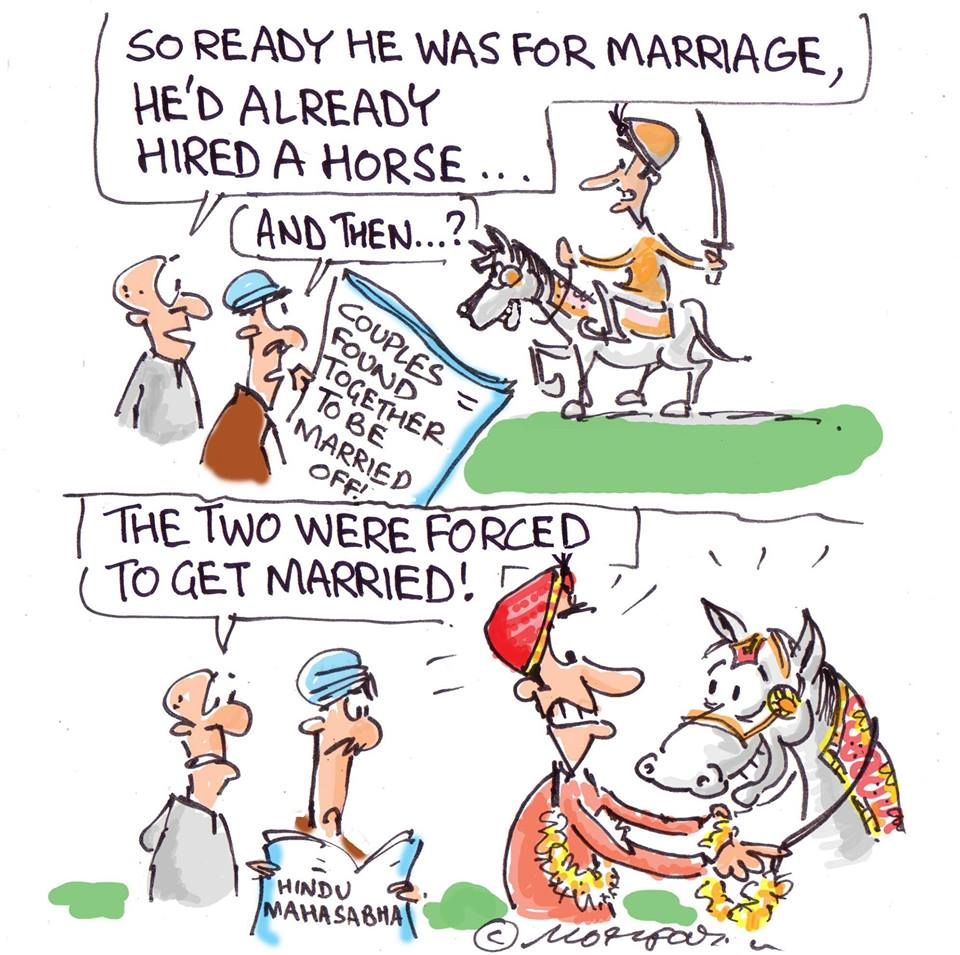 The event has been receiving a lot of RSVPs and comments from youngsters. Scroll spoke to some of them. “I want a Hindu style wedding with lots of fish because I am a Bengali and I can’t live without it,” said Shibayan Raha, an activist who plans to land up outside the office with his friends, three of them male and one female. Raha said that he is planning to test Mahasabha’s claim that people holding hands would be forcefully married. “I would like to see how they end up pairing us as we will hold our hands and stand there, visibly in love with each other.”

Raha is not alone. Some others said that they are hoping to get their homosexual friends married on the day, taking the Mahasabha up on its offer. “Me and my boyfriend are very excited to finally get a chance to get married finally, now that Mahasabha is going to recognise our love,” said a hopeful 25-year-male old, requesting anonymity, but tongue firmly in cheek. “Our parents would never approve of this relationship, but now we have some hope.”

His playful hope, however, shall remain just that since the Mahasabha President Chandra Prakash Kaushik had earlier clarified to Scroll that no same-sex weddings would be organised. "We are not going to become a party to this illness by getting them married," Kaushik had said. "We will give them a chance to go seek counselling and medication, this is a disease that needs to be treated."

Those who can't reach the Delhi event don't want to be left behind either . “Does anyone know where in Mumbai should I hang out with my girlfriend so we can get married? I'm anyway planning something really low budget,” posted Abhishek Singh.

Aritra Mukherjee wondered if he could get a Christian Church wedding as that is what his girlfriend desires. “I will come dressed in my tuxedo and she wants to wear a gown,” he said while speaking to Scroll. He further added that he isn’t actually looking for a wedding but the mass gatecrash could scare the outfit from making such statements. “These groups have become guardians of our behaviour and the only way to silence them is to challenge them.”

Avantika Tewari, a political science student at the University of Delhi, was blunt: “I don’t need their license to love,” she said, adding that even if it is a western concept, a day for love shouldn’t be rubbished. “Love is not the exclusive right of the westerners as the Hindu Mahasabha believes.”

Previously, youths across the country have been subjected to violence and use of force by similar groups who have attacked the idea of Valentine’s Day, calling it a “contamination of Indian culture” and participants feel that the government needs to intervene. “Since the Modi government has come to the power, the Hindutva right wing has gained more weight in our societal affairs,” said Shehla Rashid, a political activist from the Jawaharlal Nehru University.

“I want them to organise a Kashmiri wedding for me with mutton in the main course,” Rashid said. “If the Mahasabha can save costs on weddings and fulfill wishes of all the lovers in this country, then why shouldn't they?” she added rhetorically.

In case you were wondering, here is the invitation being distributed among the participants. 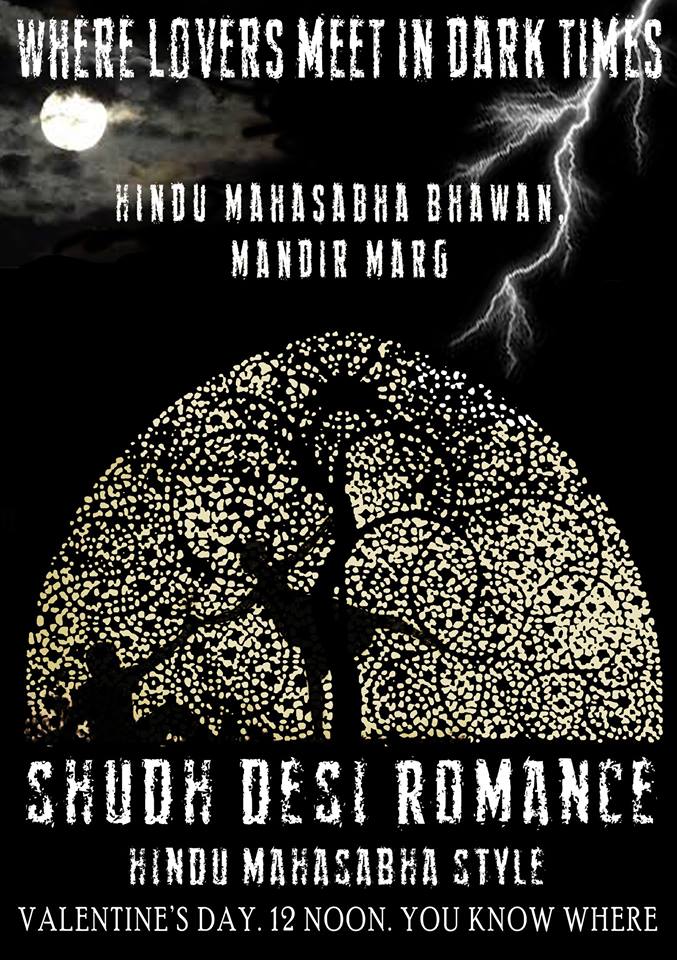