Contribute Subscribe
Ad
One of the first things that Arvind Kejriwal requested in his speech after taking oath of office as Delhi chief minister was legroom to work without media scrutiny, adding that the tasks identified by his party had not been addressed by others in the last 65 years.

While the Aam Aadmi Party had campaigned massively on promises broken by other parties,  Kejriwal himself sought a honeymoon period from the media, asking them to not expect “timelines” for the work he wants to do, even as he promised that he and his party would work "24 hours a day if necessary".

The Delhi chief minister clearly realises the burden of sky-high expectations with 95% of the seats in the Delhi assembly in his kitty. After all, AAP has promised two lakh toilets, 10 lakh closed-circuit television cameras, 500 new schools and 30,000 hospital beds, among multiple other things that include providing skill based training to 11 lakh people so that they could be gainfully employed.

These promises proved lucrative enough for the Delhi voter to vote in the party, which could only last 49 days in its first stint, with an unprecedented majority.  The sheer scale of the effort involved in fulfilling these becomes clearer only when we take look at some of the promises for specific areas.

The following chart provides a reality check, detailing some of the promises and what AAP would have to do to fulfil their monthly targets: 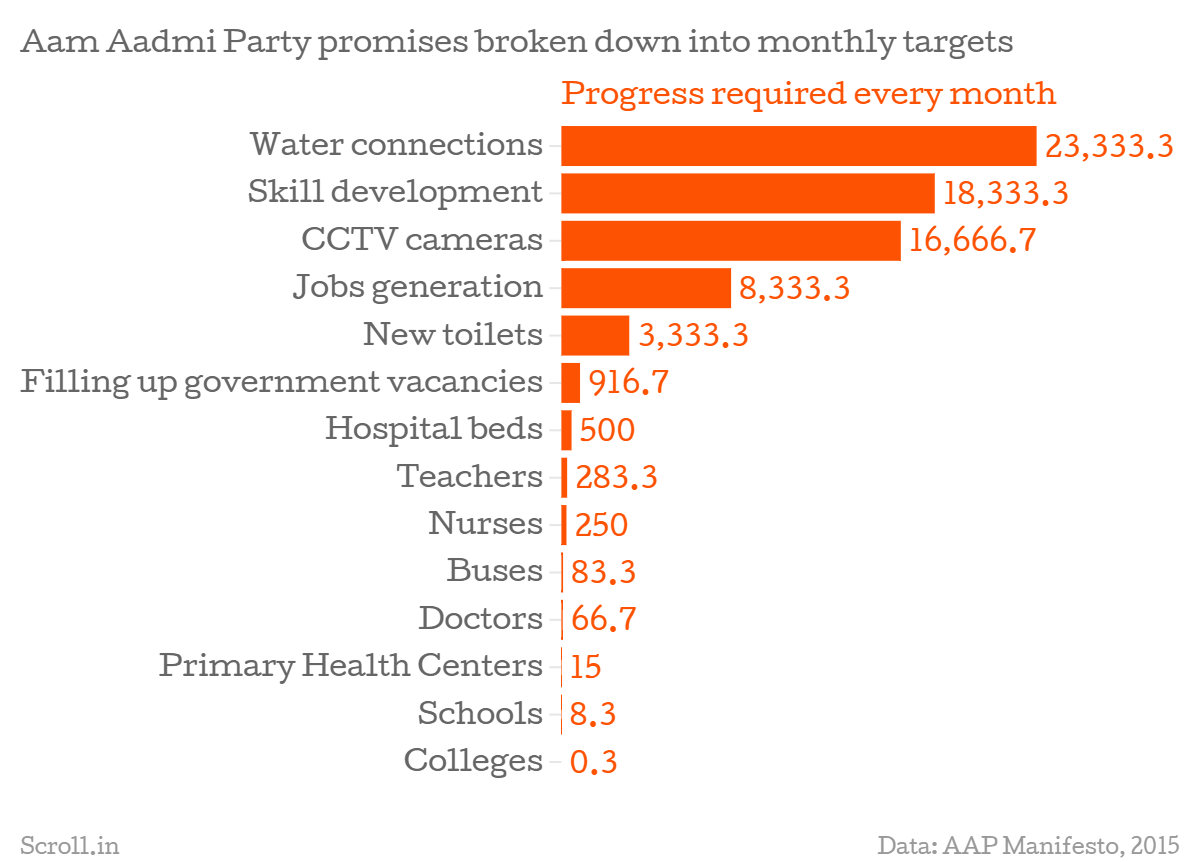 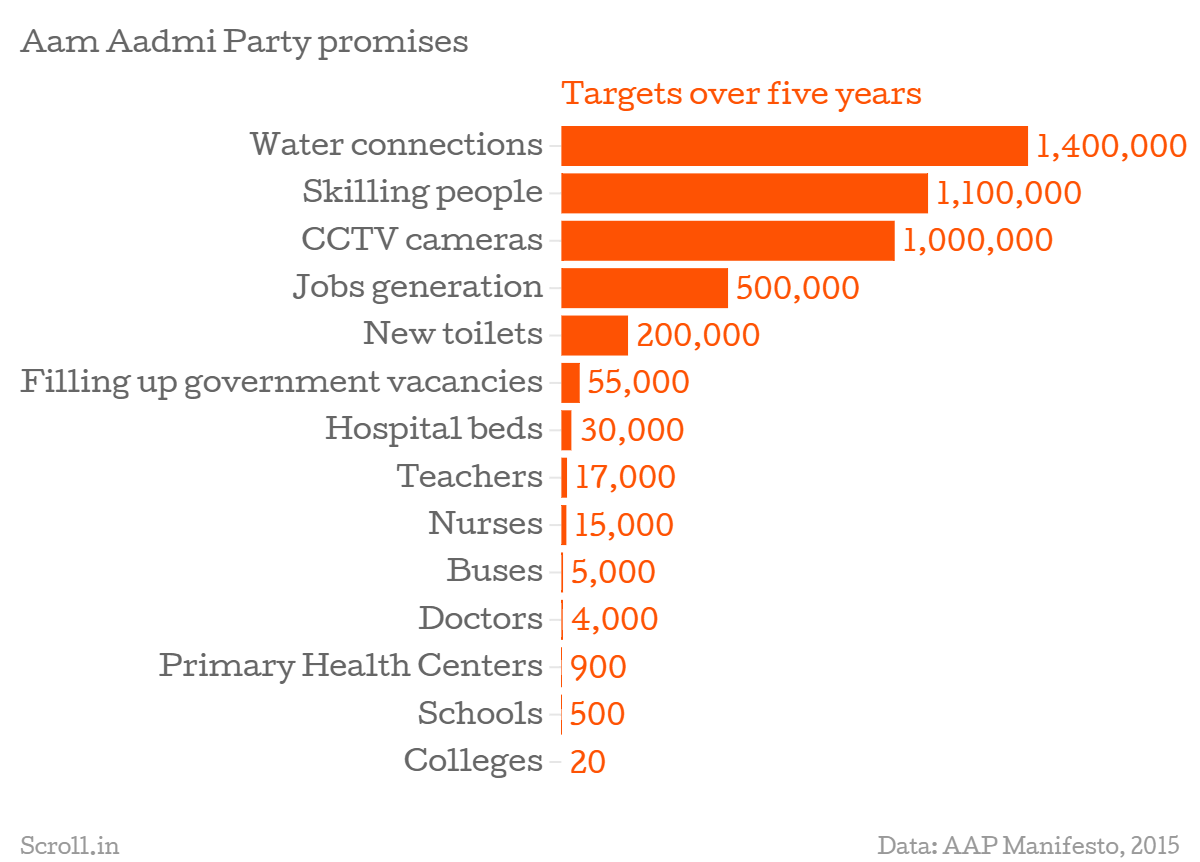 Let's not forget, these are only some of the promises and the party had also undertaken to provide free Wi-Fi to the whole city, and free "lifeline" water as well as 50% reduction in electricity bills.

Delhi has plans to make Connaught Place a car-free zone. Why can't other cities follow its example?