Feb 18, 2015 · 11:32 am
Scroll Staff
Not since former home minister Shivraj Patil changed once too often has a politician's sartorial sense become such a newsmaker. But then, with Prime Minister Narendra Modi, everything's a little different. Modi met US president Barack Obama earlier this year wearing a pin-stripe suit with each stripe actually being his own name spelled out over and over. The suit immediately became a talking point, and even turned into an election issue after opposition politicians began calling it the Rs 10 lakh suit, based off a less-than-reliable report in the media about its cost. 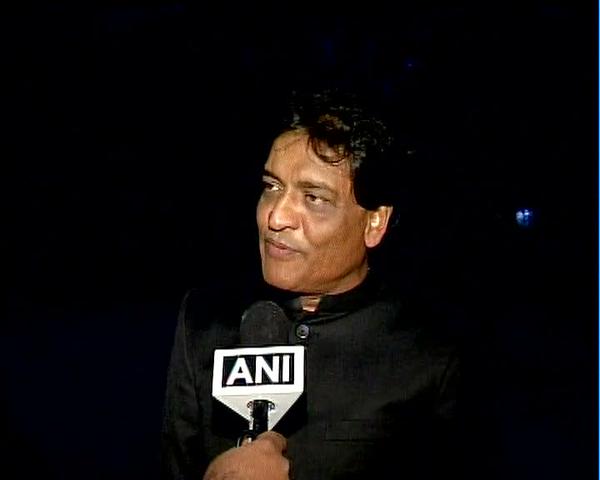 On Wednesday, news emerged that not only would Modi be auctioning the suit off for charity, we also get a chance to be introduced to the person whose idea it was. Meet Rameshkumar Bhikabhai Virani, director of the KARP Group which manufactures and markets polished diamonds and diamond jewelry. The Non-Resident Indian businessman told ANI that he gave the suit to Modi as a "surprise" gift, earlier this year.

"I presented this suit to him (Prime Minister Modi) when I attended the recent Vibrant Gujarat Summit. I gave it while extending an invitation to him to attend my son's wedding on January 26," Virani told ANI. "I gave this gift to my elder brother (Prime Minister Modi) on behalf of my son. My son had this idea of making this monogrammed suit. He said he wanted to give a surprise to Modiji."

Not the correct amount

Virani says his son, Smit Virani, who also works at the KARP Group, was set to get married on January 26, when Modi was meeting Obama, so, although the prime minister didn't get a chance to attend the wedding, he did wear the suit on the day. Virani also claims Modi told him at the very start that the gift could end up being auctioned to charity.

"While accepting the suit as a gift, he told me that he (Prime Minister Modi) was very busy for the next two to three days, but promised to wear it. But he also said that he will give the suit to charity," Rameshkumar told ANI. "The fact is that Modiji wore this on the day of my son's wedding on January 26. It was a blessing for us. There can be no price attached to this."

Virani, however, failed to shed light on the cost of the suit although he added that the amounts being reported were exaggerated. "People can say anything. I can confirm that what is being said about its cost is not the correct amount. My son does not have the guts to spend that kind of money or that amount," he told ANI.

The Viranis claim to have known Modi for four decades, and are themselves a rich, influential family. The KARP Group has offices in Belgium, Switzerland, China, Taiwan, Dubai, apart from India. The wedding that Modi was invited to was reported to have been one of the most lavish in Muscat in recent times.

"The Virani family, which runs a diamond and gemstone empire across India, Hong Kong and Belgium, did not take over the hotel, but flew in about a thousand guests from around the world for the wedding of the family scion Smit Virani with Chandni Amin," the Muscat Daily reported. "That evening was a dazzling affair with Bollywood celebrities Dia Mirza, Aarti Chhabriya and Mouni Roy performing their best moves. Vishal and Shekhar ended the evening celebrations belting out their favourite Bollywood numbers. The British Barat Band was specially flown in from London to perform on the final night."

The suit will be up for auction by the Gujarat government today, and the proceedings are set to go to the Clean Ganga project. It is not entirely clear why it took so long for the details to emerge in public.

At auction for Modi’s ‘10-lakh’ suit, the highest bidder is a man once raided by income tax officials